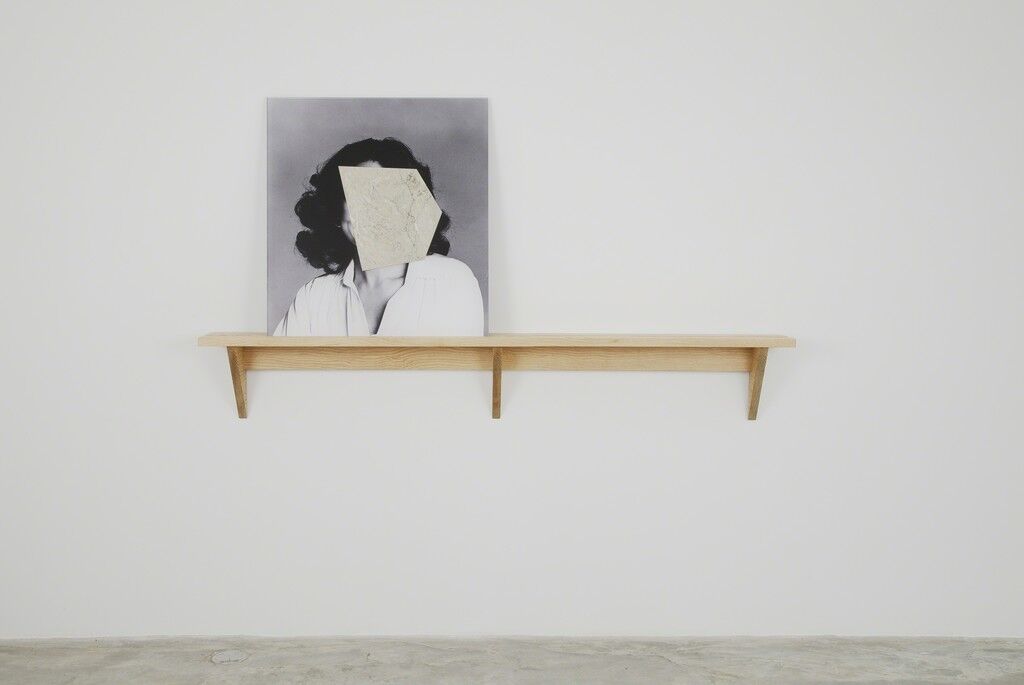 Marlo Pascual
Untitled, 2014
Galerie Rodolphe Janssen
In a city where there is little art production, much less legal provision for galleries until recently, and a skeptical local market, Art Dubai has somehow fostered a complete art scene in the United Arab Emirates. Where there was once was oil, sand, and glass, there are now pop-up performance spaces, opening night parties, and thriving warehouse galleries—and Art Dubai sits at the center of all of this. Now its ninth iteration is set to open on March 18th with 90 mainly mid-sized galleries from Baku to Beijing, Mumbai to Madrid, in three categories: contemporary, modern, and the regional focus, Marker. 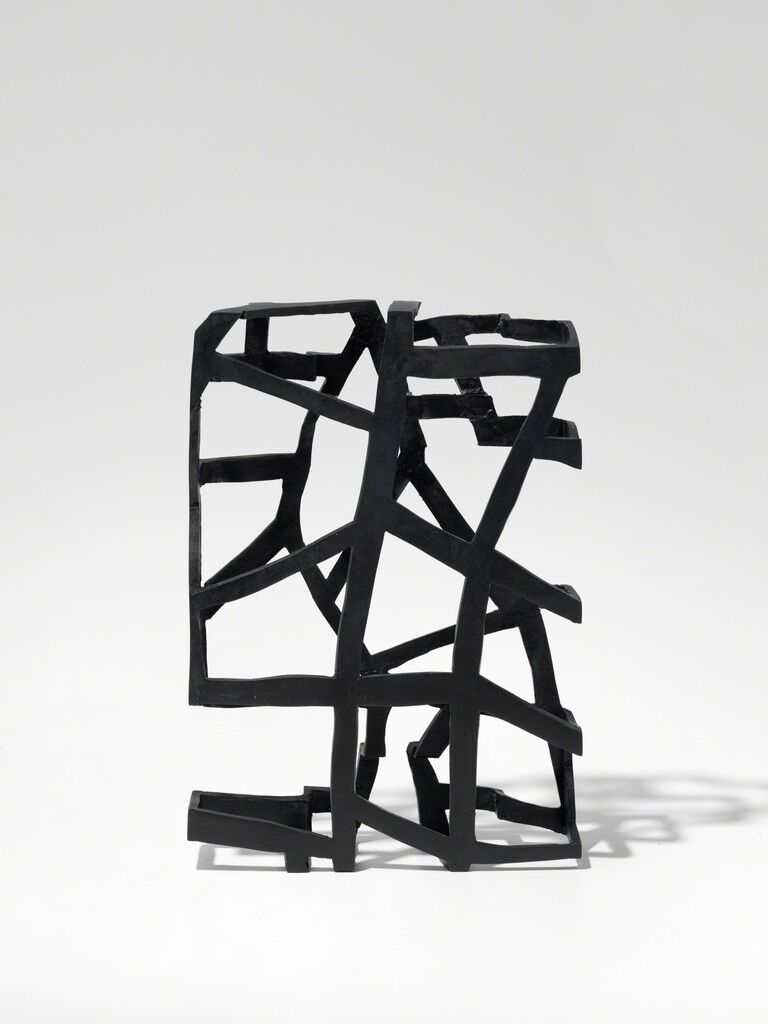 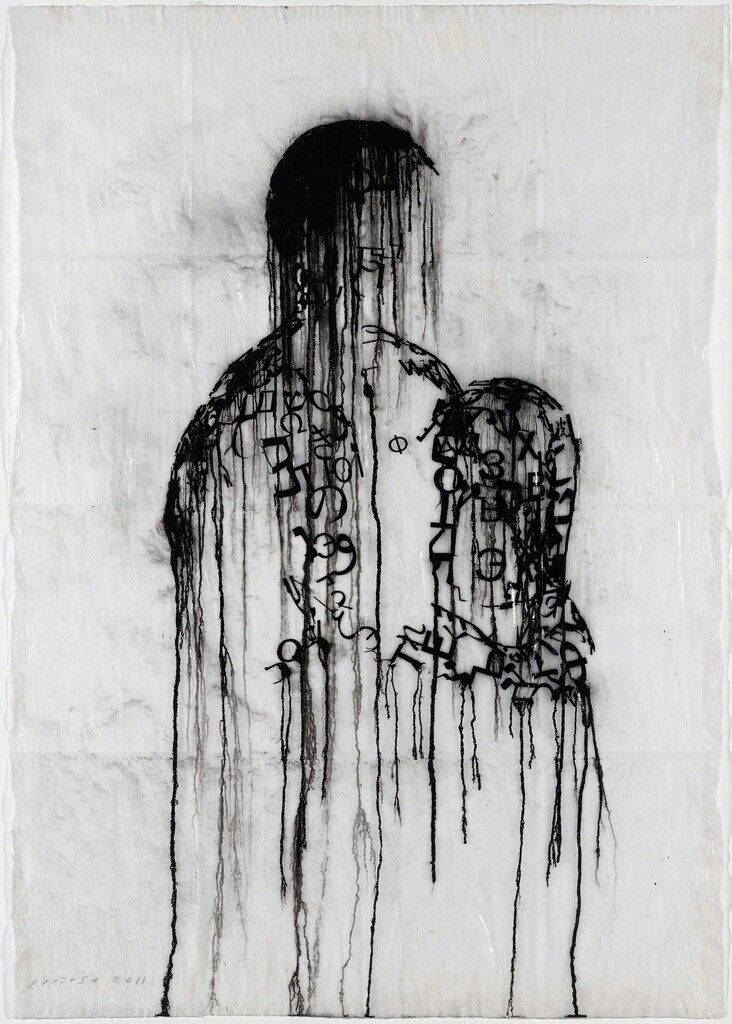 Jaume Plensa
Ombres VII, 2011
Galerie Lelong
Around this central commercial hub revolves a mini-universe of nonprofit artistic bustle and activity including commissioned projects, film and radio programs, residencies, an “art school” (Campus Art Dubai), the Abraaj Group Art prize, and an esoteric talks program, the Global Art Forum. And if this wasn’t enough, this year the event coincides again with the 12th Sharjah Biennale in the neighboring emirate, headed up by Sheikha Hoor al Qasimi and, this year, curated by Eungie Joo. Zooming out further, there’s a Gulf-wide program of events under the banner Art Week—including Design Days Dubai, specializing in collectible design, Emirati art at SIKKA Art Fair organized by Dubai Culture & Arts Authority, and Galleries Nights, with 40 new exhibitions across Dubai.
The Western contemporary art fair model has undergone some major refitting and alterations before being grafted onto the Gulf art-scene’s infrastructure that is booming, stagnating, accelerating, or floundering, depending on whom you speak to.
“I think when it opened it was the right time, the right place,” says Rose Issa, the venerable London-based dealer who has specialized in Iranian art over the past four decades and has been an Art Dubai regular off and on since the start. “The Middle East was gradually being destroyed by wars, occupation, fanaticism, lack of positive change, and economic decline. So Dubai in the Gulf became a meeting point for all the young brains of the region. For many years, it was like the Hong Kong for Iranians.” 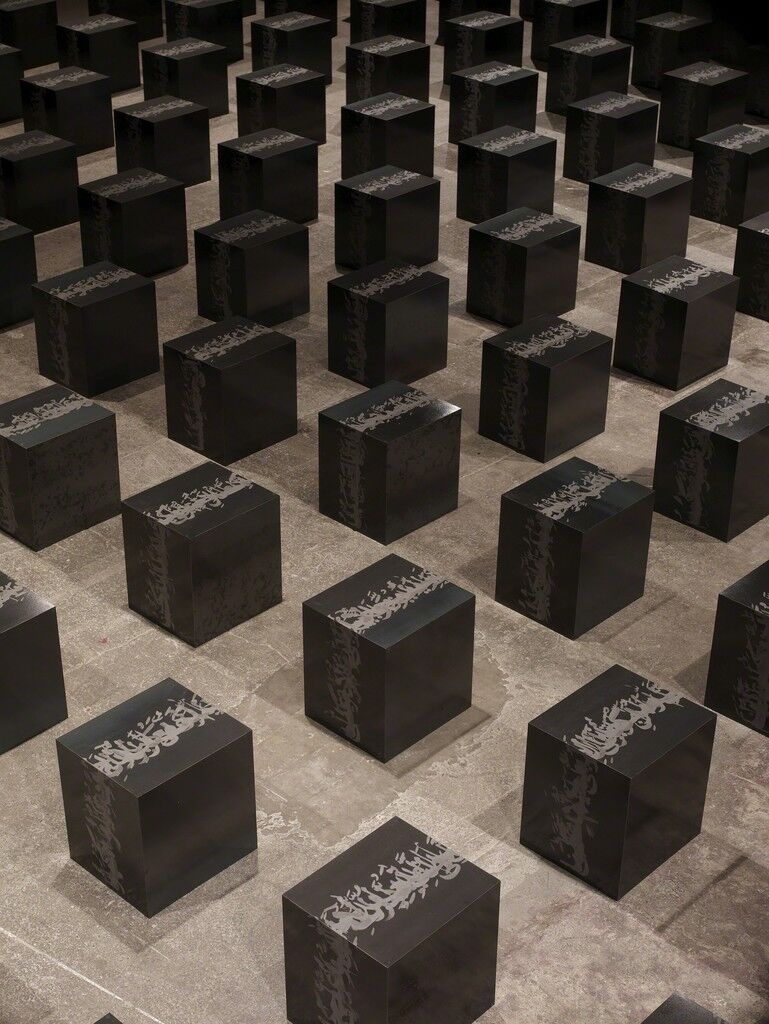 Idris Khan
Seven Times, 2010
Victoria Miro
Advertisement
A decade ago, it all was so rosy. Flush with wealth amidst a city with seemingly unstoppable economic growth, the DIFC Gulf Art Fair launched in 2007—and was immediately not a hit. Scores of art world names were jetted in alongside a small clutch of global gallery brands to a mainly curious, but tepid local response. It seemed the fair was destined to become a short-lived bauble in the city’s hectic development. One of those who witnessed it from the start is Mohammed Hafiz, the founder of Saudi Arabia’s Athr Gallery, for whom the fair has provided a consistent launchpad to expose and promote the rather under-appreciated artists from the Kingdom.
“When Art Dubai launched in 2006, [contemporary] art in the Arab world was a novelty. And when it was very new, everyone was jumping on this, latest craze, they didn’t know much about it. But then after the economic crisis in 2009, people started getting much more smarter about what they were buying. And you can’t just look at Dubai in isolation from the other emirates, it’s all interconnected—the Sharjah Biennale, the museum projects in Abu Dhabi, and so on…” 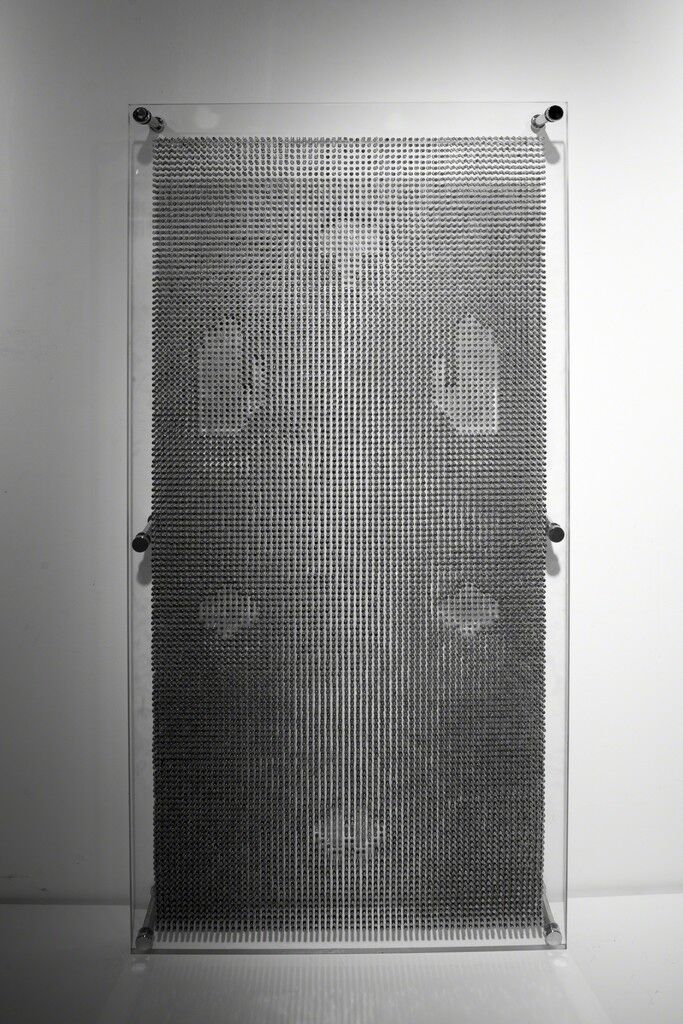 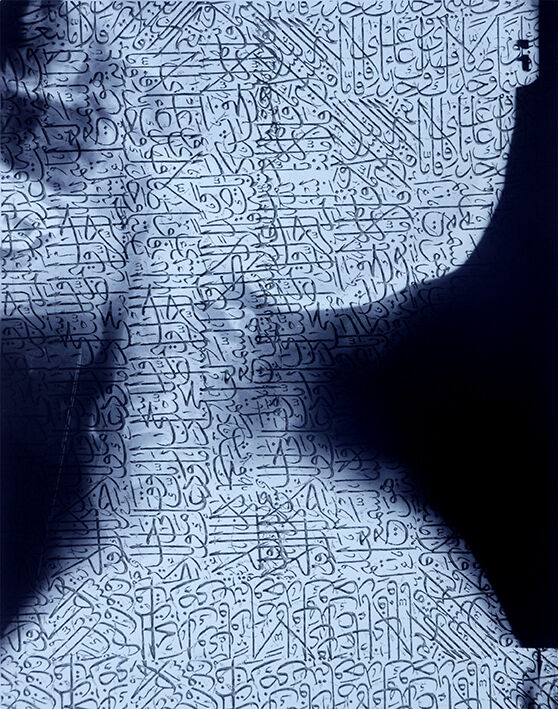 Ahmed Mater
Pre-Illumination 10 , 2015
Athr Gallery
It was the introduction of a slice of state funding via the financial arm of Dubai’s government, DIFC, in 2007 that saw the fair go “supercharged,” as John Martin, founding director of Art Dubai, described it. In came a more focused lineup of galleries, pitched at local, Asian, and Far Eastern collectors especially. The addition of the Global Art Forum and a change of name, to Art Dubai, sealed the event with the imprimatur of its ebullient host city. A couple of years later, the fair’s current director, Antonia Carver, took over with a mandate to educate, inspire, and reform artistic practice in the region. The fair flourished. 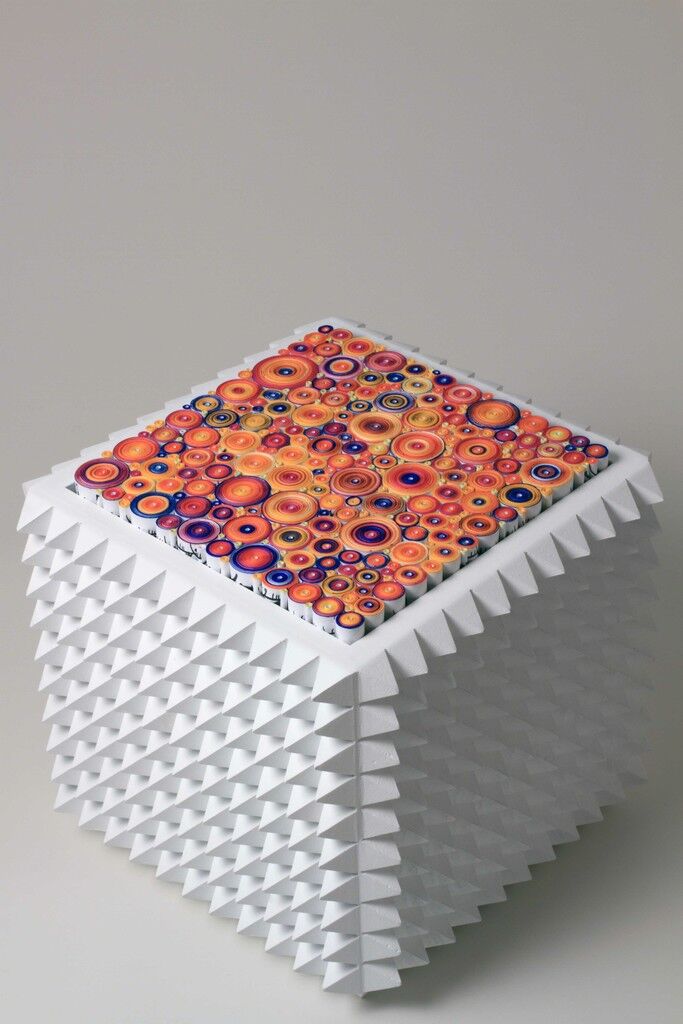 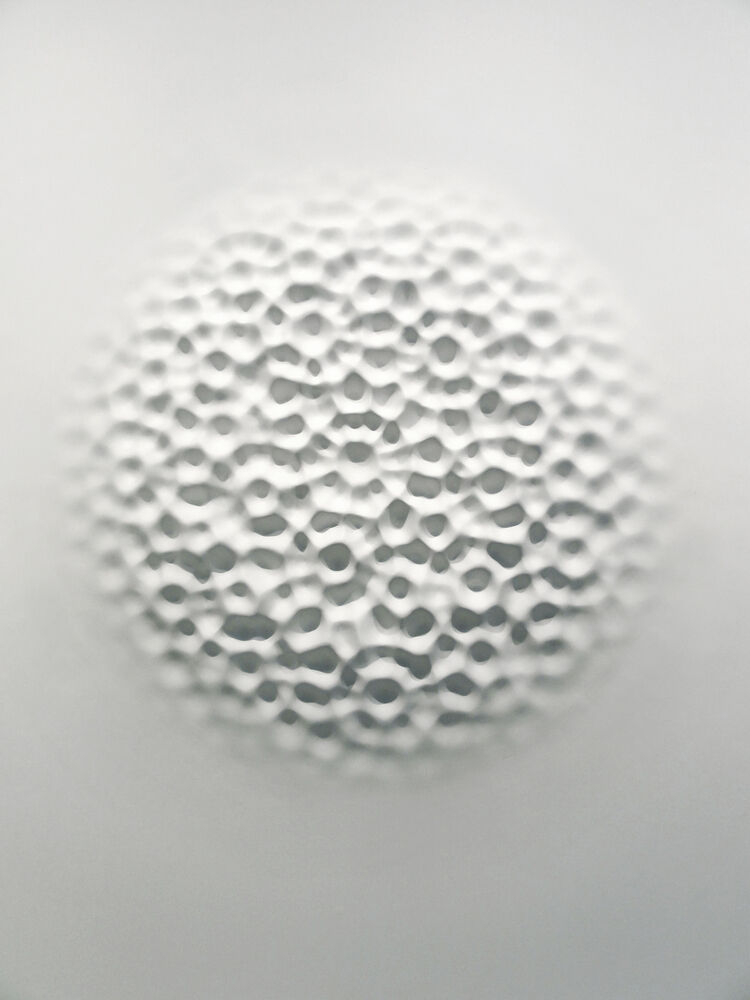 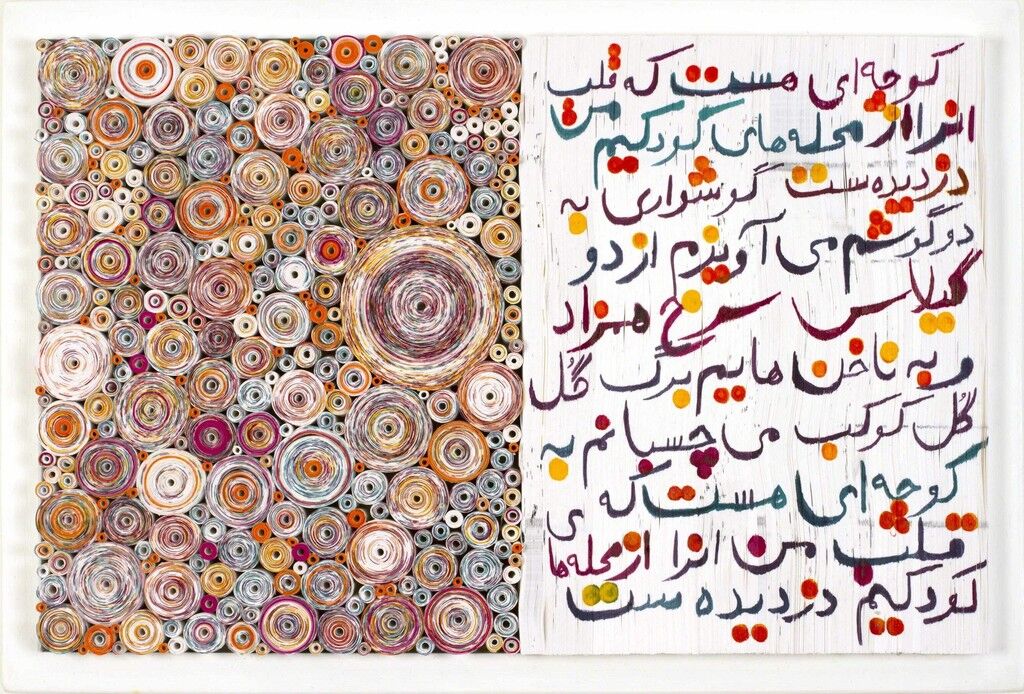 Hadieh Shafie
Forugh 7, 2014
Leila Heller Gallery
Today, one is less likely to see blue-chip international brands appearing at the fair—they tend to gravitate towards Abu Dhabi’s smaller event, Abu Dhabi Art, each November. But whilst recent years have seen an influx of global museums coming to purchase Middle Eastern contemporary and modern art at the fair, the first stirrings of what Sultan al Qassemi predicts will be a huge trend in the future, there is a rise in corporate collecting in the region. Re-calibrating the fair towards younger galleries and artists has naturally chimed neatly with the budgets of a new breed of collector, as New York’s Leila Heller, another long-time participant of the fair, avers.
“We have always met interesting regional and international collectors at Art Dubai,” she says. “I feel the new generation of young collectors really engage—they are very interested and curious. Their budgets might not be too high but they are starter collectors and that’s wonderful. And now all the young sheikhs and sheikhas are buying, and they are in their 20s!” 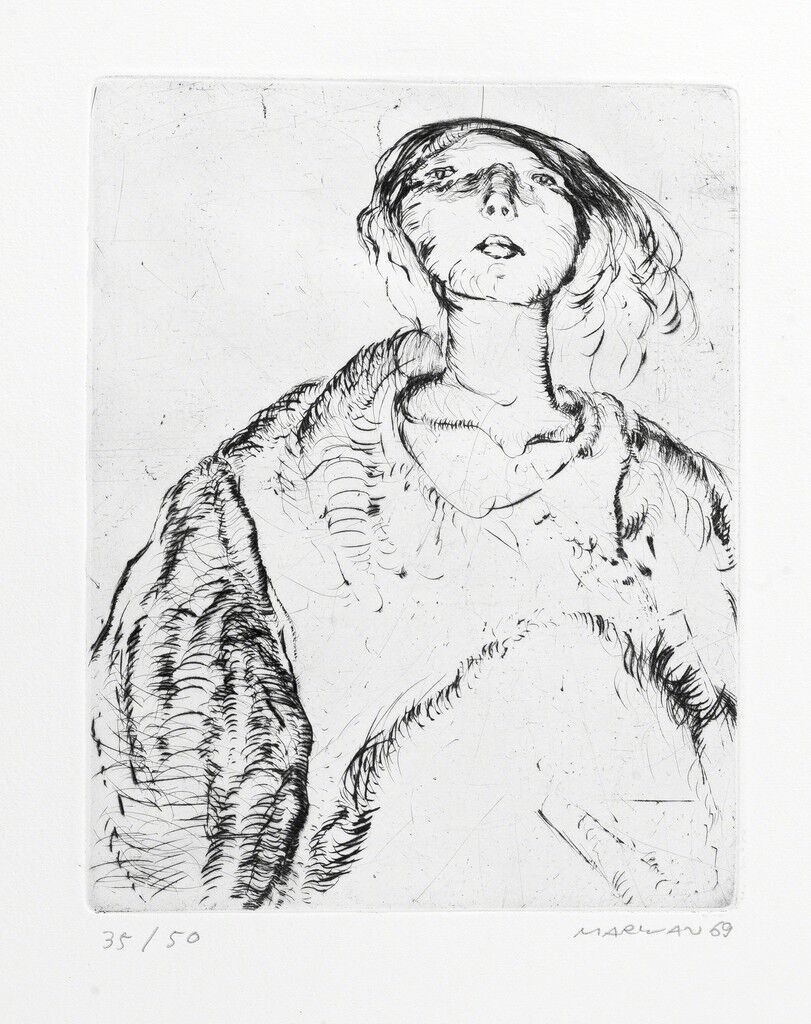 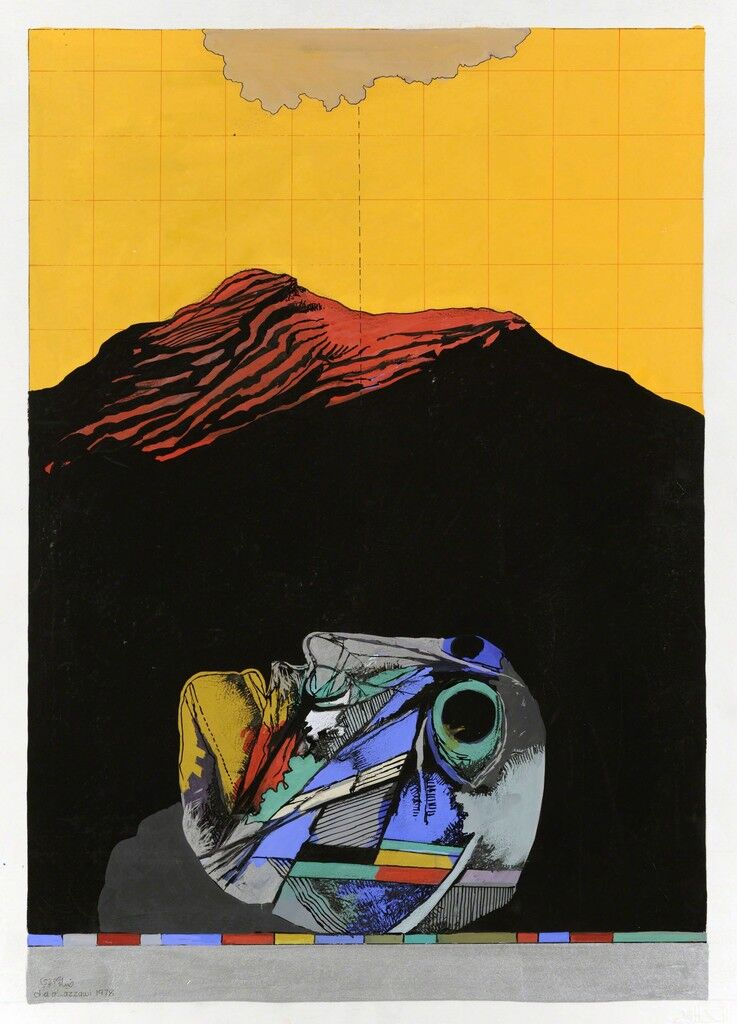 Dia Azzawi
Desert Landscape, 1978
Meem Gallery
Incidentally, Heller, who closed a vast exhibition complex that briefly supplemented her Chelsea HQ in midtown Manhattan last year, says it’s her “dream” to open a gallery in the UAE.
Amidst the accumulating momentum of the art scene—the galleries, fairs, biennales, auctions, and dealing—are those who wonder where exactly all this activity is taking the region in the future.
Perhaps one of the best-placed figures to chime in on this question is patron, collector, founder of the Barjeel Foundation and key figure in the Emirates’ cultural evolution, Sultan Sooud Al Qassemi. Al Qassemi, based in Sharjah, is charged this year with revitalizing the rather quixotic Global Art Forum program. A prolific blogger and proponent of social media, Al Qassemi sets out to address the rise of technology in the Gulf and beyond. 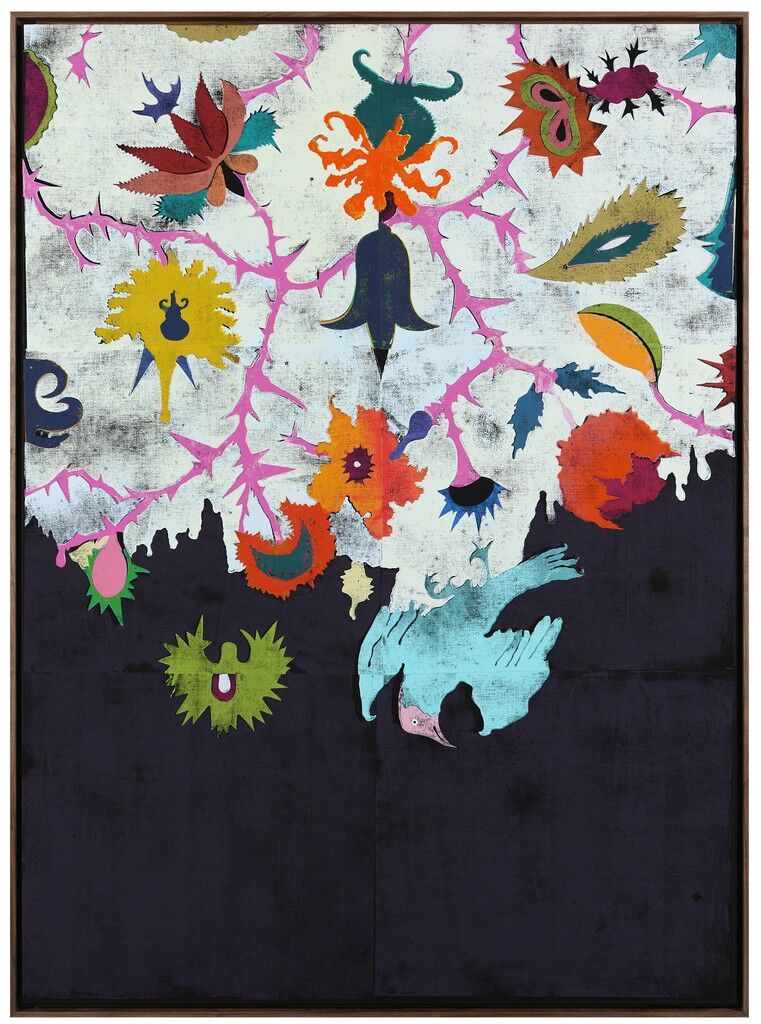 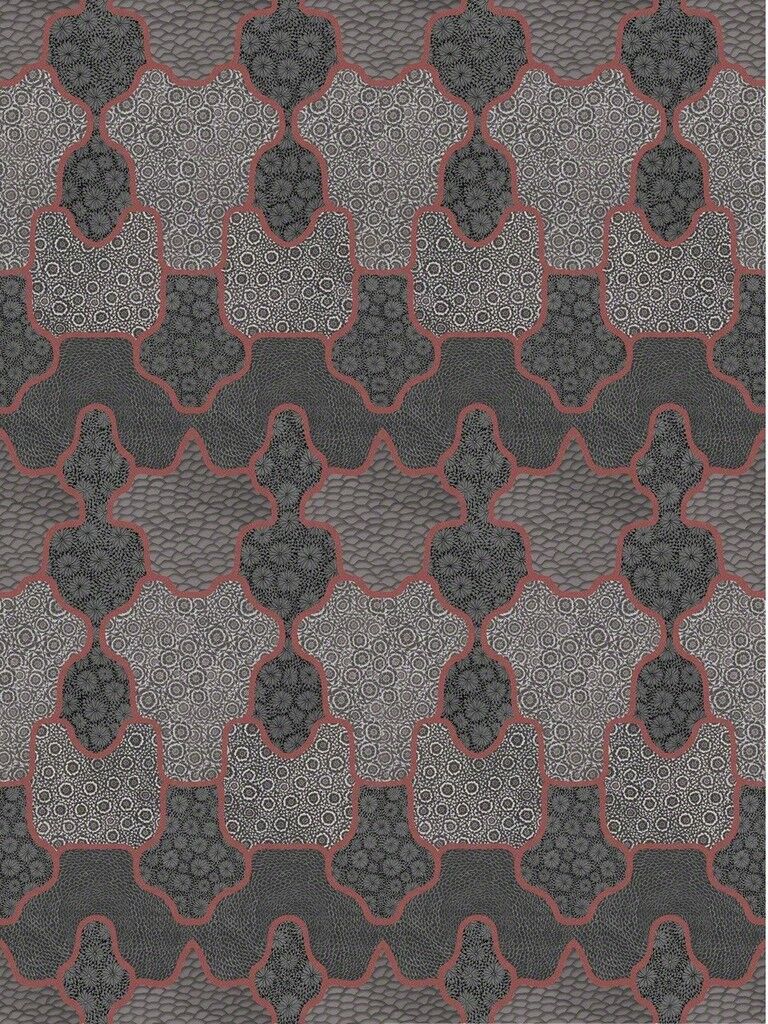 Alexander Gorlizki
2015
Jhaveri Contemporary
“We want to talk about whether technology in art is here to stay—or whether adoption of this technology is going to graduate to another phase as one of the main drivers of the art market in the Middle East and North African art world. Given the focus here is somehow Middle Eastern, we will have a number of major influencers in the art world and we will also have global names, from Google and the like, who will come and speak about how technology can be used for the benefit of the artists and the art world to archive, document, sell, exchange, share—all these things are happening today.” 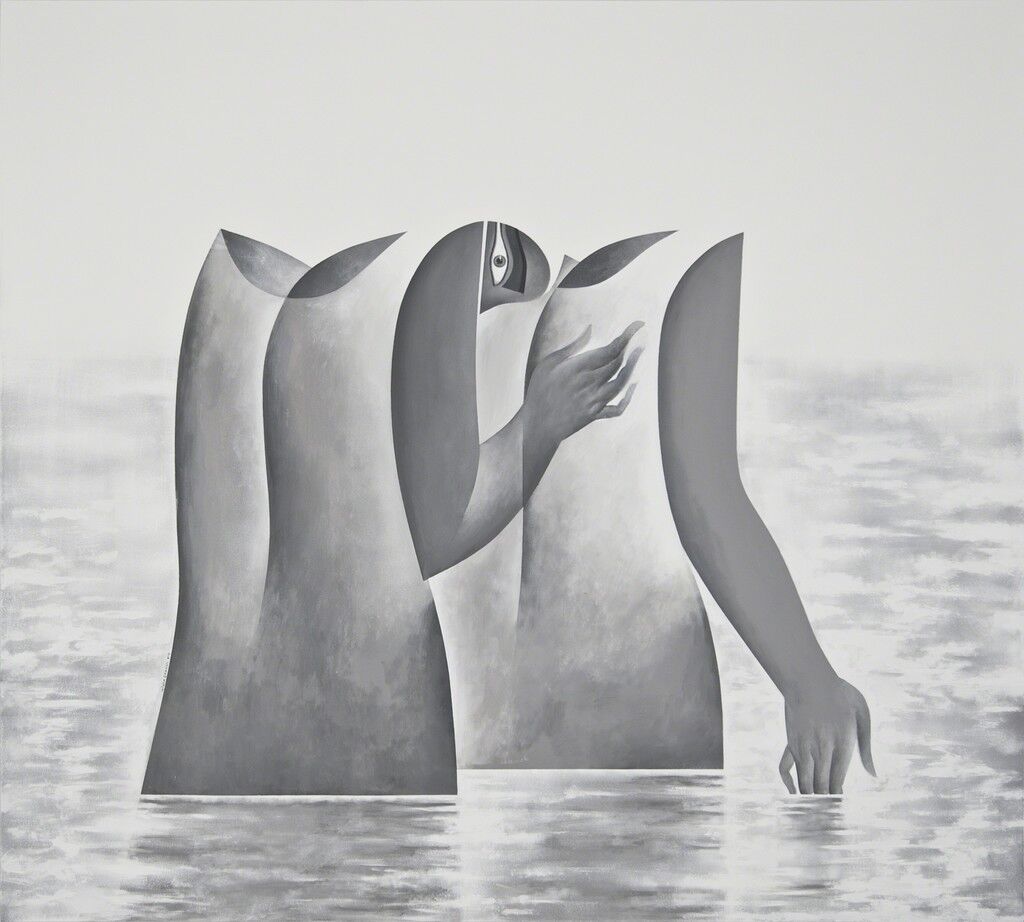 Safwan Dahoul
Dream 93, 2015
Ayyam Gallery
As Art Dubai continues to push forward, defining the Middle East’s cultural exposition, it emphasizes its home city’s relatively stable, calm, and politically tranquil nature, in a region where such attributes are in rather short supply. Dubai has proven that it has the assets needed to foment a sustainable market for future growth—but only assuming people keep buying Middle Eastern art and Middle Easterners themselves continue to support local and regional production as well. 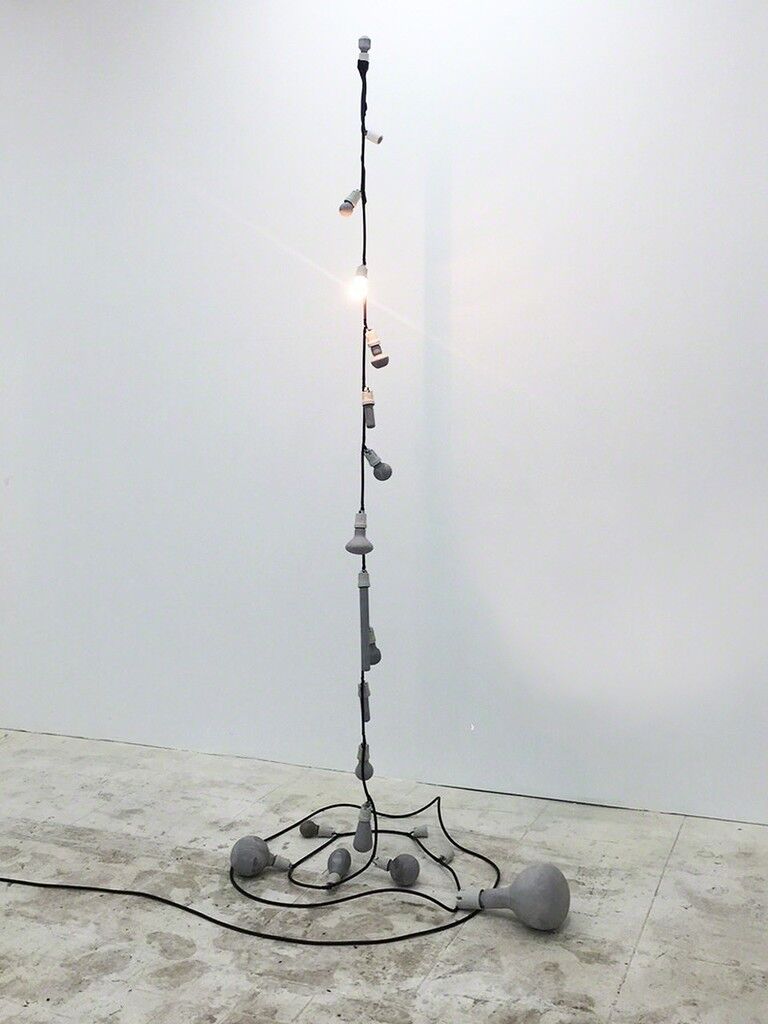