One morning early last year, an unusual amount of light flooded Daniel Garza-Usabiaga’s Mexico City apartment. Assuming that it was an exceptionally sunny day, he went about his normal routine. But when he stepped out onto his terrace, he saw that the massive tree that had once blocked his view—serving as a kind of airborne garden, providing intimacy, and keeping out dust and noise like a “green buffer”—had been mostly cut down by the electrical company. “I almost had a heart attack,” he tells me as we stand on the terrace, looking down at the remains of the tree. But Garza-Usabiaga, who is Curator of Visual Arts at the cutting-edge Museo Universitario del Chopo (El Chopo, for short), is hardly a stranger to change. When he was growing up in this same area—a central part of the city called Cuauhtémoc—it was a barrio-style family neighborhood. After the catastrophic earthquake that ravaged Mexico City in 1985, this colonia became abandoned. By Garza-Usabiaga’s account, urban renewal began in 1999; now it is a corporatized business district, home to the Torre Mayor (Mexico’s tallest skyscraper), the Mexican Stock Exchange, and the Mexican headquarters of global banking giant HSBC—not to mention heavy traffic and occasional water problems. 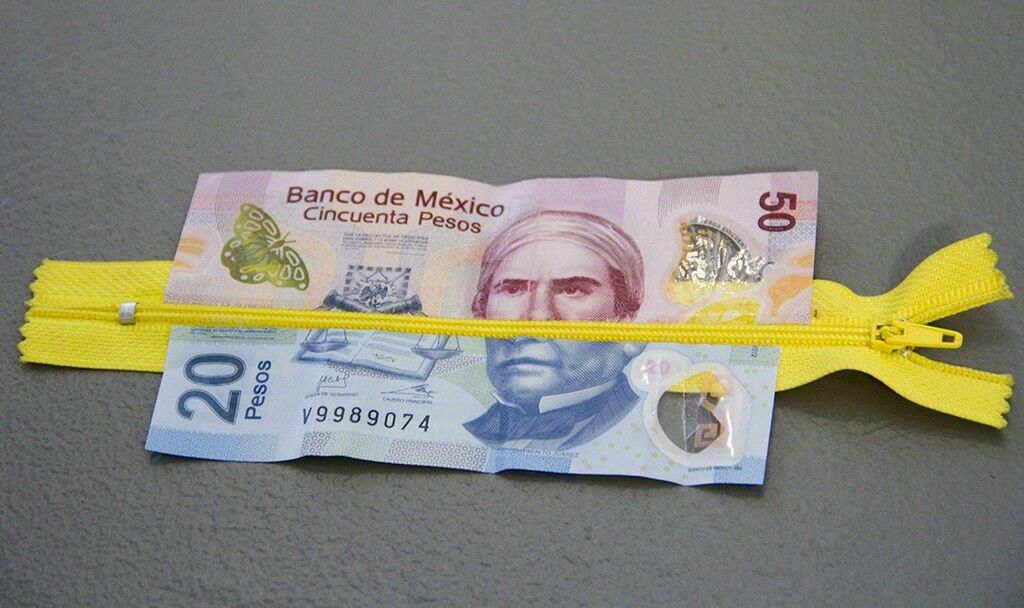 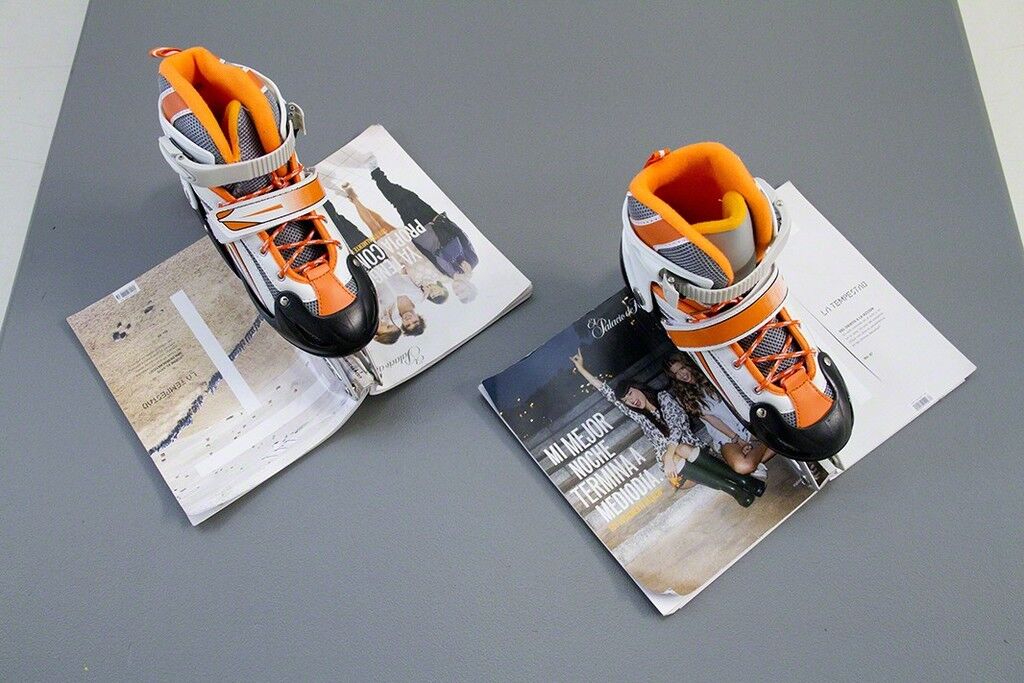 Daniel Aguilar Ruvalcaba
Tutorialess, 2015
"Tutorialess" at Museo Universitario del Chopo, Mexico City (2015)
Advertisement
In other words, the story of 21st-century Mexico, like that of many countries, has been one of the outside streaming in. The art world is no exception. Case in point: this week, gallerists, collectors, curators, artists, and others from around the world will come to Mexico City for Zona MACO, a major international art fair in its 12th edition. “I think MACO is super important,” Garza-Usabiaga says, “because it brought a different dynamic to Mexico.” Plus, he adds, “It activates other institutions. A lot of curators come and take the fair as an excuse to see other places and projects.” Garza-Usabiaga is ambivalent about change. He doesn’t like what is happening to his neighborhood, and has already purchased a house elsewhere. On the other hand, he believes that MACO—and its satellite fair, Material, which will mount its second edition this week with a host of interesting, independent galleries and programming by Triple Canopy—are great for the city, contributing to international collecting attention for Mexican art and heightened general interest in contemporary art within the country. Alongside established institutions like the Museo Nacional de Antropología—a dazzling and seemingly endless collection of pre-Hispanic art—the Museo Frida Kahlo, and the Museo de Arte Moderno, where Garza-Usabiaga worked from 2010 to 2012, a new wave of art spaces have begun to crop up in the city. Some are huge and corporate, like the Museo Júmex, one of the largest private contemporary art collections in Latin America, owned by Eugenio Lopez, heir to the juice company of the same name. Others are small, independent ventures, like Lulu, a project space named after a local juicer in the colonia Roma. 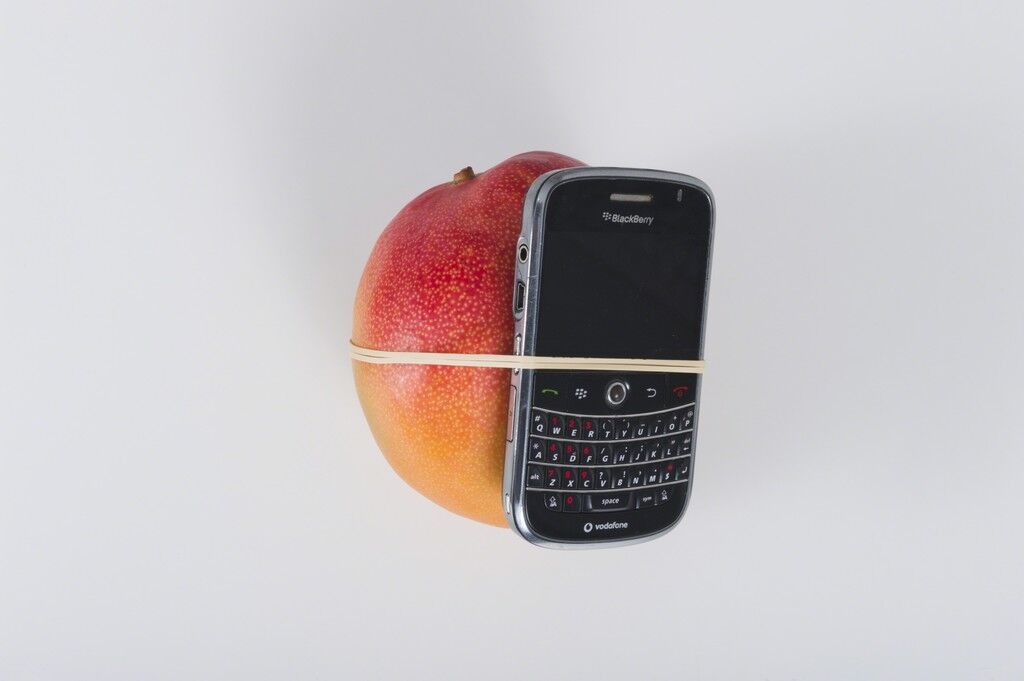 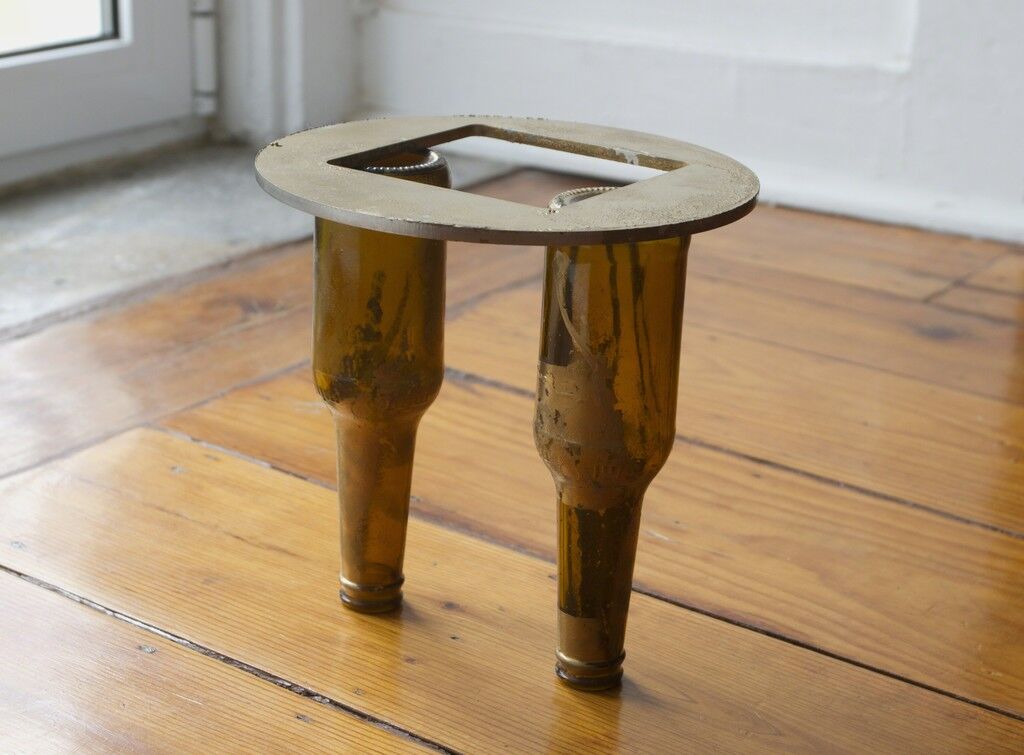 Garza-Usabiaga seems to stand for a careful mix of preservation and progress—as illustrated by his own art collection as well as his career. His apartment is a veritable trove of modern and contemporary Mexican treasures, acquired in creative ways. On the mantle is a framed purple paperwork by Ernesto Mallard—“the only Mexican artist that you can actually say did some kind of
op art
,” he says—which he found at a flea market for 2,000 pesos (roughly 135 dollars). Leaning against the wall is a geometric, abstract screenprint by
Kazuya Sakai
, a Japanese-Argentine artist who, Garza-Usabiaga explains, introduced
color field painting
to Mexico when he immigrated in the late ’60s. This piece, which is marked as an artist’s proof, was also rescued from a flea market: the vendor had found it in the trash, and small rips in the paper are visible beneath the glass plate of the frame. 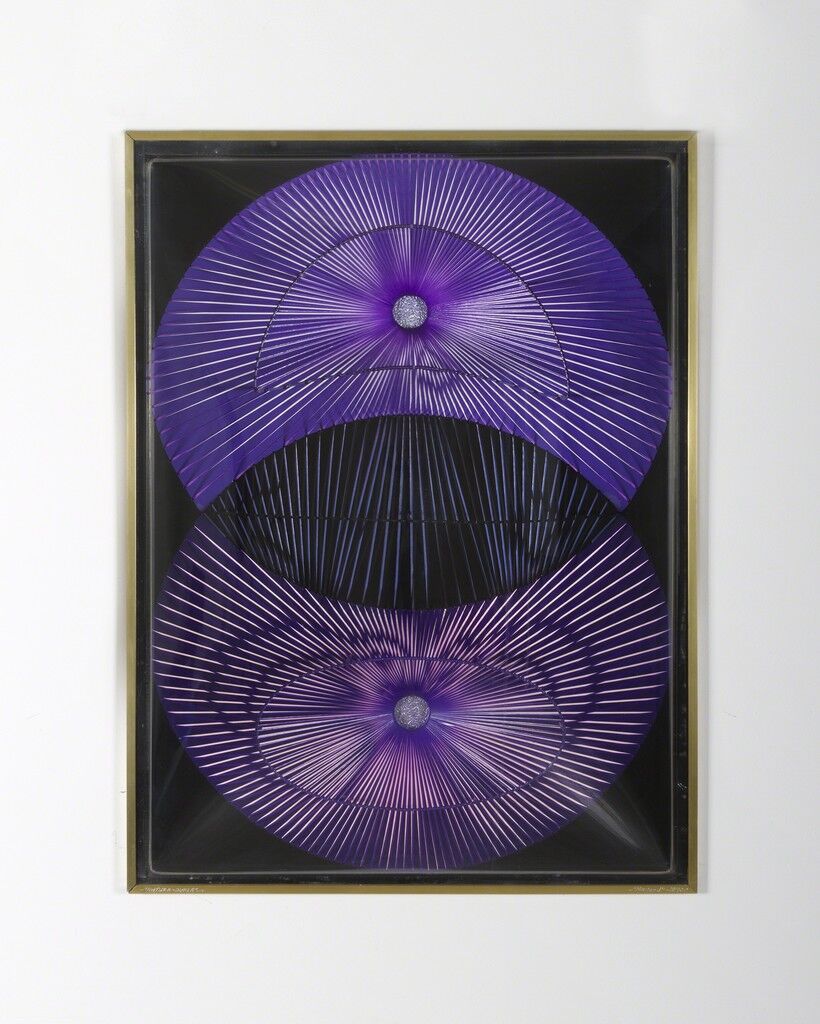 Ernesto Mallard
Natura - Dual, 1970
Labor
A round, bright blue animal mask—made by a very well-known artisan but resembling similar works that can be found at craft markets across the country—sits on the living room floor. Garza-Usabiaga keeps a different but not unrelated kind of mask on a shelf in his study. This one is long-snouted and earth-toned; it is the work of Fernando Palma, a contemporary Mexican artist of indigenous origin working in Europe who generally attaches his masks to mechanical systems that perform some practical function, like opening their mouths. Although the language and aesthetics of contemporary art are increasingly universal, including here in Mexico City, Garza-Usabiaga explains that many Mexican artists of this generation are in fact engaging with local circumstances. In his mask-making, for example, Palma reflects the extremely rich tradition of pre-Hispanic art; the same goes for
Mariana Castillo Deball
in her woodcuts, plaster casts, and ink drawings. The work of
Debora Delmar
includes critiques of international corporate brands like Bed Bath & Beyond and Costco. “You could say that’s global,” Garza-Usabiaga says, “but she’s also talking about a very specific Mexican condition that she has lived, and that is neoliberal Mexico and how Mexico has been transformed by global capital.” Javier Hinojosa (two of whose sketches hang on the wall of Garza-Usabiaga’s study) makes work that deals with what the curator calls “the socioeconomic conditions of a megalopolis in the third world.” 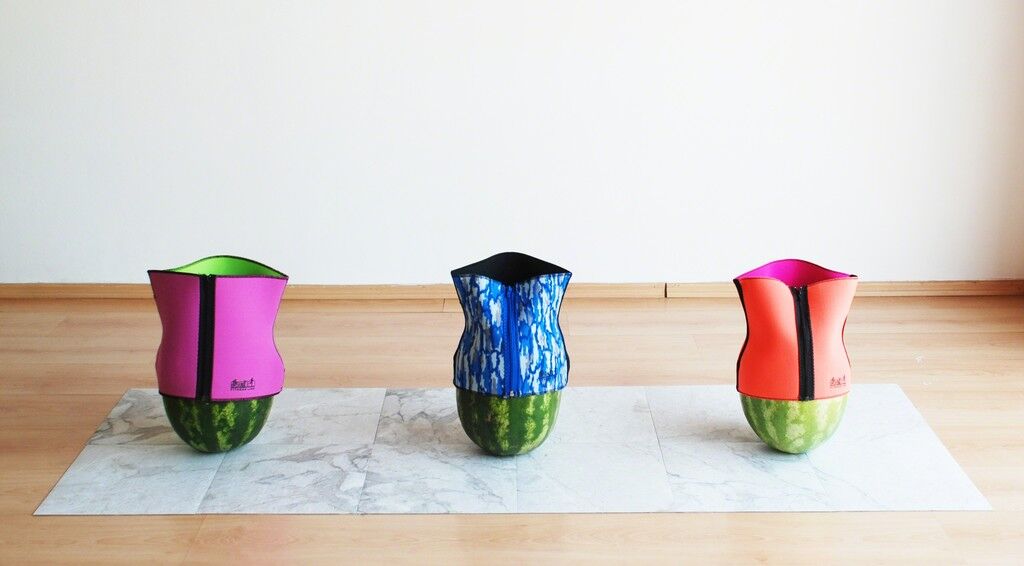 Debora Delmar Corp
Waterbodies (from the series pure+), 2013
DUVE Berlin
The sprawling and unwieldy Mexican capital—known as D.F. (short for Distrito Federal) or simply México—has north of 20 million inhabitants (including its greater metropolitan area), making it the largest city on this continent. Fittingly, Garza-Usabiaga did his doctorate work at the UK’s University of Essex on artistic practices that deal with architecture and urbanism. “I’m very aware of those practices that have special concerns regarding everyday life in the city,” he says. The curator wears his keen interest in architecture on his sleeve: one of the first things he tells me is that his apartment building was built in the late ’40s by the Catalan architect José Creixell, and that many modernist Mexican icons—including Luis Barragán and Augusto Álvarez—constructed their first works in this neighborhood. Early in our conversation, Garza-Usabiaga pulls out a large monograph from his impressive library. It’s rare, and one of his favorites: the text, which was produced by the studio of the architect Francisco Artigas in the early ’60s and advertises modernist houses in the Jardines del Pedregal section of Mexico City, contains the first color photographs in a book of architecture. On the dining room table lie the blueprints for an exhibition he curated at the Sala de Arte Público Siqueiros, an institution that celebrates the work of seminal Mexican muralist David
Alfaro
Siqueiros. (Garza-Usabiaga prefers him to his more famous peer, Diego Rivera. “He was the one that was really modern, in the sense of embracing new technology and new materials,” he says.) The building where Garza-Usabiaga works—El Chopo—also has an interesting story. The outer structure was built in Düsseldorf, Germany, for a commercial exhibition; a Mexican government employee liked the building and convinced Porfirio Díaz, who ruled Mexico for more than three decades between 1876 and 1911 and was ousted during the Mexican Revolution, to acquire it. The building was disassembled, shipped to Mexico, and rebuilt here. (The museum’s interior is contemporary.) 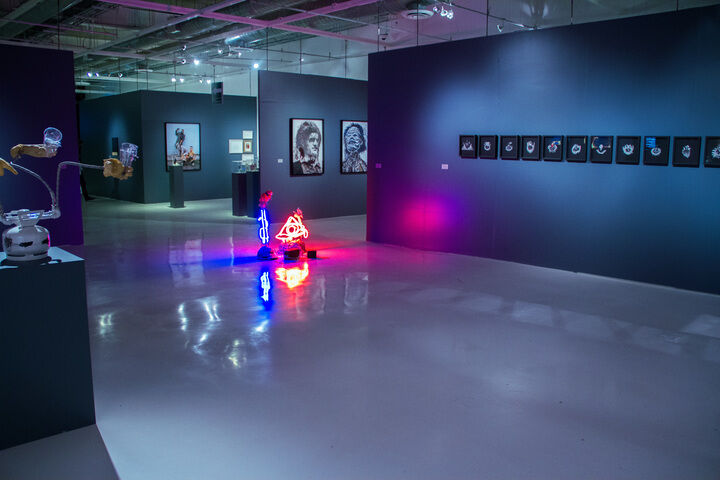 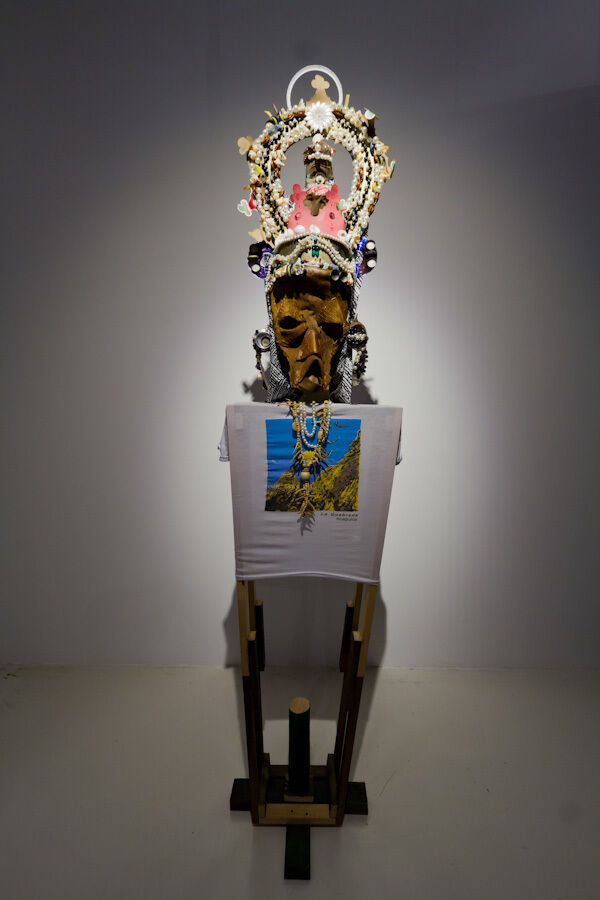 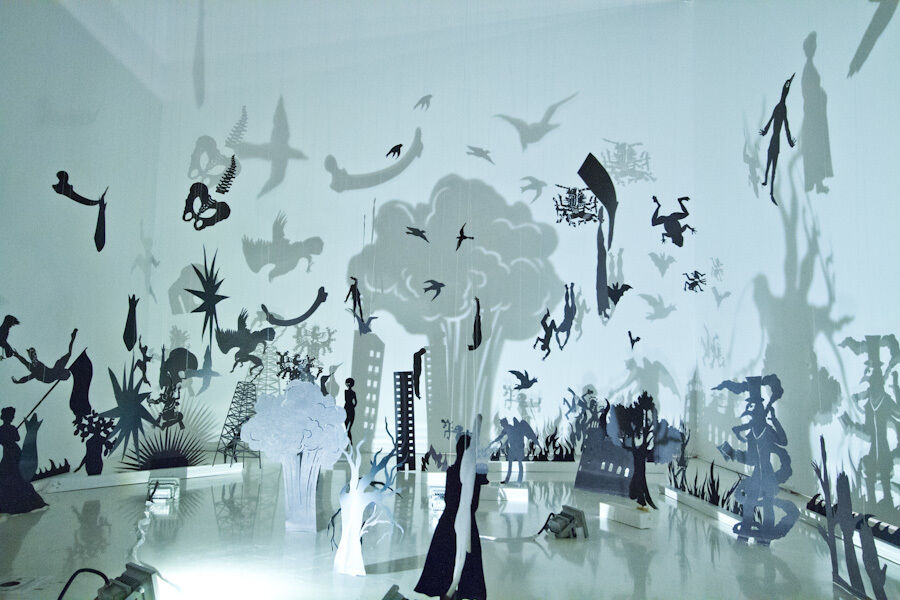 Jimena Schlaepfer
La oscuridad consciente, 2014
"Horror en el Trópico" at Museo Universitario del Chopo, Mexico City (2015)
“We try to make exhibitions that you can’t see in other places here in Mexico City,” Garza-Usabiaga says. Currently, the museum is showing “Horror en el Trópico”—a group show that draws on themes of evil and the paranormal to address issues in Mexico—Sebastián Romo’s large-scale aeronautical installation, “Tótem,” and Daniel Aguilar Ruvalcaba’s internet-inspired “Tutorialess.” “We pay special attention to young artists, artists that are established but don’t have a gallery, artists who are not very well inserted into the market, other figures that somehow have been forgotten or are not very well known by new generations, with the intention to revalue their work.” 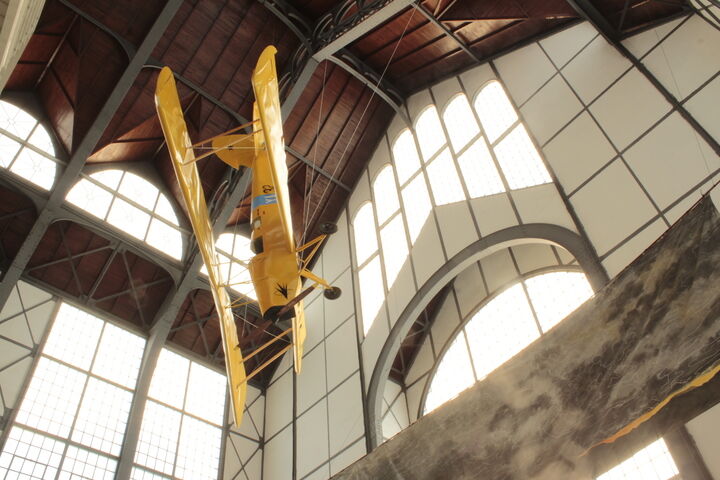 In his museum, then, Garza-Usabiaga is a champion of the new, showing young artists and embracing international fairs like Zona MACO. At home, he is a historian, taking diligent care of Mexican art that spans generations—and keeping a piece of dried fruit from his late tree on the ledge of a striking modernist mirror that he found, of course, at a flea market.