An L.A. Artist Returns to Her Native City, and Finds Room for Experimentation 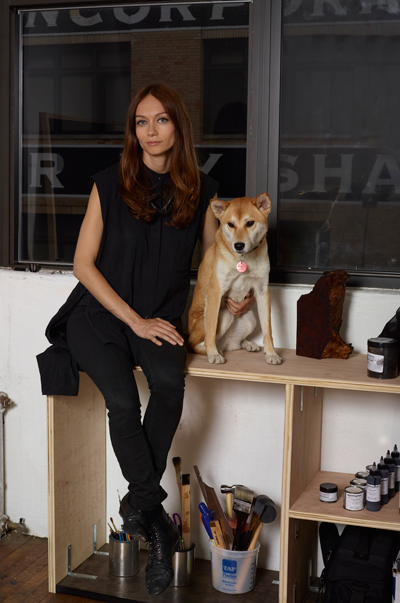 Over the past decade
Natasha Wheat
has been afflicted by a very millennial conundrum—in which city should one plant a stake? She lived in Chicago, New York City, Portland, and San Francisco, before finally settling last year in her native Los Angeles, a city that helped shape her artistic concerns. “I think a lot of the history of L.A. art is really ingrained in my interests,” she told me, “from studying
Robert Irwin
and
Ed Ruscha
, and being inspired by Womanhouse, to visiting
Catherine Opie
’s studio when I was a teenager.”
Wheat’s practice has been as broad as her geographic path has been wide-ranging, spanning painting, social practice, conceptual jewelry, a mixed-media series titled “Erasing the Music” (2011), for which she sandblasted vinyl LPs against panes of glass, and, most recently, ceramics—which she’s keeping under wraps for now. But viewing her work in these terms is to miss the point. “I wouldn’t describe my practice as being medium-based,” she reflects. “I think that I have a practice based in a set of interests, and everything else revolves around them. The materials fall into place when they align with my interests.” 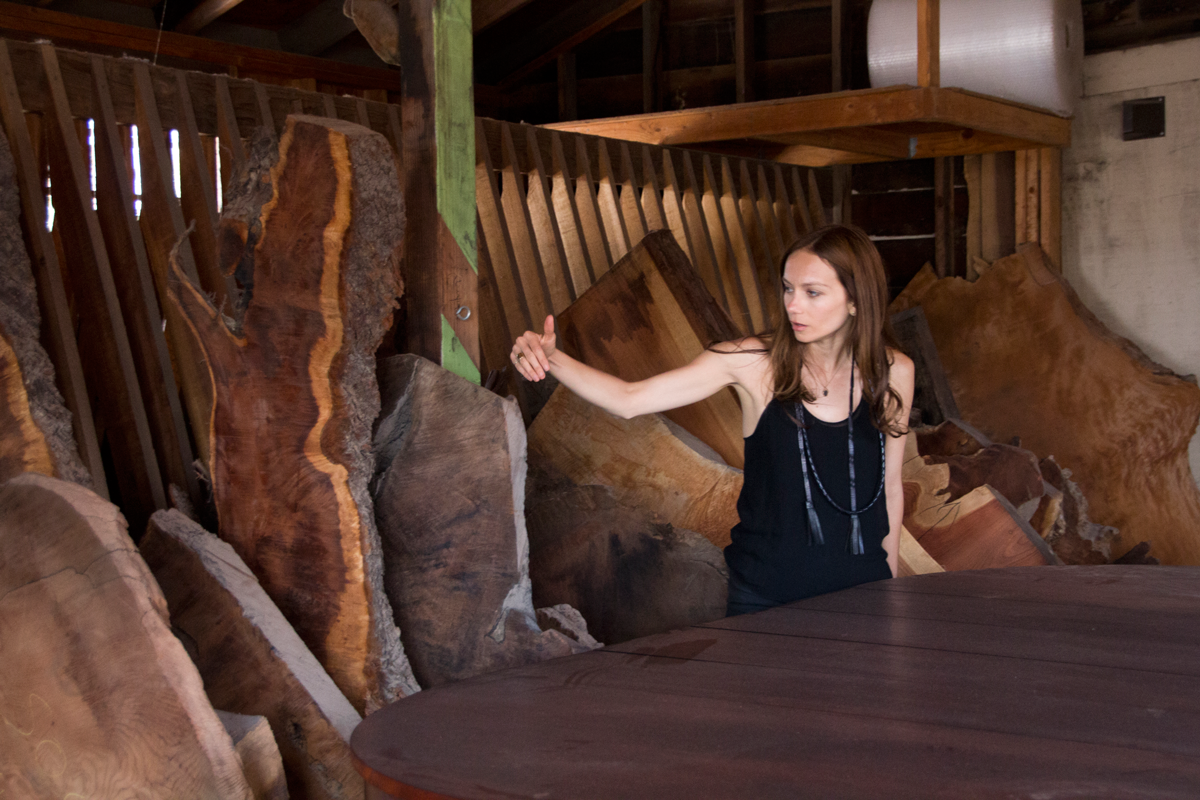 One material that surfaces repeatedly in her work, carbon, underscores what she calls the “brutal narratives” that characterize her objects and compositions. From the graphite, bone char, and silk paintings seen last year at RH Contemporary Art to the industrial carbon brickworks shown at Roberts & Tilton to the ceramic vessels she’s currently working on—which employ a carbon-trapping Shino glaze, a Japanese technique developed in the 1500s—it is materials defined by a violent process of destruction or erasure that tend to appeal to Wheat. She links this personal aesthetic to difficult episodes she experienced growing up, including her mother’s institutionalization. 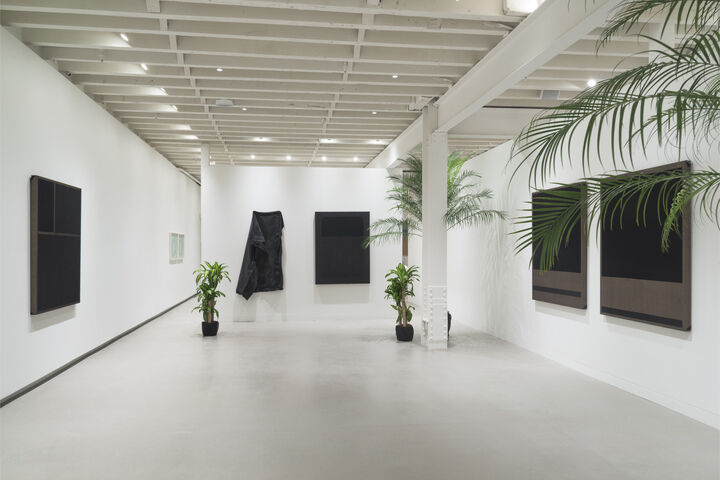 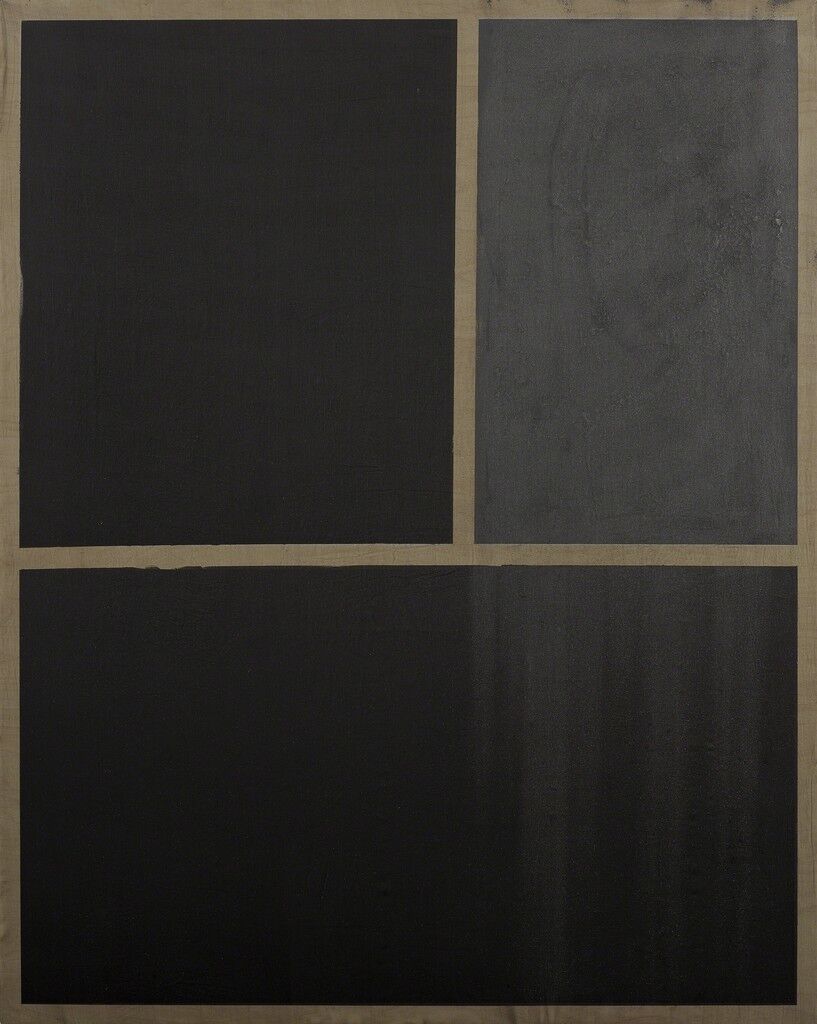 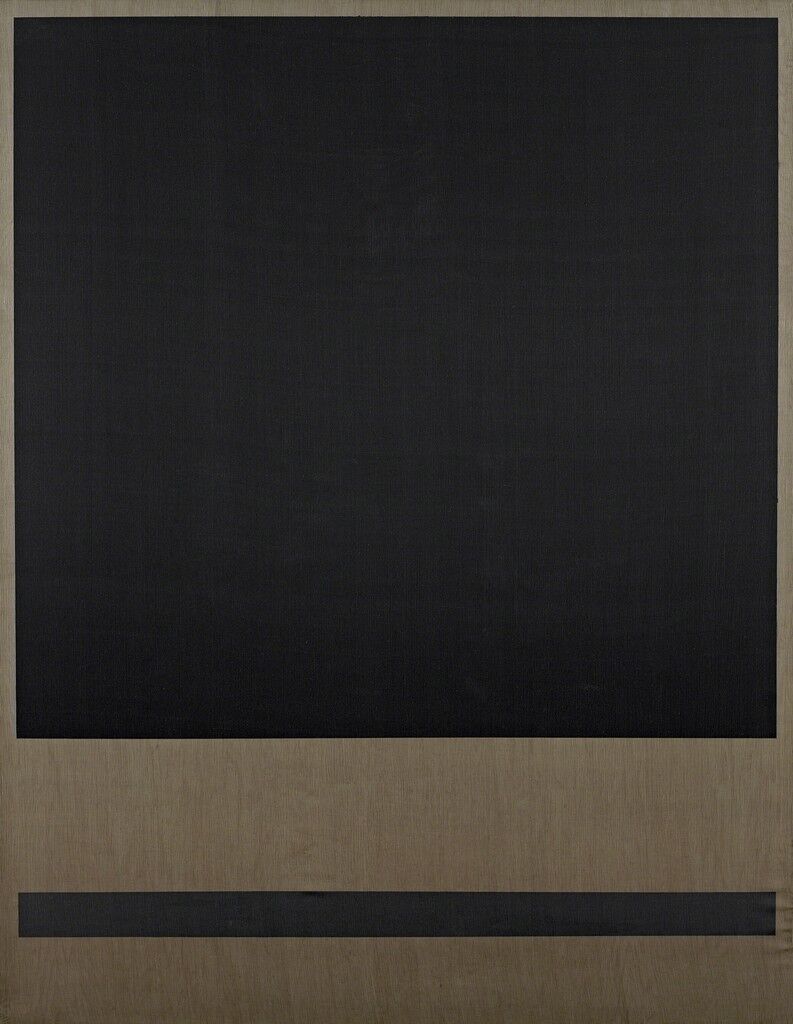 Natasha Wheat
Field Without Color #12, 2013
RH Contemporary Art
“The works that I make are always interested in social hierarchy or some kind of power dynamic,” she says, “and whether that plays out socially or formally kind of depends on the situation that I’m in.” This dynamic is more apparent in the case of earlier social practice initiatives—including Project Grow, an arts and urban farming project for people with developmental disabilities that Wheat founded and ran for two years in Portland—and less explicit in the case of her abstract paintings,
Reinhardt
- and
Rothko
-esque grids in somber shades. 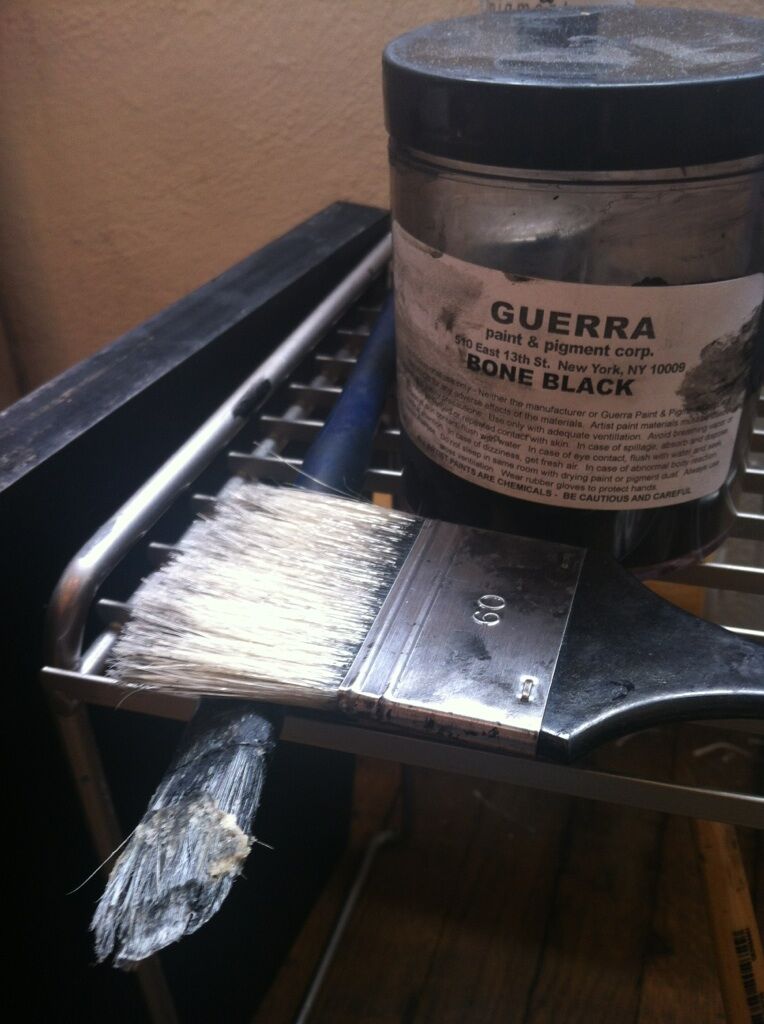 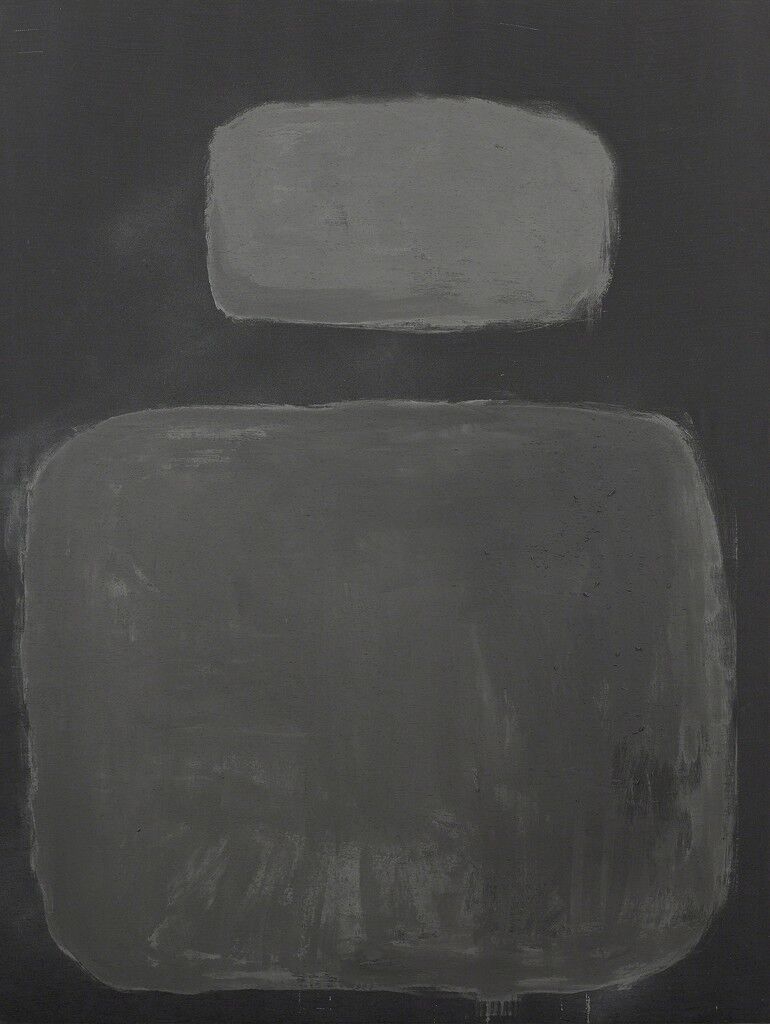 Natasha Wheat
Field Without Color #2, 2012
RH Contemporary Art
It’s hard to view these dark, geometric compositions without invoking the loaded baggage of 20th-century painting. For Wheat, that is more or less the point. “I consider them to be sculptural objects that are critiquing midcentury painting,” she explains. “In a sense, it was a critique of the history of modernism, and how these paintings that were made with heavy philosophical underpinnings wind up in auction and essentially become an object over a couch—this sort of depersonalization of the object.” 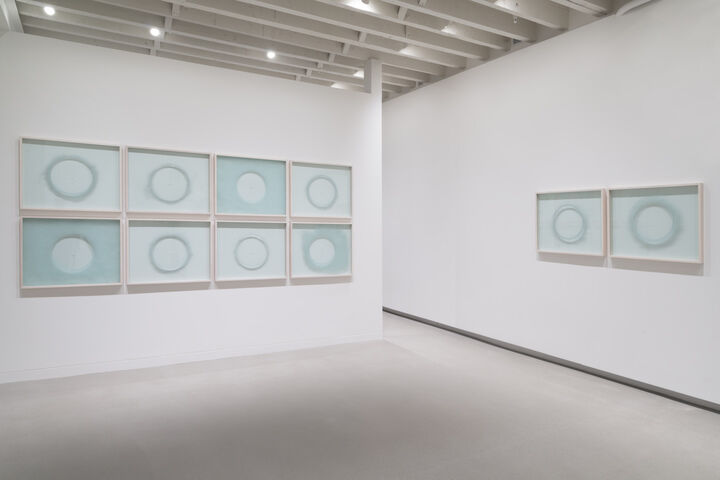 Wheat’s relocation from New York City to L.A. last year was driven in part, it seems, by the strictures of New York’s art world. “It feels like there’s no room for failure in that city,” she says, “there’s not a lot of room for experimentation.” Since arriving back on the west coast, she has been working predominantly in ceramics, returning to a practice she began while studying as a graduate student at California College of the Arts, where she was engaged in a project that involved creating the everyday objects of a fictional dystopian community. “Part of it was a reaction of moving to San Francisco and seeing this sort of post-1960s art culture, where everything was very enthusiastic about the Whole Earth Catalog, and the northern California, utopian hippie movement that had happened. I was interested in looking at the dark side of that.” Has her recent move influenced her taking up ceramics once more? “I don’t think there’s any way I would have moved in that direction in New York,” she says. “There’s such a rich history of that kind of practice in Los Angeles that I think my work is commenting on.”
Tess Thackara
Discover more artists at RH Contemporary Art.
Related Stories