Artsy Editors
Feb 1, 2015 7:00pm
Although Shi became known for his striking steel razor-clad sculptures of carriages, cradles, and other baby-related objects, he recently transitioned to more ephemeral materials, creating paintings out of animal ashes and dust for his series “Another Take on Resurrection Hill” (2014). During his travels to Tibet and Australia, Jinsong collected the remains of a tree and nine different animals that he then  combined with dust from his studio and from a Shanxi Buddhist monastery. He worked these remains to form flattened animal skins and mounted them on rice paper. Wrinkles emerge from the combination of the delicate paper and paint and the transparency of the paper brings out the graininess of the ashes, creating imperfections that mimic life forms. Shi imagines this series as reincarnation, believing that the works will liberate the spirits of the dead creatures.
The works present a muted color palette, ranging from light gray to ochre, dictated by the coloring of the animal pelts, which include rats, tigers, and bats. The series corresponds to another project, “The Phoenix Gray,” in which Shi gathered works from several artists including
Shao Fan
,
Xiao Lu
, and
Zhan Wang
, to highlight 15 unique gray pigments that were produced from ash and dust. Small samples of the colors accompany a video installation that details each artist’s process.
“Suspension Strategy,” an interactive mobile installation, continues the theme of nature but  also raises questions about the contemporary art world. Branches that dangle precariously from the ceiling throughout the entire gallery space have strings attached that prompt the viewer to alter their positions. This act of manipulating the pieces becoming part of the installation, and in fact, Jinsong added  instructions that can be downloaded online for building a personal branch mobile, ultimately raising questions around notions of artist and authorship. 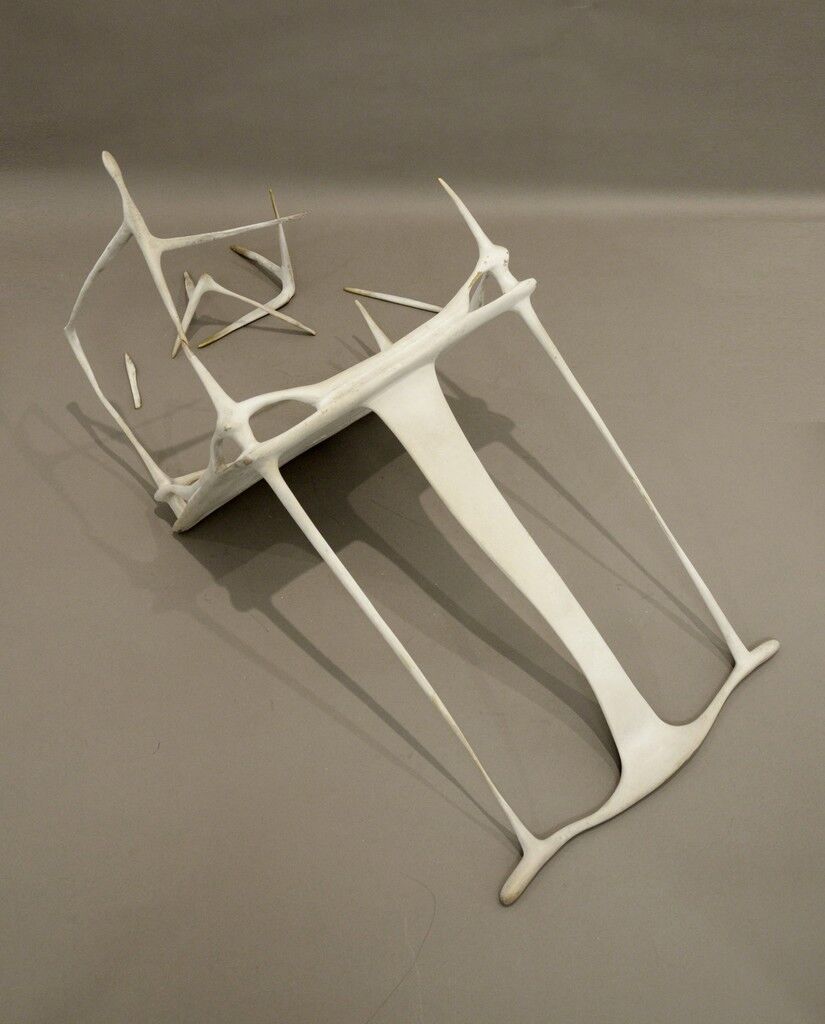 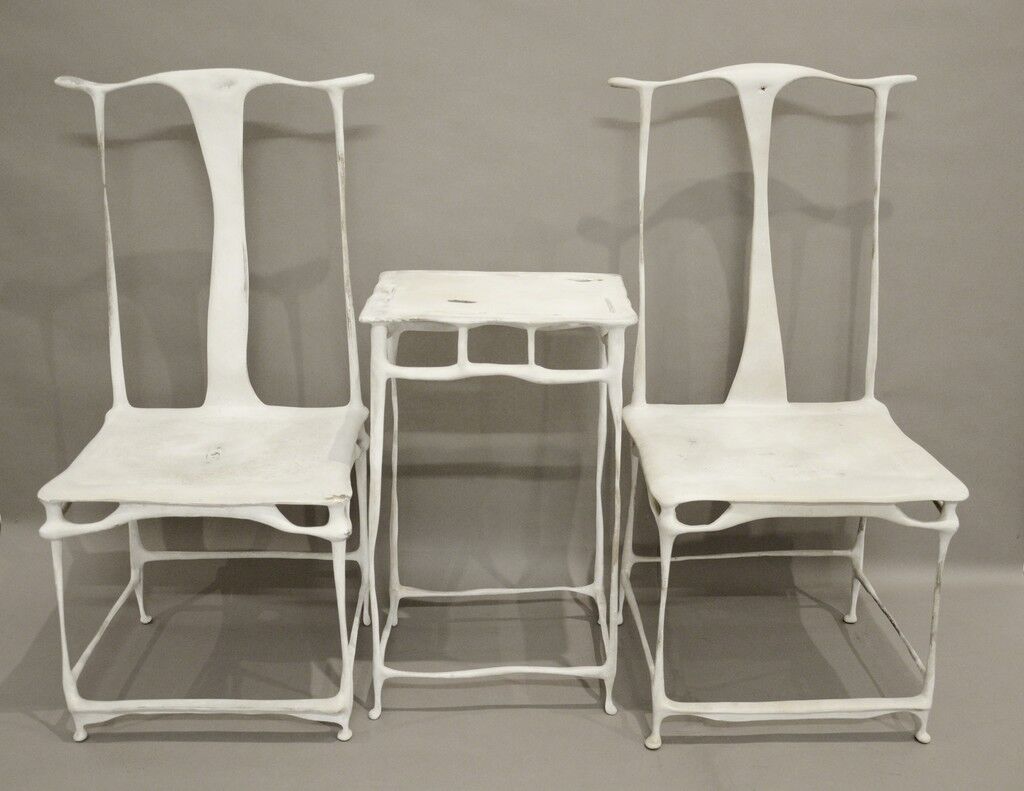 Shi Jinsong
Huashan Project – Performance, , 2014
Klein Sun Gallery
Also included in the exhibition are “The Huashan Project” and “The Halong-Kellong” series, which reflect on past and present Chinese aesthetics and culture and look satirically at China’s appropriation of Western icons such as Harley Davidson motorcycles. Taken together, these works convey the cyclical narrative of creation and reincarnation, where intellectual and organic matter is never lost, but rather constantly transformed.
—Sola Agustsson
“Shi Jinsong’s Art Fair: Free Download,” is on view at Klein Sun Gallery, New York, Jan. 15–Feb. 28, 2015.
Follow Klein Sun Gallery on Artsy.
Related Stories