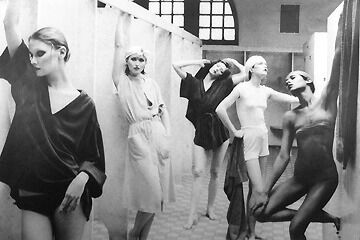 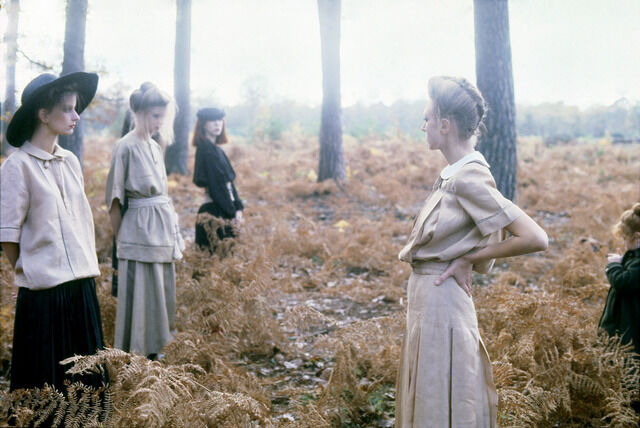 Valentino Fashion, Normandy, VOGUE Italia, 1978
Staley-Wise Gallery
Almost entirely self-taught, Turbeville began her career as an editor at Harper’s Bazaar and Mademoiselle, before quitting these positions and enrolling in a photography workshop taught by Richard Avedon in 1966. By the 1970s, her work was appearing in Vogue and upending all previously held delineations of fashion imagery put forward by the top magazines of the time.
Among her most controversial images was a scene she composed and photographed in a condemned public bathhouse in New York City. Shot in black-and-white, it features five waifish models in swimsuits and bathrobes striking languid, sculptural poses in a locker room. It scandalized readers and critics alike when it was published in Vogue in 1975, due to what they regarded as its indecency and its dark, sexual overtones. 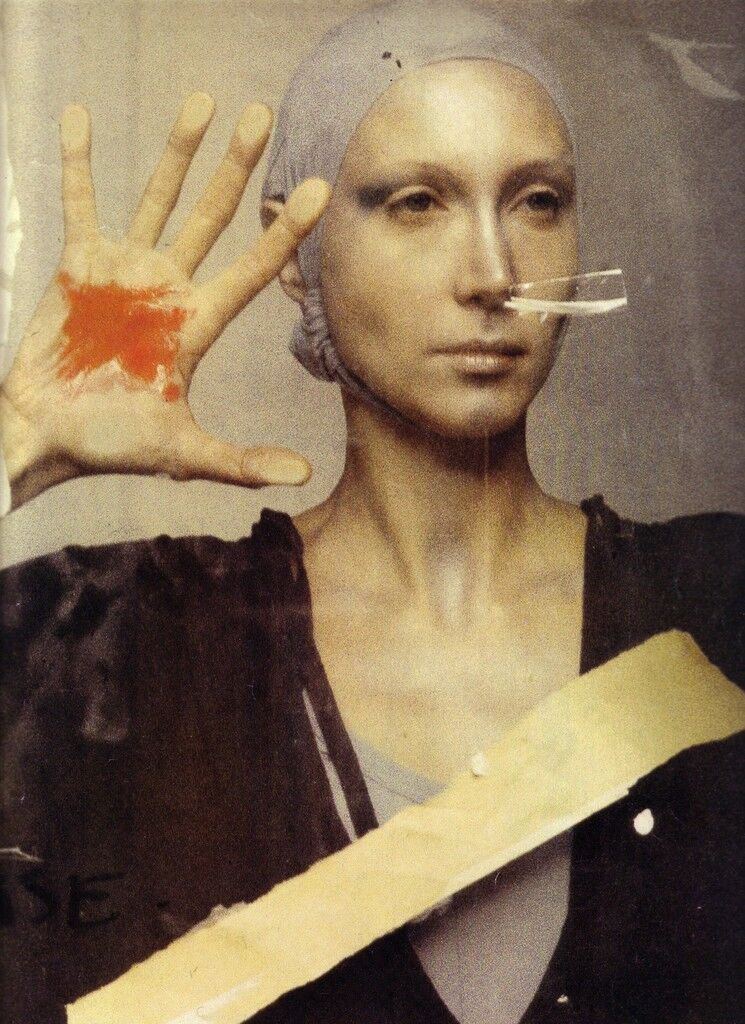 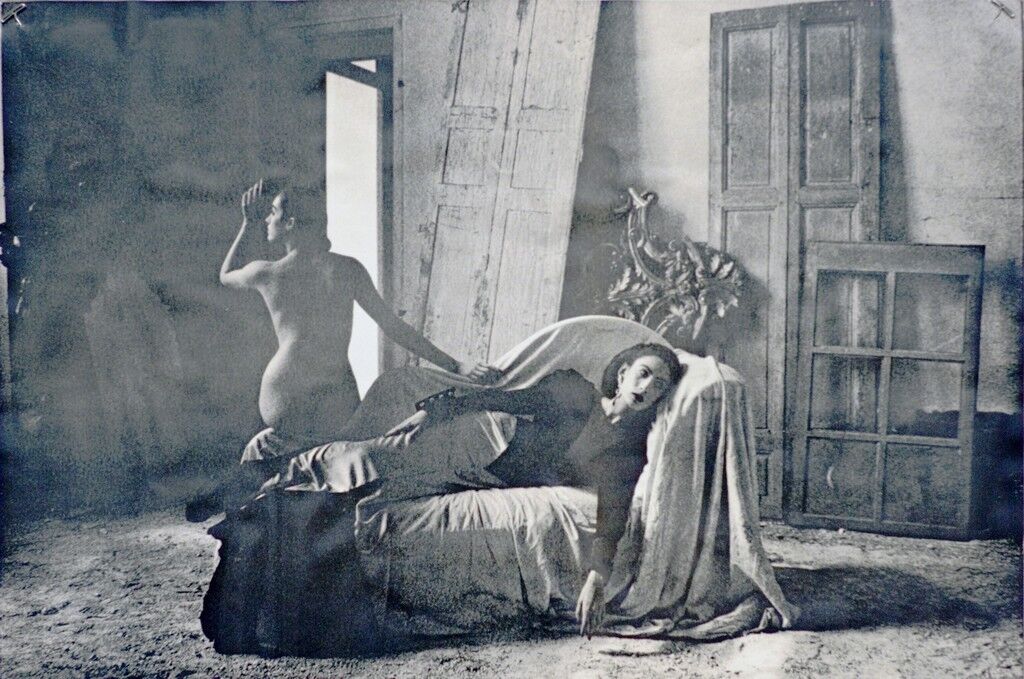 Anh Duong and Marie-Sophie in Emanuel Ungaro, VOGUE, Chateau Raray, France, 1984
Staley-Wise Gallery
Overall, Turbeville’s work was characterized by a seemingly paradoxical sense of both decay and sensuality. She often set her scenes in decrepit, once-grand interior spaces and framed her shots in such a way that emphasized their cavernous emptiness and amplified the smallness and fragility of her models. She also shot out-of-doors, including in such historically resonant places as the woods of Normandy, France. There, she captured models in attire that appears utilitarian or vaguely militaristic, in poses that seem to suggest soldiers standing in formation or immediately after capture.
Turbeville’s compositions recall those made in the late 19th- to early 20th-century pictorialist style, characterized by a soft-focus, painterly technique, and stylized or romanticized imagery. To further heighten the feeling of removal from the everyday in her photographs, she would manipulate her negatives by, for example, scratching or sprinkling dust on them, or she would intentionally overexpose her prints. 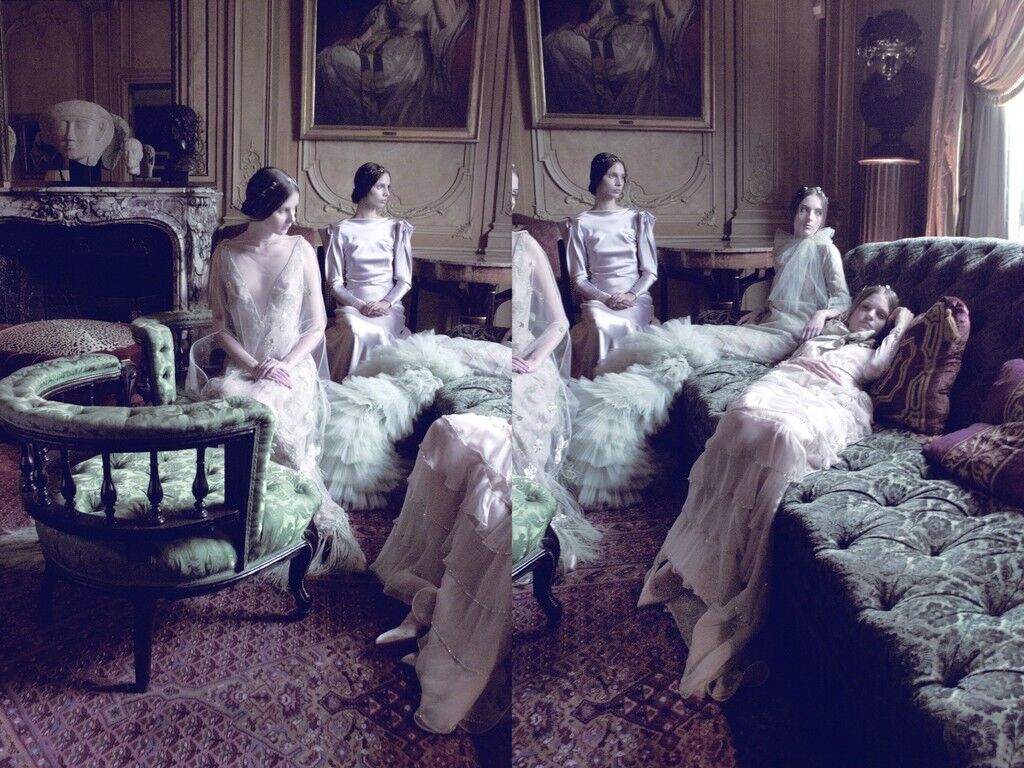 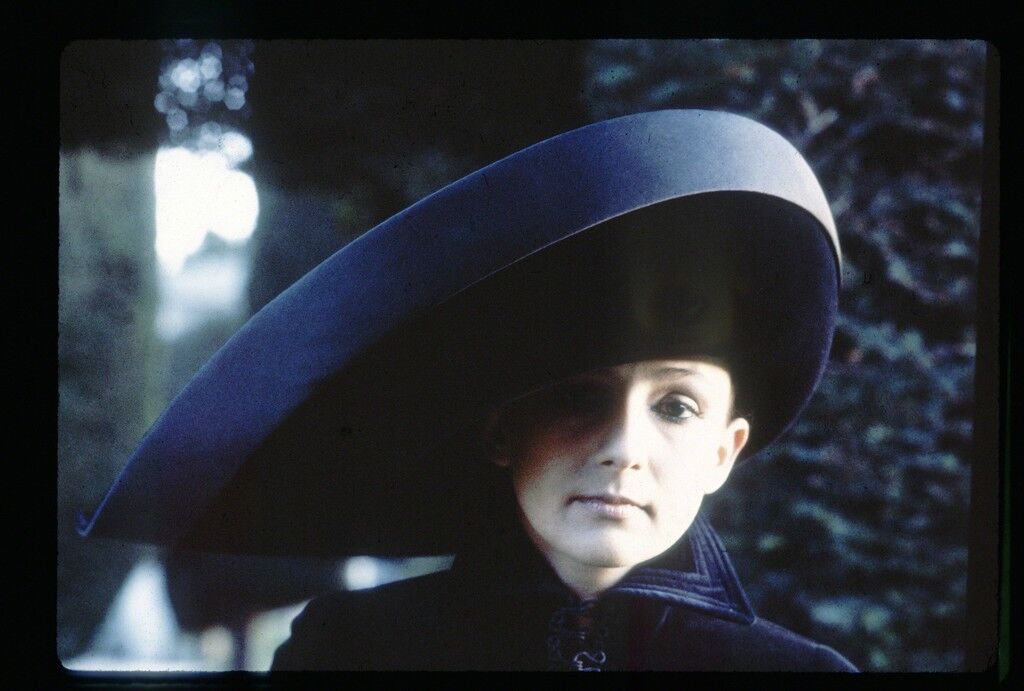 Selina Blow, L'Uomo, VOGUE, Painswick, England, 1992
Staley-Wise Gallery
Advertisement
For Turbeville, conveying the psyche of the model wearing the clothes was almost more important than showing the clothes themselves. “A woman in my pictures doesn’t just sit there,” she once said. “In what kind of mood would a woman be, wearing whatever? I go into a woman’s private world, where you never go.”
Karen Kedmey

We’re Obsessed with These Artworks