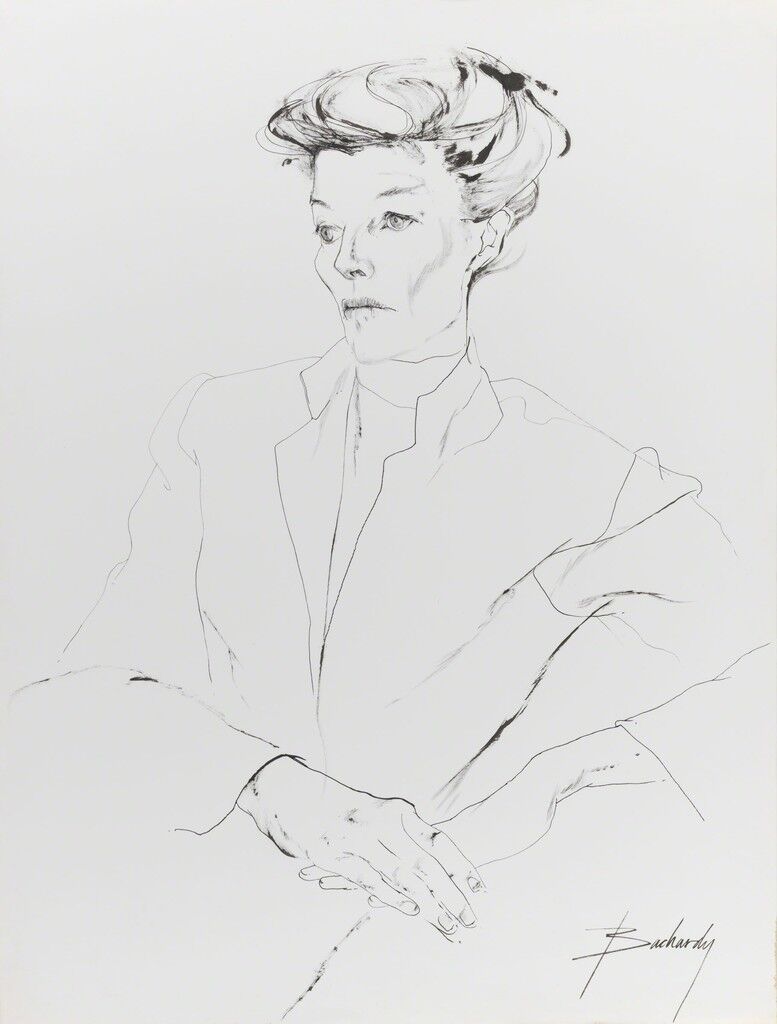 Don Bachardy
Katharine Hepburn, 5 March 63, 1963
Cheim & Read
“[People have] never seen what they look like when they’ve been sitting still for three hours,”
Don Bachardy
once said. “Something deep comes out, something very different and shocking.” The storied artist should know: he’s been sketching and painting portraits for more than half a century, publishing six books of his work and placing pieces in the permanent collections of The Metropolitan Museum of Art, the Smithsonian Institute, and the National Portrait Gallery in London, among others. 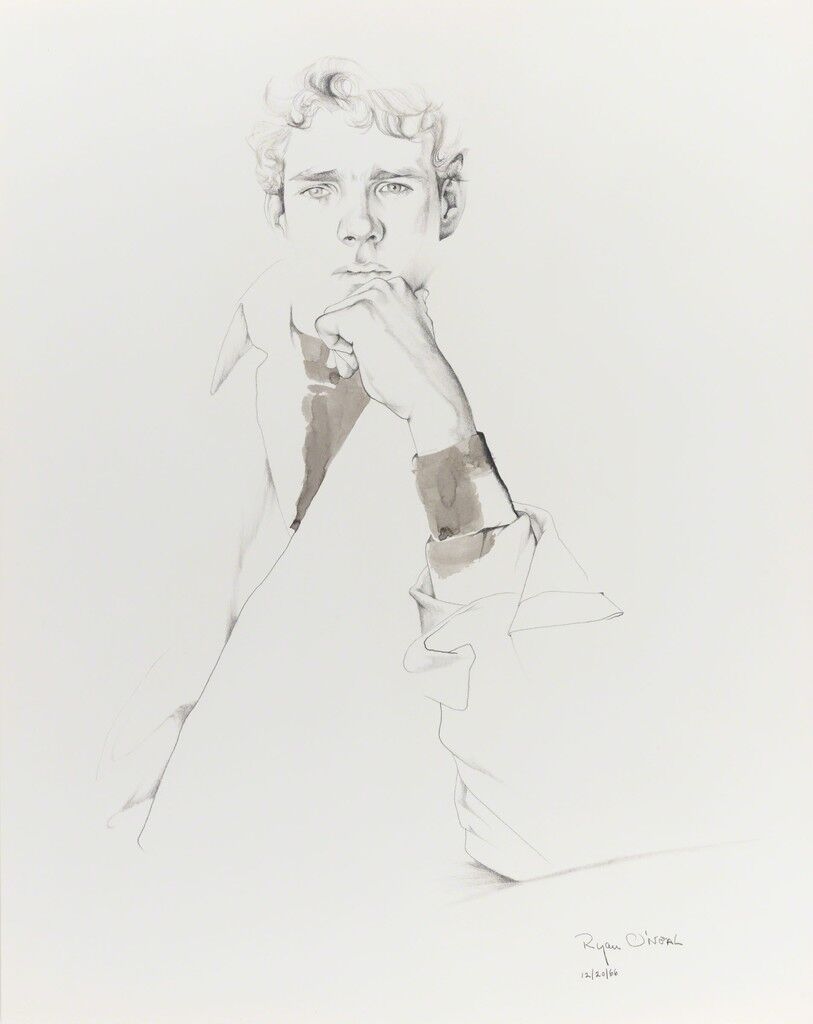 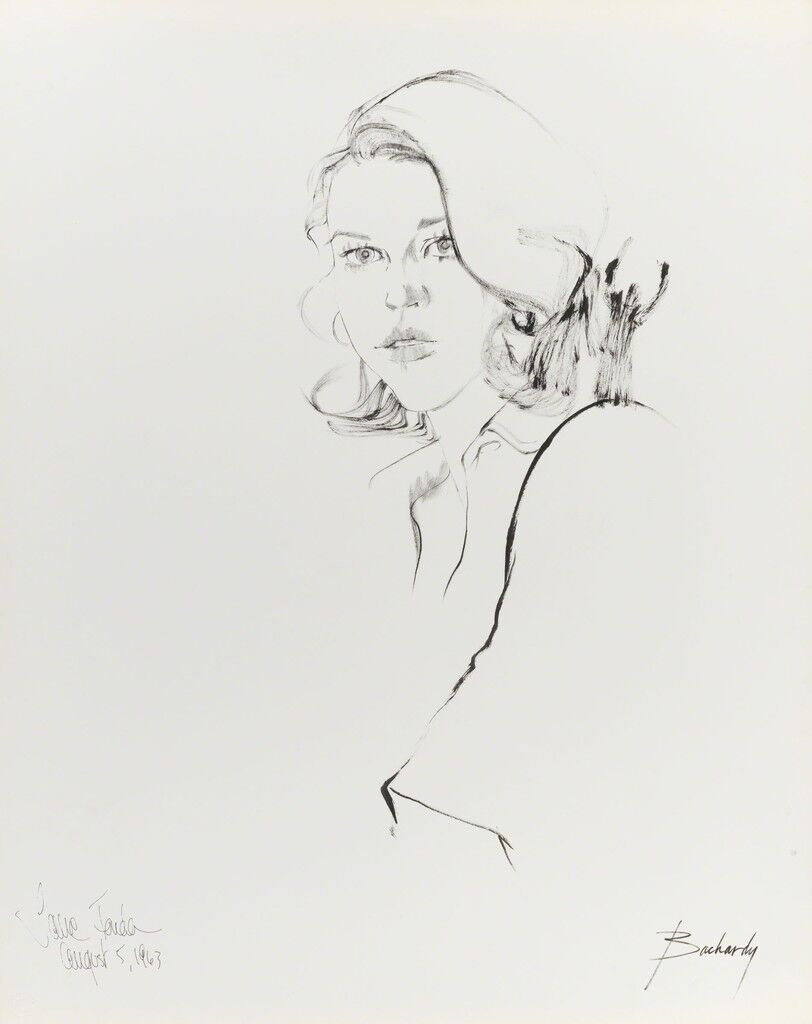 Don Bachardy
Jane Fonda, 5 August 63, 1963
Cheim & Read
A quick look at Bachardy’s highly recognizable subjects—Jane Fonda, Katharine Hepburn, Joan Crawford—prompts the old “chicken or the egg” question: did Bachardy find runaway success because of the fame of his subjects, or did his considerable talent allow him access to celebrities? In this particular case, both. Not to mention another key factor: for more than three decades, Bachardy was the romantic partner of the late writer Christopher Isherwood. The artist met Isherwood, 30 years his senior, when Bachardy was only 18 years old; they lived together until Isherwood’s death in 1986. This biographical detail isn’t just incidental, but a key element to understanding Bachardy’s life—the kind of circles he ran in, and why he might be interested in creating realistic portraits of such widely known figures, from politicians and writers to composers and luminaries of the stage and silver screen. 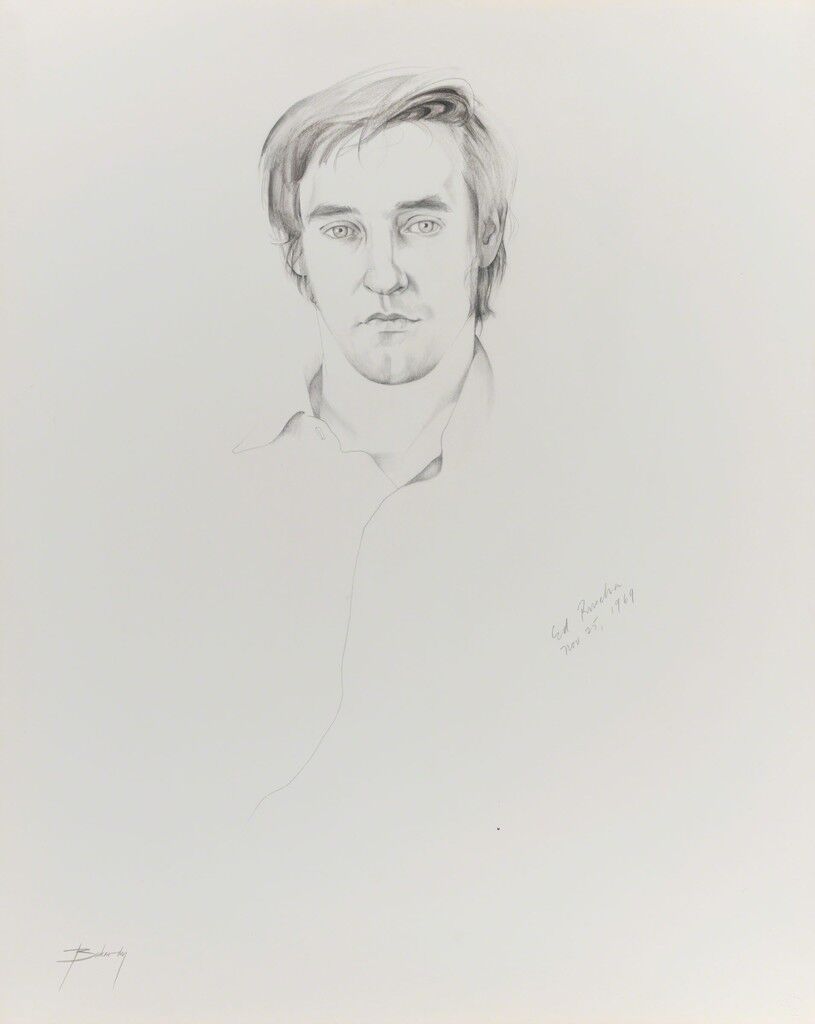 Don Bachardy
Ed Ruscha, 25 November 79, 1979
Cheim & Read
Advertisement
His Jane Fonda, 5 August 63 (1963) captures the twentysomething beauty, then on the precipice of wild fame, in a candid moment, as if she’s listening to something being said to her in casual conversation. Katharine Hepburn, 5 March 63 (1963) shows the spirited actress, then in her 50s, looking mildly tired and vaguely annoyed, as if she’s been sitting around for hours having her portrait taken. In Ryan O’Neal, 20 December 66 (1966), the famously handsome actor gazes right at the artist, chin in hand, as does Joan Crawford, dolled up but uncharacteristically expressionless, in Joan Crawford, 9 February 74 (1974). The actor’s message and autograph, scrawled across the bottom of the portrait, says plenty about Bachardy and the way his celebrity subjects felt about his work: “Thank you Don / Dearest friend – Love Joan.” 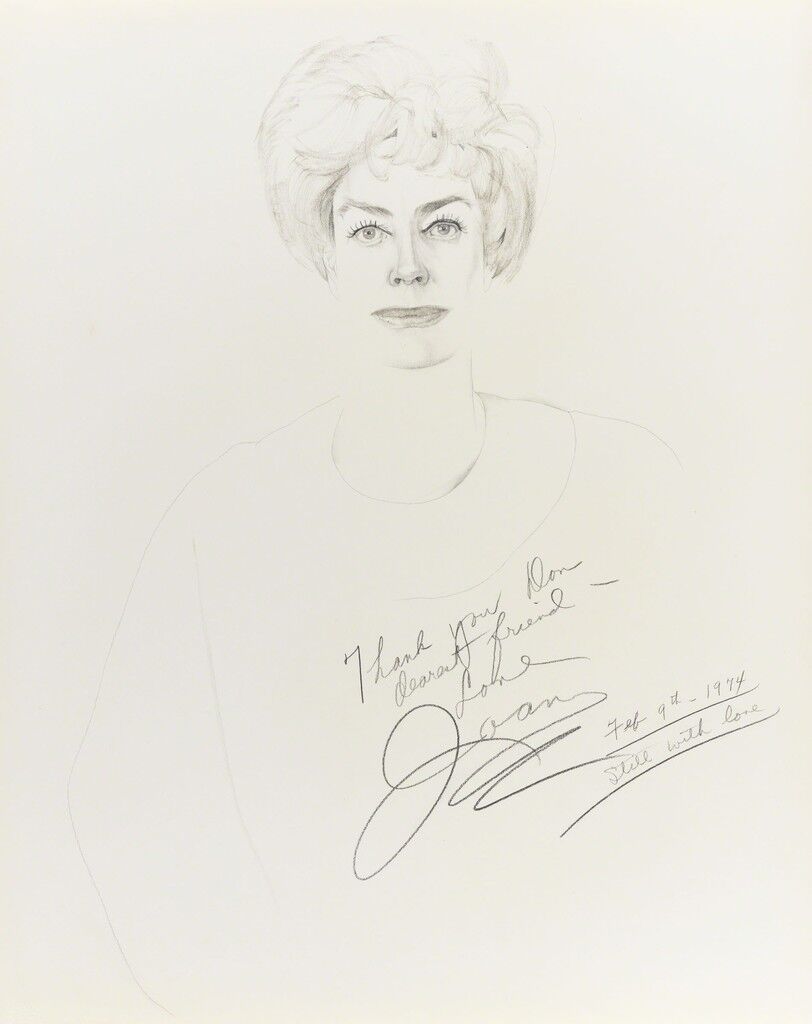