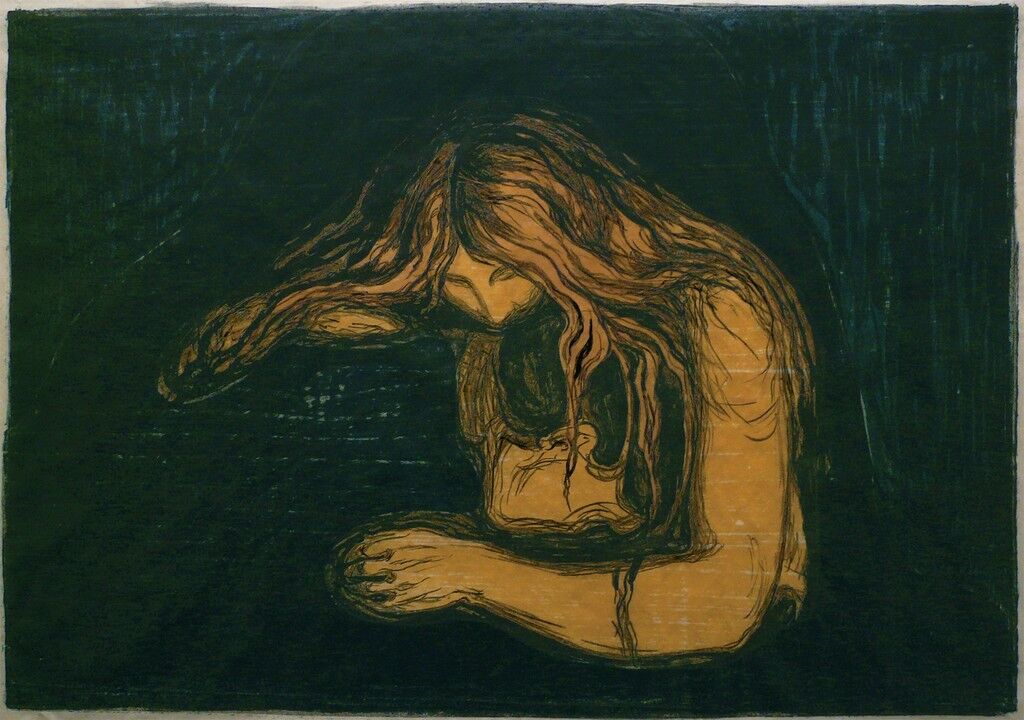 Vampyr II (Vampire II), 1895-1902
John Szoke
For centuries and throughout the world, the archetype of the vampire has been perpetuated. Today, vampires are celebrated as seducers—the vixens of True Blood and the fated lovers in Twilight. Perhaps it is this long-lived fascination with the legend that caused patrons of the 1913 Armory to wrongfully interpret Edvard Munch’s painting of a man and woman in embrace, Love and Pain, as depicting a vampire with her lover. Despite Munch’s insistence that it was “just a woman kissing a man on the neck,” the painting has been retitled The Vampire ever since. The video at right opens with Vampire, among other haunting Munch works.
Related Stories