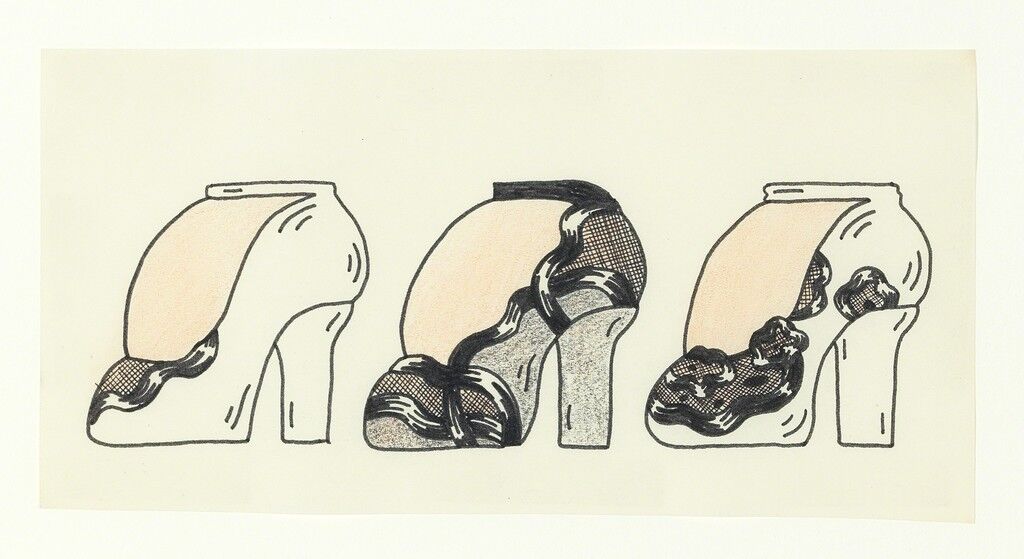 Christina Ramberg
Untitled, ca. 1969
David Nolan Gallery
Ann Hamilton’s pop-up photo booth at Carl Solway Gallery; Wim Delvoye’s pungent tattooed taxidermied pig at Sperone Westwater; Jannis Kounellis’s massive, new multimedia installation at Cheim & Read. Solo projects such as these have recently brought ADAA: The Art Show, the Art Dealers Association of America’s annual fair, into the contemporary realm. While certainly not alone in featuring booths devoted to only one artist, The Art Show surpasses other fairs in the robustness of its solo presentations, which increased by one third between 2012 and 2013 and account for more than half of the 27th edition this year.
In addition to providing the physical space necessary to showcase practices that would be unfeasible in traditional fair booths, the solo booths offer room for exploration and experimentation. Exemplary of ADAA members’ mastery of their artists’ primary markets, these are privileged spaces for those dealers unafraid to shake things up. Thus, alongside the expected giants of mid-century American art featured throughout the fair, this year’s solo booths give voice to exciting artists of disparate traditions and diverse backgrounds—women, British sculptors, and Italian pioneers amongst them—in whose practices can nevertheless be found throughlines: ever-challenging yet subtle new pieces, material explorations, and meditations on embodied experience. 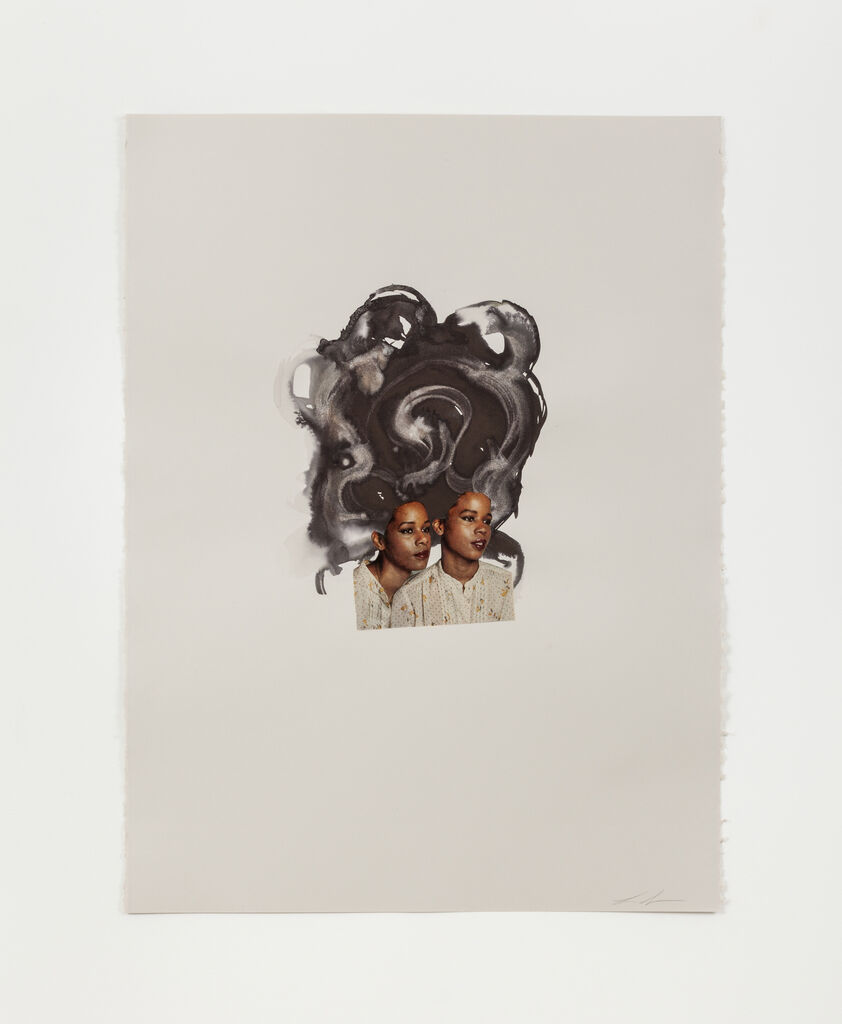 Lorna Simpson
The Twins, 2013
Salon 94
Among the 15 women represented in the one- or two-person exhibitions—a record-setting number for the fair—contemporary feminist artists who came of age in the ’80s and ’90s stand out—
Lorna Simpson
,
Michelle Grabner
, and
Tracey Emin
amongst them. Simpson’s recent works for Salon 94 continue her long-standing interests. Exhibited during an international traveling exhibition—which also witnessed Simpson’s European debut—works from the “Goldheaded” series (2013) explore identity creation and the effects of racial and cultural backgrounds on lived experience. They extend Simpson’s typical motifs into understated, abstracted images that are nevertheless readable. 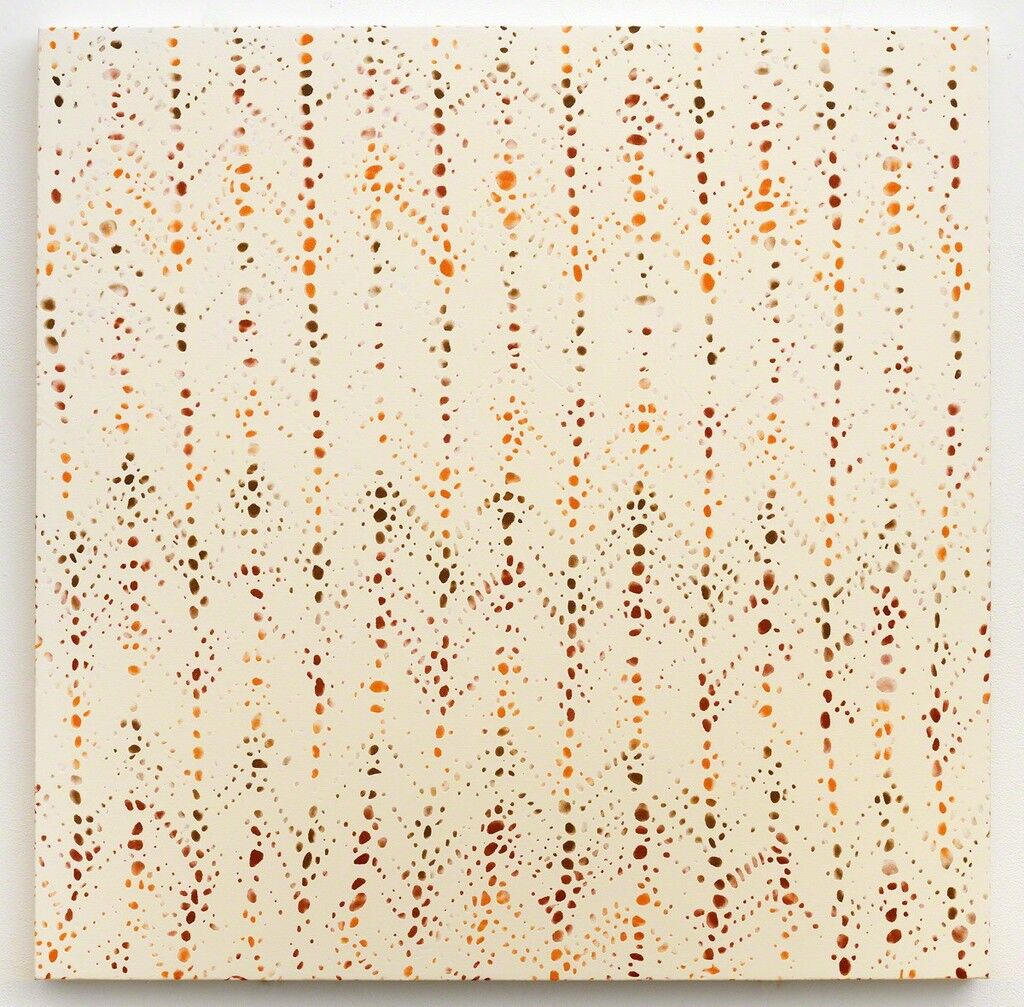 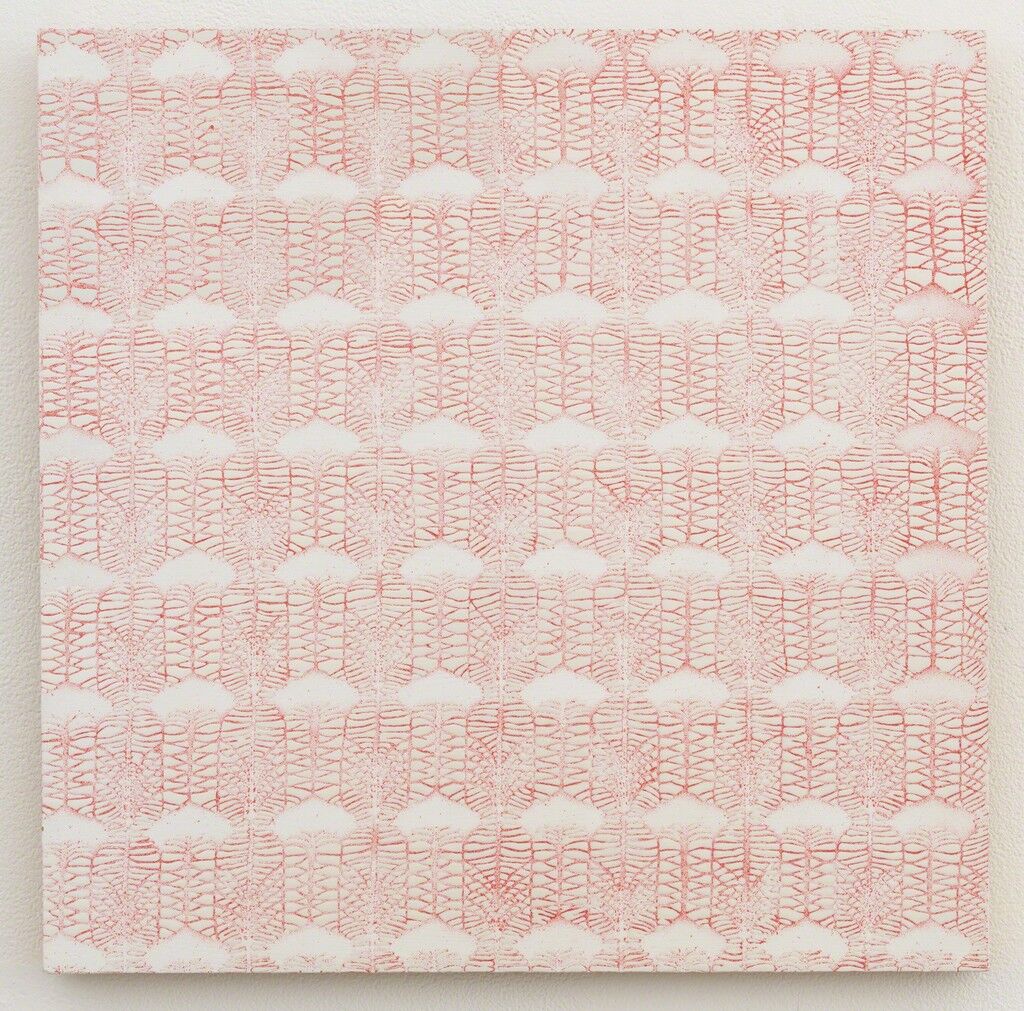 Michelle Grabner
Curtain Sample, 1998
James Cohan
Advertisement
The subtlety of Grabner’s works for James Cohan Gallery is a far cry from her boisterous curation of last year’s Whitney Biennial. Bearing striking resemblance to her works of the past year (a show of new works filled the gallery during the fall), her post-minimalist pieces from the late ’90s speak softly, in muted pastel hues, but deftly address the relationship between artistic practice and domesticity in their reference to wallpaper patterns.
Known for unapologetically personal works, Emin is acclaimed in Britain and around the world, and recently had her first U.S. solo museum exhibition, a show of her iconic neon works at MOCA North Miami in 2013. A departure from her practice in terms of medium, if not in inspiration, The Heart Has Its Reasons (2014), a small bronze and walnut sculpture, is the centerpiece of Lehmann Maupin’s booth. Based on a flea market reproduction of Canova’s Psyche Revived by Cupid’s Kiss (1787-1793) and titled after Blaise Pascal’s famous observation, the piece explores unrequited love and the irrational rationale of desire, which resonated with Emin. 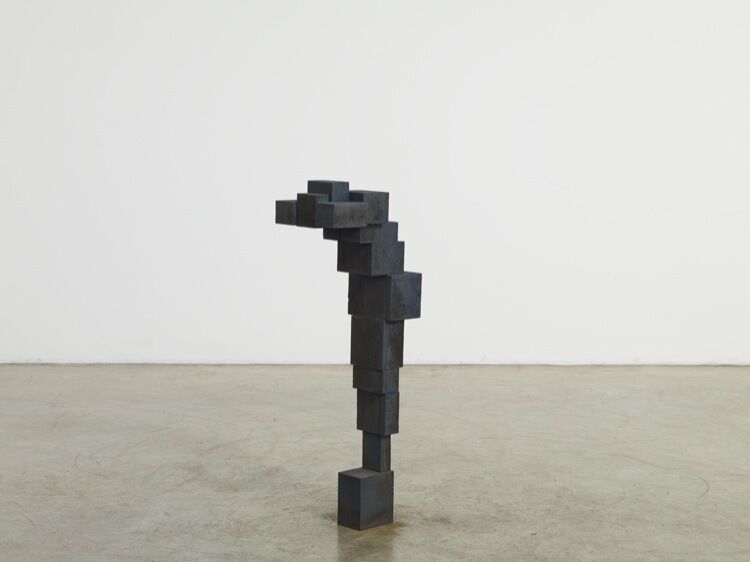 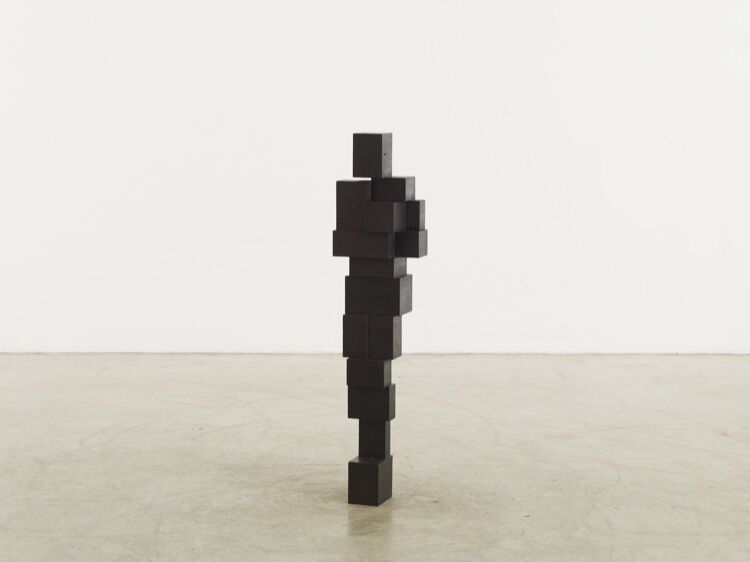 Antony Gormley
SMALL CATCH V, 2013
Sean Kelly Gallery
Other sculptural explorations by British artists are recent works from both
Antony Gormley
and
Tony Cragg
, who substantiate the diversity of New British Sculpture. At Sean Kelly Gallery’s booth, pieces from Gormley’s “Small Blockworks” (2013–ongoing) series evince the artist’s interest in the human figure in space, the forms less important than the reactions they provoke. Gormley is known for his monumental public installations, such as Angel of the North (1998); his works at the fair distill his ideas to a more private scale. 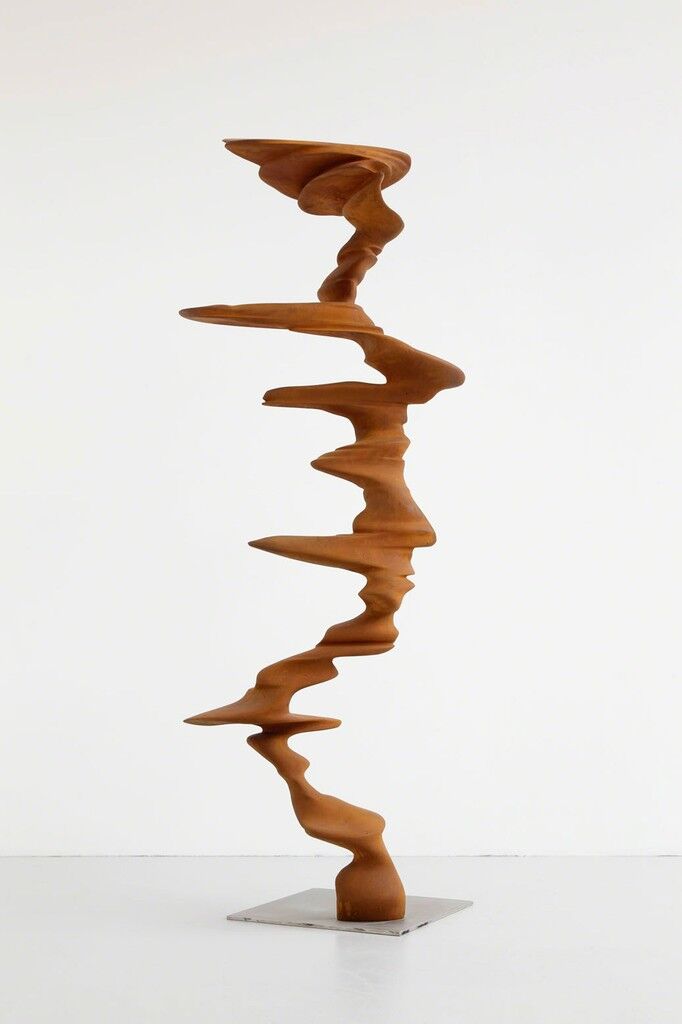 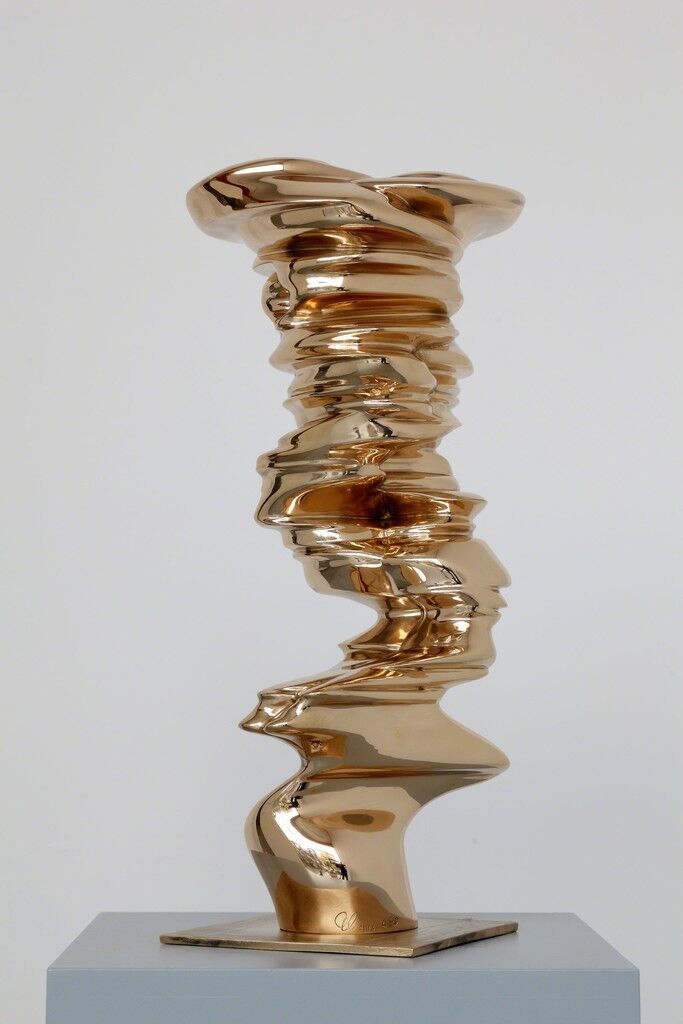 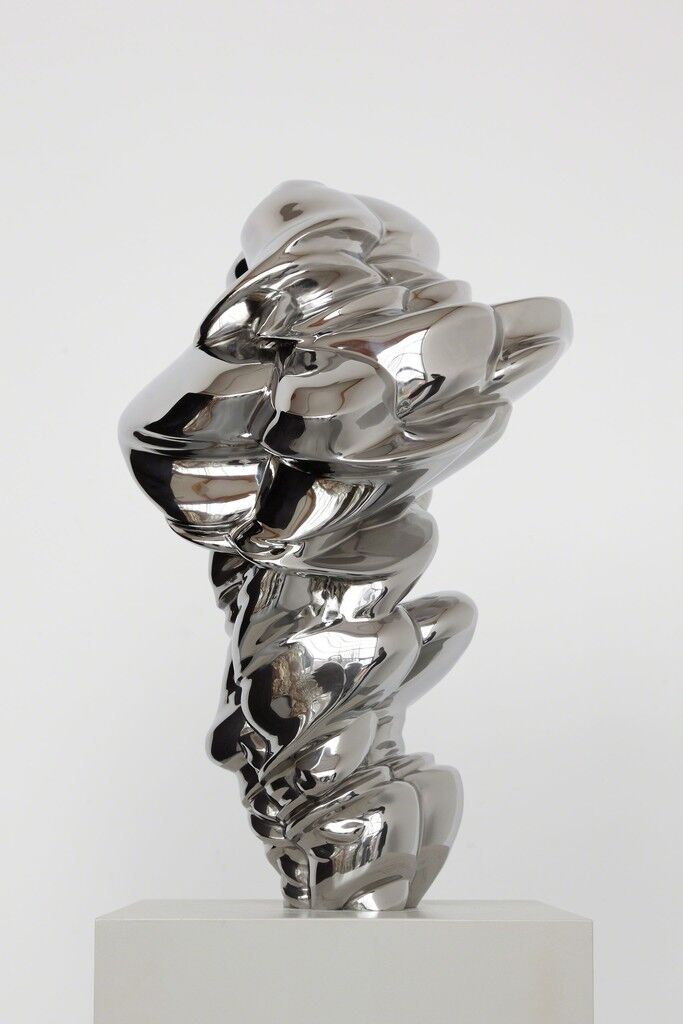 Tony Cragg
Loop, 2014
Marian Goodman Gallery
Cragg is hardly an unsung hero. Yet, prior to 2011, his work had long been absent from American exhibition. His sculptures for Marian Goodman Gallery are made from the flashier materials he took up in the mid-’80s, having abandoned found objects. For Cragg material is everything, and the stone, steel, and bronze he’s using these days are hardly all for show; in their sleek, dynamic undulations, these works speak to Cragg’s efforts to expose the physical properties of his materials and rely on viewers’ sightlines to reveal their formal possibilities. 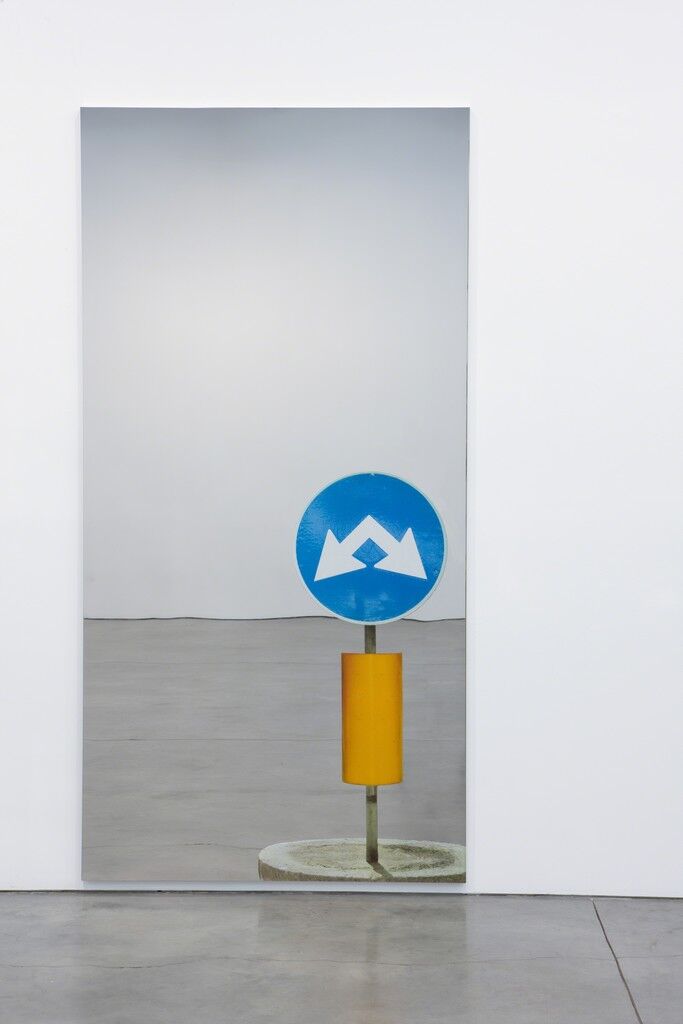 Michelangelo Pistoletto
Doppia direzione (Double direction), 2008
Luhring Augustine
In new works, Italian artists each at some point associated with
Arte Povera
also make subtle investigations into material and viewer experience. In his recent practice,
Michelangelo Pistoletto
continues to use “poor” materials, such as used clothes, which characterized his movement in the early ’70s. At Luhring Augustine, the mirror pieces he has produced for nearly 50 years, such as Doppia direzione (Double direction) (2008), use the nature of their material to incorporate the viewer into the artwork itself. 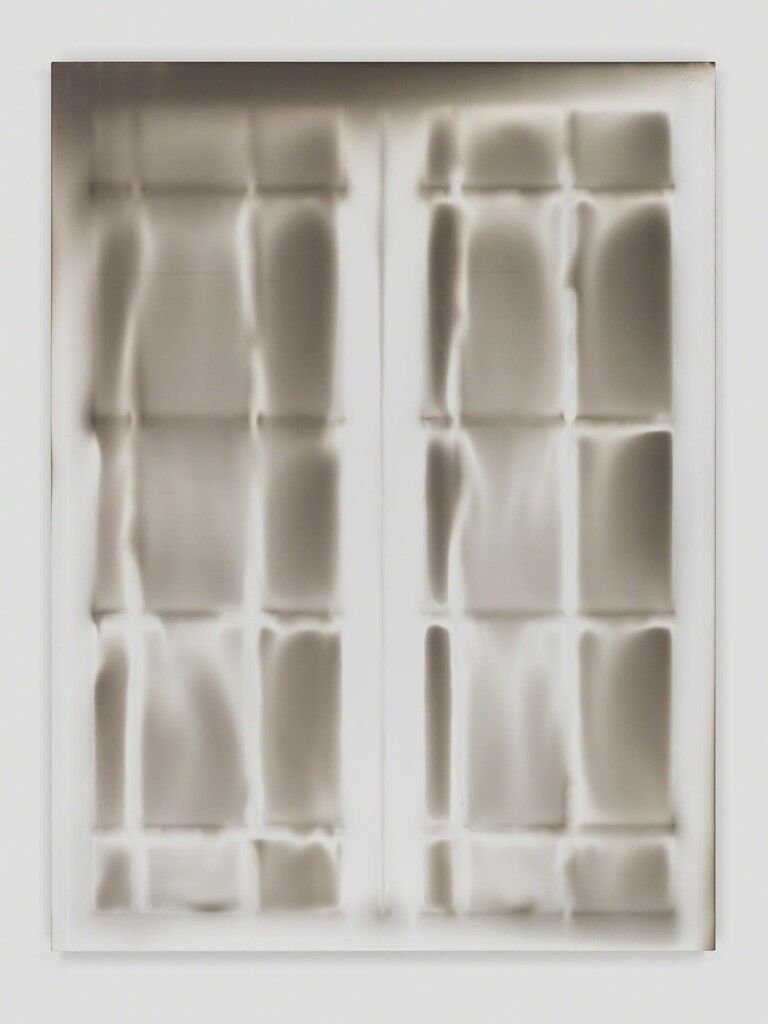 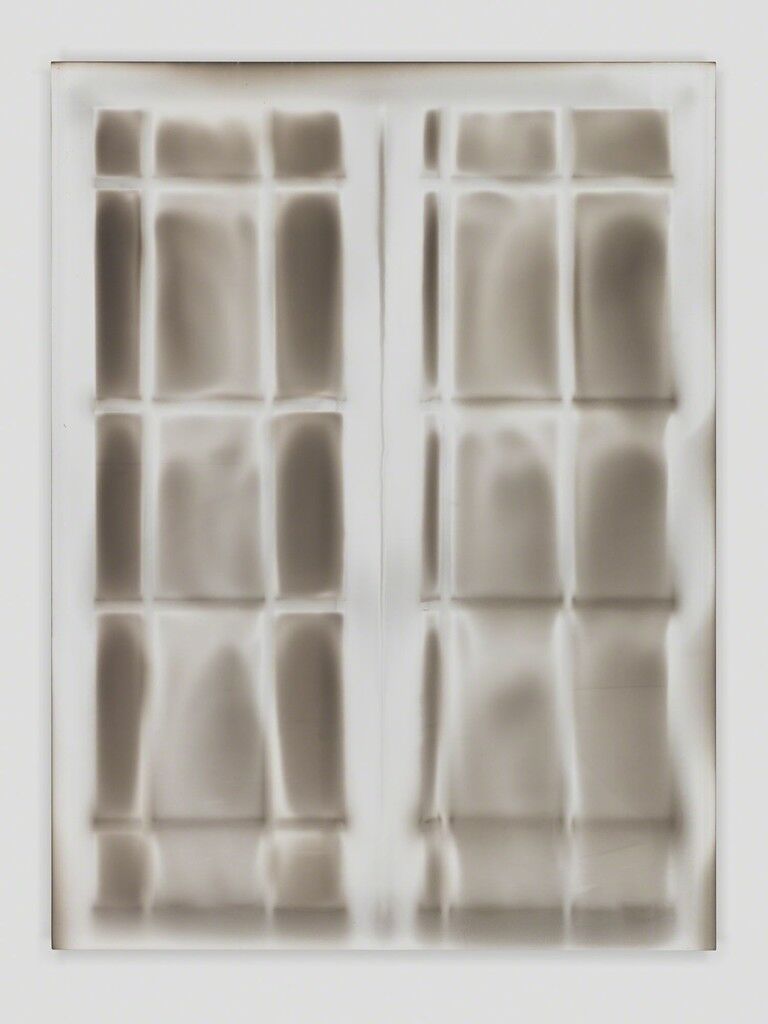 Claudio Parmiggiani
Untitled, 2014
Bortolami
Claudio Parmiggiani
, despite avoiding Arte Povera ties, also employs humble materials. Last year’s Bortolami show was his first U.S. exhibition since 1986, and the gallery’s focus on him at the fair continues his American return. Juxtaposed with earlier pieces illustrating his range, Parmiggiani’s untitled works from 2014 are unassuming grisailles in smoke and soot on wood that read as negative traces of mysterious grids, recalling the delocazione technique he invented in 1970.
Intriguing works by
Gianni Piacentino
, who is little-known in this country but has had numerous solo exhibitions abroad, can be found at Michael Werner Gallery’s booth. Although he exhibited with Pistoletto in 1966, Piacentino soon left Arte Povera to develop his own style, defined by a craftsman’s approach to material. At once futuristic and retro, works such as ALU RECORD VEHICLE PROTOTYPE_SECOND, 3 (2013) are perplexing as nonfunctional objects and invite individual interpretation.
Thus, at ADAA, this year’s solo projects offer a refreshing opportunity to step outside canonized post-war America, to discover and rediscover diverse artists whose recent work provides, as has been described of Michelle Grabner’s Whitney curation, a much wider “visual curriculum on various artistic processes and approaches to materials.”
Rachel Lebowitz
Explore ADAA: The Art Show 2015 on Artsy.
Related Stories