In the Tension Between Image and Material, Donald Sultan Finds Art 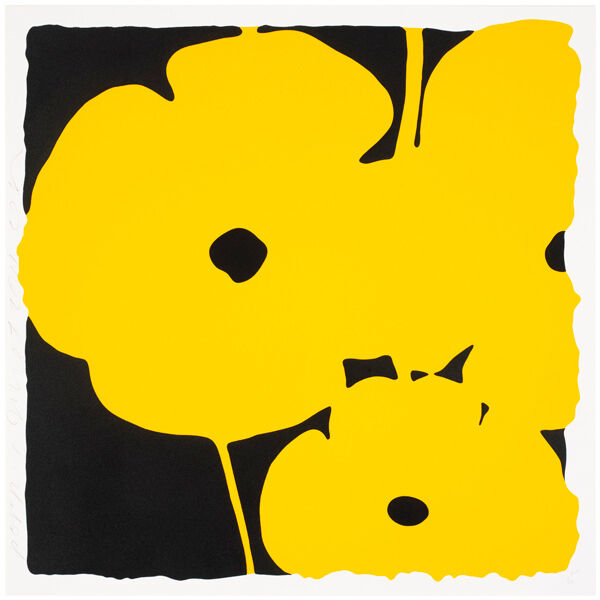 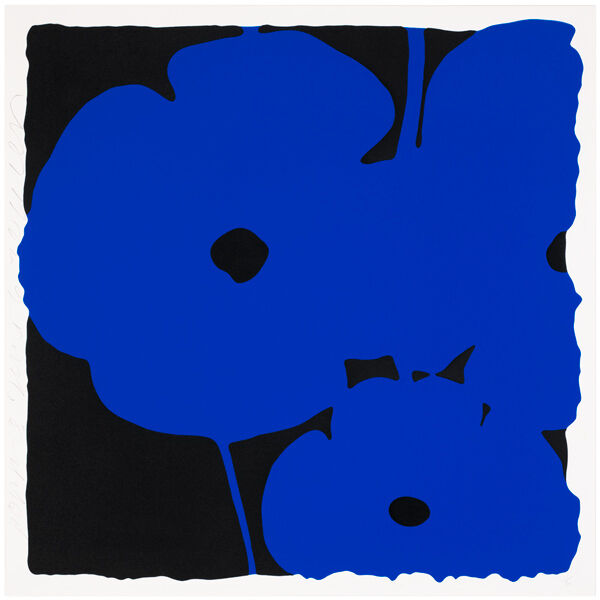 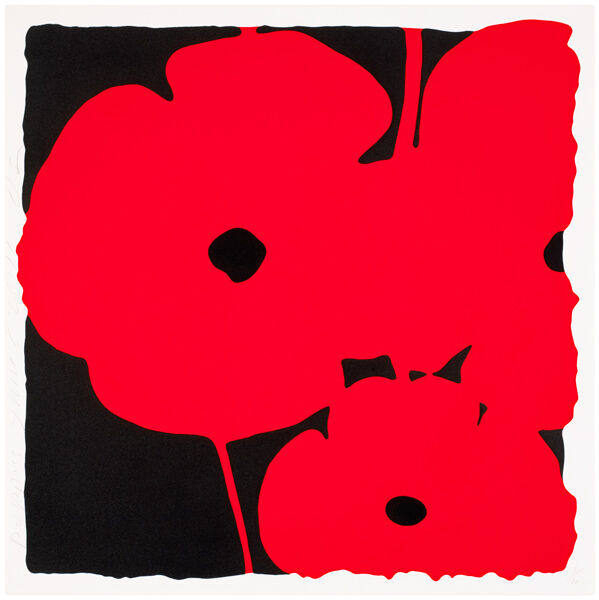 Donald Sultan
Big Poppies-Red, 2014
Vertu Fine Art
They stem from his varied background working as a set designer and fabricator and on loft renovation, his broad and deep knowledge of art history, and his keen awareness of the work of his contemporaries. He was born and raised in Asheville, North Carolina, a city that continues to inflect his art. He moved to Chicago for graduate school, where he also co-founded one of the first independent, artist-run spaces in the U.S., called N.A.M.E. Gallery. After completing his studies, he moved to New York, where he made an early living renovating lofts—which would lead to the singular works he is celebrated for today. 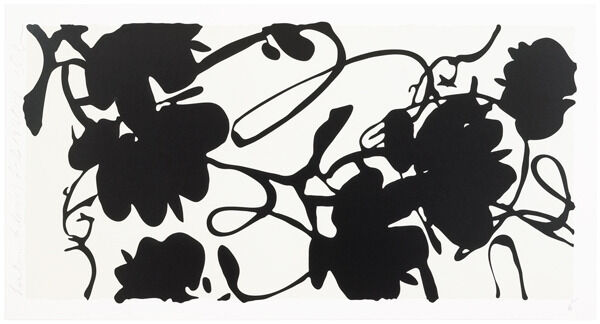 Donald Sultan
Lantern Flowers, Feb. 19, 2013, 2013
Vertu Fine Art
“I decided that I would […] rip up the floor and put it on the wall,” Sultan once said, referring to the fact that he makes his paintings not with canvas and paint, but with slabs of linoleum and Masonite, onto which he layers all manner of utilitarian and industrial materials, including tar, vinyl, ceramic tiles, and enamel. This unlikely choice of materials was driven as much by necessity as by concept, since he could initially only afford to use what was closest at hand—construction materials—to make his work. 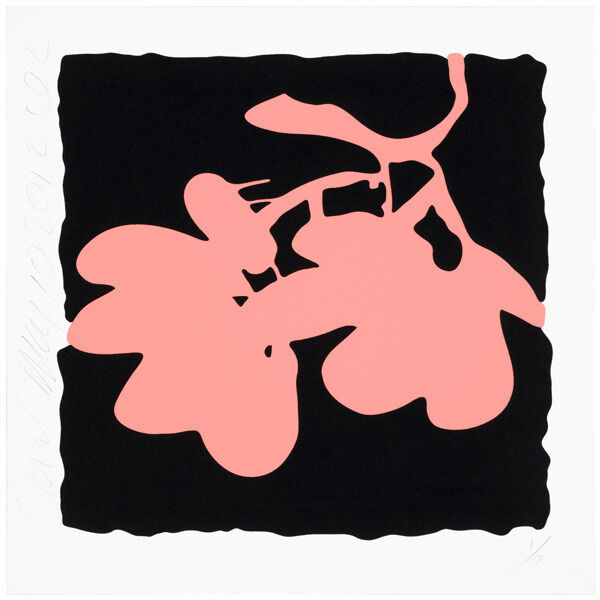 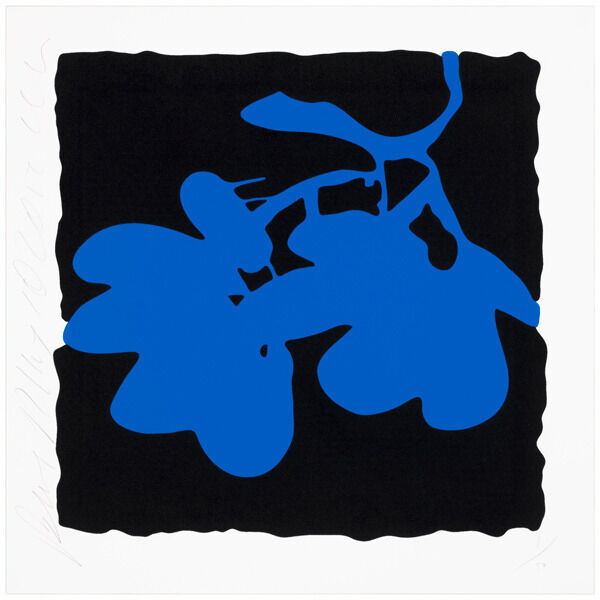 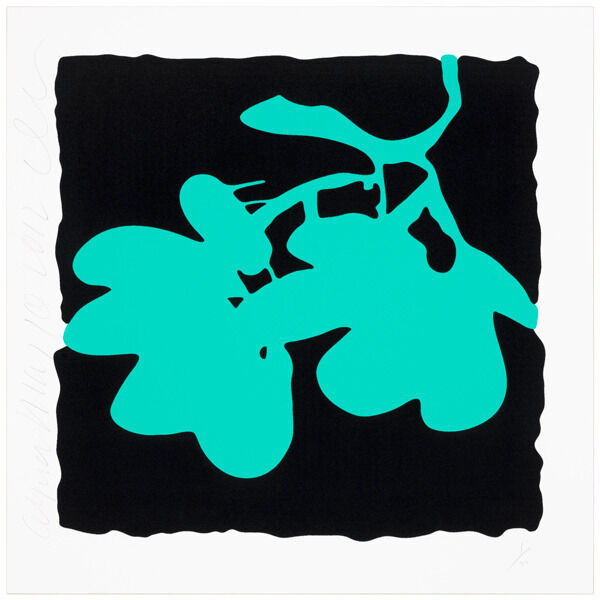 Donald Sultan
Lantern flowers - Aqua, 2012
Vertu Fine Art
Advertisement
He has stuck with this approach ever since, enjoying the tension between the overt architectural and structural references in his compositions and his markedly more delicate imagery. Within his evocative image bank are land- and cityscapes, factories, smoke stacks and smoke itself, lemons, dominoes, playing cards, and—perhaps most famously—flowers, each rendered semi-abstractly. 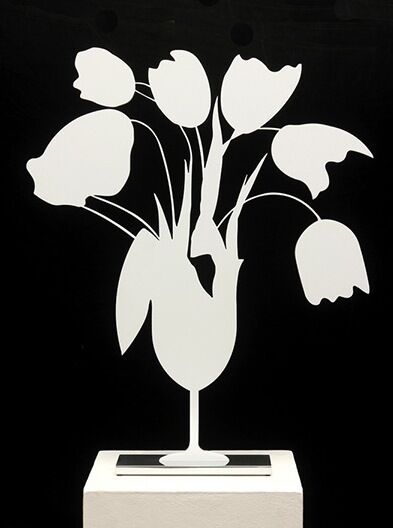 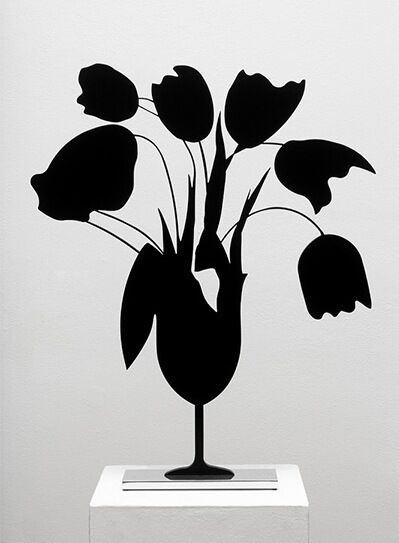 Donald Sultan
Black Tulips and Vase, April 5th, 2014, 2014
Vertu Fine Art
Viewers who find the combination of flowers and linoleum incongruent, or even jarring, are responding exactly as the artist intends. As he once explained: “The imagery is laid over on the top, so you have […] the paradox of structure and the fragility of meaning. And they compete.”
Karen Kedmey
Discover more artists at Vertu Fine Art.
Related Stories