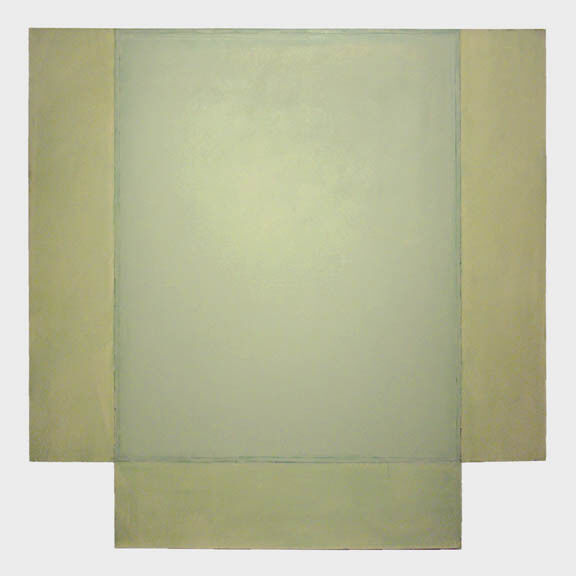 Jake Berthot
Bone, 1973
Betty Cuningham
Early in his career Berthot was one of a few artists who bridged the gap between an earlier generation of
abstract expressionists
and a younger cohort of
reductivist, minimal painters
. He was greatly impressed by the work of
Mark Rothko
and was mentored by
Milton Resnick
, and his work shared their Romantic, formalist affinities. “A painting cannot exist without presence or gaze,” he explained shortly before his death. “If I’m concerned with presence, I build a shape with a different intention than if I’m concerned with gaze.” He built
shaped canvases
and painted in
near-monochrome
grays and earth tones, similar to artists such as
Brice Marden
and
Helmut Federle
. Works such as Bone (1973), with its tetraptych, window-like
grid
structure, is both flatly, starkly abstract, and also suggestive of deep space, light, and meditative emotional resonance. 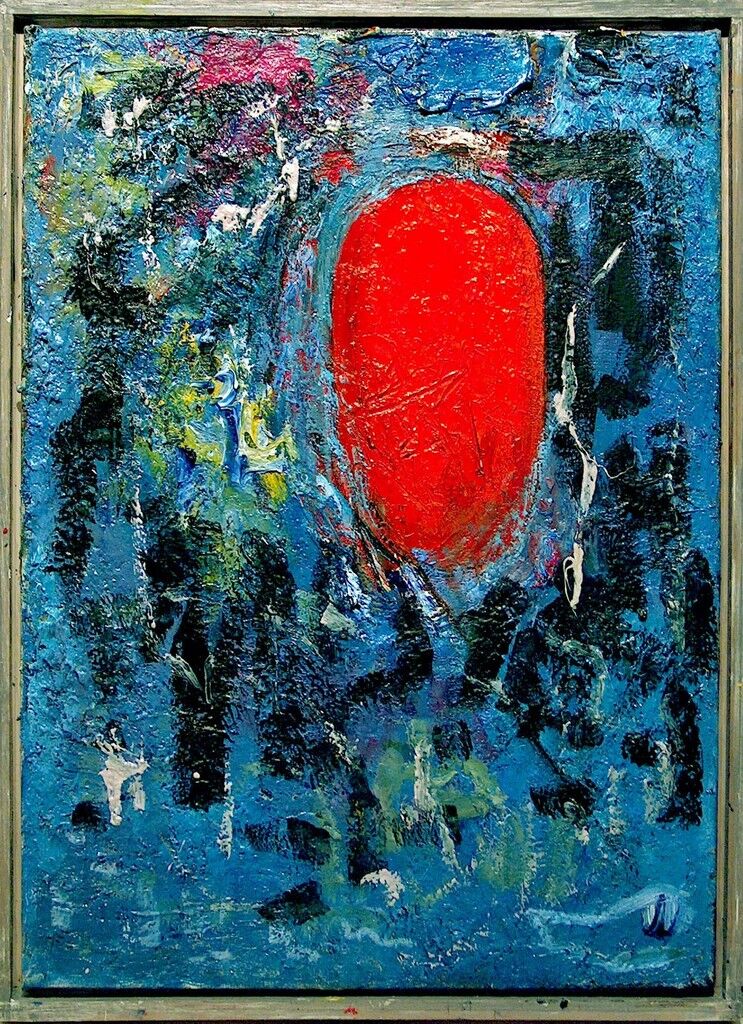 Jake Berthot
Red Point (Form for Brancusi), 1991
Betty Cuningham
In the 1980s and ’90s he went through a period of brighter abstraction that included gestural imagery and references to earlier modernist art. His 1991 painting Red Point (Form for Brancusi) is an homage to the famed cubist sculptor
Constantin Brancusi
, with a large red oval in a blue field. Multicolored lines stream from the form, alluding to the kind of
movement
that the elder artist’s
bronzes
suggest. 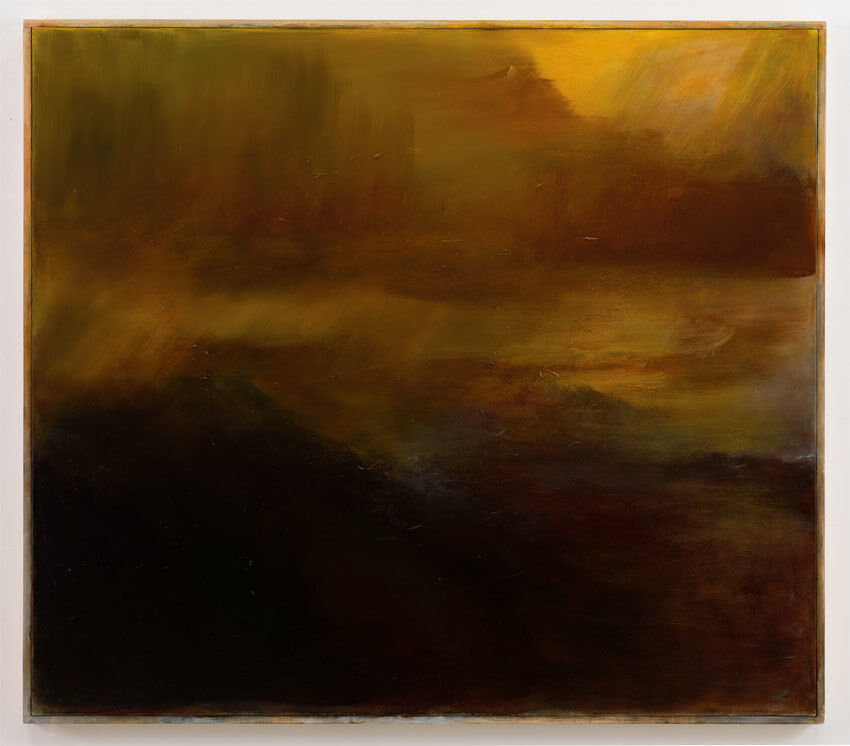 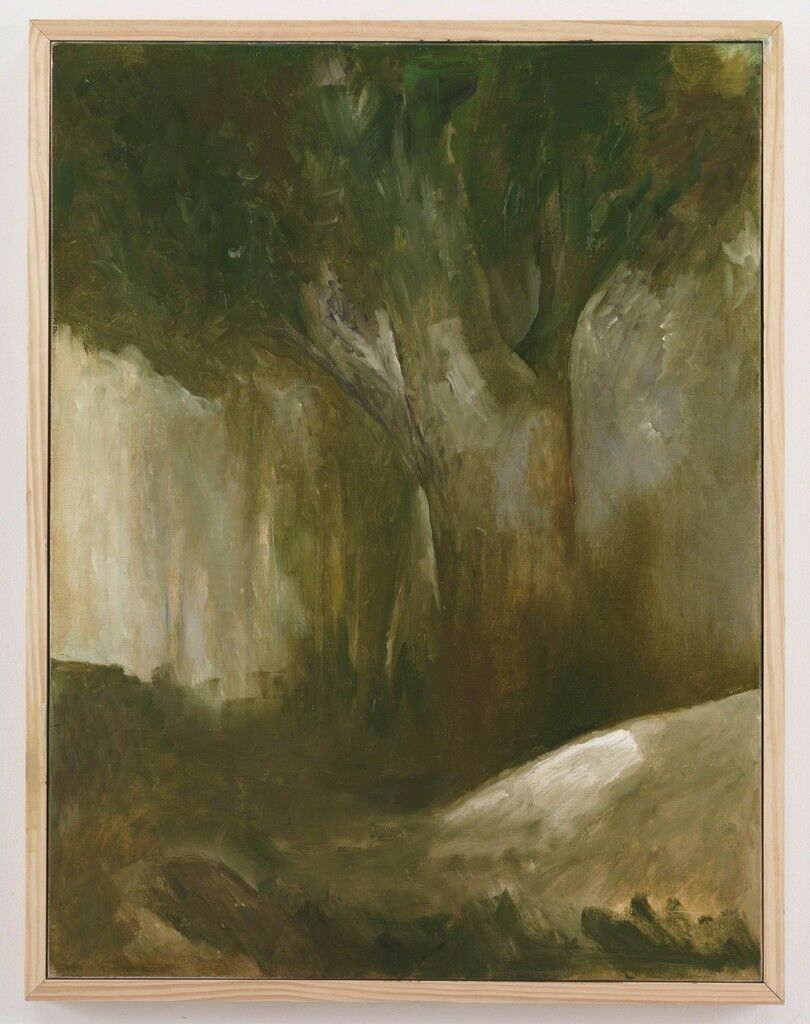 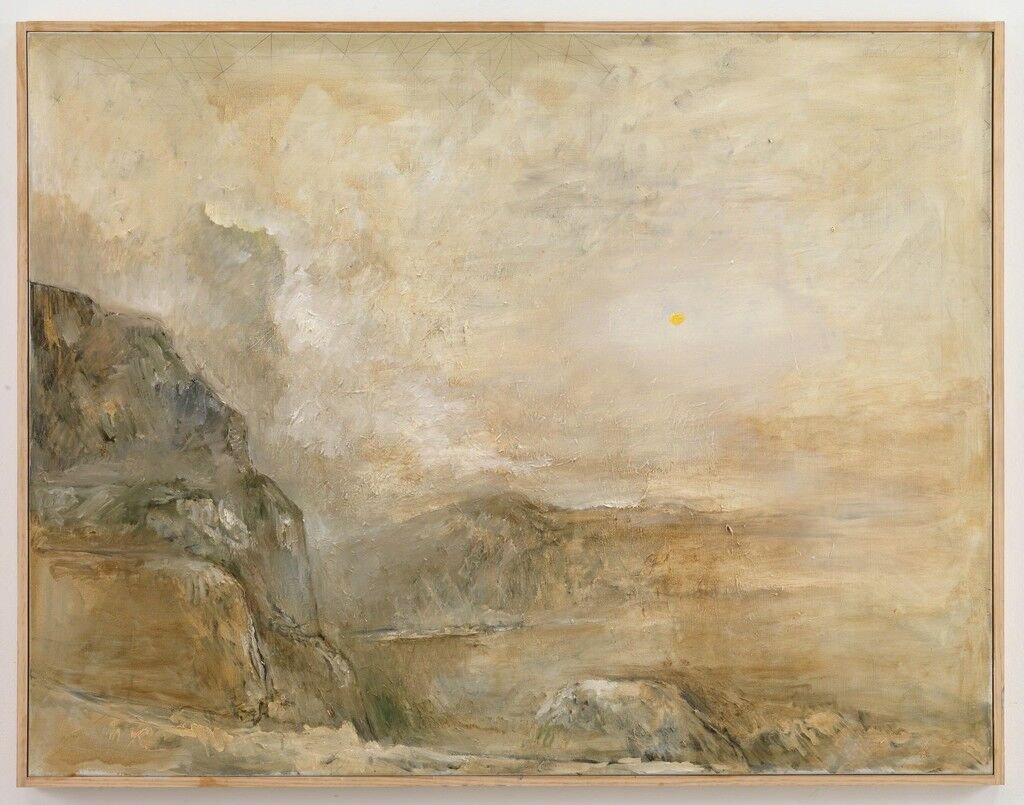 Jake Berthot
Icarus, 2008
Betty Cuningham
Advertisement
In 1996, Berthot moved to upstate New York and gradually the atmospheric depth of his minimal work began to coalesce into recognizable references to the natural world, including intense attention to light, foreshadowed in his earlier work.
Chiaroscuro
works such as Janlori Loop (2008-9) show the kind of development and return to realism that Berthot made in his late career. Although hazy and not distinctly representational, the image can be read as rolling clouds over the countryside’s hills. More explicitly pictorial images, such as Icarus (2008) and Untitled (2010), depict trees and
atmospheric landscapes
in a manner indebted to forebears of Resnick and Rothko:
J.M.W. Turner
,
Caspar David Friedrich
, and other
Romantic
painters.
Throughout his life, Berthot strived to show the inexpressible—in
minimalism
, in abstraction, in naturalism. His varied explorations are an example for all artists who strive to find a voice capable of speaking truth in many visual languages. He will be missed.
—Stephen Dillon
Discover more artists at Betty Cuningham Gallery.
Related Stories