Matthew Conradt Shares His Lost Past in Pictures

Artsy Editors
Feb 24, 2015 7:00pm
His second solo show at the gallery, “New Noise,” presents a new series of collages that re-imagine the landscape of his youth and the dissolution of the
American Dream
. Having grown up in Iowa, a part of the region often called the “Rust Belt” due to its reliance on manufacturing, Conradt pulls imagery from historical sources and uses them to trace the
decay
in America’s industrial jobs. His collages encapsulate both a sense of nostalgia and a critical vision of the future. 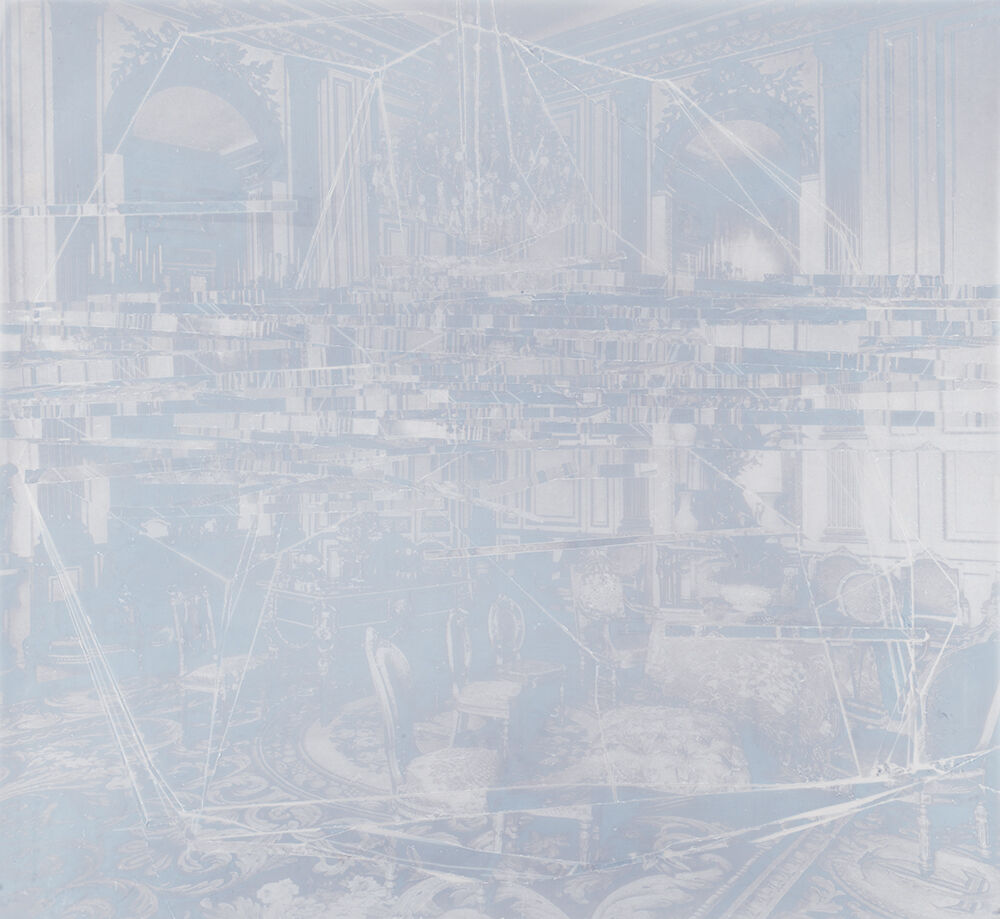 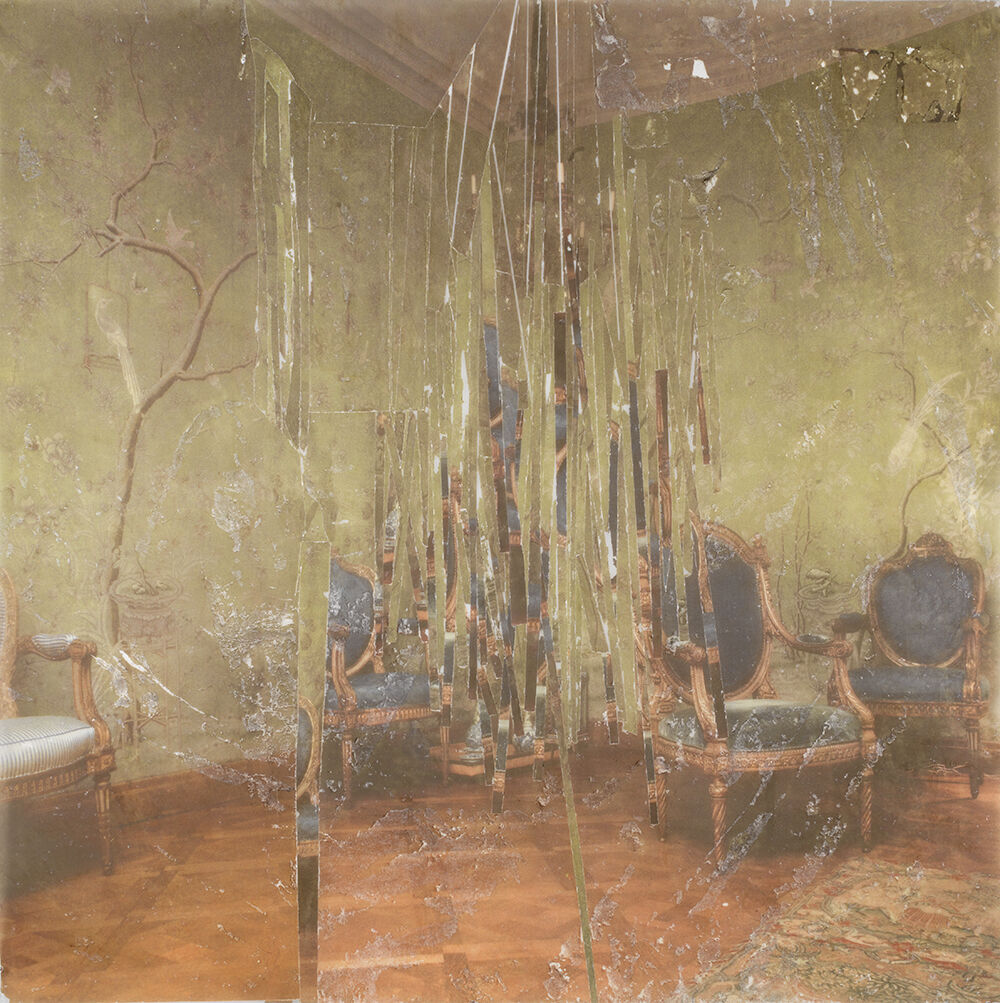 Detritus, 2008
Muriel Guépin Gallery
Conradt’s works draw together various media and reflect his artistic practice, which spans printmaking, painting, and photography. He explains, “For me, doing
collage
and photo-transfer stuff was a way of getting away from all the meticulousness that comes with painting.” He uses photo-transfer techniques to print images on Mylar that he then manipulates by cutting and repositioning or by adding pigments. In Noise (2014), the artist has used a photograph of an opulent interior by cutting a portion of the middle of the image into strips. He rearranges those slices to create an abstracted version of the original image, which includes many of the same formal characteristics, but is largely illegible. The golden hues and the roughened surface underscore a sense of nostalgia for a time and place that is now lost. Other works, such as Unaccountable (2015) and Detritus (2008), take this to even greater heights by
obscuring
the image and its easy comprehension. 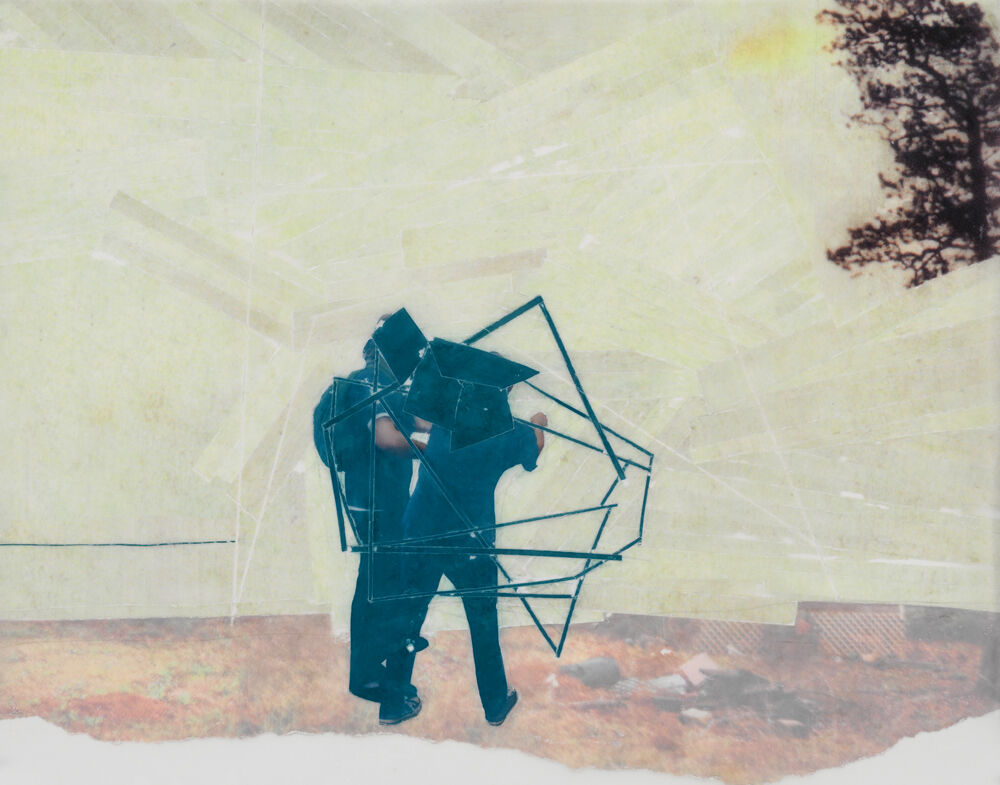 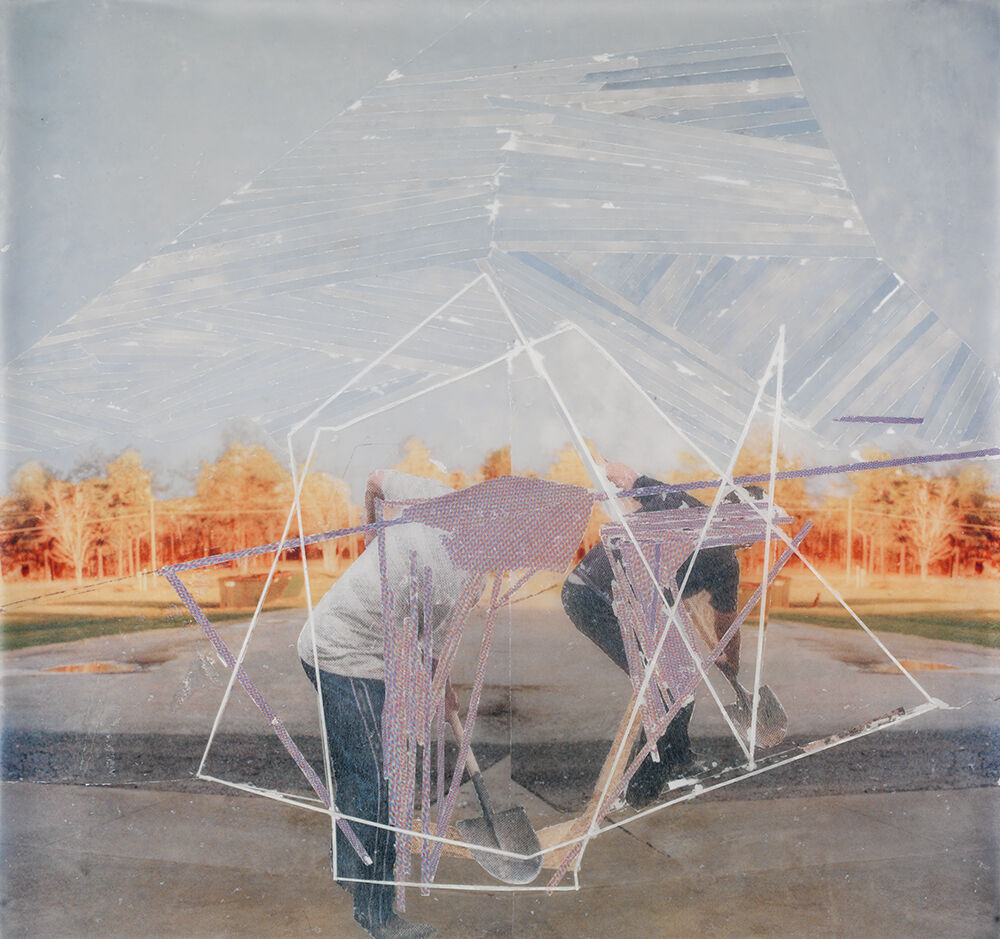 Like Wonders Much Reduced, 2014
Muriel Guépin Gallery
Occasionally, figures appear in Conradt’s work: in Cement Sucking (2014) and Untitled - Study for Surface (2015), pairs of people perform unknown tasks, creating a sense of re-creation and emotional resonance. However, in larger images, such as Like Wonders Much Reduced (2014), Conradt shifts his focus to the surrounding architecture, in this case, an ornate concert hall in a stereoscopic photograph. Like the photographer
Hiroshi Sugimoto
, Conradt examines the ways in which architecture signifies human relationships and experience. 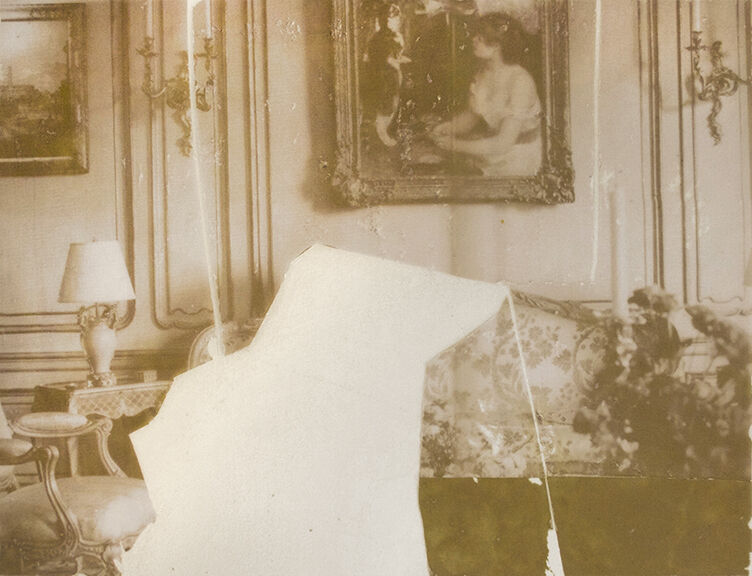 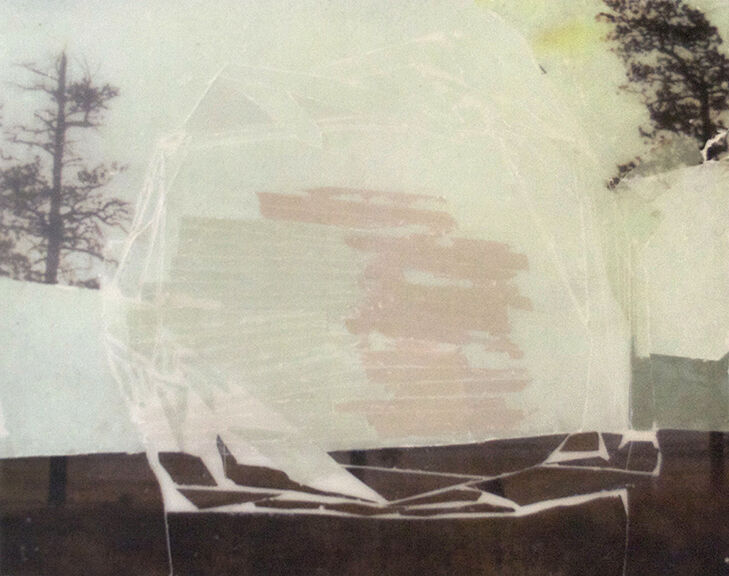 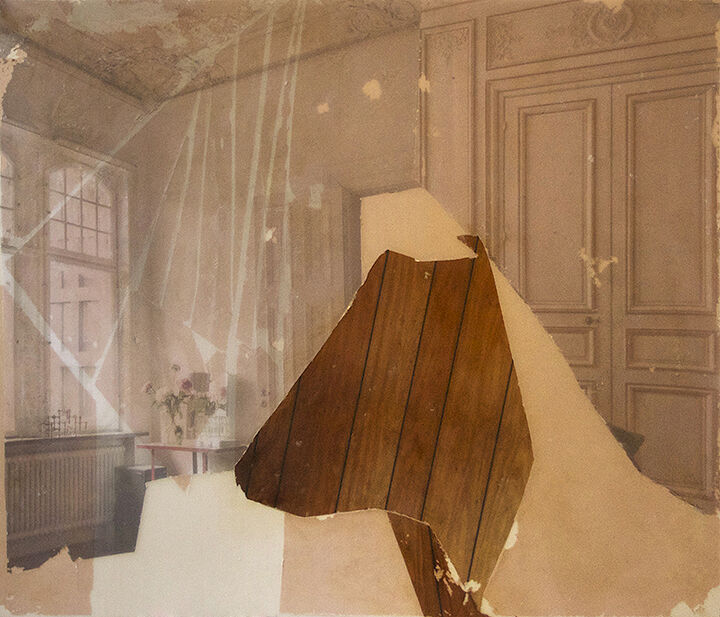