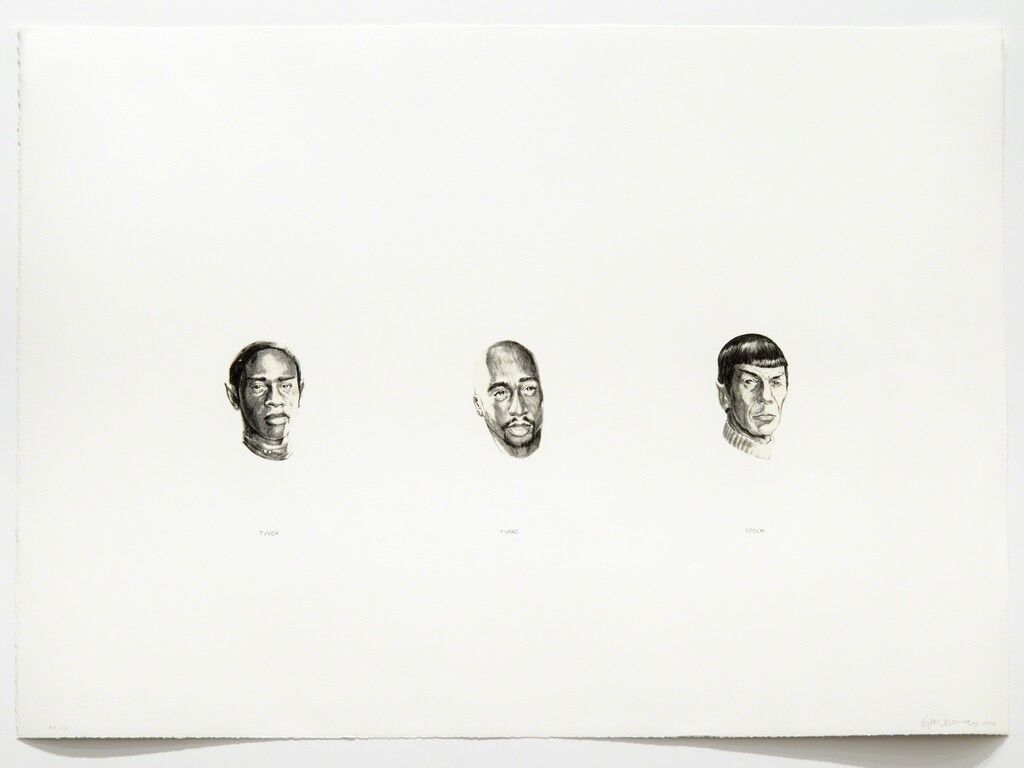 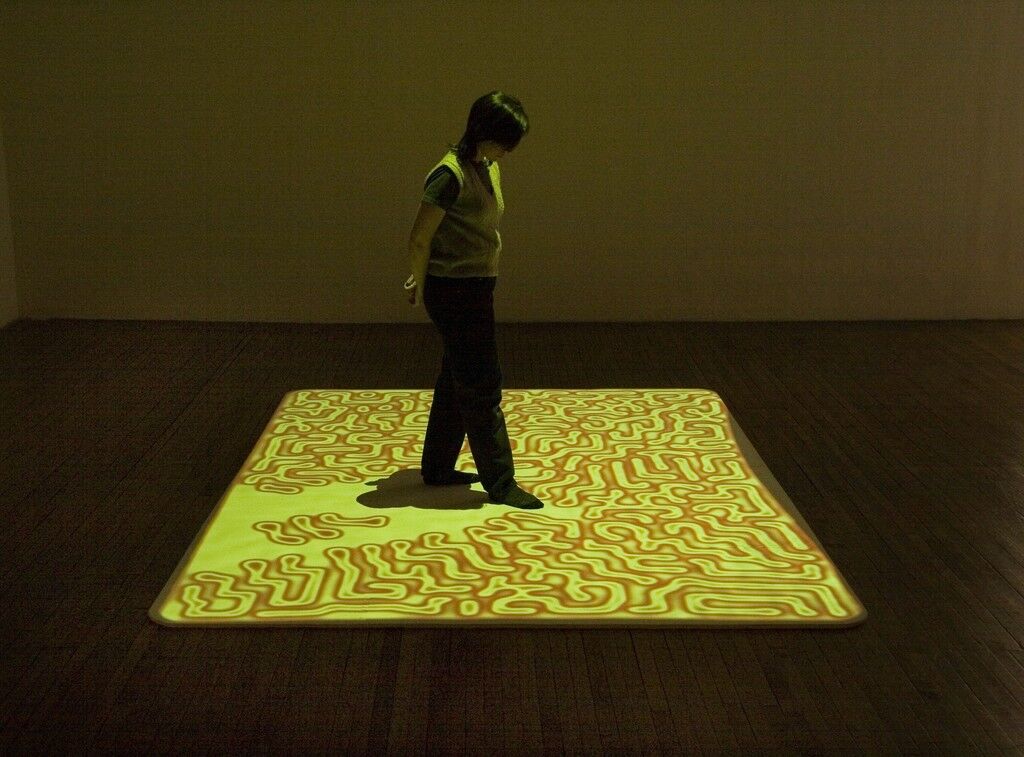 Brian Knep
Healing No. 1, 2003-2004
Ronald Feldman Fine Arts
If it’s not immediately clear to you how the slain American rapper Tupac Shakur—as pictured in
Edgar Arceneaux
’s Spock, Tuvok, Tupac (2006)—might relate to hard science, then you’re not alone. It’s a metaphor, of course, but let’s back up. The title of the show references wave-particle duality, a concept explored in Albert Einstein and Leopold Infeld’s The Evolution of Physics, a 1938 text that laid out popular theories on  physical phenomena. They wrote, “we are faced with a new kind of difficulty. We have two contradictory pictures of reality; separately neither of them fully explains the phenomena of light, but together they do.” 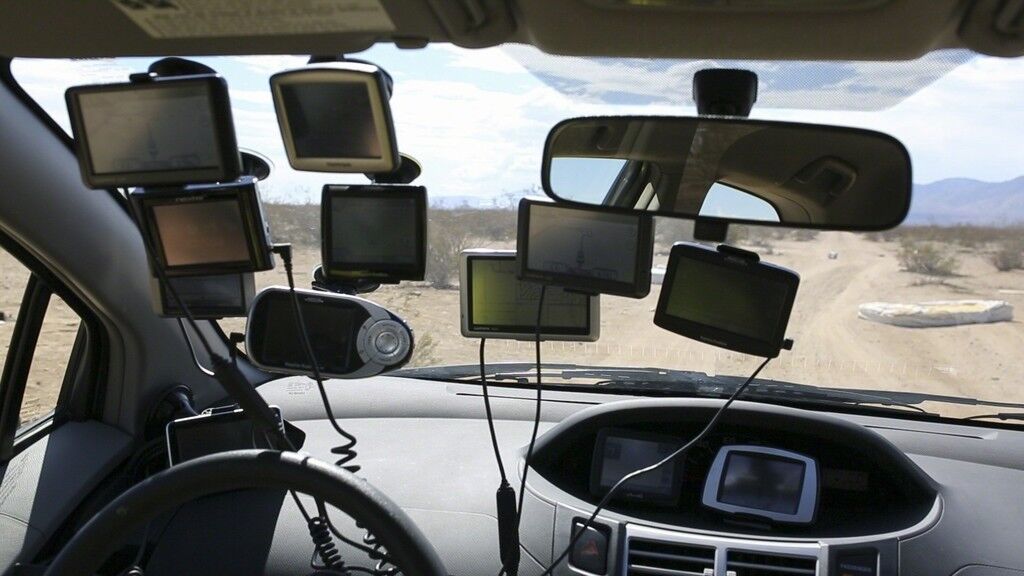 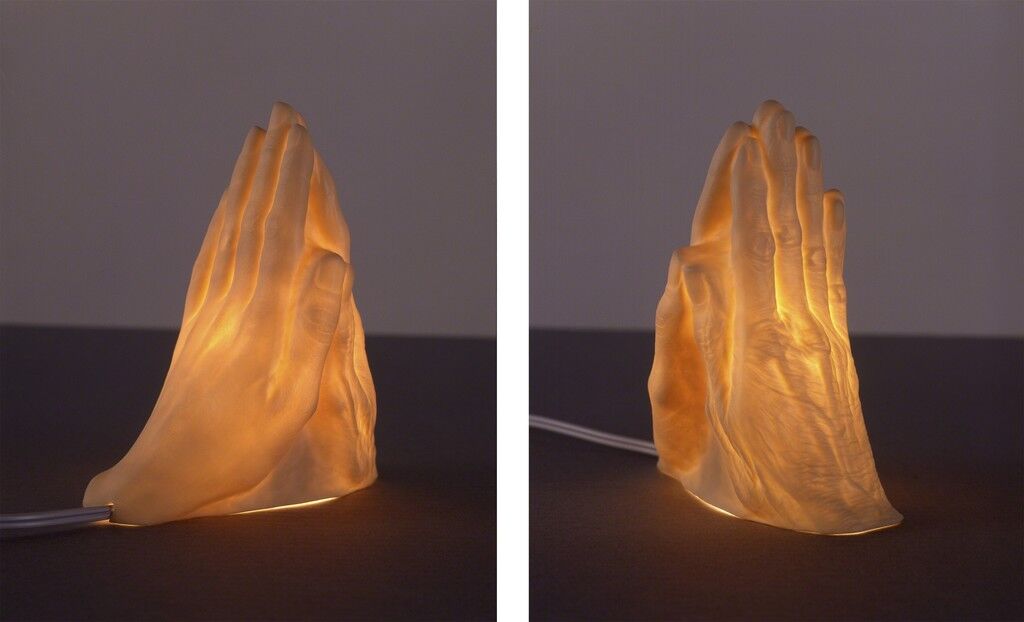 Janine Antoni
If I Die Before I Wake (Mother's Hand Meets Daughter's Hand in Prayer), 2004
Ronald Feldman Fine Arts
Concepts of contradictory elements and the ways they can be combined and synthesized run throughout the works of “Wave & Particle.” It’s a theme that’s easily discernible in certain pieces, like
Janine Antoni
’s If I Die Before I Wake (Mother’s Hand Meets Daughter’s Hand in Prayer) (2004), an illuminated porcelain sculpture that the viewer can inspect from various angles, or
Jesse Sugarmann
’s digital video California Bloodlines (GPS Dozen) (2013). In other pieces, the message is more subtle, such as the ethereal but vaguely abstract Rembrandt (2009-2010) by
Jason Salavon
, an American artist known for digitally fusing hundreds of images into aggregates. 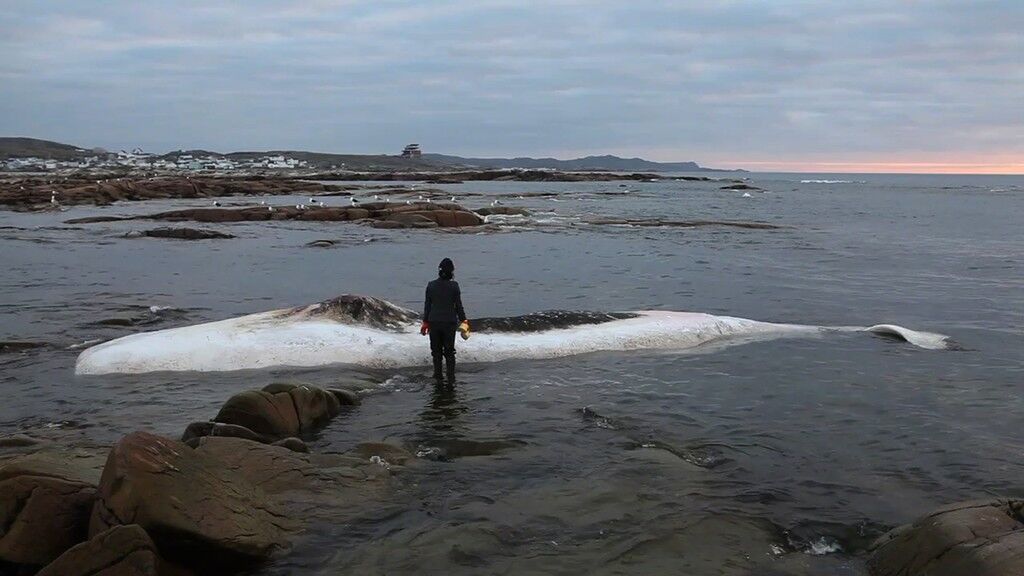 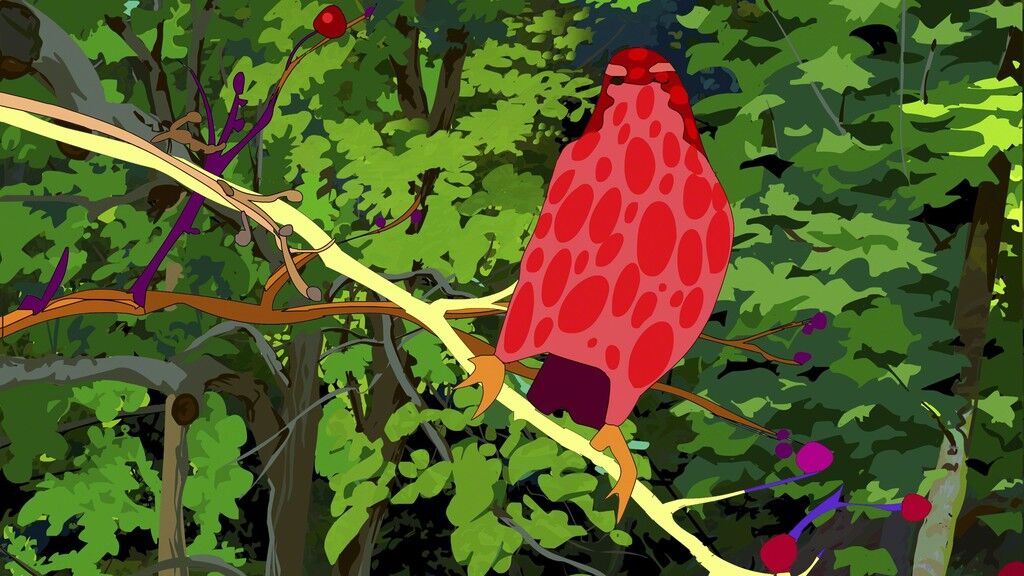 Kelly Heaton
The Surrogate, 2002-2003
Ronald Feldman Fine Arts
Advertisement
And then, there’s Tupac. Arceneaux, a Los Angeles-based contemporary artist, works with accidental associations that the mind often makes between seemingly disparate topics, such as the rhyming names of the trio of pop culture figures that he features in Spock, Tuvok, Tupac (2006). As with all of the artists included in “Wave & Particle,” Arceneaux is a recipient of financial and advisory support from Creative Capital. In fifteen years, the program has distributed more than $35 million in funding to 465 projects representing 579 artists—an impressive commitment to the visual arts that’s celebrated this month in New York.
—Bridget Gleeson
“Wave & Particle: A Group Exhibition Celebrating the 15th Anniversary of Creative Capital” is on view at Ronald Feldman Fine Arts, New York, Feb. 14th–Mar. 21st, 2015.
Follow Ronald Feldman Fine Arts on Artsy.
Related Stories