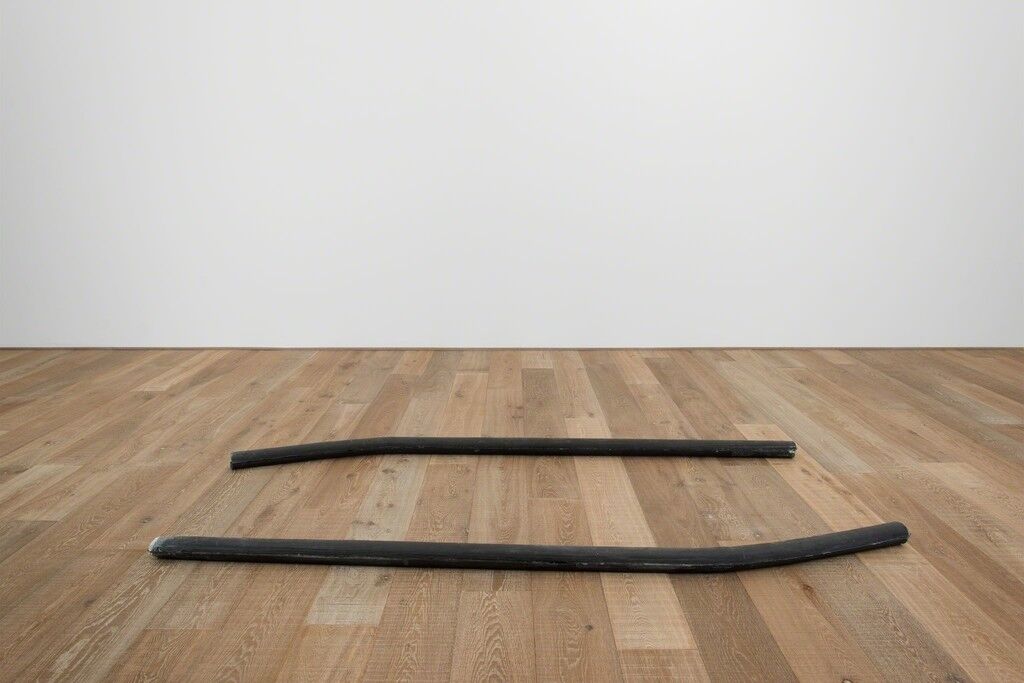 Esther Kläs
UP, 2014
Xavier Hufkens
True to the singular approach that has garnered her praise, German artist
Esther Kläs
keeps her pieces spare and suggestive for her first solo showing at Xavier Hufkens in Brussels. Titled “Esther Kläs: CHERE: Sculpture,” the exhibition includes a drawing and a selection of the artist’s recent freestanding, hanging, and floor-based sculptures. These are arranged thoughtfully, with ample room to breathe. The small drawing Red Moon (2014) is the only work occupying an expansive wall, and it features lines and shapes that echo the nearby sculptures. An entire section of the space has been left unfilled, an intentional decision that is in line with the artist’s own feeling about the process of making, and allows viewers to move freely before the works and best experience their unassuming nature and rich textures. “It is easier for me to have a dialogue with something I can move around,” Kläs explains. 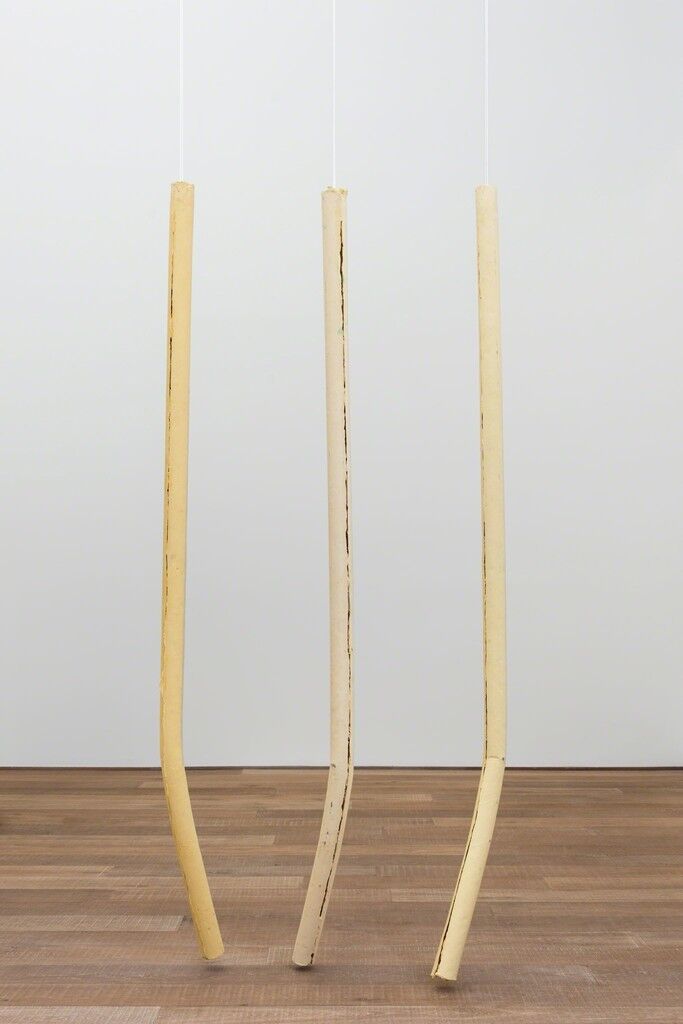 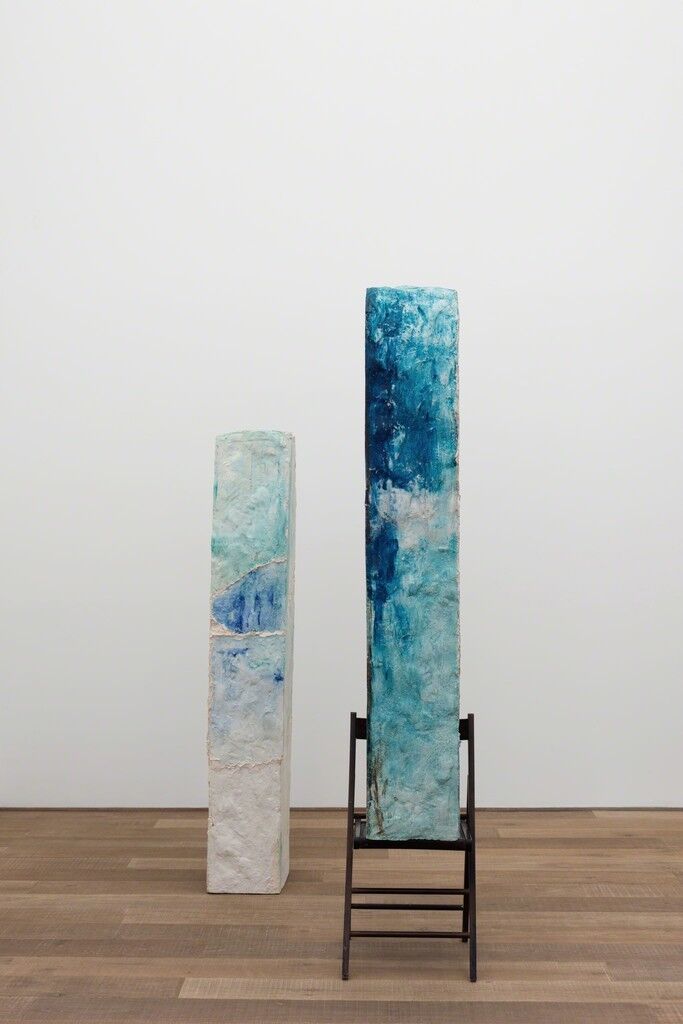 Esther Kläs
CHAIR, 2014
Xavier Hufkens
Over the past decade, Kläs has developed a body of work that blurs the boundaries between her chosen media—prints, painting, drawing, and sculpture—which is especially apparent in her lyrical arrangement of various sculptures set at one end of the gallery’s space. This site-specific installation includes pigmented resin monoliths, suspended forms, and works that engage the gallery’s floor. CHAIR (2014) features two blue columns with one set high on a black chair; PART 3 (2014) is a beige totem that stands adjacent to a grouping of five metallic rings on the floor; III (2014) comprises three yellow tubes suspended from the ceiling; and HERE (2014) presents an open black circle that floats above a curved black tube. Taken together, these distinct works cohere into a single composition in space, as if a painting transformed into three-dimensions, and stand in an ever-shifting dialogue with each other, as viewers move around them in any number of ways.
References to architecture or the human body may come to mind when regarding these works. But, for Kläs, the material is the message, and it speaks of the beauty and delicacy that resides in the most humble of things. 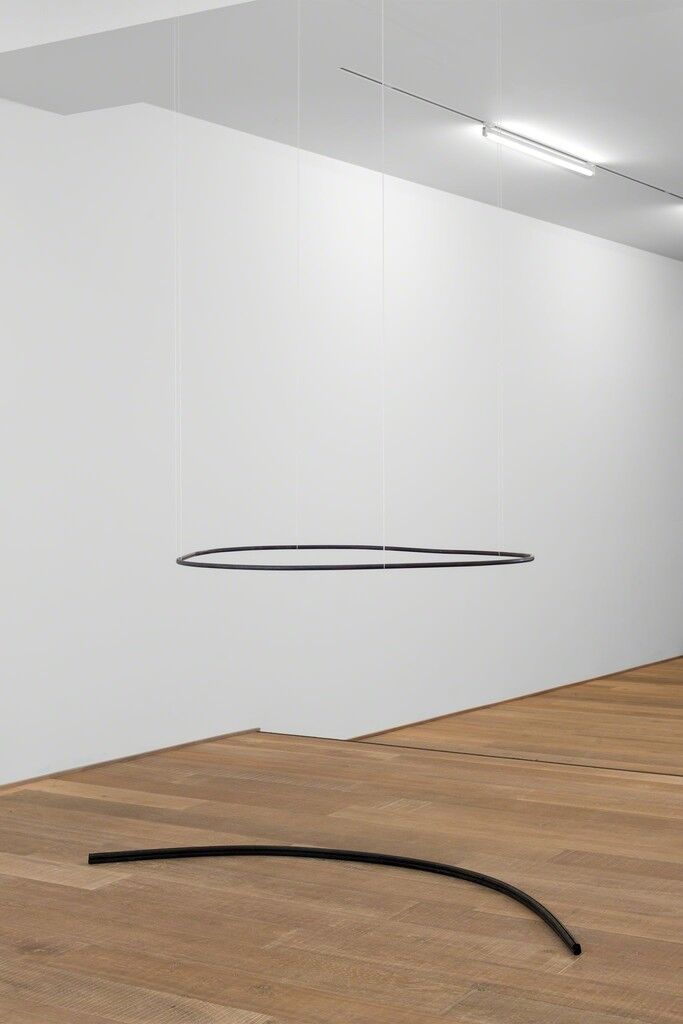