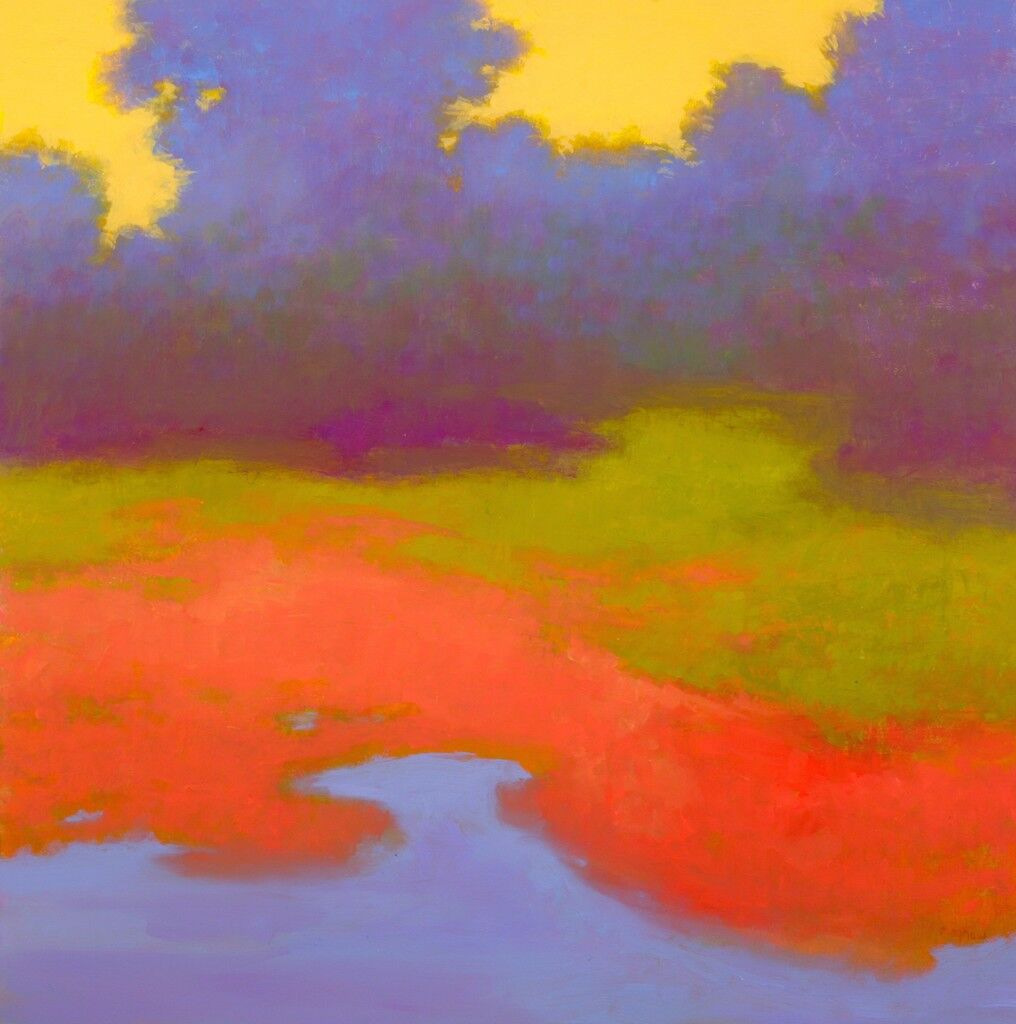 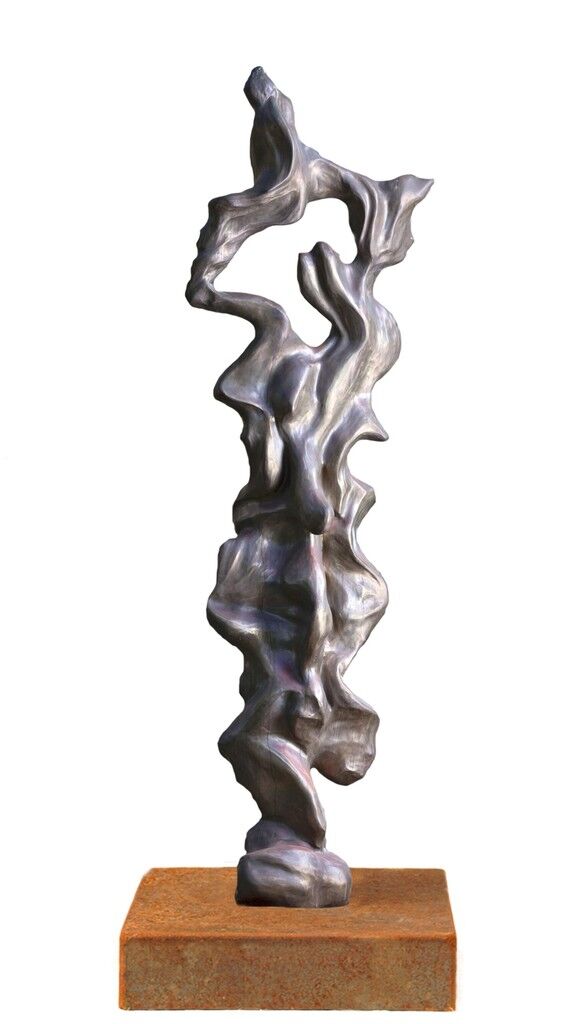 Genesis 1, 2011
ACA Galleries
Alpert, of course, is better known for his music than for his visual artwork. Back in 1965, the trumpeter and his band, the Tijuana Brass, rose past both Bob Dylan and the Beatles to claim the number one spot on Billboard’s album chart with “Whipped Cream & Other Delights.” Now, the musician is 79 years old—and a respected painter and sculptor to boot. In ACA Galleries’s new show, “Herb Alpert and Richard Mayhew: Harmonic Rhythms,” the viewer gets a glimpse of his impressive artistic range: the exhibition features two of his fanciful bronze sculptures, Brave Spirit (2013) and Genesis 1 (2011). They’re looser and more abstract, though similar in form and dimension, to his “Black Totems” (2005–2009) pieces inspired by indigenous sculpture of the Pacific Northwest. As in the development of his music, Alpert follows a sort of internal rhythm. “When I paint or sculpt I don’t have anything in mind,” he has said. “I don’t have a goal in mind other than form. I’m looking for that form that touches me and when I find it I stop.”

Brave Spirit, 2013
ACA Galleries
Mayhew’s career has been even longer, though it hasn’t taken place under the same intense spotlight. At 91 years old, he’s considered one of the greatest landscape painters alive today, with works featuring in the permanent collections of major museums including the Metropolitan and the Whitney. Jigsaw (2009), bordered on either side by Alpert’s bronze sculptures at ACA Galleries, is a fine example of his style: serene but vibrant, a lush oil on canvas that evokes the atmosphere, perhaps, of a vermilion sunset over a lake, or a shadowy forest on the edge of a field. Like Alpert’s, Mayhew’s work is deeply rooted in internal improvisation. “My art is based on a feeling—of music and mood and sensitivity and the audio responses of sound and space,” he has stated. “I want the essence of the inner soul to be on the canvas.” It’s not clear exactly what landscape you’re looking at in the resulting canvases, and that’s part of the appeal. Even in a busy gallery, it’s easy to get lost in one of Mayhew’s dreamy scenes. 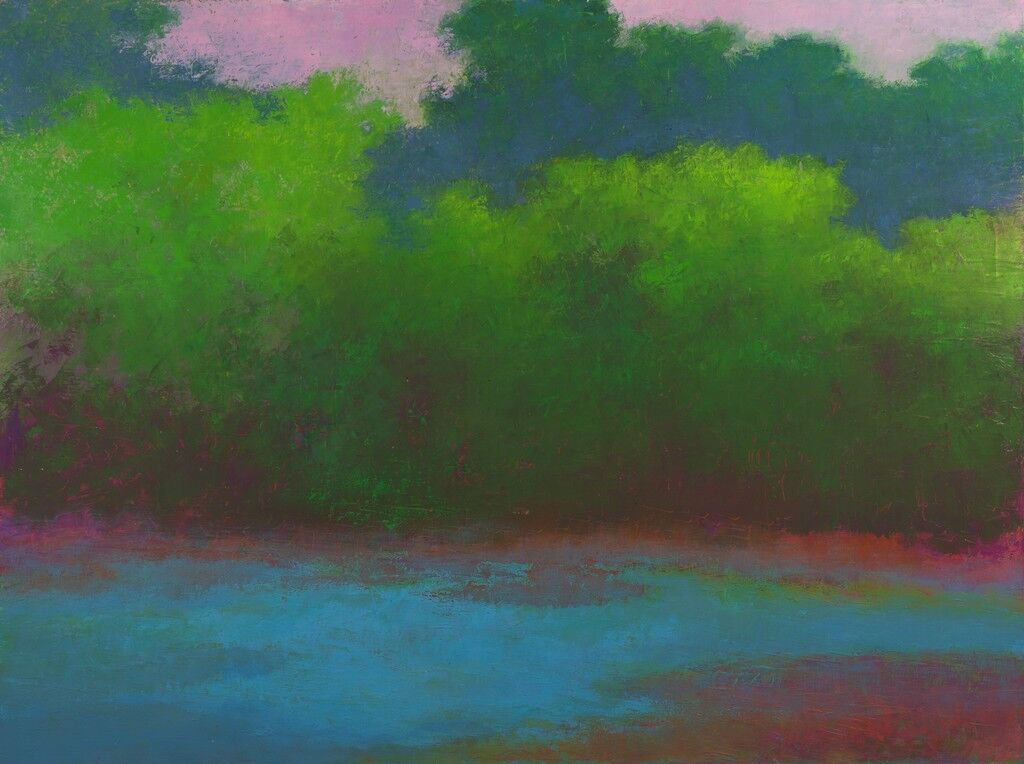 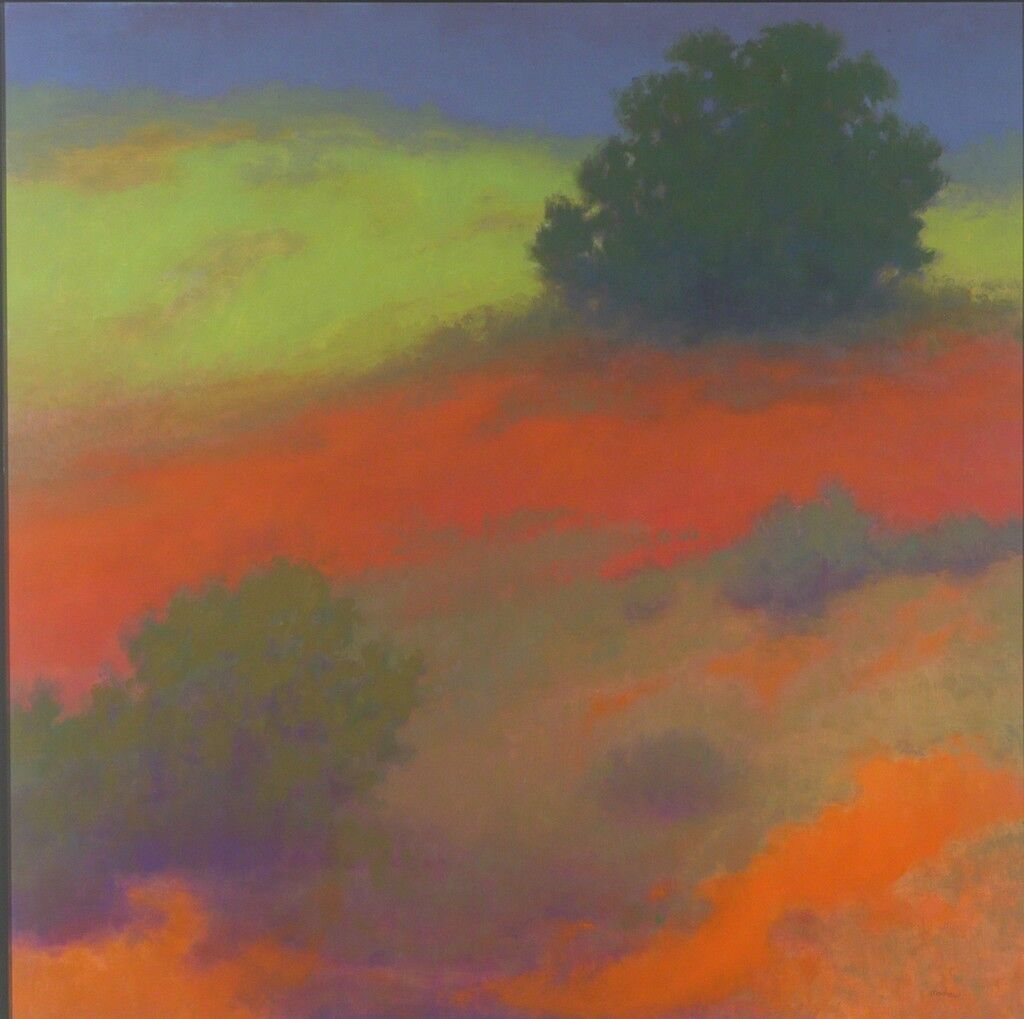 Shinnecock Reserve, 2004
ACA Galleries
Advertisement
It’s only fitting that Alpert will be playing at a quintessential New York venue, the Carlyle—of Judy Collins and Woody Allen fame—for part of the time “Harmonic Rhythms” is on exhibit. Look for the famed trumpeter from March 10 through 21.
—Bridget Gleeson
“Herb Alpert and Richard Mayhew: Harmonic Rhythms” is on view at ACA Galleries, New York, Feb. 19–Apr. 4, 2015.
Follow ACA Galleries on Artsy.
Related Stories