Artsy Editors
Mar 2, 2015 6:25pm
Tucked into one of the New Museum’s stairwell alcoves, an animated video—IT’S SO IMPORTANT TO SEEM WONDERFUL (2015)—by the self-described “bi-coastal, bi-sexual” performance artist
Casey Jane Ellison
plays on loop. The digital rendering, which is based on the artist’s own standup comedy, sets Ellison’s staccato musings on her new smartphone and her abundance of anxiety disorders onto a bald avatar, invoking the nervous chill of the uncanny valley. 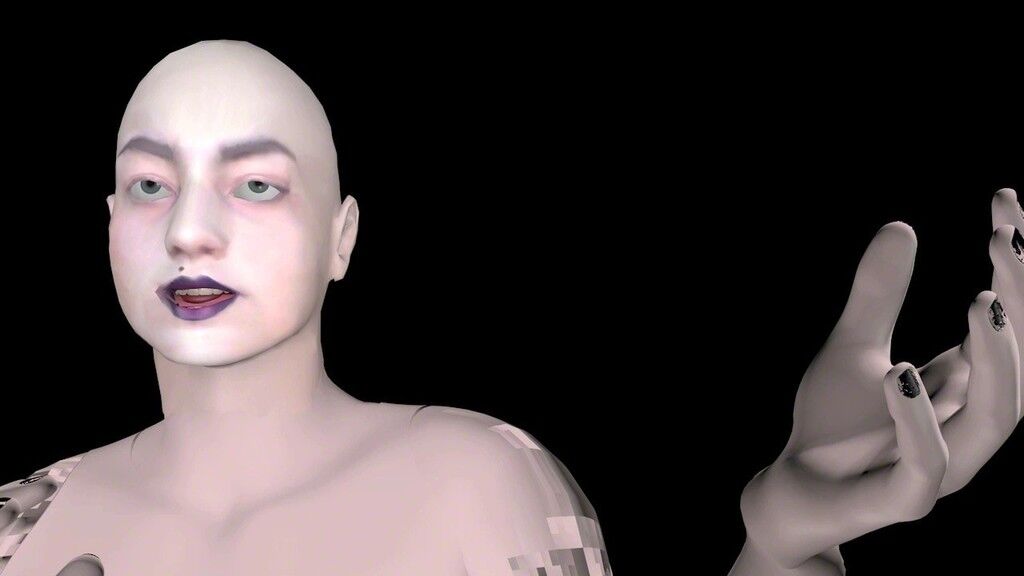 Casey Jane Ellison
IT'S SO IMPORTANT TO SEEM WONDERFUL (still), 2015
"Triennial 2015: Surround Audience" at New Museum, New York (2015)
Ellison’s practice at large—exemplified in this installation for the New Museum’s “predictive” (as opposed to “retrospective”) triennial show—is based on what she calls self-objectification. The work articulates a hyper-awareness of a mass audience and a studied focus on the digital and social appendages that have become a necessary component of life today. It’s a concept that repeats often in the works of the 51 artists and collectives in this third triennial, “Surround Audience.” 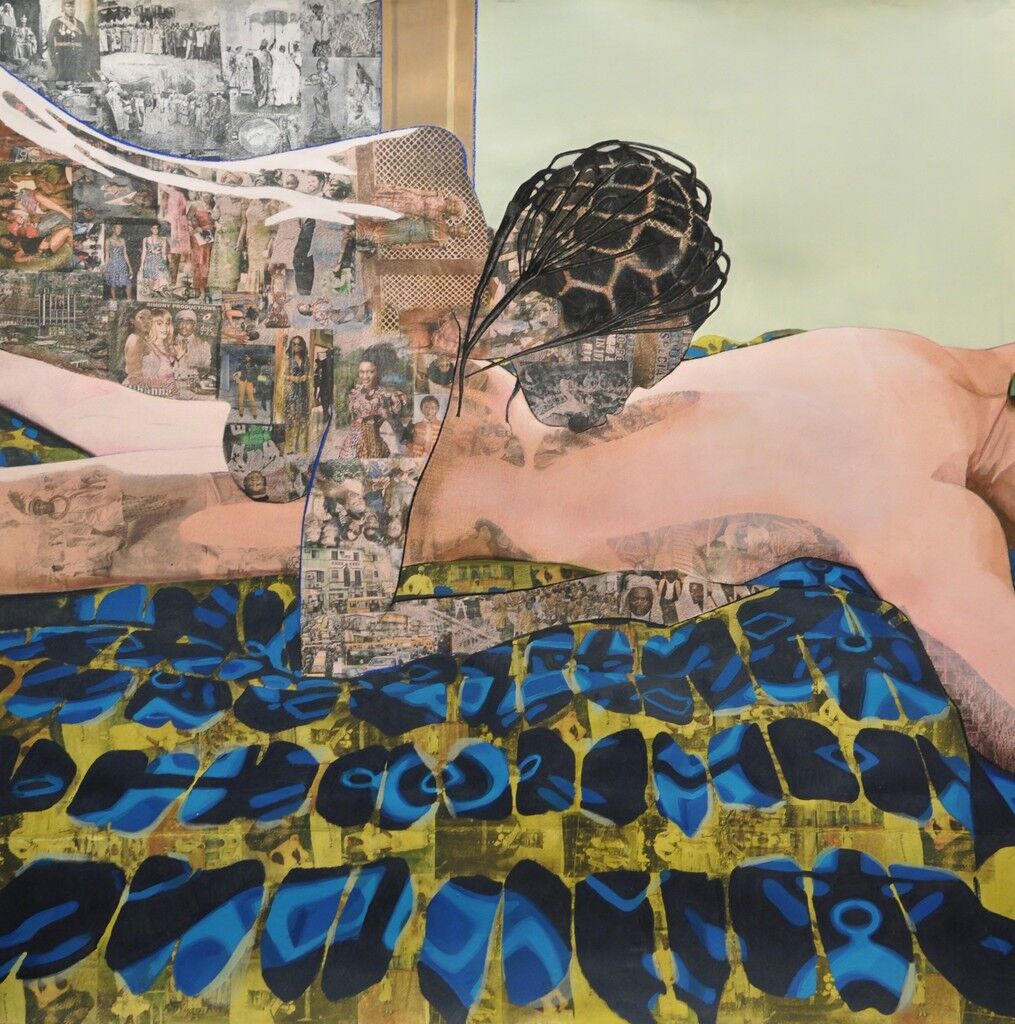 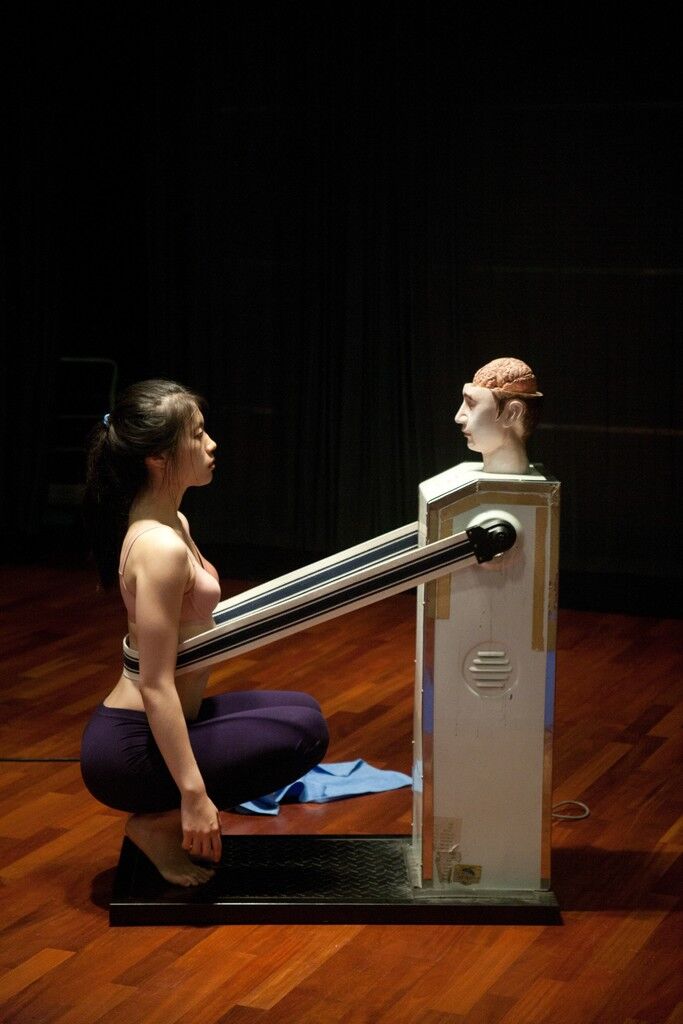 Geumhyung Jeong
Fitness Guide (still), 2011
"Triennial 2015: Surround Audience" at New Museum, New York (2015)
Advertisement
The show was curated by longtime collaborators Lauren Cornell, a New Museum curator who previously served as the executive director of the internet art institution Rhizome, and
Ryan Trecartin
, whose glitched-out video works and subversive engagement with mass media spectacle has put him at the forefront of the nebulous, polarizing genre of post-internet art. And it unsurprisingly favors young and international artists—almost all born in the ’80s and hailing from more than 25 countries.
The New Museum Triennial is unique for its focus on the future of artistic practices. Some new and old themes to look forward to: the fluidity of gender, colliding national identities, meditations on surveillance, shifting understandings of the self, and the language and tactics of corporate branding. Or, as Cornell remarked at the show’s opening, the need to go “beyond gadgetry to see how tech is changing our lives.” Like Karen Archey and Robin Peckham’s exhibition “Art Post-Internet” at the Ullens center last year, the 2015 triennial is a hallmark of a generation for whom the the internet landscape is as real as anything else. 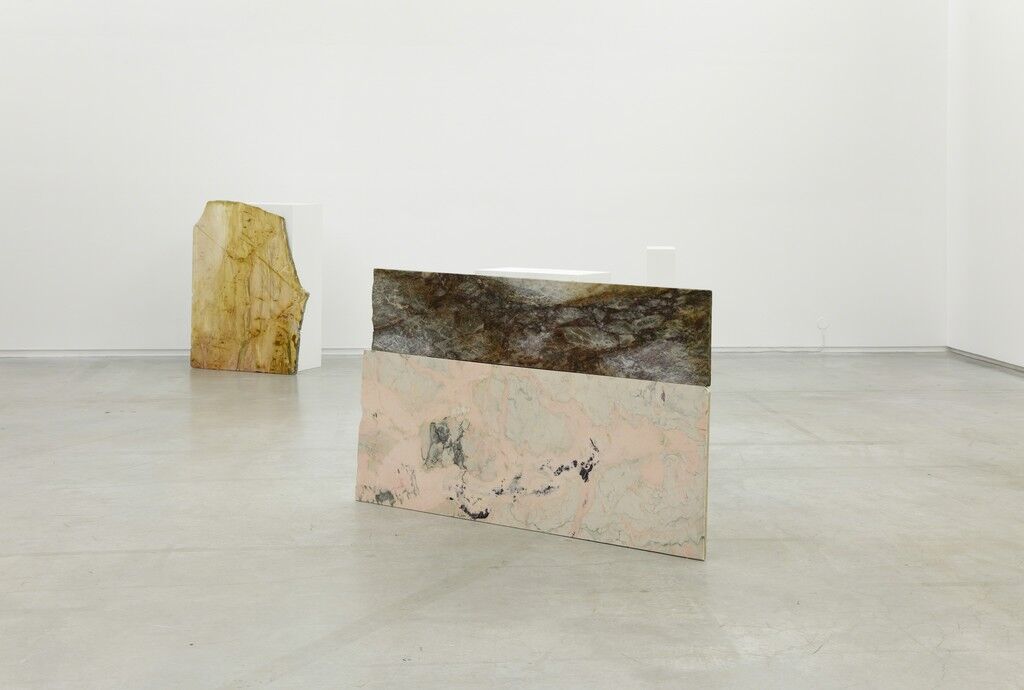 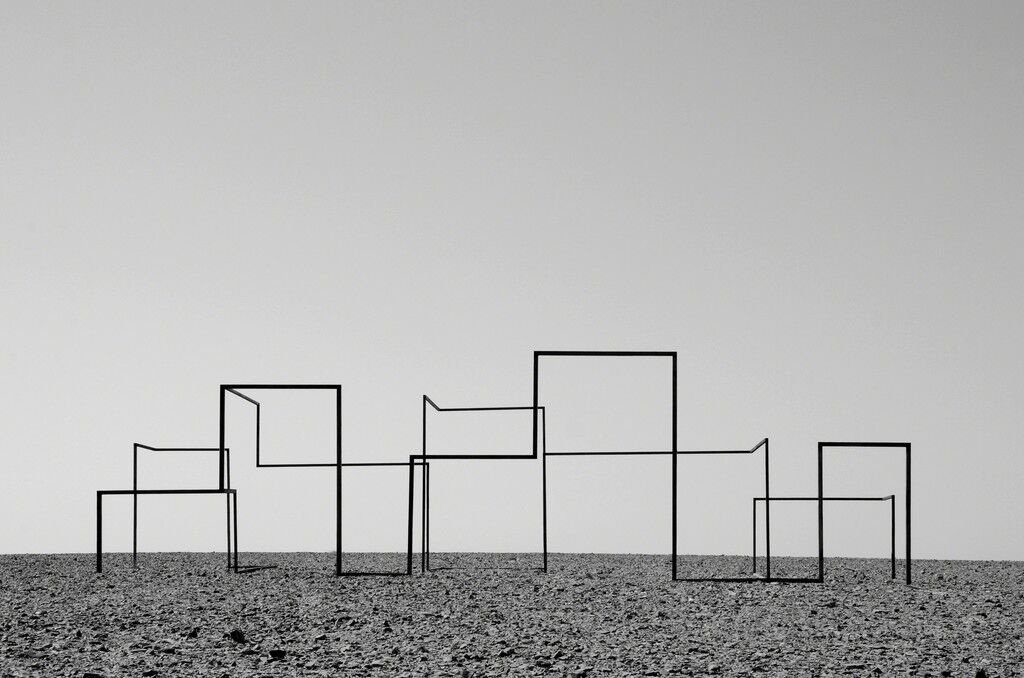 Kiluanji Kia Henda
Rusty Mirage (The City Skyline), 2013
"Triennial 2015: Surround Audience" at New Museum, New York (2015)
It’s telling, then, that the show is gadget-agnostic: this is no new media-only affair. Works cover a wide range of techniques, from
Eloise Hawser
’s found lithographic plates to a gorgeous responsive virtual reality environment created to run on the Oculus Rift by Rio-based artist
Daniel Steegmann Mangrané
and London’s ScanLAB.
Josh Kline
’s site-specific installation, Freedom (2015), is a standout among the show’s offer. Kline describes the work as addressing the “political consequences” of living in a world in which identity is increasingly digitized and individual privacy devalued. Walking into the installation is akin to waking up in a techno-dystopia as imagined by Reddit. Teletubbies are clothed in army uniforms with television feeds embedded in their stomachs. A wall-size projection displays what, at first, appears to be a recording of Obama giving a speech. But the videos do not display actual newscasts. Rather, they show interviews and speeches that have been edited using face-altering software. A reimagining of Obama’s 2009 inaugural address brings the president closer to the promises of his original campaign. In another video in which his face glitches and slides, he addresses the Snowden leaks and the NSA, the issues posed by big data, and the corporatization of public space. Against the backdrop of the installation itself—a nod to the sterility of Zuccotti Park, sans encampment—the alternate version of recent American history is extraordinarily compelling. 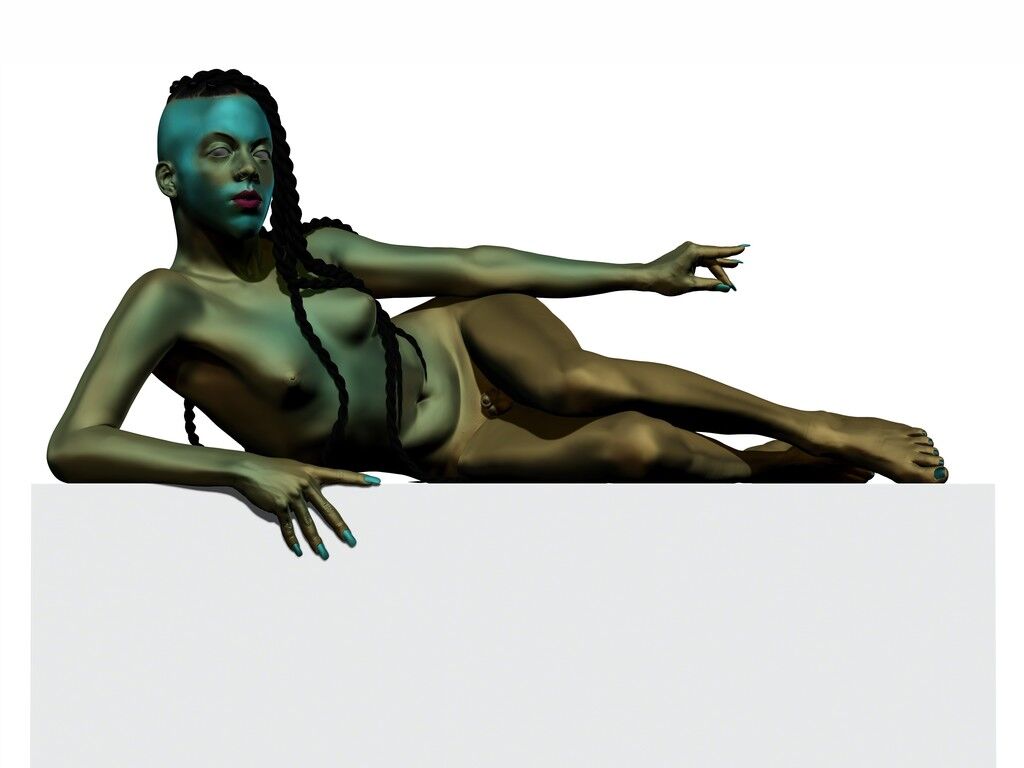 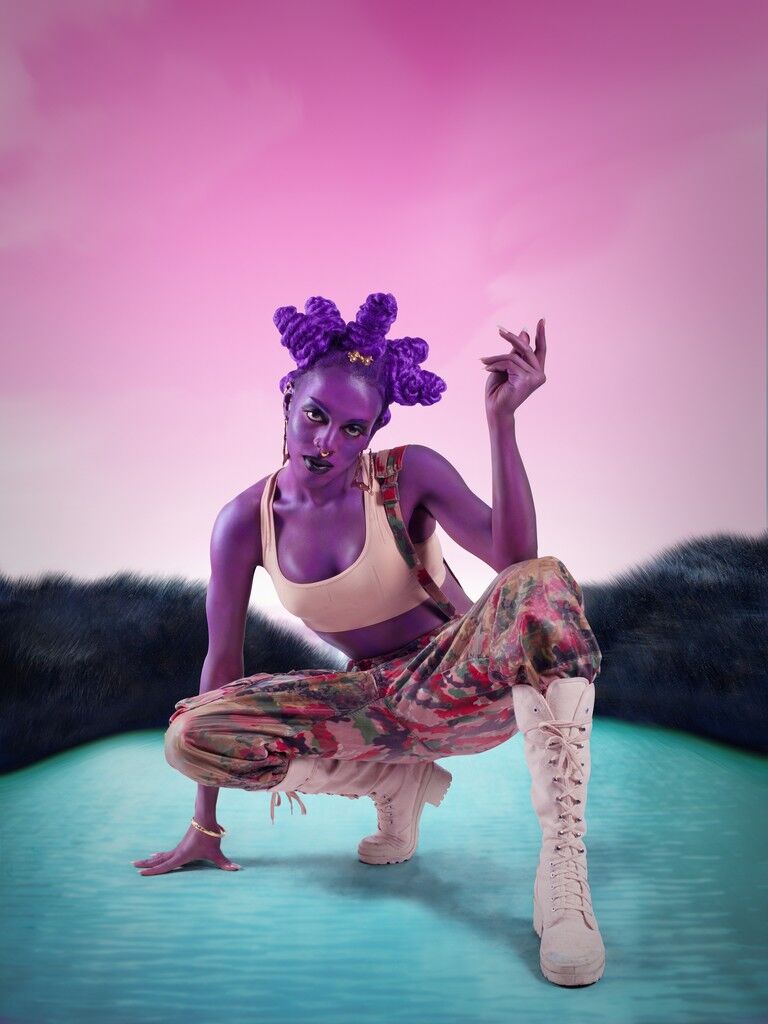 Juliana Huxtable
Untitled (Psychosocial Stuntin'), 2015
"Triennial 2015: Surround Audience" at New Museum, New York (2015)
As befits an exhibition centered around identity and audience, another one of the show’s emergent stars both contributed work and is the subject of a piece by another artist.
Juliana Huxtable
, a transgender, New York-based DJ, visual artist, and performer, explores her wildly imaginative multitude of selves in a series of poems and portraits of figures from black mythology in UNIVERSAL CROP TOPS FOR ALL THE SELF CANONIZED SAINTS OF BECOMING (2015). She also appears, nearby, as one of
Frank Benson
’s life-size, perfectly rendered 3D-scanned sculptures, which reflects every cranny of Huxtable’s body, lying on one side in the Cleopatra pose she chose, the sculpture’s metal surface painted green as a nod to her glamorous vibe. 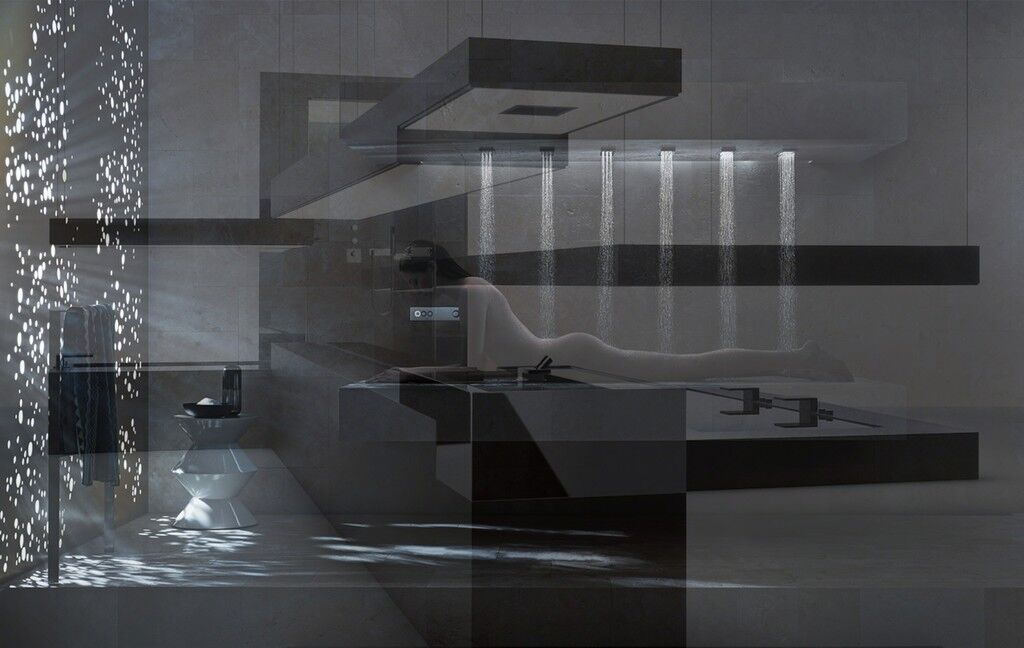 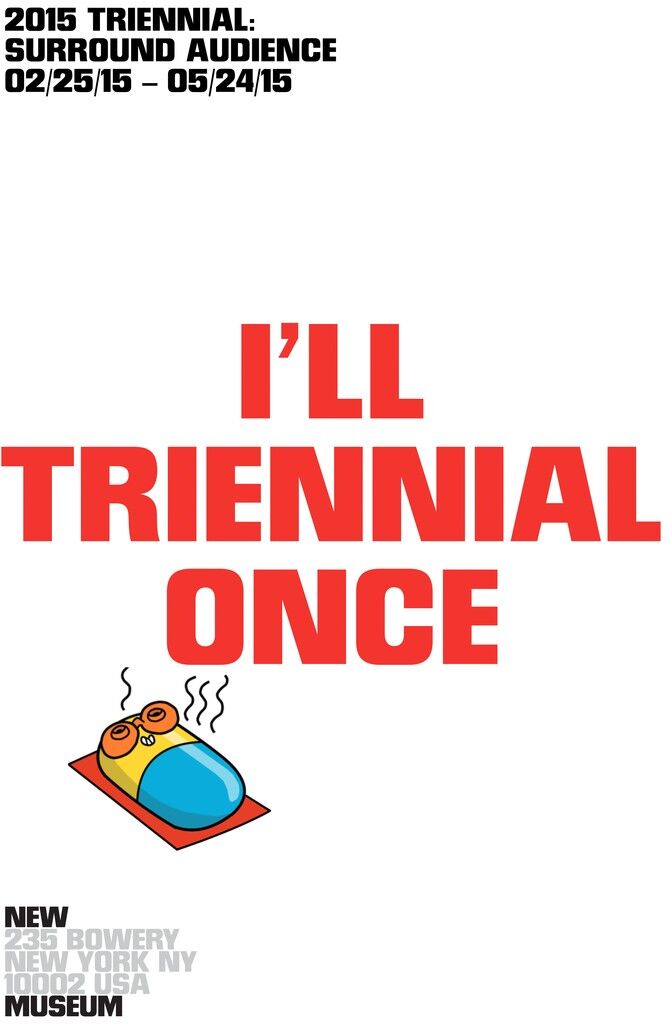 K-Hole
I’ll Triennial Once, 2015
"Triennial 2015: Surround Audience" at New Museum, New York (2015)
Perhaps one of the more unexpected tendencies in this internet-native generation of artists has been an increasingly porous relationship between corporate strategy, brand-building, and artistic intent. The infamous
K-Hole
, a consulting firm and art group responsible for the term “normcore,” created an advertising campaign for the triennial. The piece is intended to be shown on buses and subways, rather than in the New Museum itself. DIS, a collective whose web magazine collapses high and low fashion with treatments of tech-industry messaging, has long been known for using corporate strategies to critical effect. For the triennial, in collaboration with Mike Meiré from the high-end German design studio, Meiré und Meiré, the artists created a curious, lie-down shower called The Island (KEN) (2015). Part bathroom, part kitchen, the softly-lit block of marble and steel also serves as the stage for a performance in which a showroom model bathes horizontally on it, fully clothed.
“The idea,” Meiré told me, “was to combine two water zones that are usually strictly separated. It seems surreal, and yet it really exists.” Such a statement seems perfectly in line with many of the works on display. “Surround Audience” is art created for a world steeped in the anxieties of possibility, racing to catch up to a present that looks and feels like science fiction.
—Molly Osberg
“Surround Audience” is on view at The New Museum, New York, Feb. 25–May 24, 2015.
Follow The New Museum on Artsy.
Related Stories