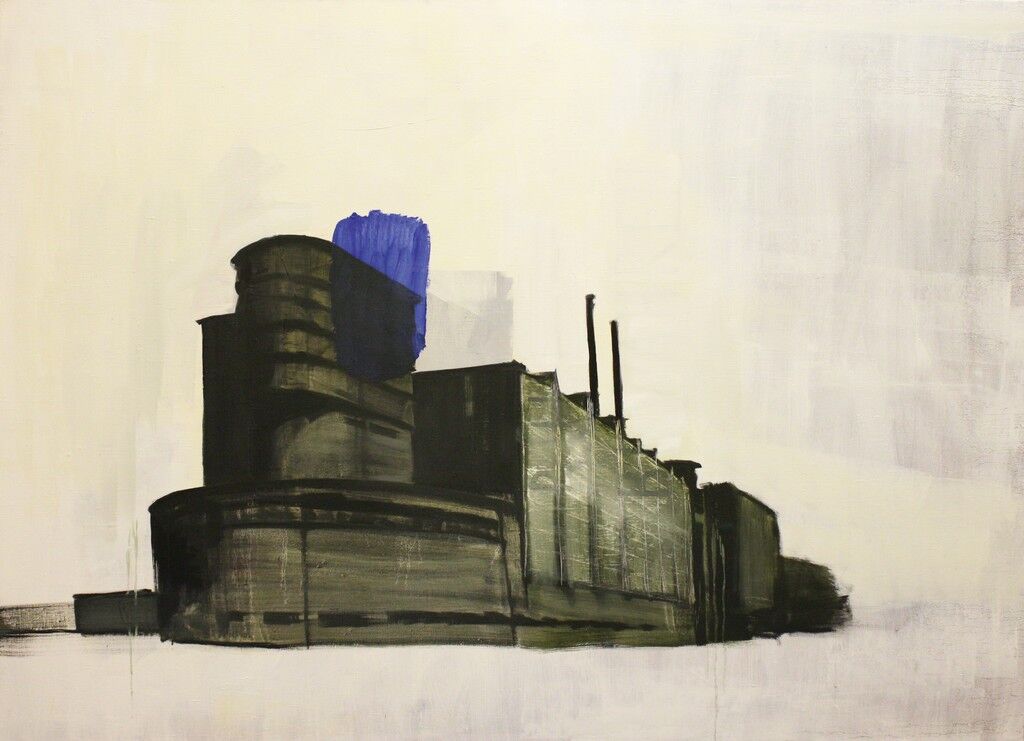 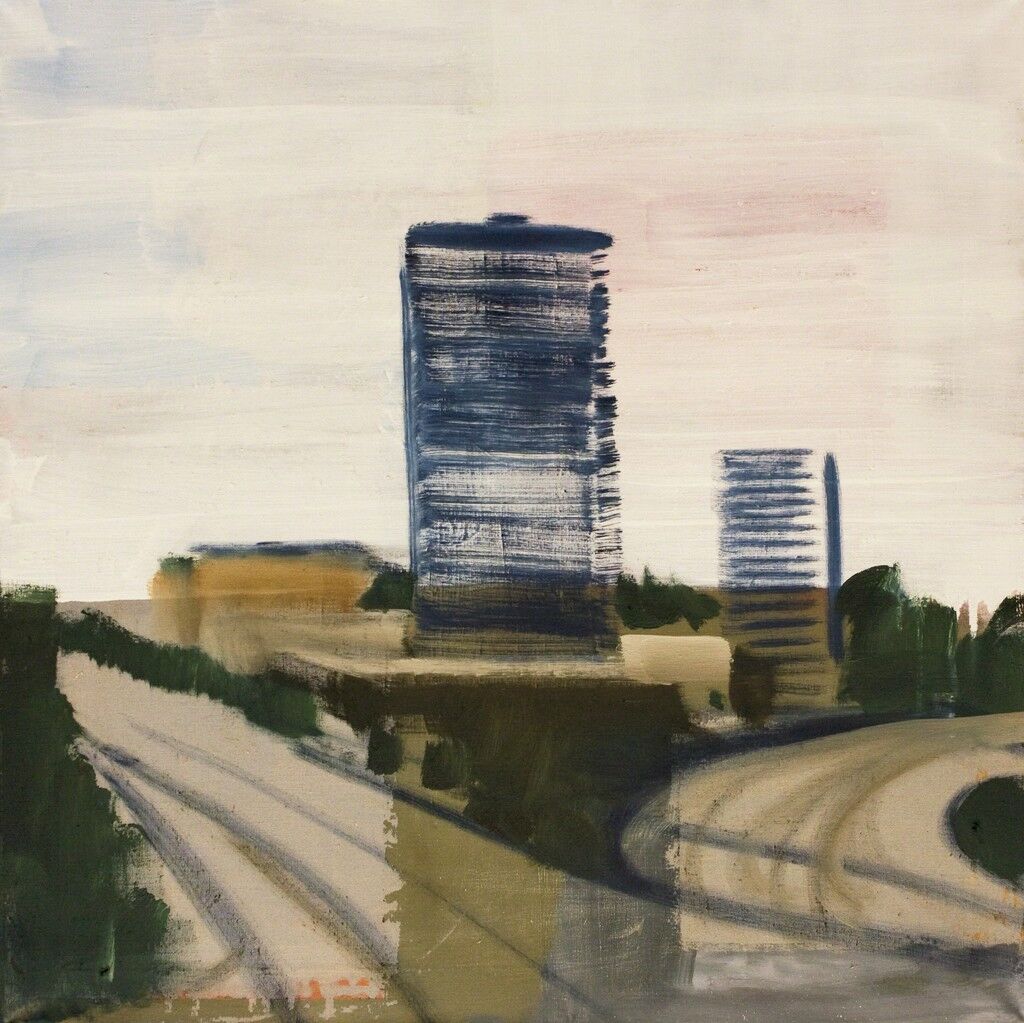 Irakli Bugiani
Series: Untitled (Sovieticum), 2013
Project ArtBeat
Bugiani was born in Georgia in 1980, when the country was still under the thumb of the Soviet regime. Since then, Georgia has become autonomous, suffered civil unrest, and established itself as a democratic state. It has not, however—like many European countries that endured Soviet and Socialist rule—rid itself of historical and political ghosts that are manifest tangibly in architecture.
In the somewhat satirically titled series “Sovieticum,” Bugiani draws on memories of Soviet and Post-Soviet landscapes to probe softly political ends. Most paintings look as if they are just shy of completion: compilations of quickly rendered shapes and lines that resolve as simplified, shaky buildings, roads, and trees. The slapdash quality of Bugiani’s mark-making is willful and alludes to the passage of time and the ephemeral nature of memory. Large areas of greys and browns root the compositions in a smoggy, grim palette and nod to heavy-handed histories. Unexpected accents of bold color (lines of yellow, purple facades), however, act as contemporary, optimistic marginalia. 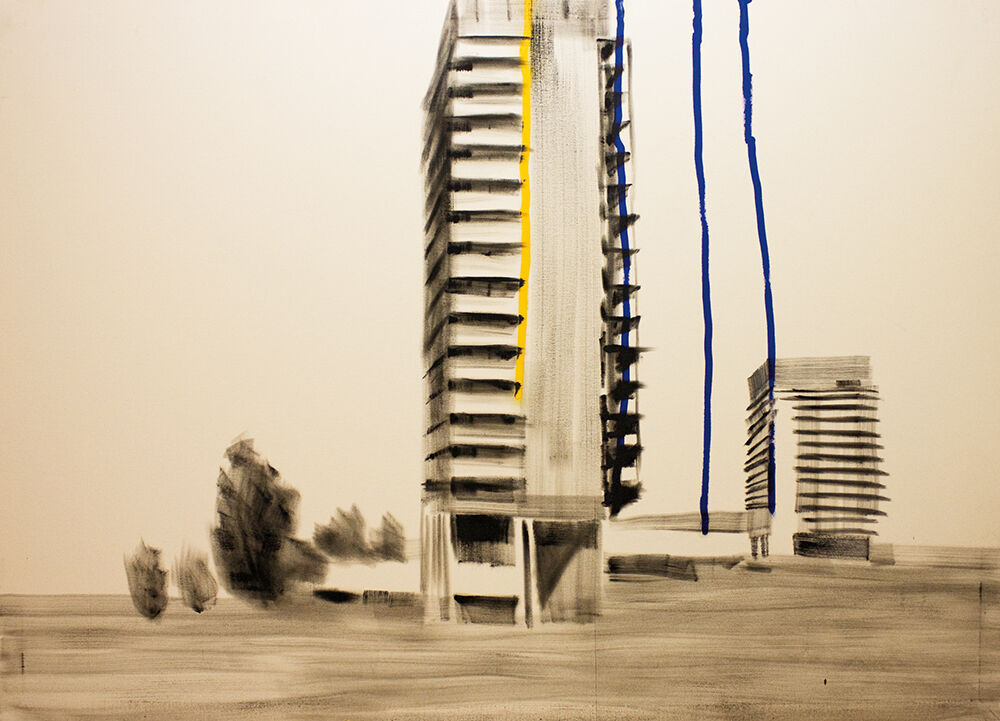 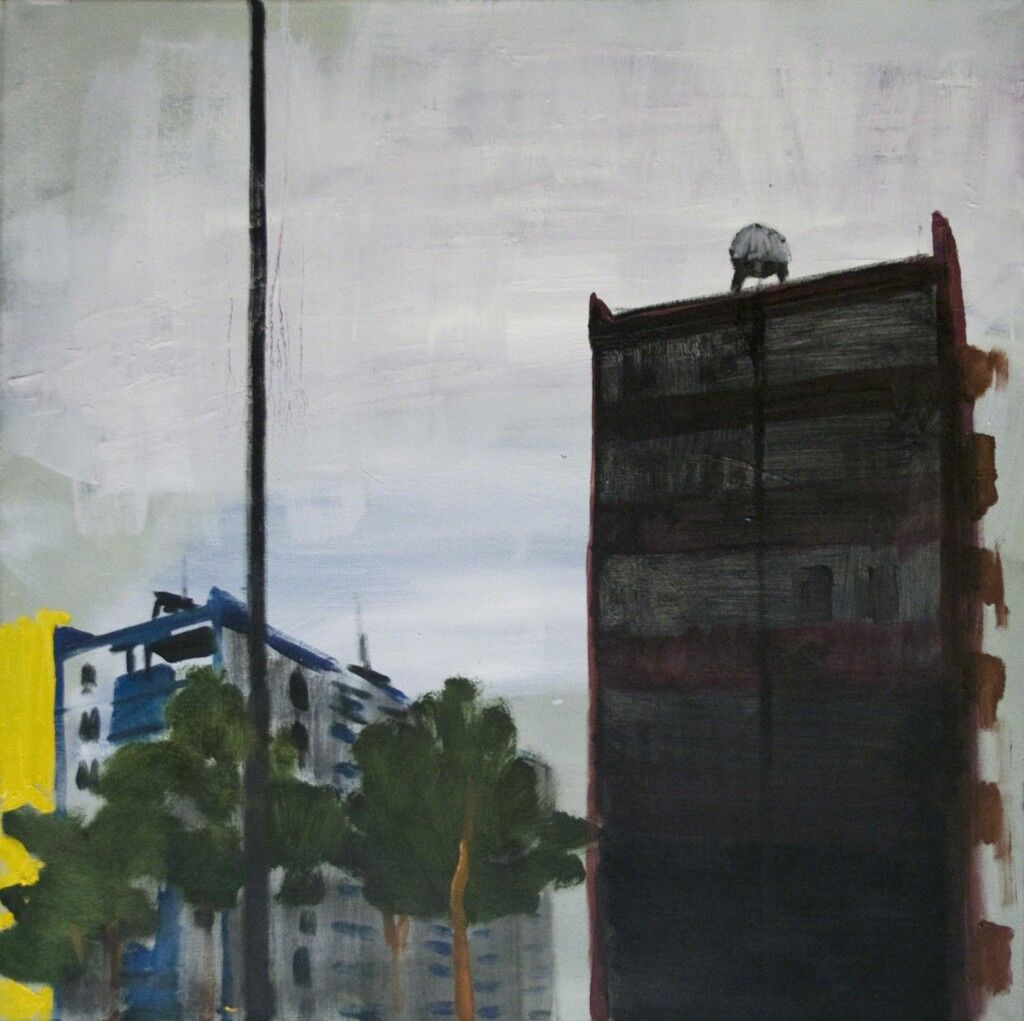 Irakli Bugiani
Series: Untitled (Sovieticum), 2014
Project ArtBeat
Compositionally sparse, the largest paintings depict tall, brutalist buildings set within bleak fields of whites, tans, and greys. Sepia tones and diffused edges radiate with the hazy quality of recollection. These are not merely portraits of the monoliths themselves—they contain the memories (dark and domineering ones) that affix to these places. Zip lines of bright yellow and a big patch of floating blue are assertive, slightly surreal additions that serve to modify, and perhaps undermine, their overbearing backdrops. 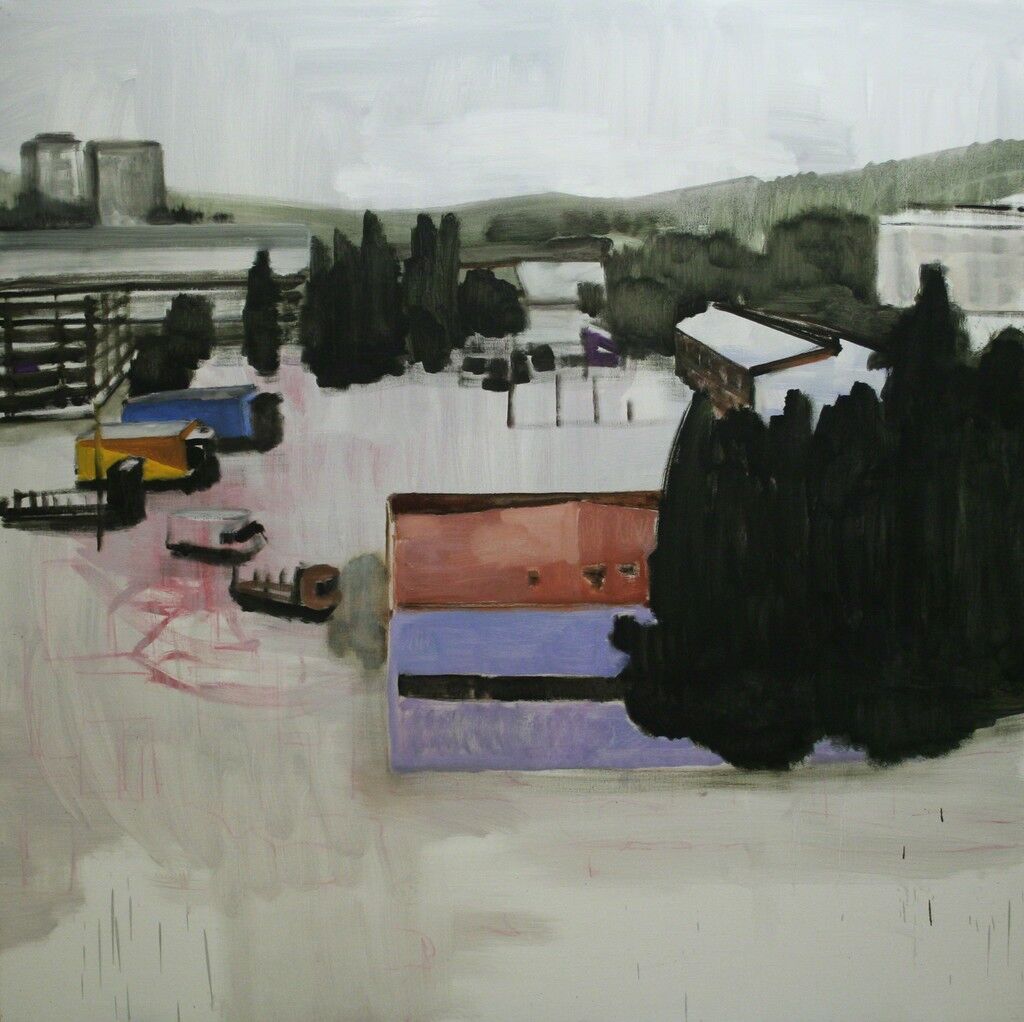 Irakli Bugiani
Series: Untitled (Sovieticum), 2014
Project ArtBeat
Advertisement
Smaller works are more detailed and situated within the context of the city. Tops of buildings bear down on palm trees or rise unexpectedly and emphatically from highway intersections. While, on one hand, these read as flashbacks from Bugiani’s own history, they could also describe a more universal experience—one of urban and political oppression, annotated (in a sun-yellow corner of a painting) with a desire for change.
Alexxa Gotthardt
Discover more artists at Project ArtBeat.
Related Stories