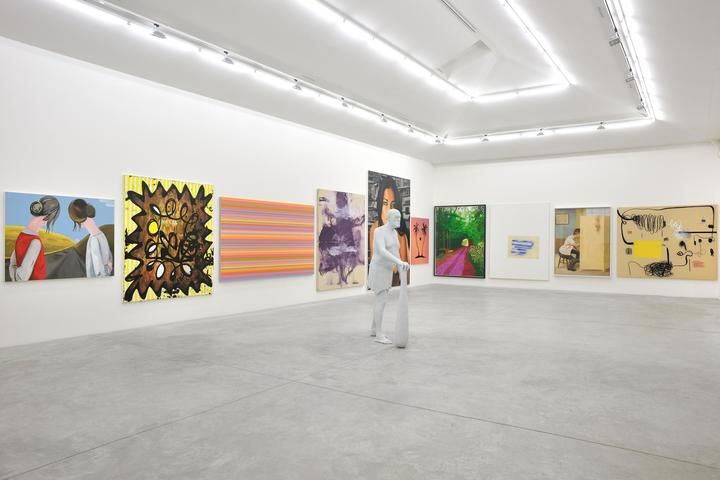 Including both professional and amateur, handcrafted and automated, representational and abstract, material and digital, “The Shell (Landscapes, Portraits & Shapes)” gathers the work of these artists to illustrate painting’s development and persistence. Curated by Éric Troncy, the show is a picture of the wider culture itself, hung in a crowded, salon-style presentation. As Troncy asserts, the show is a view of images as we so often experience them while surfing the internet: juxtaposed, collated, repeated, randomized. 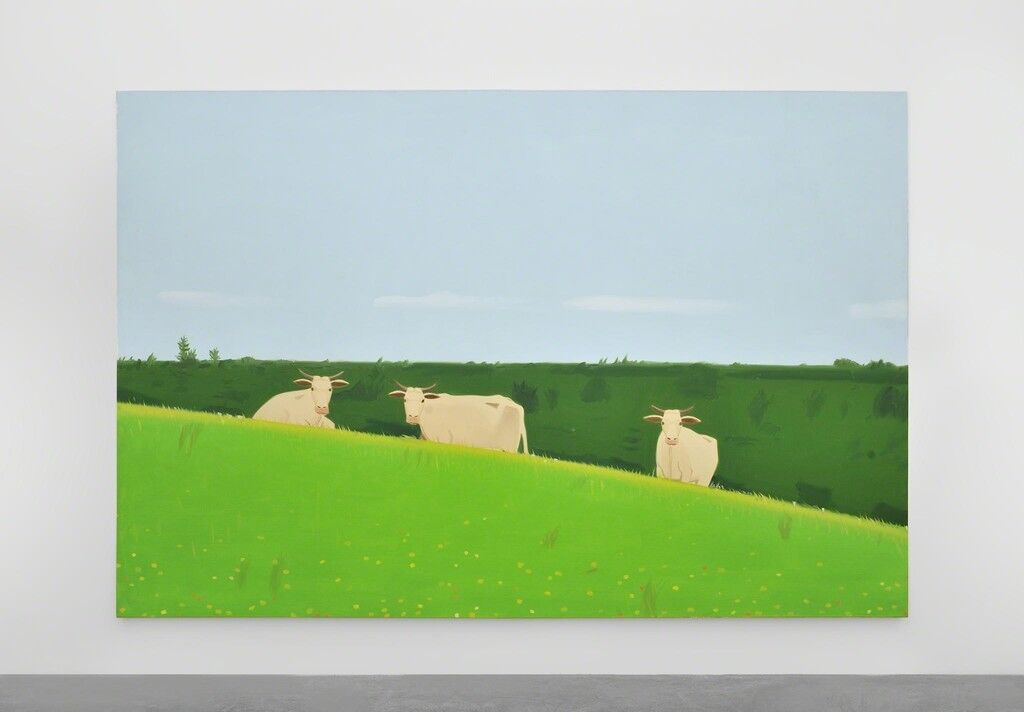 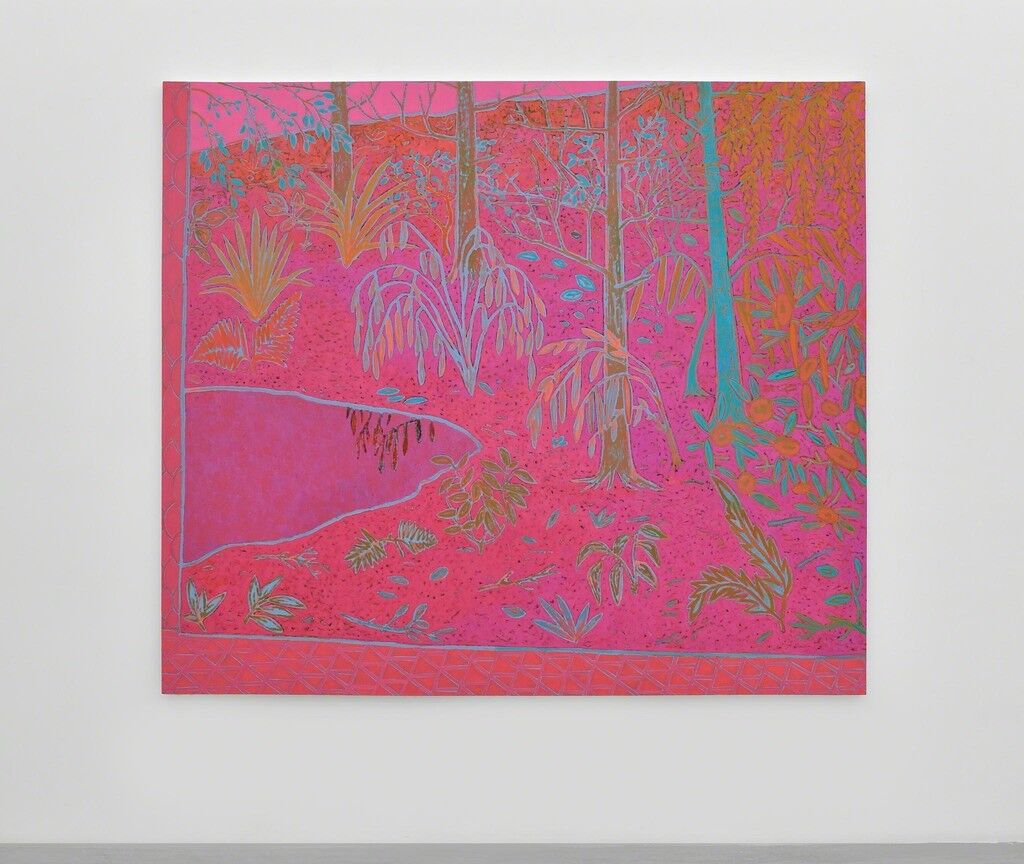 John McAllister
an intenser calm, 2014
Almine Rech
The show is divided according to three subjects as indicated in the title, even if the various strands are undifferentiated within the space of the gallery and many of the works span such distinctions. Nonetheless, some works fall precisely into one wing or another. In one section, landscapes are beautifully represented by works such as
John McAllister
’s an intenser calm (2014), which shows a small lake in the woods. The pink canvas is suffused with artificial but visually harmonious color, with blue tree trunks and orange ferns framed along the bottom and left-hand side by repeating patterns.
Alex Katz
’s pastoral Three Cows (1981) displays his famously spare but exacting style, evocative of mood as much as place. 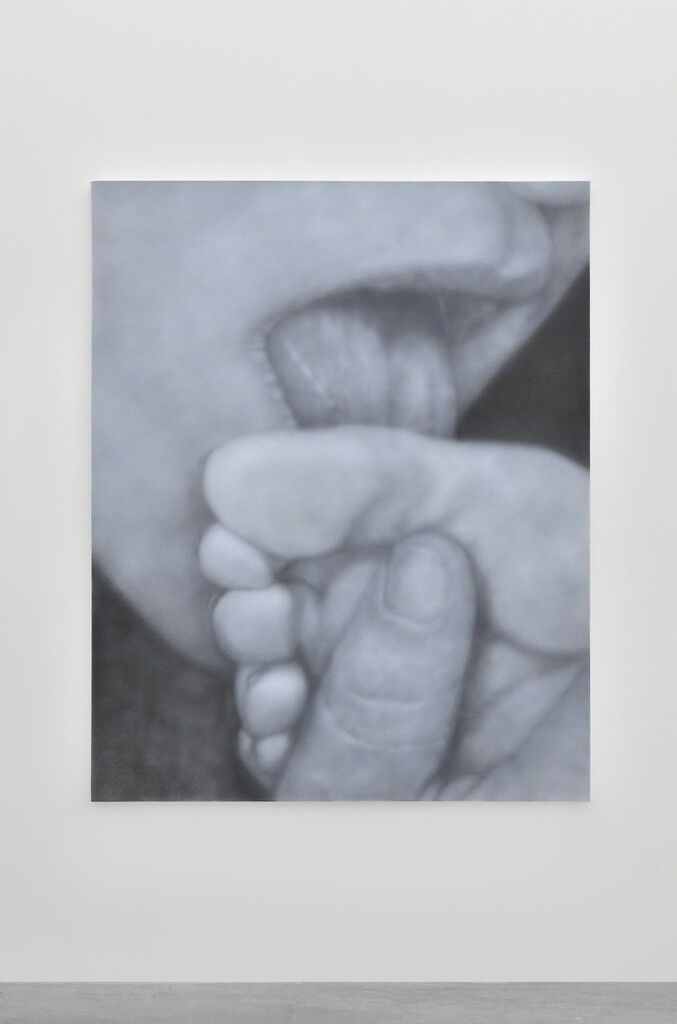 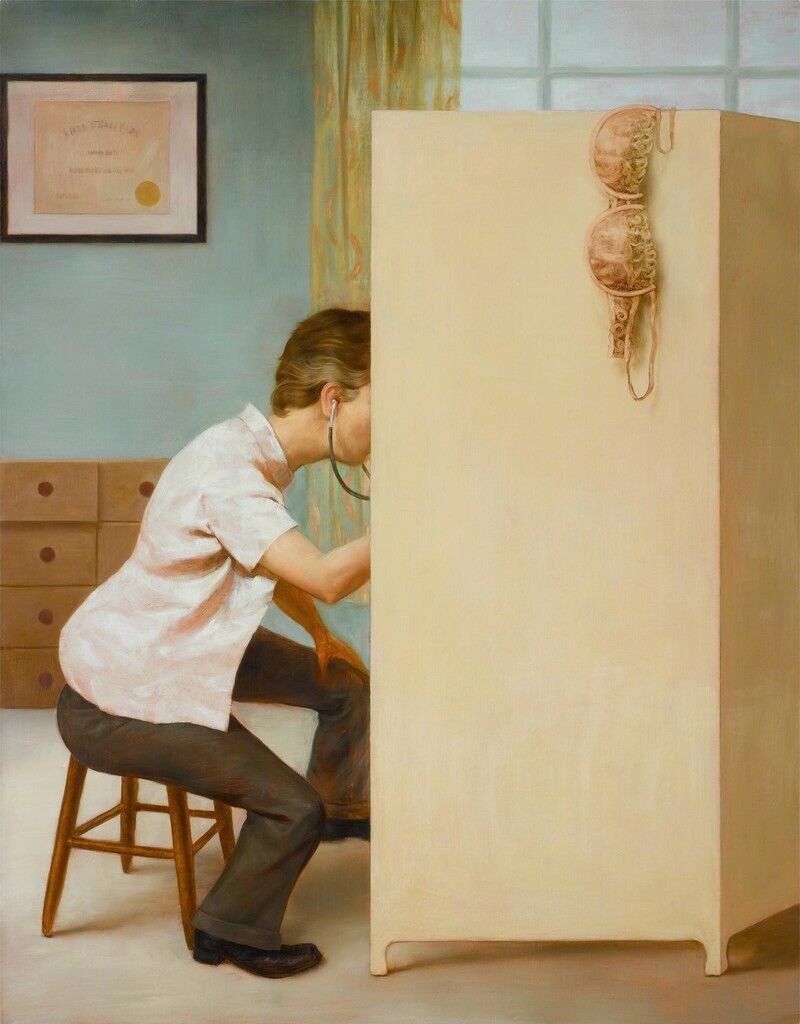 John Currin
The Dream of the Doctor, 1997
Almine Rech
Advertisement
Among the portraits, the work of
Betty Tompkins
is especially charged. Tompkins has been painting her series of so-called “Fuck Paintings” since the late 1960s, but, as she has described, “My career…began in 2002.” Her photorealistic, often-large-scale images, such as Sex Painting #4 (2013), are sourced from black-and-white photographs of sexual encounters or genitaliae. More tame, but no less erotic, is
John Currin
’s The Dream of the Doctor (1997), a genre scene showing a doctor examining a woman whose breasts are bared. We know this only by a bra slung over the top of a dividing screen, in the form of a large, tan rectangle, which anonymizes both patient and physician—a semi-abstract redaction. 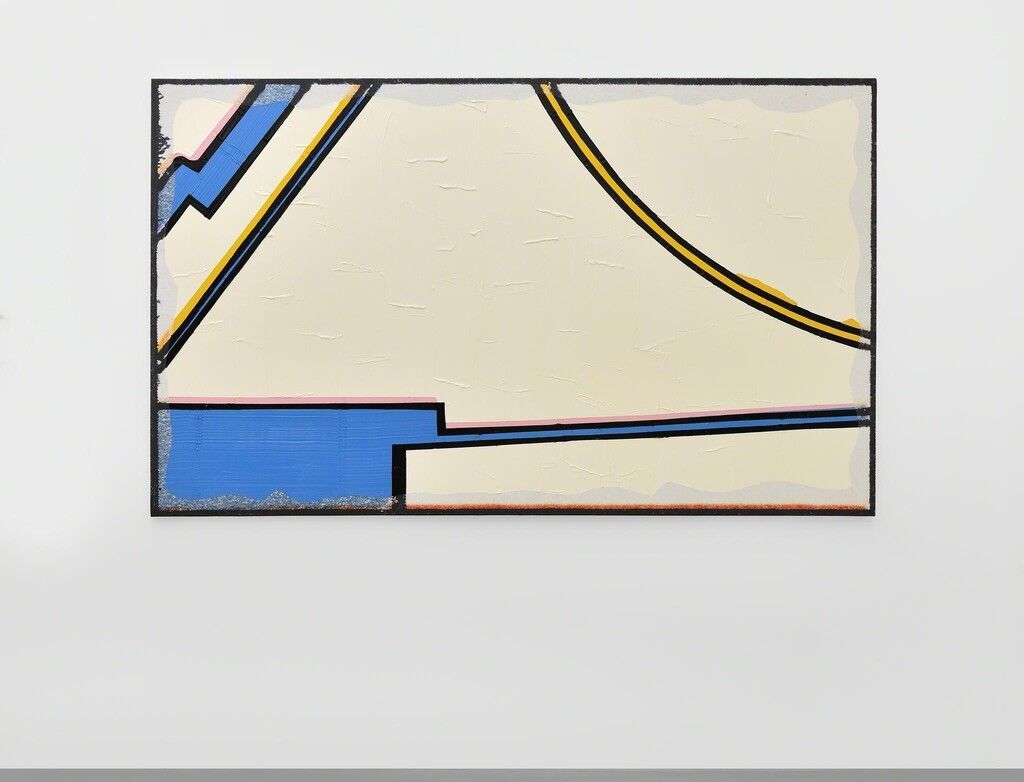 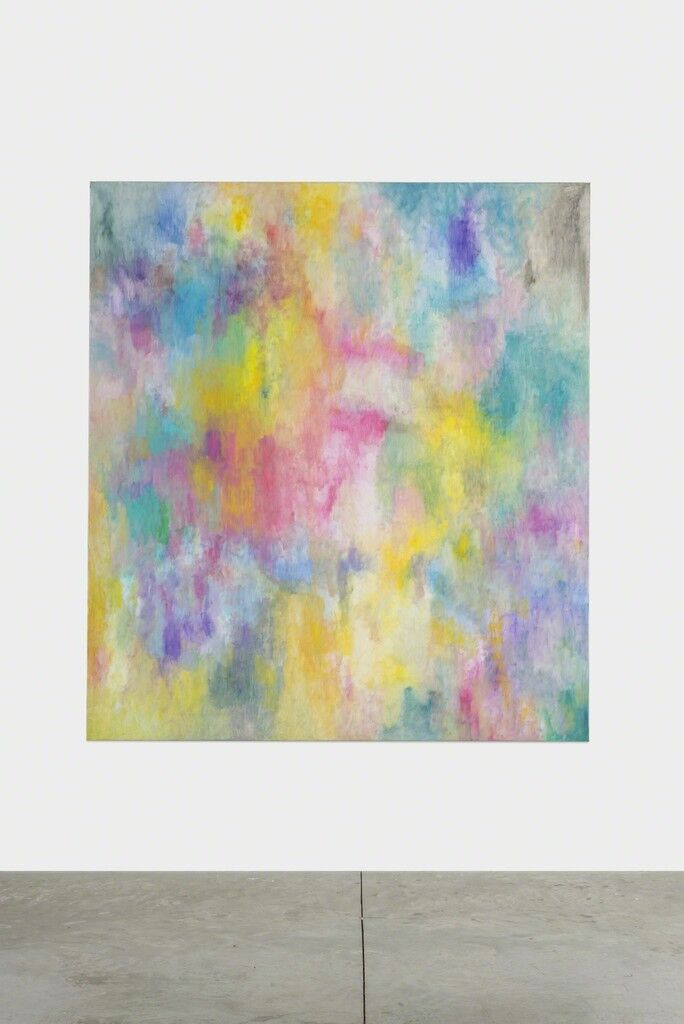 Jean-Baptiste Bernadet
Untitled (Vetiver IV), 2014
Almine Rech
Painters such as
Bertrand Lavier
and
Jean-Baptiste Bernadet
(among others) occupy the “shape” category, the abstractionists. Lavier’s Walt Disney Productions 1947–2014 #21 (2014) mirrors some of the concerns of the landscape painters, using form and color to create space and place. Bernadet’s 2014 expressionistic Untitled (Vetiver IV) is named after a perfume ingredient, and his mark-making is so diffuse as to appear effervescent and olfactory. The disparate approaches here give a sense of painting’s history and hint at its multifarious future.
—Stephen Dillon
“The Shell (Landscapes, Portraits & Shapes), a show by Éric Troncy” is on view at Almine Rech, Paris, Jan. 10–Feb. 14, 2015.
Follow Almine Rech on Artsy.
Related Stories