The Four Types of Art Collectors

Evan Beard
Jan 22, 2018 5:50pm
The most enjoyable part of leading the art division of a private bank is working with the great characters of the art market. In my experience, serious collectors tend to fall into one of four groups, each with their own behaviors, insecurities, strengths, and motivations for seeking, acquiring, and appreciating art. You may recognize them wandering the fairs or waving their paddles at auctions; others tend to collect more discreetly, known mostly by the dealers who feed their obsessions. Below are the types I’ve known. 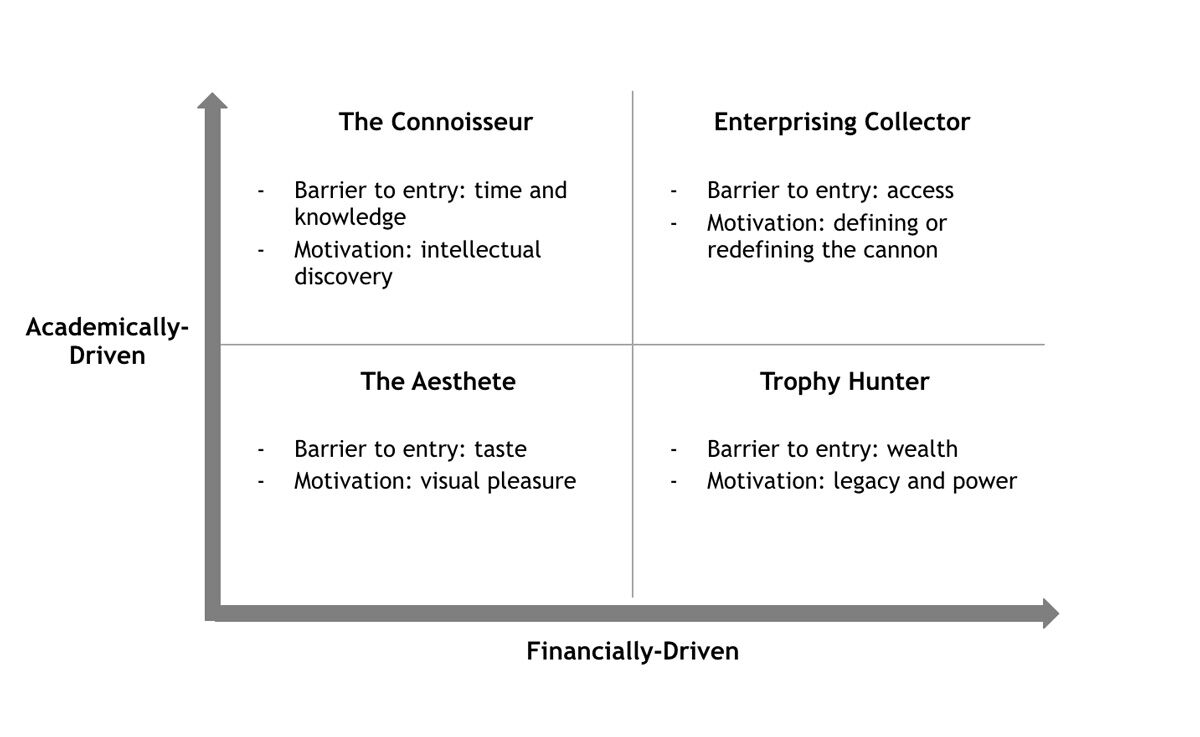 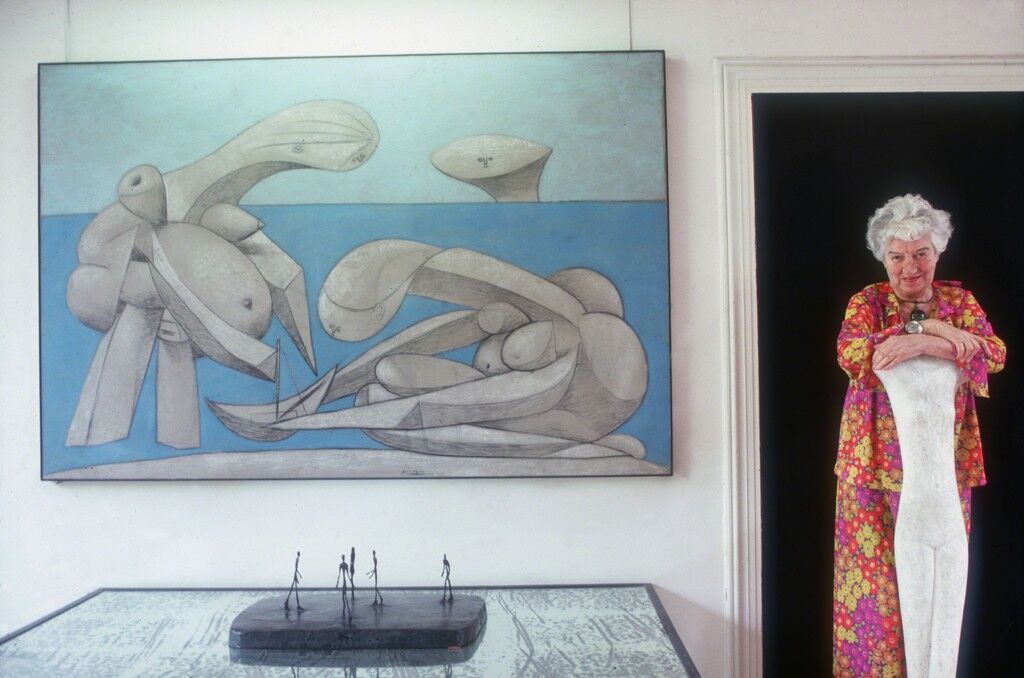 Slim Aarons
Peggy Guggenheim at the Palazzo Venier Dei Leoni, Venice, Italy, 1978
Staley-Wise Gallery
Advertisement
This is the group most tethered to the dynamism, quarrels, gossip, lawsuits, information, misinformation, fads, and rumors of the contemporary art market. Unlike the connoisseur or trophy-hunter (discussed below), enterprise collectors are wide open to the new and experimental. With roots in the Medici tradition of ecclesiastical patronage, these collectors are engaged in a kind of moral combat to identify and elevate the art that will matter. They believe that art history is just too important to be left to art historians.
Typically first-generation entrepreneurs, often from market-driven professions like finance and real estate, they view art as an asset class, but rarely as a pure investment (although most maintain lines of credit against their collections). They covet secrecy; information is currency to this group. Priced out of trophy hunting and too financially driven for the connoisseurs, their goal is to destabilize the canon, challenge the ancient regime and define (and increasingly redefine) art history through collecting. While their ambition often exceeds their ability, a few—names such as Robert Scull, Charles Saatchi, and Guy Ullens—cut through the hype and help canonize the art of their time.
But despite an openness to new ideas, this is not an open society. Beneath the charm and flattery exists an intense competition for access: to top pictures, the right dinners, the most exclusive parties, the most prestigious museum boards. For this group, owning the right painting delivers a jolt of status more effectively than the efforts of the best PR firm.
Try buying a
Kerry James Marshall
painting in a gallery, where the large-scale works can start at $1 million. Money is not enough. In selling a sought-after work, a dealer chooses judiciously in whom to invest her or his prestige. Placement with the right collector can bestow legitimacy on a young artist these days quicker than the blessing of any curator or critic. Enterprising collectors must prove to top dealers they’ll be good custodians of works. To do this, paradoxically, it often takes a non-commercial gesture to prove one’s gravity.
Bob Rennie, whose collection has grown into a private museum in Vancouver, British Columbia, described to me how his access expanded significantly after such an acquisition. In 2001, he purchased
Mike Kelley
’s John Glenn Memorial Detroit River Reclamation Project (2001), a massive conceptual installation that no one would mistake for an investment piece. “Soon after,” he told me, “new avenues of discussion opened that I hadn’t realized I was excluded from.” Rennie’s un-economic purchase signaled to dealers his intent to add context to an artist’s work, not just make money off it. The Kelley purchase opened doors to works by
Rebecca Warren
and
Kara Walker
, two artists whose work he’d previously attempted, unsuccessfully, to acquire; it acted as an ice-breaker. “I just didn’t realize the type of ice it was breaking,” he said. 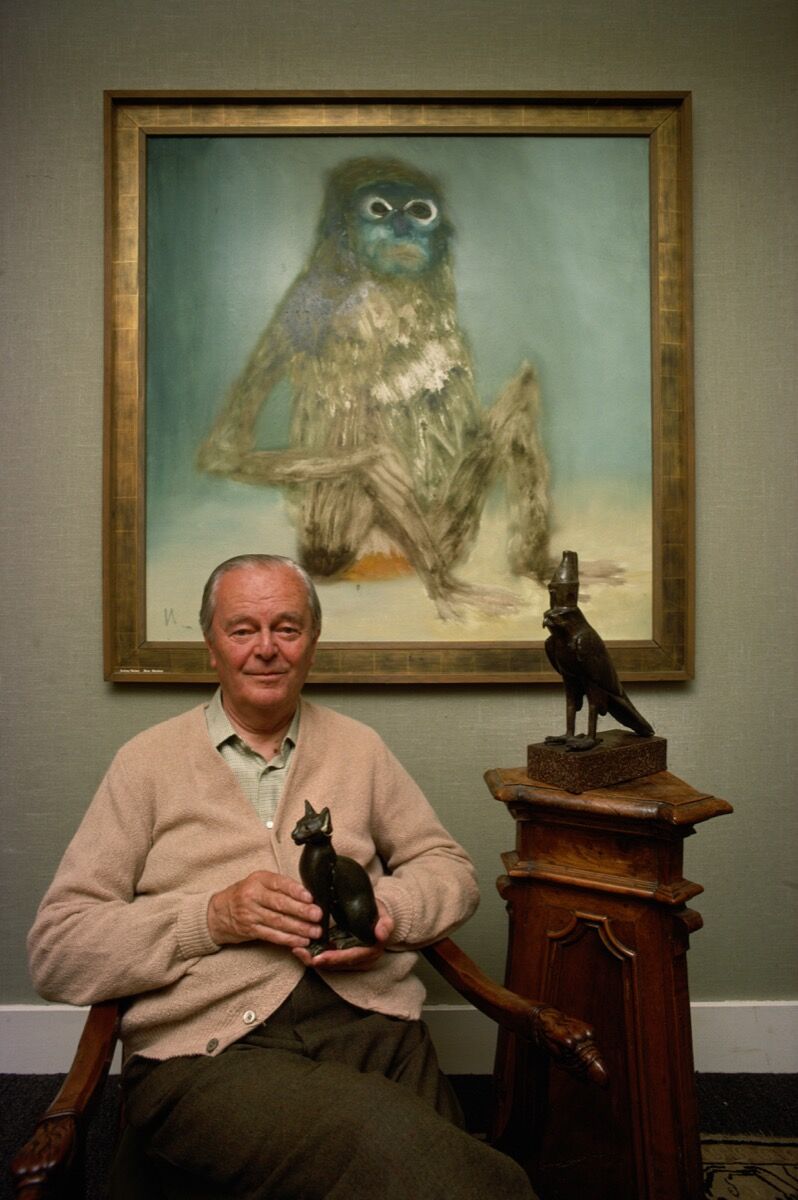 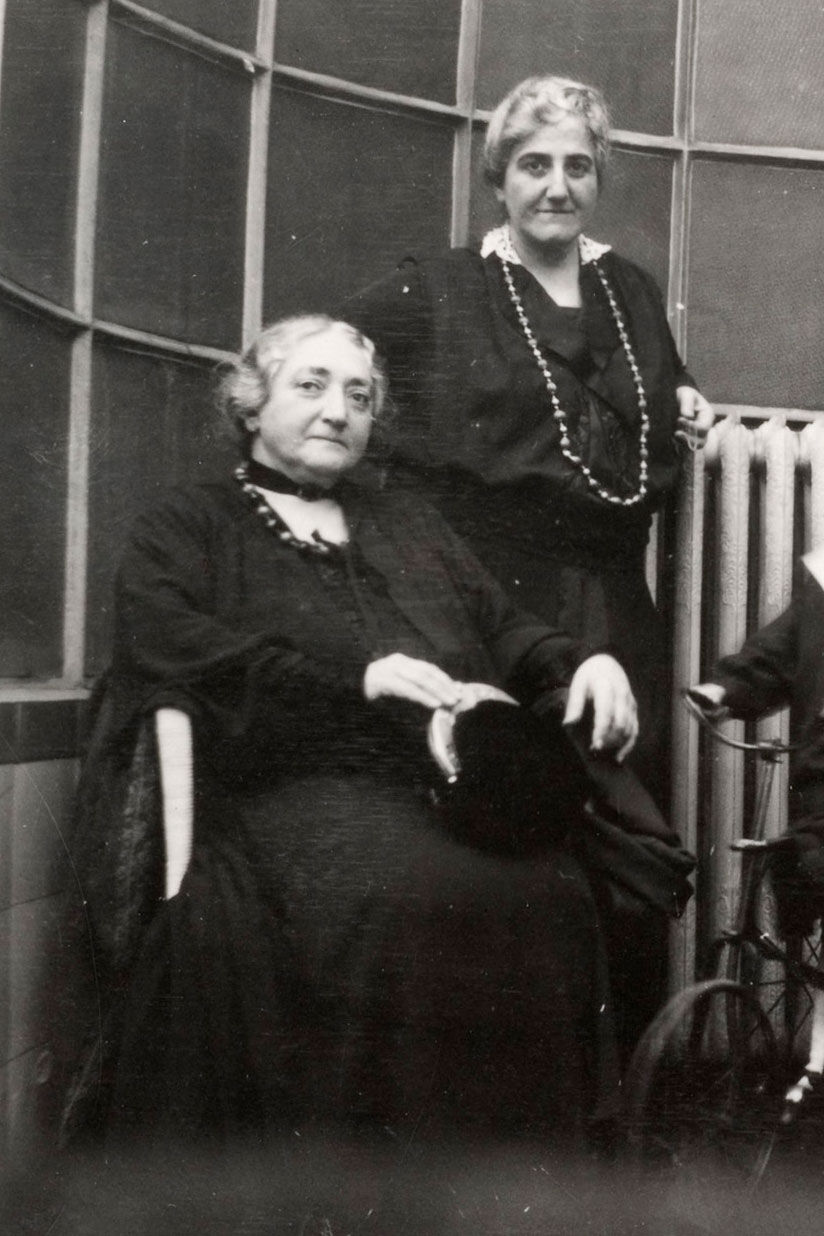 Connoisseurs are the intellectuals of the art market, animated by the history, subtlety, and attribution of objects. They buy methodically and rarely as an investment. At their best, they slow the world down and force us to stop and contemplate.
Despite the trappings and absurdities of their stuffy culture, I’ve found the type to be fiercely independent, so unaffected by accepted taste that you could almost call them the new avant-garde. They are, however, deeply invested in the opinions of a select few, not out of some noblesse oblige but because for this group, expert opinion often matters more than fact.
They socialize selectively, often excluding the layperson who is always bound to miss the subtle essentials. I recently sat between two voluble antiquities collectors at a dinner. At one point I had to curl my toes to prevent fainting from the sheer tedium of it, but was struck by the level of pleasure each derived from the conversation.
Connoisseurship is at times lucrative.
Old Masters
dealer-collector Robert Simon has spent decades looking at art, especially works by
Leonardo da Vinci
, to whose birthplace (Vinci, Italy) he traveled when he was 14. In 2005, Simon and fellow art dealer Alexander Parish bought a murky, painted-over image of Christ on a panel from an estate sale in Louisiana. “I responded to the aura of the painting,” Simon told me. After six years of analysis and restoration, he, Parish, and a group of other dealers sold the picture in 2013 as Leonardo’s lost Salvator Mundi for a reported $80 million.
Connoisseurship usually begins with a spark, but is developed over time, through relentless effort and devotion. Through his research, Simon said he learned that Kenneth Clark, author of the 1939 monograph on Leonardo, had attended a 1958 Sotheby’s auction in London where he passed on Salvator Mundi, which sold that day for $60. In November of last year, the work sold at Christie’s for $450 million.
Decades of looking enabled Simon to acquire, encode, and store enough visual data for him to see something when he encountered the Leonardo himself. “I certainly didn’t think it was a da Vinci, but there was something familiar,” he said. After seeing the image for the first time, “I began to bracket in my mind what it could be. 1500s? European? Italian? Florence? Studio?”
It was a discovery a lifetime in the making. 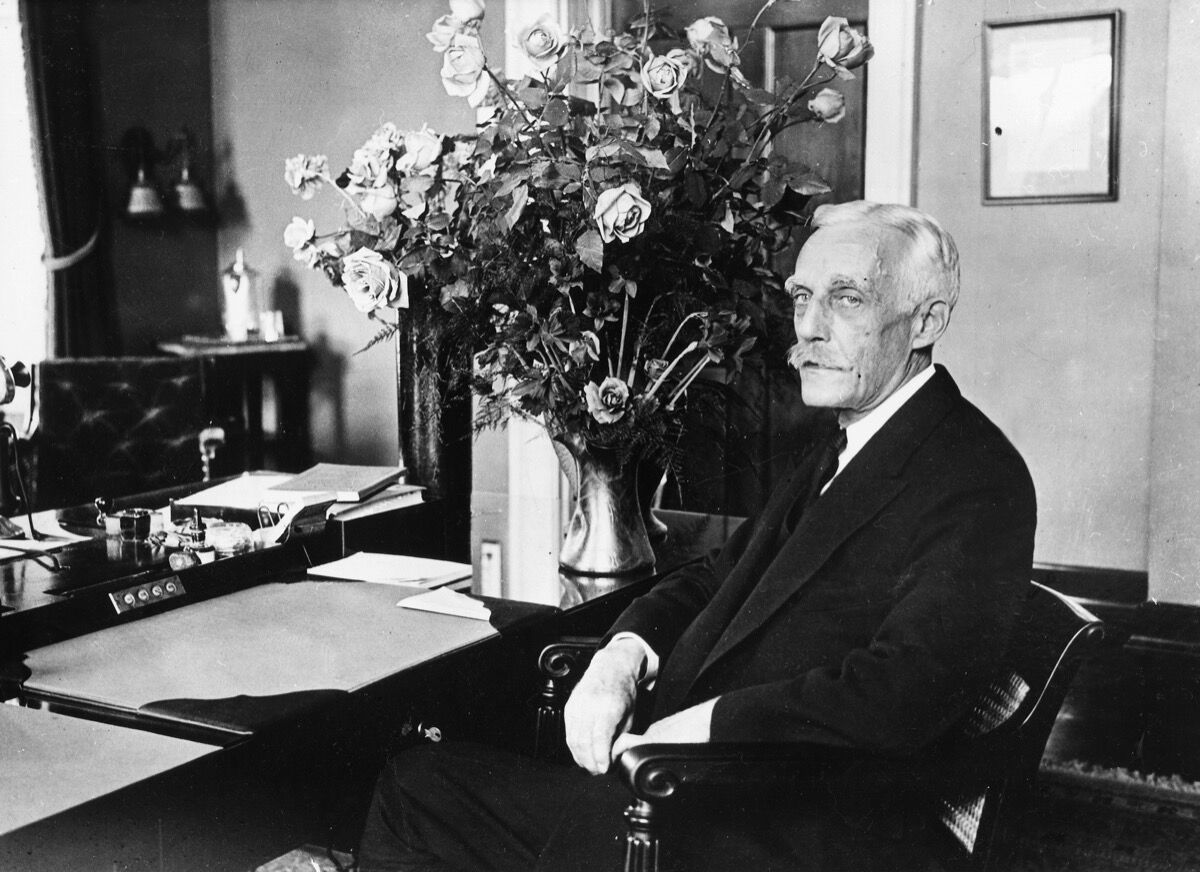 Portrait of Andrew Mellon in his office, ca. 1928. Photo by ullstein bild/ullstein bild via Getty Images.

Art dealer William Acquavella is known to tell clients, “You can remake your money, but you can’t remake the painting.” For this group, making money is easy. It’s what you spend it on that counts. Trophy hunter wealth is often more abstract than the paint on the canvas. They’re rich enough to ignore the social infrastructure of the art world, but self-conscious enough not to. Could a painting really elevate the buyer to the status of a Rockefeller or Rothschild? Probably not. But no one has told them that.
I recently toured one of the great private art collections with its owner and was struck by how he described each painting. Forget composition or color. Each picture was an anthropology lesson in the hunt. After I pointed this out, he said, “Art delivers two types of pleasures: the joy of looking and the adrenaline of procuring. I’ll let posterity enjoy the former as long as I can enjoy the latter.” For him, acquisition is an end in itself.
Many have psychoanalyzed this type of behavior. Sigmund Freud believed that such collecting compensated for prior disappointment, such as having a cold and distant mother. Thorstein Veblen thought it was snobbery in the form of conspicuous consumption. For Pierre Bourdieu, it was power in the form of symbolic capital. Whatever their anxieties or obsessions, they acquire voraciously.
They also tend to be our biggest borrowers. There’s an old line in private banking that if you don’t need the money, then you’re a perfect candidate for a loan. This group leverages their art to do big things (like take over a large company) during their lifetimes, and uses their art to create a legacy after death.
I’ve found them to be the least frivolous with their abundant resources. Indeed, many negotiate as a matter of sport, often through intermediaries, mostly for secondary-market works. One collector I met with around Christmas was still grinning from a transaction he had pulled off at the fall auctions. He leveraged his collection to free up enough capital to guarantee a painting at auction. He simultaneously consigned a work from his own collection, negotiating his own house guarantee. In one night, he flipped the works, hedged his risk, and used a like-kind exchange to avoid paying capital gains taxes, all on the eve of Congress’s subsequent elimination of this tax loophole. He never did mention who the artists were, but the deal was certainly a work of art. 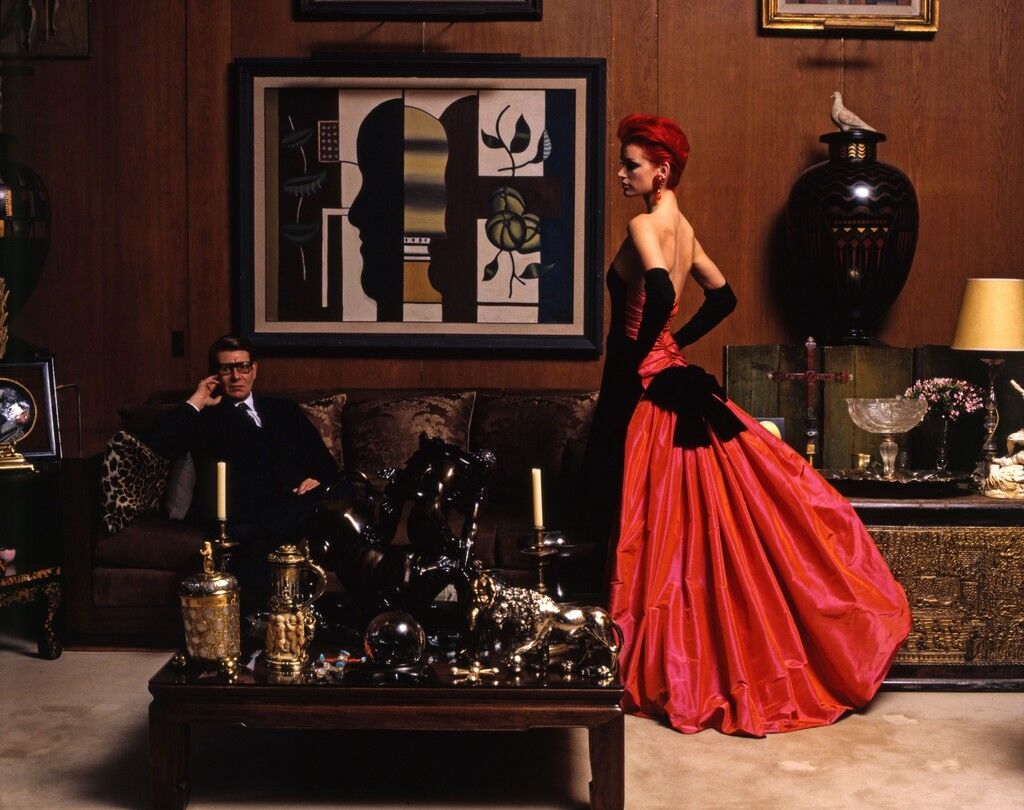 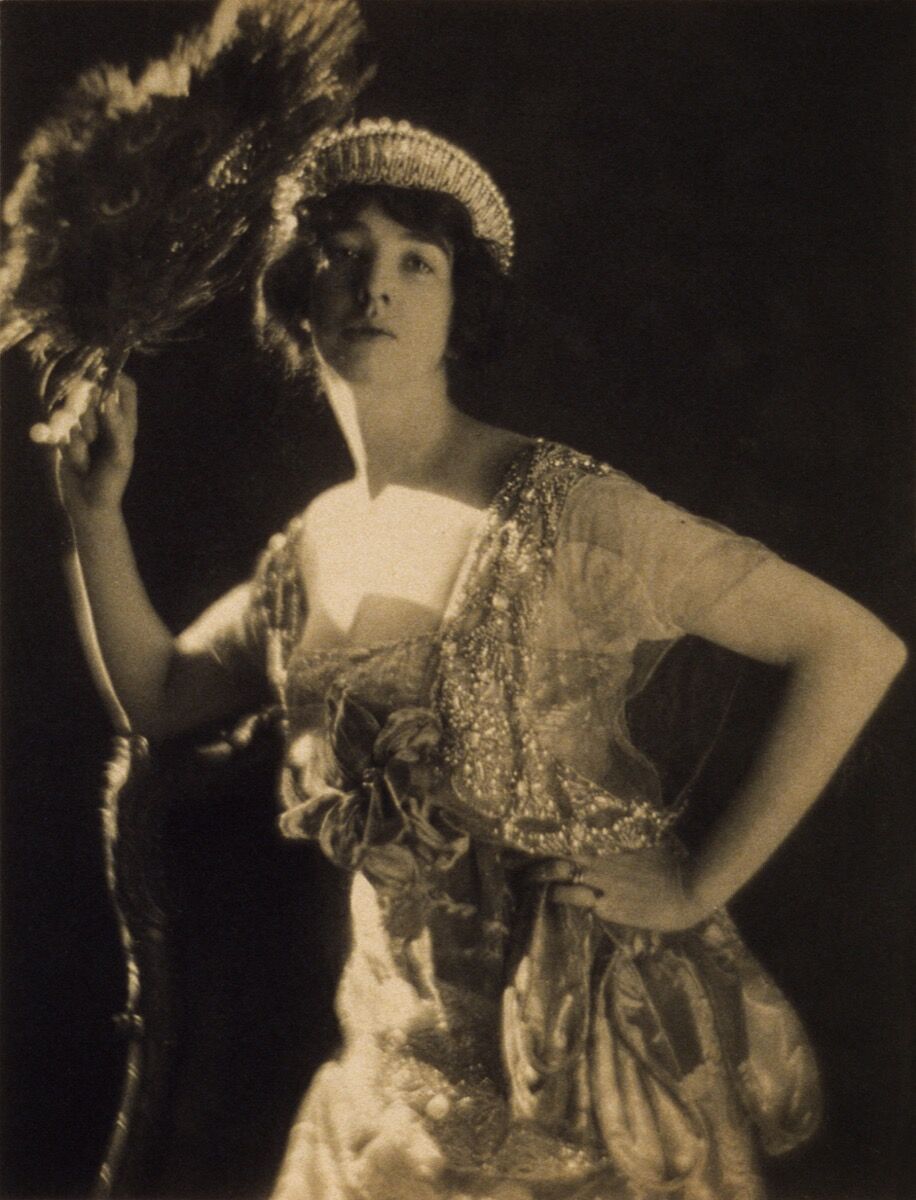 The least self-conscious about being art collectors, and by far the most isolated, are the aesthetes. Theirs is a visual existence centered on the pure gaze. Not in a painting-must-match-the-couch way, but in a more Platonic sense. For them art is a finality, an end in itself, an emotional extension of their being, separate from status or financial gain.
“These unique individuals possess an innate eye and tend to be more aesthetically aware of the world around them,” said Jonathan Rendell, a deputy chairman at Christie’s, who had a hand in the dazzling $484 million sale of Yves Saint Laurent and his partner Pierre Bergé’s art collection in 2009. “True aesthetes like Laurent are driven by a visceral response to the object. They’re often aware of what is fashionable, but almost never buy on the cutting edge of fashion.”
Driven more by gut instinct than the current vogue, aesthetes collect vividly in the moment, but with a grand vision that unites disparate objects. Rendell cited the collections of
Frederic, Lord Leighton
or the industrial heir Paul Walter. “These collections transport you to exotic places. In the case of Walter, he would go down the most obscure rabbit holes collecting Anglo-Indian Empire Art to Raj silver in depth.”
I’ve found aesthetes to be a joy and a terror to work with. They have a contrarian’s sensibility and short attention span which can make doing business a challenge. But they tend to be great synthesizers of information with a level of taste so advanced that it’s often unapparent for years. The response from a noted aesthete when I asked why he focuses on what he termed “Chinese cynical-realism” was withering in its self-assurance: “You’ll understand one day.”
Evan Beard is the National Art Services Executive at U.S. Trust, Bank of America Private Wealth Management.
Past performance is no guarantee of future results. This content represents thoughts of the author and does not necessarily represent the position of Bank of America or U.S. Trust. U.S. Trust operates through Bank of America, N.A. and other subsidiaries of Bank of America Corporation. Bank of America, N.A., Member FDIC. © 2017 Bank of America Corporation. All rights reserved. ARD43VGF
Related Stories

The Most Expensive Artworks Sold in 2017 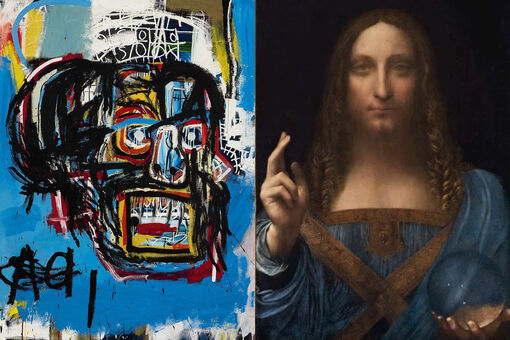 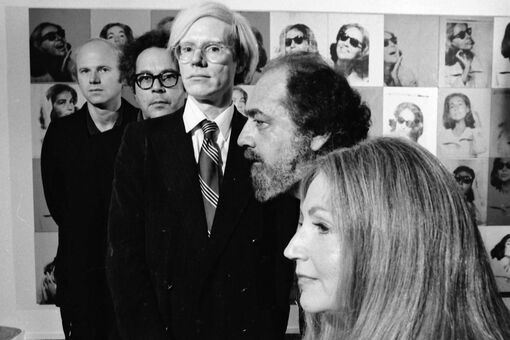 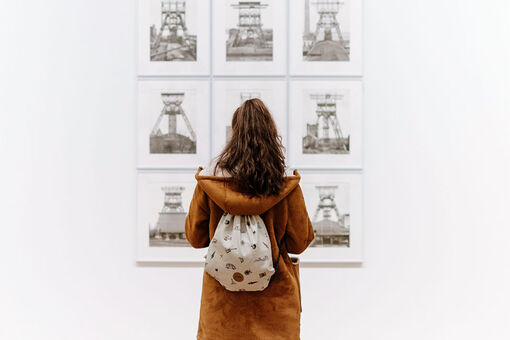 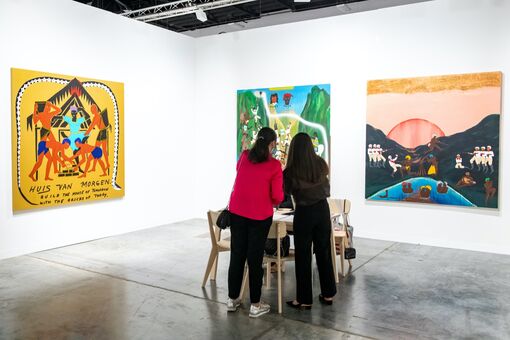