Artsy Editors
Jan 13, 2015 7:20pm
To me, San Francisco feels like L.A.’s pretty, over-achieving older sister who went to Harvard and decided to be a doctor. As much as the city is the embodiment of West Coast refinement and sophistication, it is also our nation’s seat of progressive politics. It makes for a climate that speaks to a rising group of smart collectors, interested in contemporary art for its ability to reveal tensions in poetic ways, and push boundaries without making a big New York-style fuss. Soon enough, SFMOMA will reopen its doors after undergoing a massive renovation, and the city will further assume a position as the state’s second art capital. FOG Design+Art is the city’s only event that uniquely combines contemporary art with design objects under one roof. In its second year, the fair is held at Fort Mason in the Festival Pavillion, right on the bay, with incredible views of the Golden Gate. The scale of the fair is rather intimate, with about 35 exhibitors—high quality galleries with major representation from the Bay Area as well as New York and L.A.
An art fair is the perfect place for new collectors to get their bearings. It presents a wonderful opportunity to see a high volume of art from galleries—near and far—under one roof. The dealers have put in a lot of sweat and tears to share their artist program; fair visitors can loop from booth to booth instead of trekking around the city. Take the opportunity to see what lies in store for you at the piers.
Helen Levitt at Fraenkel
A high school dropout and self-taught photographer who lived and worked as an artist in NYC for 70 years, Levitt captured the streets of her city through a social lens, and has long been celebrated by MoMA. These photographs of children’s chalk drawings from the late 1930s and ’40s serve as early examples of street art, and would be a fantastic foundation for collections with a contemporary street art focus.
Enoc Perez at Danziger
Don’t miss these unique collages from Perez, the Puerto-Rican-born artist who’s made his home in New York for the past 25 years. With a fun and sexy game of conceal and reveal, these works—from his “Summer Job” series, shown in East Hampton last summer—play on figuration, as well as the artist’s well-known practice as a painter and sculptor. As always, the nude plays a central role. You might recall having seen Perez’s paintings-turned-textiles on the runway for his Spring 2014 RTW collaboration with J. Mendel’s Gilles Mendel—as I simply can’t forget.
Takuro Kuwata at Salon 94
Kuwata is all about the glaze. The young Japanese artist applies an extremely thick glaze to his objects—allowing them to literally explode in the kiln. (“Breaking the mold” of ceramics, as T Magazine once put it.) Last year, Kuwata was included in de Purys’ “FIRE” ceramics exhibition (alongside Ai Weiwei, Josh Smith, and others), and his work has found a home in the Rubell Family Collection. If you like an unusual color combination and are drawn to the possibilities of what wheel and kiln can offer, perhaps his work should have a place in yours.
Misha Kahn at Friedman Benda
Formally trained at RISD, immediately followed by a Fulbright scholarship in 2011, Kahn and his talent did not go unnoticed by John Maeda, who announced last year that 2014 would be the designer’s year. In addition to being featured prominently at the Maker’s Biennial at Museum of Arts and Design, Kahn made a move from Johnson Trading to Friedman Benda—and next week, the latter gallery will exhibit a solo booth of his work at FOG, which will be an exceptional opportunity to acquire a piece before the prices fly out of reach.
Matthias Merkel Hess at Artsy Takeover 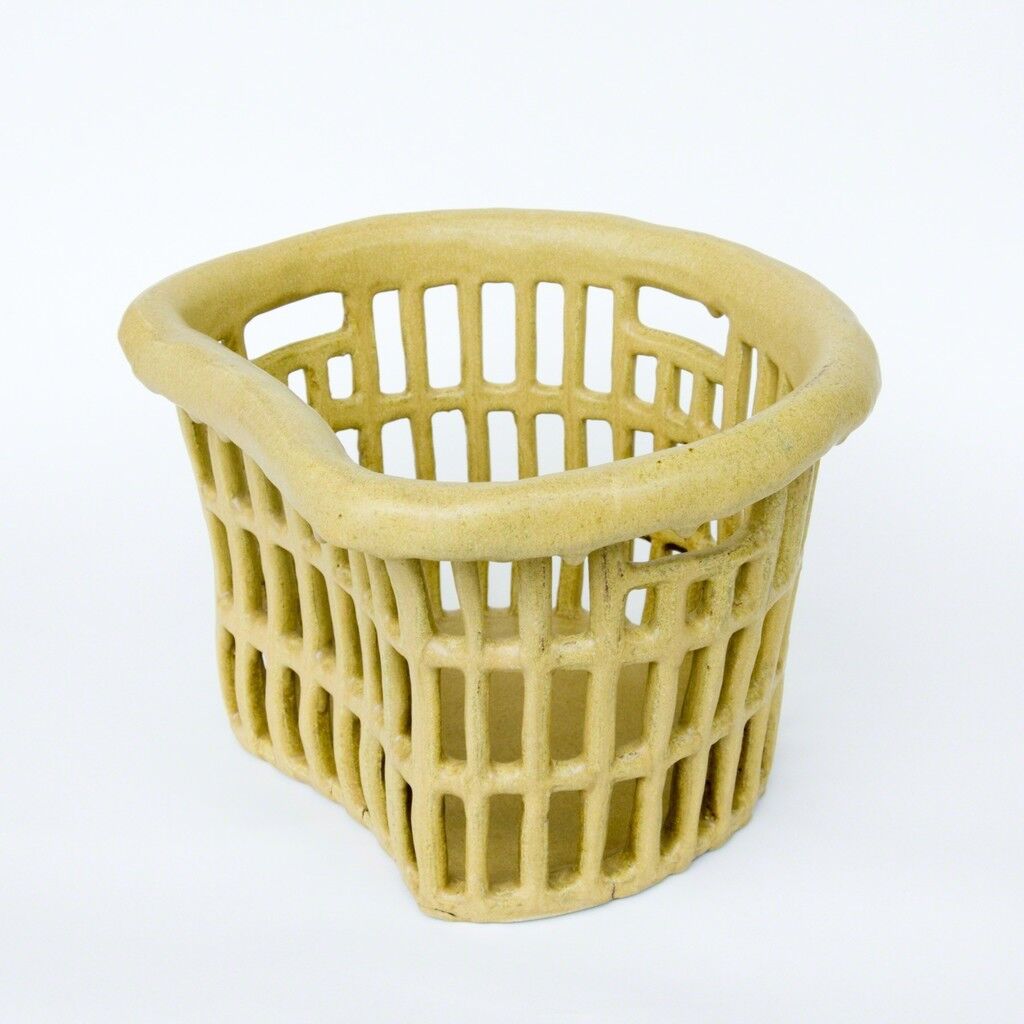 Matthias Merkel Hess
Round Hip-Hugger Laundry Hamper (matte yellow), 2013
Salon 94
This much-loved L.A.-based artist studied under
Tony Marsh
. With projects and exhibitions spattering the country over the past few years (shows at Salon 94 in New York, Volume Gallery in Chicago, ACME in Los Angeles, and James Harris Gallery in Seattle, to name just a few), Merkel Hess has made his name through a style that makes the everyday feel strangely out of place, allowing you to see the ordinary as extraordinary. During FOG, in collaboration with Artsy, he will present a solo installation of his sculpture—perfect for a collector without wall space, who prefers the handmade and has a good sense of humor.
Shari Mendelson at Todd Merrill Studio 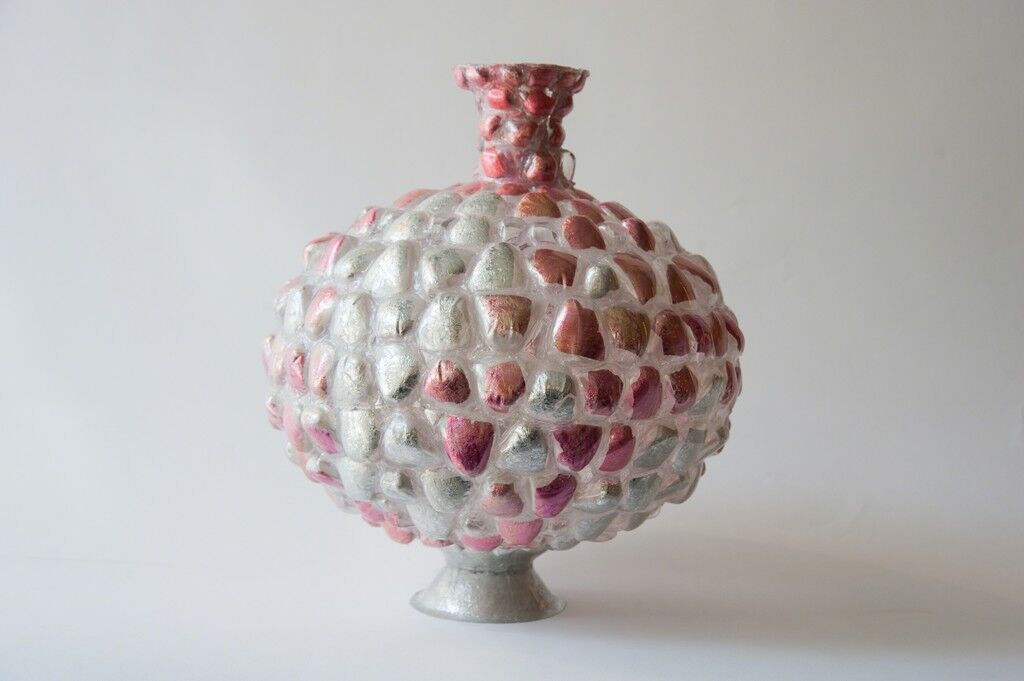 Shari Mendelson
Pink and Silver Vessel, 2014
Todd Merrill Studio
Advertisement
With a Pollock-Krasner Foundation grant and three New York Foundation for the Arts grants under her belt, the sculptor Mendelson is currently tackling a series inspired by ancient vessels and artifacts, which she creates from found plastic bottles and often coats in wax or resin. She’s ready for her closeup at FOG once again with a new selection of these works, as the ones exhibited at Todd Merrill’s booth last year were quickly snatched up by local collectors. Mendelson’s sculptures also reside in the collection of the Cooper-Hewitt in New York and MFA Boston.
Nathalie du Pasquier at SFMOMA 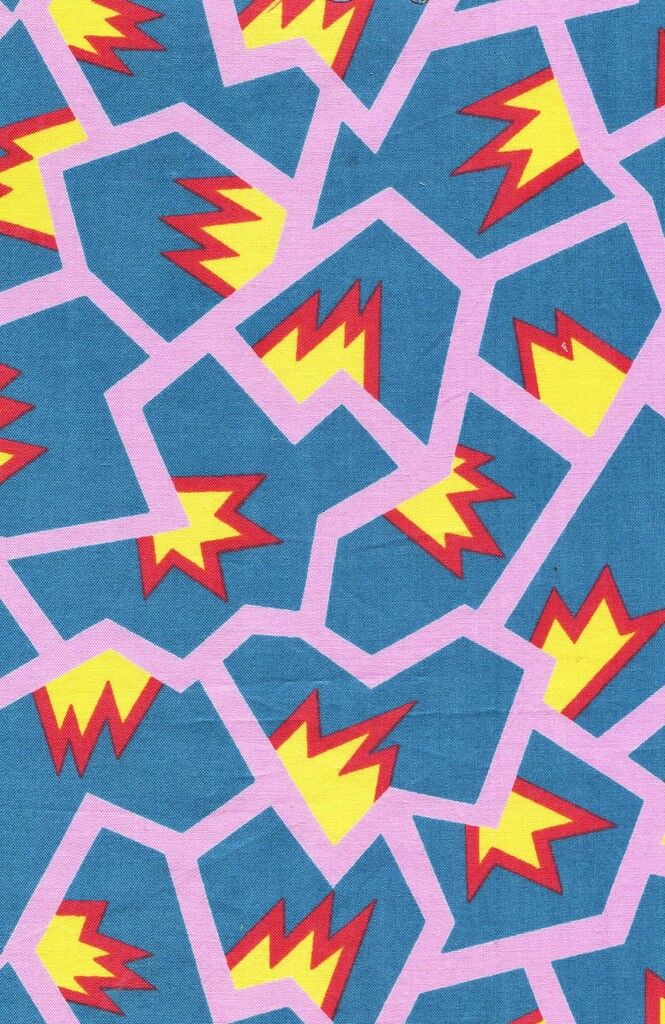 Nathalie Du Pasquier
Nathalie Du Pasquier Limited Edition Portfolio in collaboration with Colpa and SFMOMA A+D
San Francisco Museum of Modern Art (SFMOMA)
In a past life, du Pasquier was known as the Italian designer who specialized in what she called “painted surfaces”—such as textiles, carpets, plastic laminates, objects, and furniture. She is a founding member of the postmodernist, cult-followed Memphis Group, and her work can be seen anywhere from last spring’s capsule collection for American Apparel to the book of her unpublished drawings that Powerhouse enthusiastically bound. Du Pasquier created the prints that will be available at FOG with SFMOMA and Colpa Press (they were named a highlight of the fair by SFMOMA curator Joseph Becker), and they are now available in a set of six for $320 (which includes shipping!).
Ian Wallace at Jessica Silverman Gallery 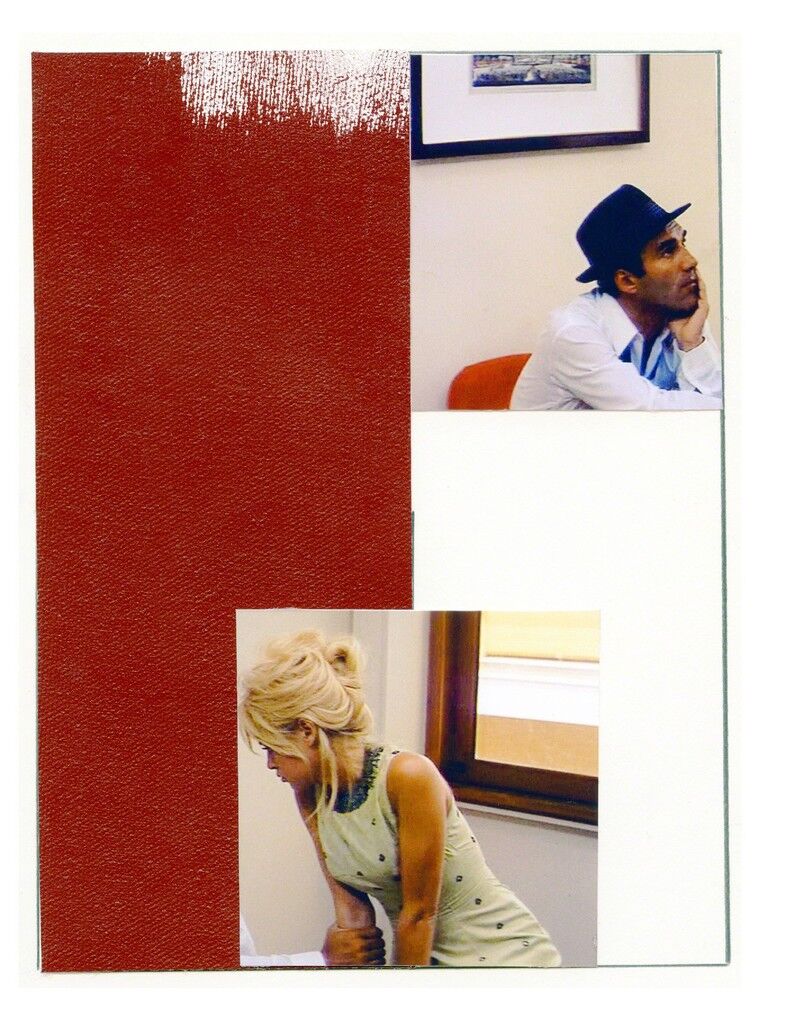 Ian Wallace
Enlarged Inkjet Study for Le Mepris I
Jessica Silverman Gallery
Considered a pioneer of photographic and conceptual practice, Wallace has been working since 1965 and is represented by über gallerists Hauser & Wirth and Yvon Lambert. Grouped with a school of artists that includes Jeff Wall and Rodney Graham, Wallace is known for visually juxtaposing monochromatic color and other references to painting with photographic imagery—presenting a dialogue and suggesting tension between the two mediums. Still, he remains underrated in the market. Easy on the eyes, the selection that will be on view at Jessica Silverman’s booth consists of prime examples of his work—reason enough to add to any collection with a photographic or painterly sensibility.
Charline von Heyl at Crown Point Press 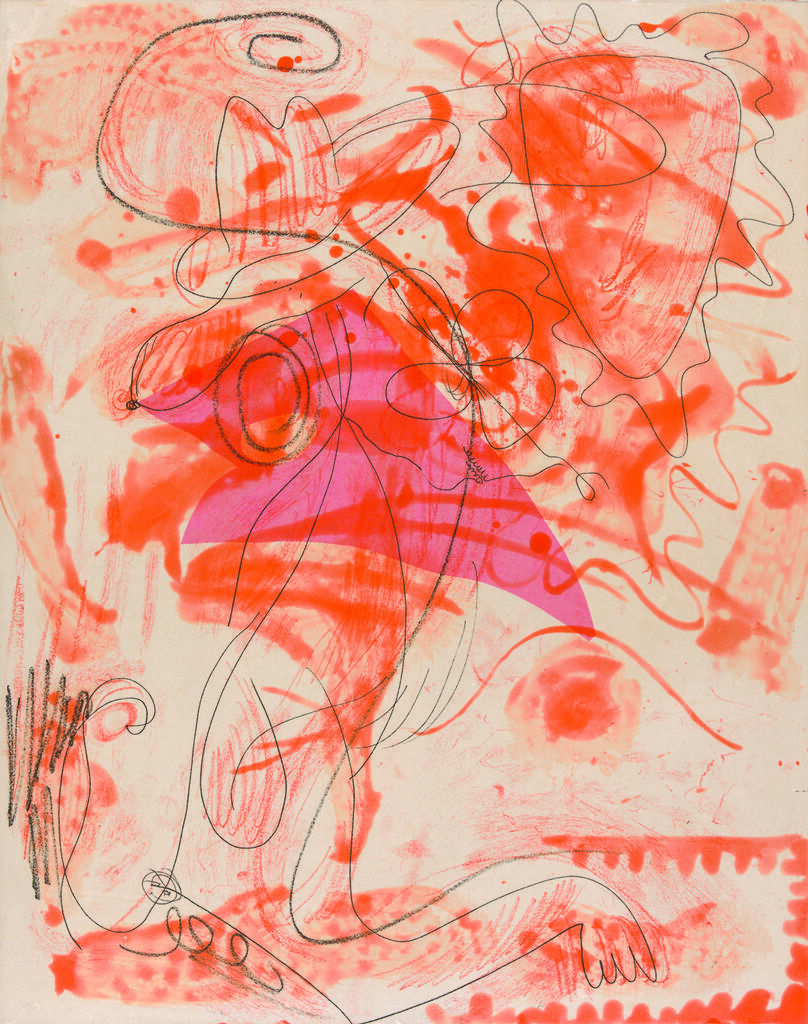 Charline von Heyl
L'etranger, 2014
Crown Point Press
Von Heyl has defied a signature style for decades, and her series at FOG will come as no exception. The works represent her most recent collaboration with Crown Point Press, the legendary San Francisco establishment that invites artists from around the world to explore printmaking within their practice. In addition to a nomination for the Hugo Boss Prize, she is also represented across the country at MoMA in New York, within a new exhibition on contemporary painters, “The Forever Now.”
Will Rogan at Altman Siegel 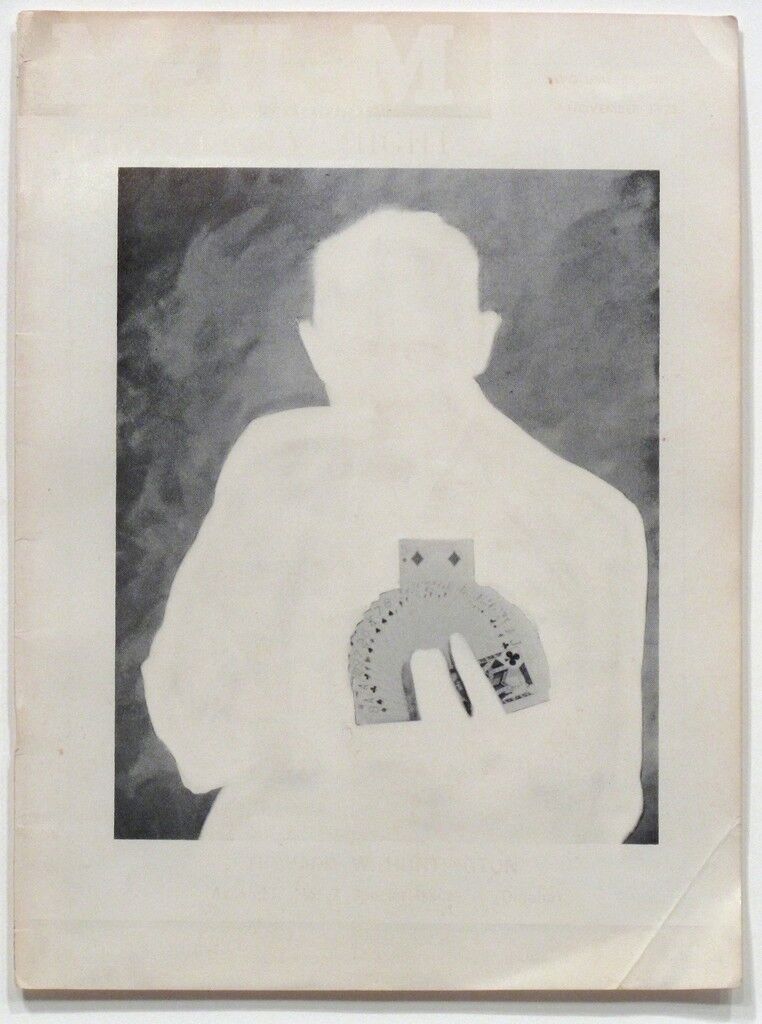 Will Rogan
Silencer (MUM) #6, 2007
Altman Siegel
Time is an essential aspect of Rogan’s work. His first major solo museum show, which included videos and sculptures, was held at the Berkeley Art Museum last year. Prior to that, in 2013, he showed work at Laurel Gitlen in New York. It is Altman Siegel, the San Francisco-based gallery who first showed the artist in 2010, that will present a selection of the artist’s portraits at FOG. Sourced from magazines, the works pay tribute to some of the unknown artists in the Northern California scene. They appear almost ghost-like, subtle, and mysterious—soft on color and heavy on the ephemeral.
Explore FOG Design+Art 2015 on Artsy.
Related Stories