What Is the Future of Art?

Hans Ulrich Obrist
Feb 1, 2016 2:30pm
There are few in the art world that see more, write more, or speak to more artists than Serpentine Galleries co-director Hans Ulrich Obrist. And, having literally written the book on curating, there are few better positioned to see what shape art will take in the future. So, what is the future of art according to Hans Ulrich Obrist? As he describes below: The Extreme Present.
A curator cannot predict the future of art. Artists, however, have antennae that are extremely sensitive to impending change and can often detect it before anyone else. And so by sticking close to artists, curators might be granted a glimpse of what is to come. Curating follows art, and in this spirit I have asked many artists (as well as scientists, poets, architects, mathematicians, photographers, philosophers, composers, and other leaders in their field) to complete the sentence “The future will be....” A very short selection of the many hundreds of answers I’ve gathered have been placed throughout this essay.
I address the impossibility of predicting the future in Age of Earthquakes: A Guide to the Extreme Present, the book I wrote with Douglas Coupland and Shumon Basar. The internet is changing the structure of our brains and the structure of our planet in extraordinary ways, so quickly that we haven’t yet developed a proper vocabulary for it. Technological progress has accelerated to the point that the future is happening to us far faster than we could ever have anticipated. This new world is what we call “extreme present,” a time in which it feels impossible to maintain pace with the present, never mind to chart the future. 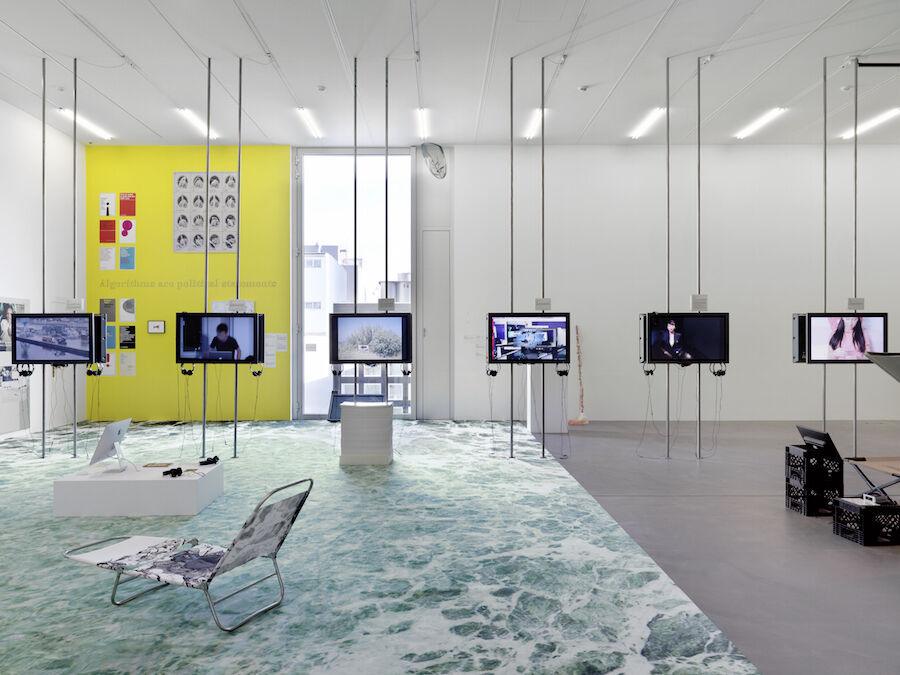 Advertisement
The 89plus project which I co-founded and co-curate with Simon Castets investigates the first generation to have grown up with the internet—a generation that currently makes up half of the world’s population, and whose voices are only now beginning to be heard. The project is not about predicting or creating the future, but rather about bringing practitioners in different fields together through panels, books, periodicals, exhibitions, and residencies to share their insights and ideas. Thousands of artists across the world have answered our open call, uploading information about their respective projects to our platform. Since we started in 2013, we have conducted onsite research in Singapore, Rio de Janeiro, Hong Kong, Mexico City, New York, Zürich, Stockholm, Dubai, Madrid, and Cape Town, among others, creating public panels out of our conversations with local practitioners.
Through the 89plus research we learned that many are critically addressing the phenomenon of the so-called “filter bubble.” This is an algorithmic mechanism used by companies through which a user’s online experience becomes a static, ever-narrowing version of their own pre-existing preferences. It is a tool by which algorithms select online content that a user might want to see based on pre-existing data harvested from the same user, such as location, search history, and personal information. It guards users against exposure to any content that might contradict their viewpoints, therefore isolating them within a coherent, restricted ideological environment; Eli Pariser, who coined the concept, calls it a “personal ecosystem.”
The filter bubble inspired us to create a show of the same name at Zürich’s LUMA Westbau. It features over 40 artists and writers and translates three years of research with 89plus into an exhibition format. The show functions as an inquiry into the creative practices of a generation who grew up with the internet, investigating its ramifications for public discourse and dialogue.
The invention of the internet once promised to make knowledge open and accessible to anyone across the world, a perfect, radically open tool that encouraged the sharing of information and knowledge across societies and specialisms. Yet in opposition to the original nature of the web, the mechanisms behind the filter bubble are generating closed systems of knowledge. This is radically harmful to both individuals and societies.
Much of the 89plus research has revealed how devoted young practitioners are to protecting and extending the internet’s capacity to foster new interactions and relationships. And each of the insights to have emerged from 89plus demonstrates how traditional notions of authorship and cultural heritage are changing. By listening to the artists in the “Filter Bubble” show, we might gain some insight into the new ideas and iconoclastic approaches that will transform our relationship to knowledge. Their preoccupations provide us with an outline of the emerging fields for artistic and philosophical investigation—and resistance.
Advertisement 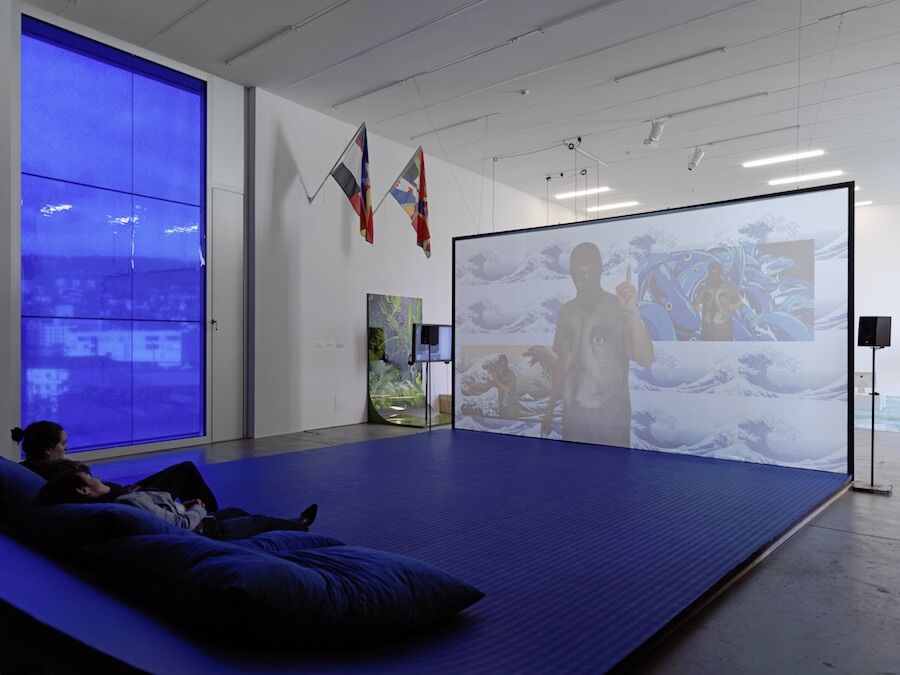 Yollotl Alvarado recognized that the algorithms that guide our interaction with the internet are “political statements” that can “expose the forces at play in our access to information,” while Louise Gagliardi alerted us to the fact that our personal devices, rather than serving as a portal to new information, are in fact “individual mirrors.” For “Filter Bubble,” Crista Siglin & Isaac Wilder contributed a “meditation on intimacy in the age of filtration,” investigating how digital relationships negate signifiers such as eye contact. Felix Melia imagined a nightmarish situation in which “anonymous romantic text messages are sent automatically to a group of mobile phones via a web-based messaging service,” while Urban Zellweger considered the alienating bodily experience of sitting in front of a computer.
Above all, these artists’ practices investigate and challenge the assumption that our future actions should be determined by our past behavior. As with all of the projects outlined in this short manifesto, the basic principle stands that it is urgent for us to overcome the fear of pooling knowledge. We must remain radically open to new ideas. And we must preserve and promote the systems by which it is possible to share, collaborate, and investigate. The future depends on it! 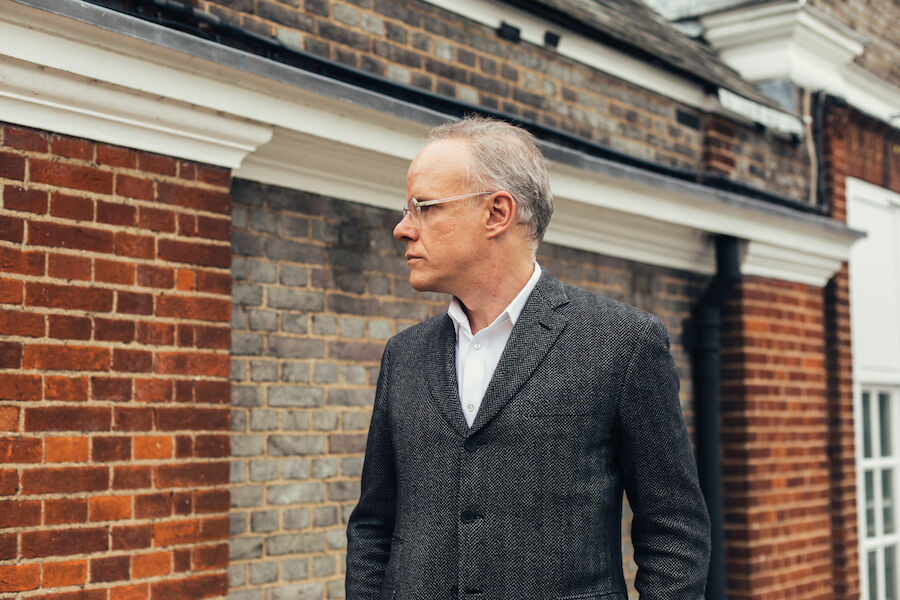 Portrait of Hans Ulrich Obrist at Serpentine Galleries by Kate Berry for Artsy.