The (in)action of abstract painting 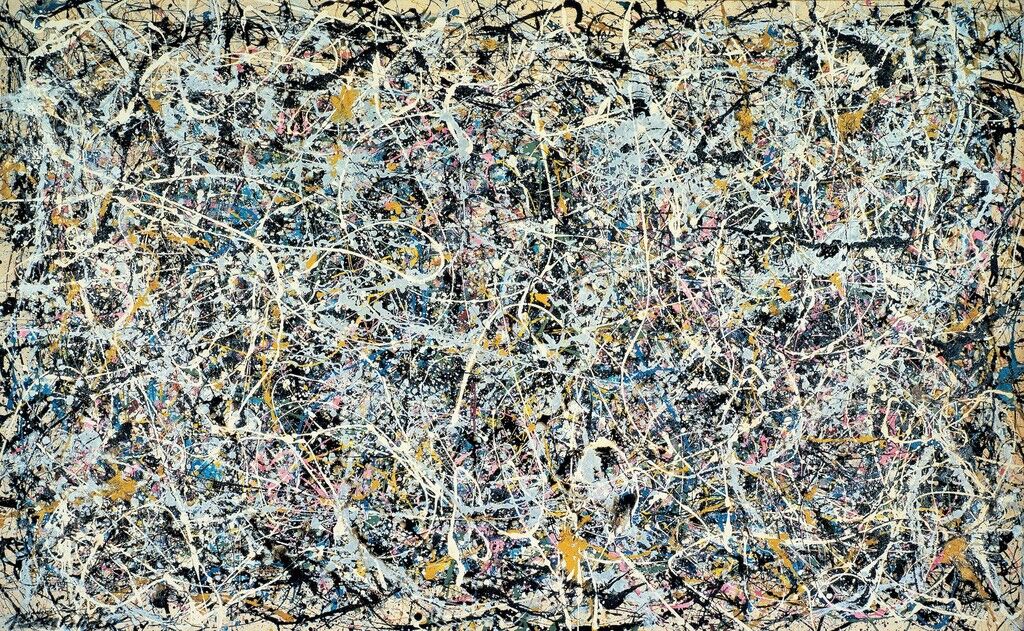 Ever since Pollock laid his canvas on the ground and reduced the glorious act of painting to dripping and splattering, any abstract painter in the United States has had to grapple with the gesture of how to get paint onto the canvas, and what this means for the interpretation of the final artwork. Does the act of mark-making reveal something about the artist’s intention or state of mind during the creation of the work?

I spoke to Kadar Brock recently about this conundrum.

In high school I was introduced to Abstract Expressionism and how it related to all this “hippy dippy” stuff I was raised on. Intention was seen as something spiritual. There is an ego identification with the act of painting and the mark. It comes from a tradition of romanticism and identifying one’s actions as expressive of oneself. I realized that this was part of how I viewed painting and I wanted to question it.

And question it he did. In this most recent body of work, he has taken old paintings – those cast-off, unsold, reconsidered – and literally white washed them, then scraped and sanded away so that the fluorescent ghosts of previous years peek through a milky surface, while serendipitous over-sanding has opened up holes in the canvas in other parts. The holes conjure allusions to Fontana. But “It’s a totally different thing from Fontana,” Brock says.  “For him it was a mark. For me, those are non-marks, or incidental marks as opposed to action marks. They are residue, as opposed to the artist puncturing the space of the painting.”

Paintings that don’t go out into the world are just materials. I don’t feel sentimental about them, they are these disenchanted magical items. In my older paintings I had an idea about the artist as shaman. Using those paintings is a way of dredging of those beliefs.

Brock is concerned with a recent past here, one too close to become nostalgic over. To  put the failed erasures of one's old mistakes on display is to atone – publicly – for the incommunicability of one’s past work. But perhaps this is just a necessary step in the creative process: “I couldn’t always fully undo them, they would always have these ghosts of paintings behind them.”