Five Things You Should Know About Modern Art in Russia

Artsy Editors
Sep 10, 2014 5:04pm
This is by no means the whole story, but if I had you in my class for just 10 minutes, here are the first five things I would want you to know about Modern art in Russia: 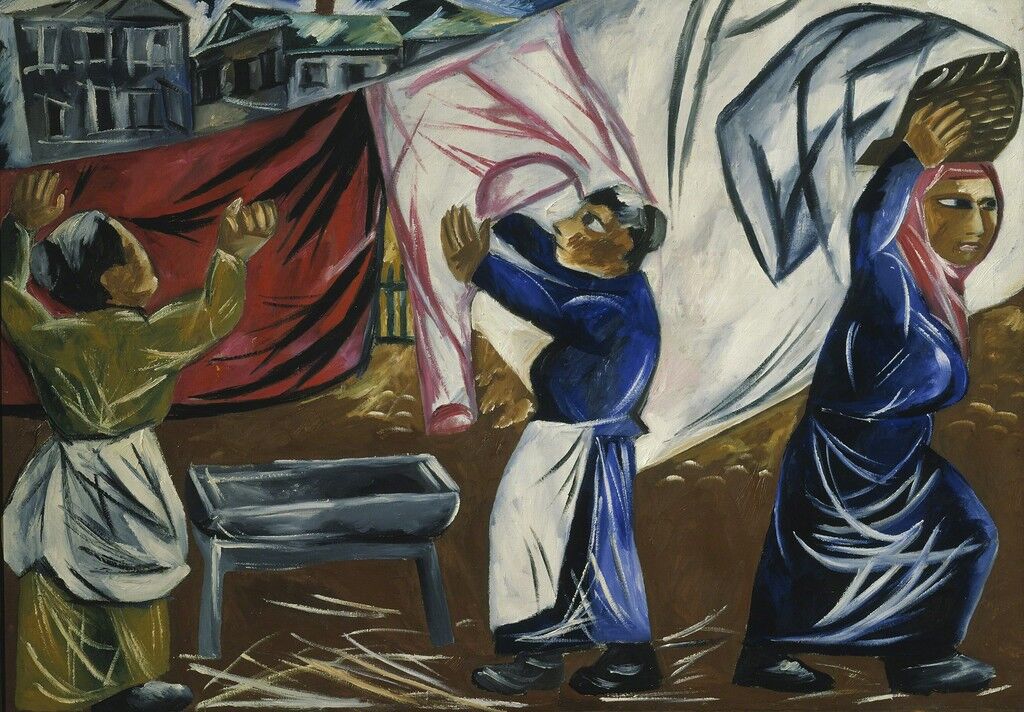 Though it is still not widely appreciated, Russia had a crucial role in the development of Modern art

Between 1905 and 1910, Moscow became an important incubator for progressive avant-garde art ideas, then also being shared in Munich, Vienna, and Paris. Between 1910 and 1914, Moscow became an international center. A few exhibitions by groups (with somewhat unusual names) are central to this assessment: first, there were those organized by the “Jack of Diamonds” group (those from 1912 onwards, in particular), which showcased a wide variety of German and French art by artists such as
Matisse
,
Delaunay
,
Léger
,
Braque
,
Picasso
,
Kirchner
,
Marc
, and
Kandinsky
; then there was the March 1912 exhibition of “The Donkey’s Tail” group, an offshoot of the Jack of Diamonds members whose name referred to a 1905 Paris scandal, in which a painting created by tying a brush to a donkey’s tail was exhibited at the Salon des Indépendants without being noticed. The Donkey’s Tail was the first to both assert an independent Russian school of art-making and bring together the artists who would be the “big four” of Russian art: Mikhail Larionov,
Natalia Goncharova
,
Kasimir Malevich
, and Vladimir Tatlin. Finally, The Donkey’s Tail changed its name to “The Target” and held an exhibition in 1913 that showcased the growing diversity of abstract painting in Russia, generally featuring Neo-Primitivist works. It also introduced Goncharova’s new short-lived “Rayist” painting style, which looked similar to Analytic
Cubism
. 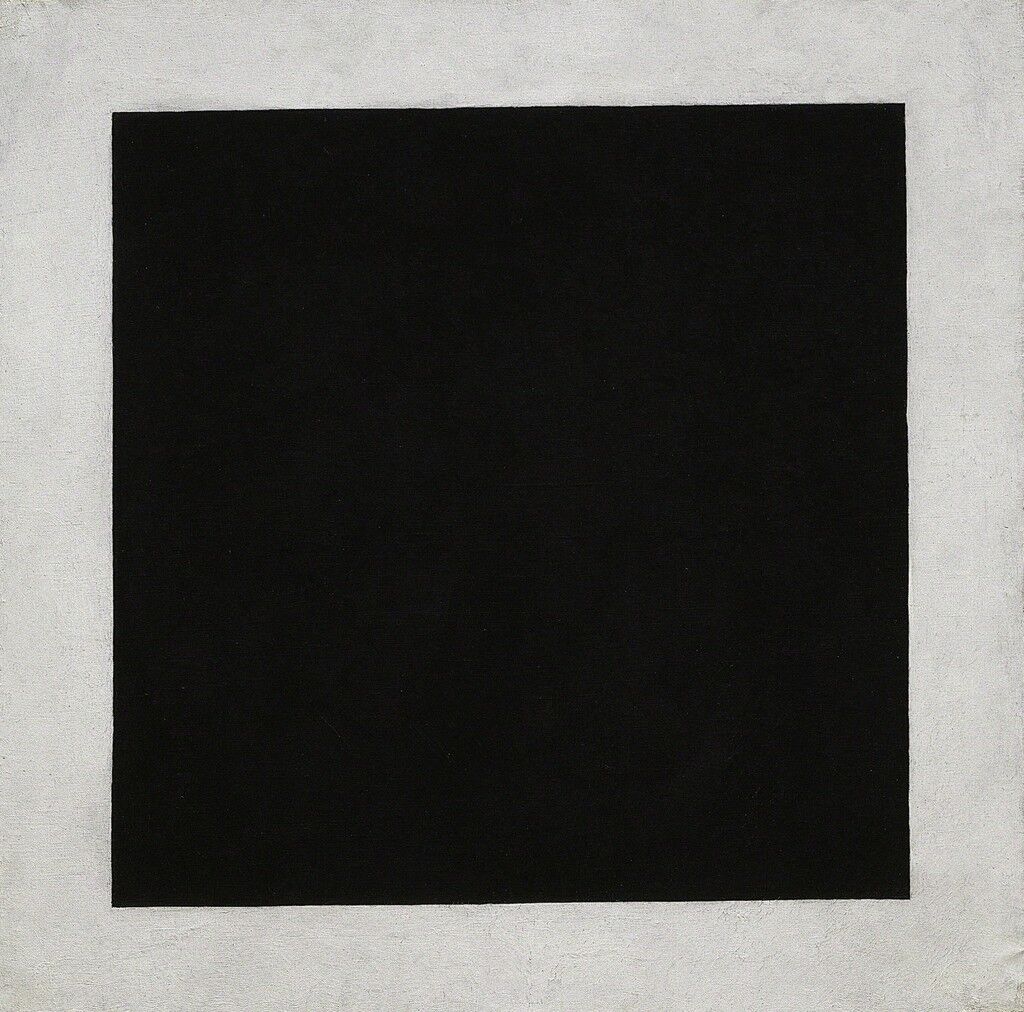 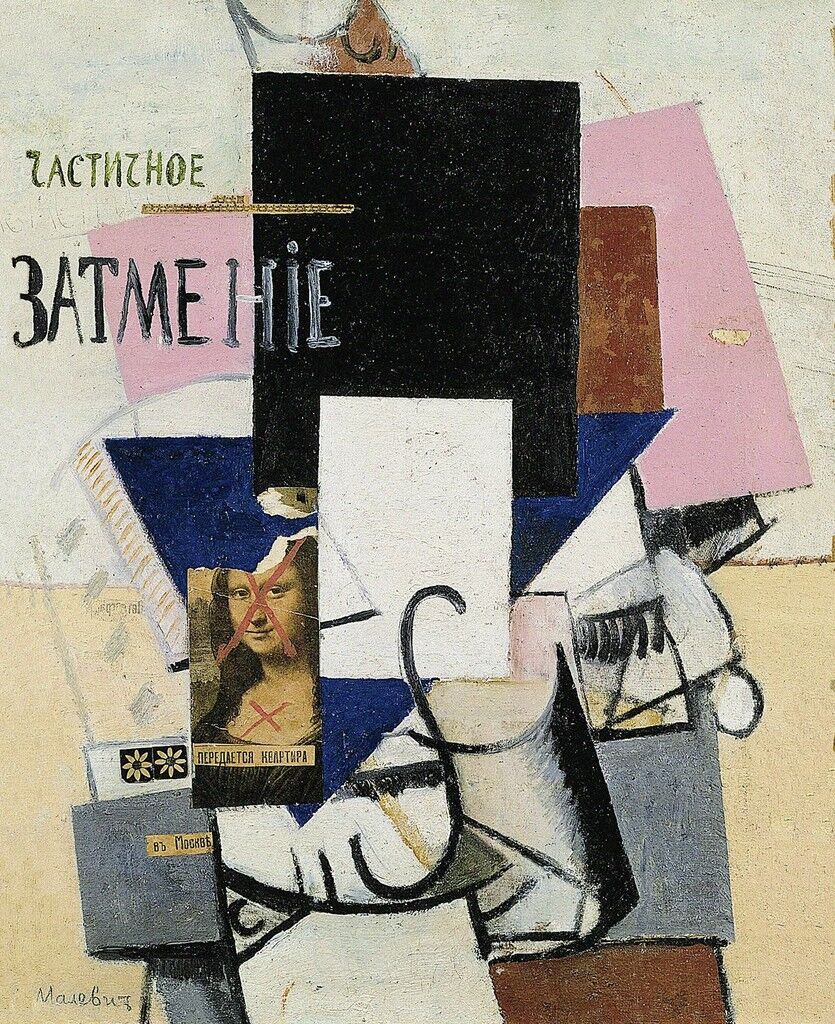 Inspired by Rayonism, Kazimir Malevich conceptualized Suprematism, one of the most influential movements of the 20th century

Malevich’s works from 1911 through 1914 show an amazing progression—comparable to that of
Piet Mondrian
—toward the first manifestations of we might now call
Minimalism
in Western art history. In 1911, Malevich’s works were figurative and
Fauvism
-inspired; soon after his figures seem more related to Picasso’s Demoiselles d’Avignon; next his works show affinities with those by Fernand Léger. Between 1913 and 1915, Malevich did not exhibit often and his works took a drastic turn, which became evident to the public in the 1915 exhibition entitled “0.10 The Last Futurist Exhibition of Paintings.” There, he exhibited the highly abstracted paintings he is best known for, consisting of extremely simplified shapes and lines on blank backgrounds. The most important of these was his “Black Square” series. As part of the exhibition, Malevich outlined a new approach to art,
Suprematism
, in a small booklet. In general terms, Suprematism, so-called because of its supreme relation to art of the past, pursued an art denuded of any attachment to composition and political or social meaning, and based on the most elemental aspects of expression, pure shapes, rooted in pure feeling. Malevich’s works were major influences on many other subsequent Russian artists, such as
El Lissitzky
, other European groups, such as
De Stijl
, and artists associated with the
Bauhaus
. During the postwar period, his work helped catalyze artists associated with what we now call
Minimalism
. 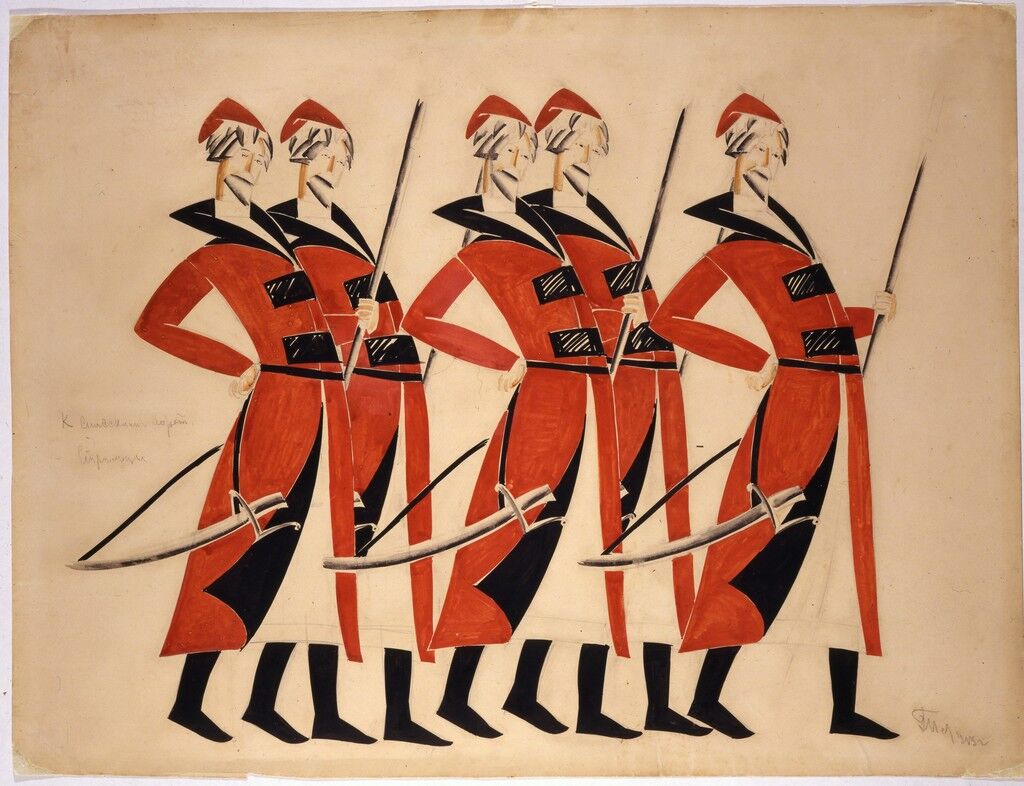 Vladimir Tatlin
Costume design for Life for the Tsar, 1913-1915
A. A. Bakhrushin State Central Theatre Museum

Malevich’s major rival was
Vladimir Tatlin
, an artist profoundly interested in Picasso—to the extent that, in 1914 on a visit to Paris, he begged Picasso to let him help in his studio in any way he could, so that he could stay and work with him. Though Picasso refused (having enough studio help already), Tatlin was still able to hang around until his money ran out, leading to what was arguably the most important experience of his career: seeing Picasso’s revolutionary constructed guitar sculpture. This work pushed sculpture away from carving and modeling toward objects constructed out of different elements (what we might call “
Assemblage
” or “
Open Form Sculpture
”) and incorporating readymade materials and common subject matter. Tatlin returned to Russia and immediately began engaging with Picasso’s ideas. Initially this meant creating objects that looked like Picasso’s and played (as Picasso’s did) with reality and illusion. Soon after, though, Tatlin became more engaged with the further simplification of materials into abstract shapes, their inherent characteristics and projection into space, seen in his “corner reliefs.” After the Russian Revolution, these works led Tatlin to design utilitarian objects in the service of the new state. The best-known is his Monument to the Third International, which was to be erected in the center of Moscow for the The Third International, an organization whose objective was to seek international Communist revolutions. The monument, which was never built, was supposed to be made of glass and iron, painted red, and twice the height of the Empire State Building. 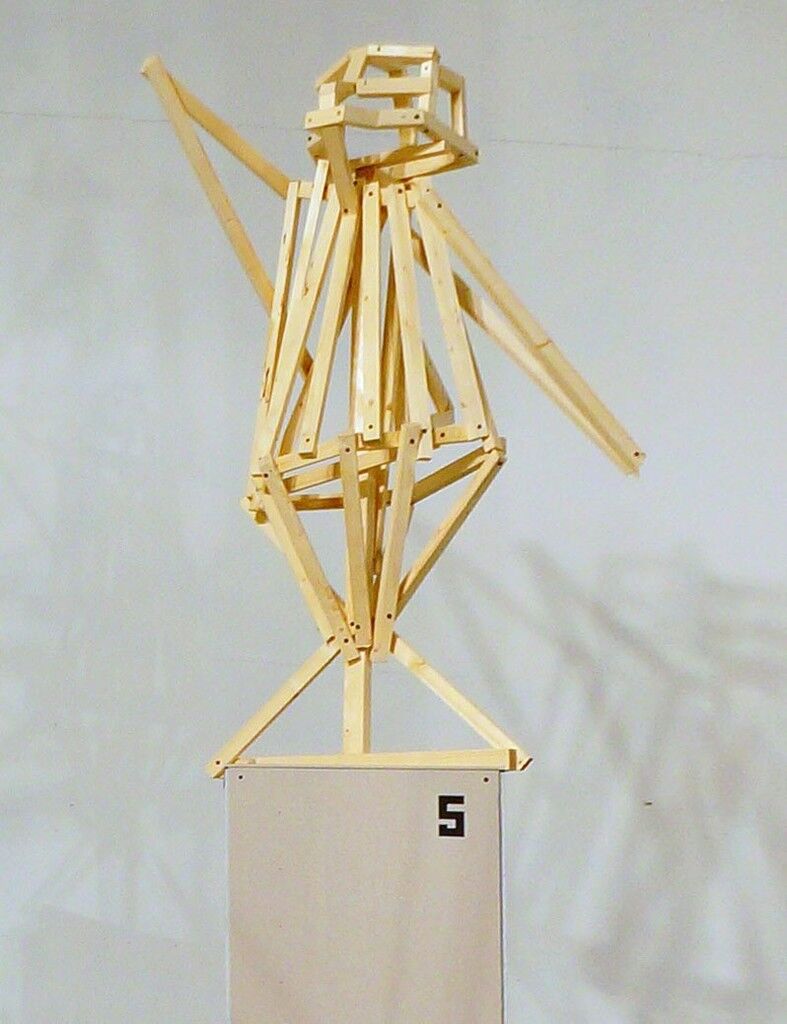 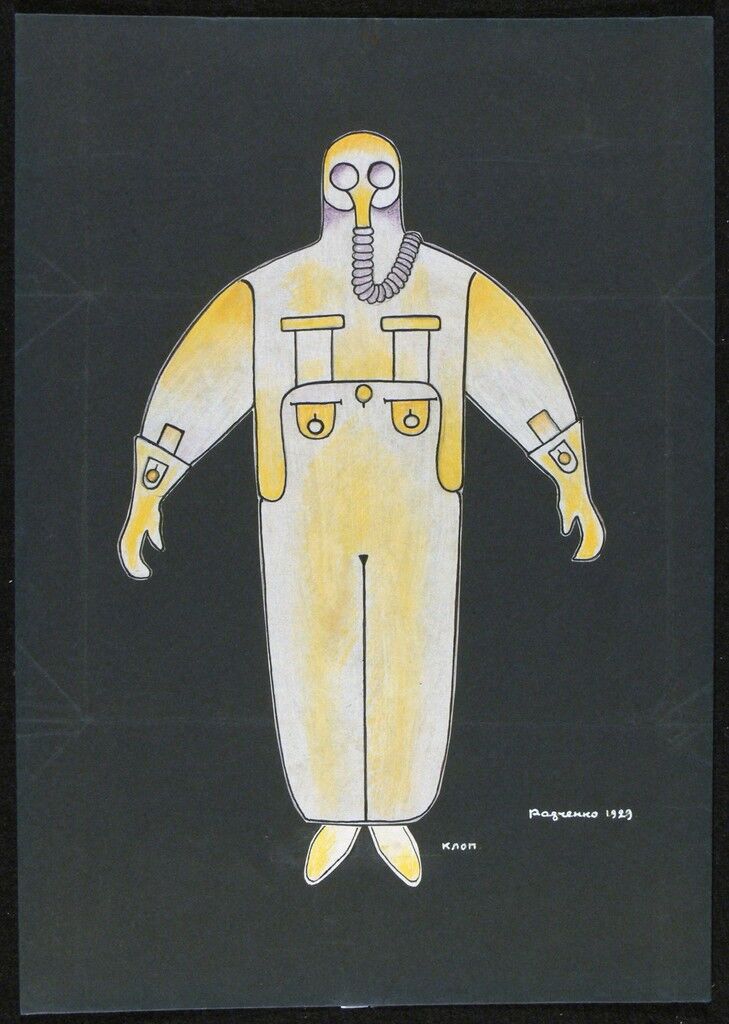 Constructivism, which began in Russia, was also one of the most influential art movements of the 20th century

Constructivism
, founded in 1921, was a group that sought to take Tatlin’s ideas, seen first in his constructed sculptures, and then in works like his Monument, into design. Constructivism became one of the most influential 20th-century art movements, spreading simplified abstract art and design internationally. Generally, Russian Constructivism is most recognized for its achievements in graphic design.
Alexander Rodchenko
’s Workers’ Club, which he created for the 1925 Paris Exposition Internationale des Arts Décoratifs et Industriels Modernes, is believed to be the best encapsulation of the diverse characteristics of Constructivist design. 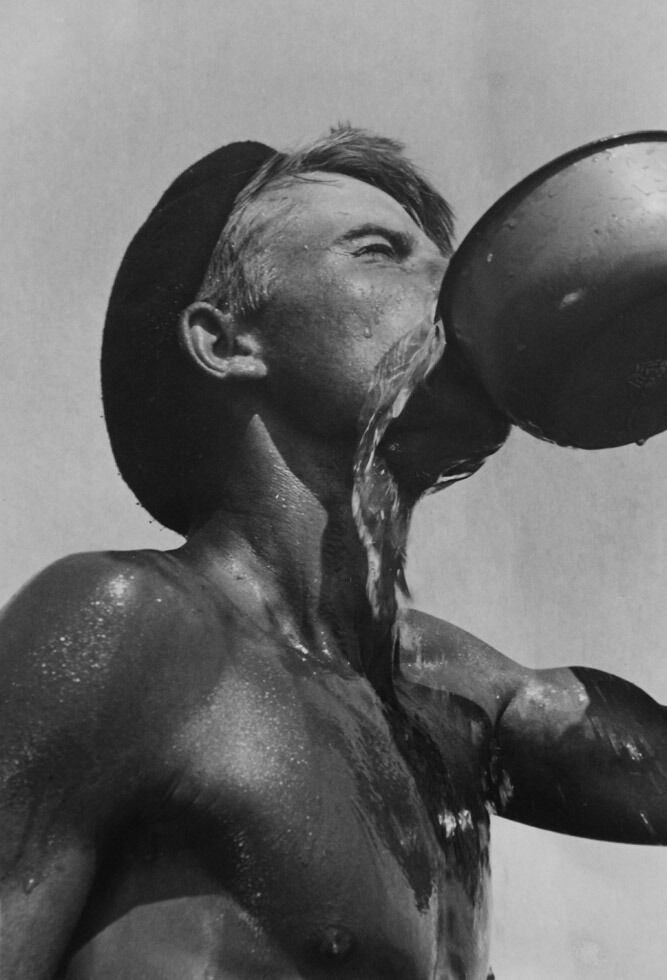 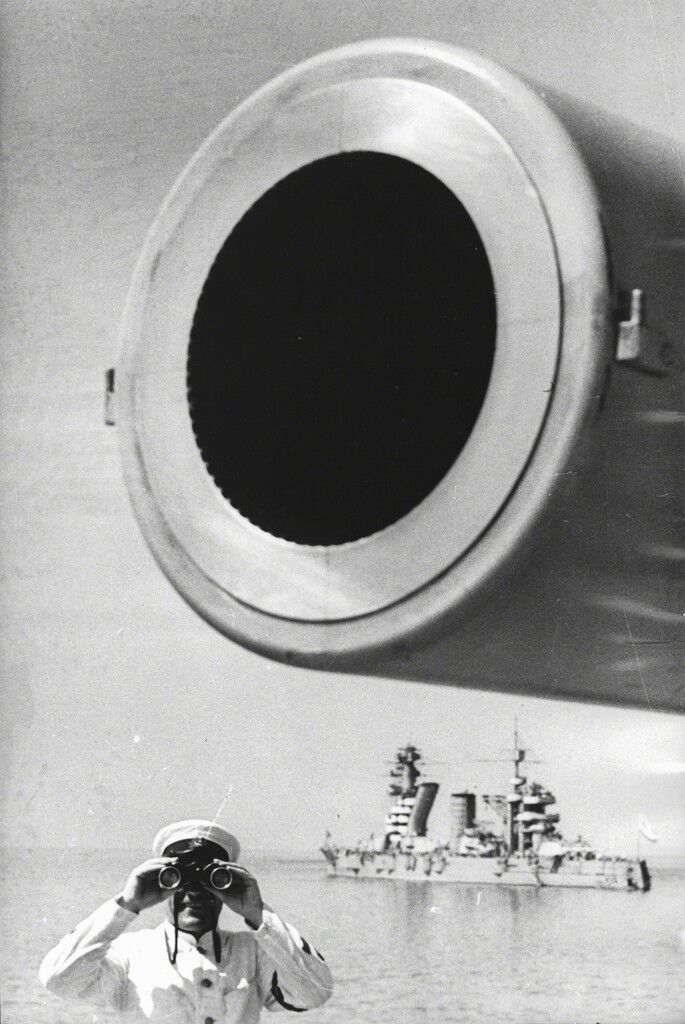 Socialist Realism
, the state-sanctioned style of the Soviet Union beginning in 1932, influenced all subsequent Communist art

The diversity of abstract and avant-garde artistic practice present in the USSR during the 1910s and early ’20s was progressively suppressed by the government, and by 1934 it was decreed that Socialist Realism was the approved means of art production for all USSR artists. The goal of Socialist Realism was very generally to “depict reality in its revolutionary development” in order to inspire the masses towards Communist ideals, and its stylistic departure point was 19th century academic painting. In terms of subject matter, it initially focused on building and farming projects and later on depictions of Stalin. After Stalin’s death, and increasingly after the 1960s, when the power of Communism began to recede (at least outside of Russia), there was more flexibility available to Soviet artists. However, Socialist Realism influenced the art styles of all Communist countries and should be recognized as one of the most prevalent artistic styles in 20th century art.
Explore Cosmoscow 2014 on Artsy.
Related Stories