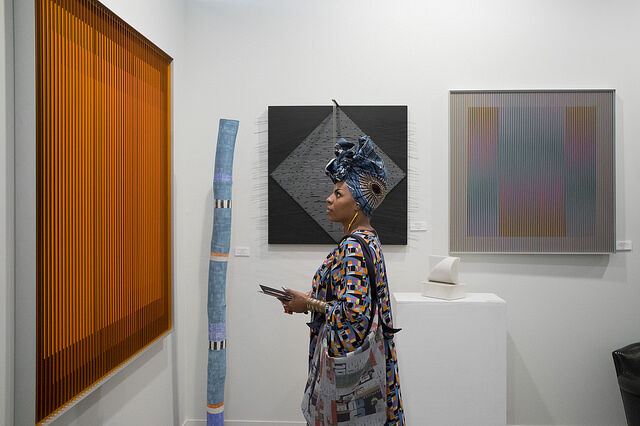 Get ready for one of the most celebrated art gatherings in Latin America. SP-Arte/2018 will take place from April 11 to 15 at the Bienal Pavilion. The interface between leading galleries, artists, dealers and visitors during the event creates a vibrant experience for visitors. Galleries, museums and cultural centers in São Paulo feature a wide variety of events including exhibition openings, institutional collection visits, panel discussions, book launches, performances and guided tours fostering a unique art immersion week.

With over a decade of steady growth, SP-Arte is renowned for its rigorous selection process in presenting a collection of leading global and local galleries, as well as for its increasingly diverse agenda of events and activities. During event days, São Paulo is the place to be for both experienced and novice collectors, art lovers and regular visitors. While inside the Bienal Pavilion visitors can enjoy free guided tours, at Gallery Nights they can experience an exciting circuit of gallery openings all over the trendiest São Paulo neighborhoods.

SP-Arte´s peerless reputation in the region has led to a prominent selection of international galleries over the years. David Zwirner, White Cube, neugerriemschneider, Continua, Marian Goodman and kurimanzutto are among the renowned art spaces that have cultivated a strong presence in São Paulo through SP-Arte in the last editions. 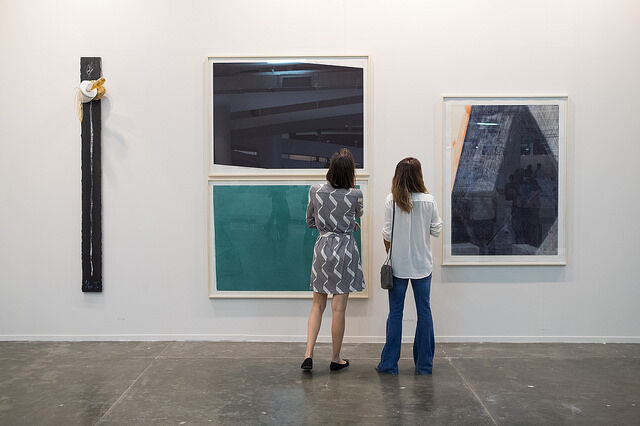 SP-Arte’s Main sector will show modern and contemporary art, with galleries focused on works that range from the early 20th century to the present day. Solo continues to offer works for deeper analysis with a selection of single artist booth presentations, curated for the third time by guest curator, Luiza Teixeira de Freitas.

Jacopo Crivelli Visconti will coordinate Repertório [Repertoire] for the second time. Focusing on works produced up until the ’80s, the sector creates dialogues between acclaimed international artists who are less known in Brazil and historically significant Brazilian artists, featuring names such as Christian Boltanski, Chen Zhen and Ione Saldanha. “Since it was created in 2005, SP-Arte has evolved from an art fair to playing an institutional role, bringing, emerging and established artists to Brazil that are rarely seen here,” says Jacopo.

Since launched in 2016, SP-Arte’s Design sector has highlighted Brazil’s outstanding history of design. The sector is further enhanced by featured furniture and antique pieces signed by renowned designers, as well as promising youngsters. Jorge Zalszupin, Lina Bo Bardi, Oscar Niemeyer, Sergio Rodrigues and Zanine Caldas are a few of the names represented.

This year the sector will present a new space dedicated to independent designers aiming to introduce emerging talent and promote creative design not yet produced on a large scale.

For 2018, Brazilian artist Paula Garcia takes on the role as curator of the Performance sector. Garcia’s projects will occupy a space exclusively dedicated to performance art. Visitors can actively enter the area and watch the performances, which will run non-stop from the first to the last hour of each day. Artists confirmed so far are Gabriel Vidolin, Karlla Girotto, Paul Setúbal and Protovoulia (Jessica Goes and Rafael Abdala).