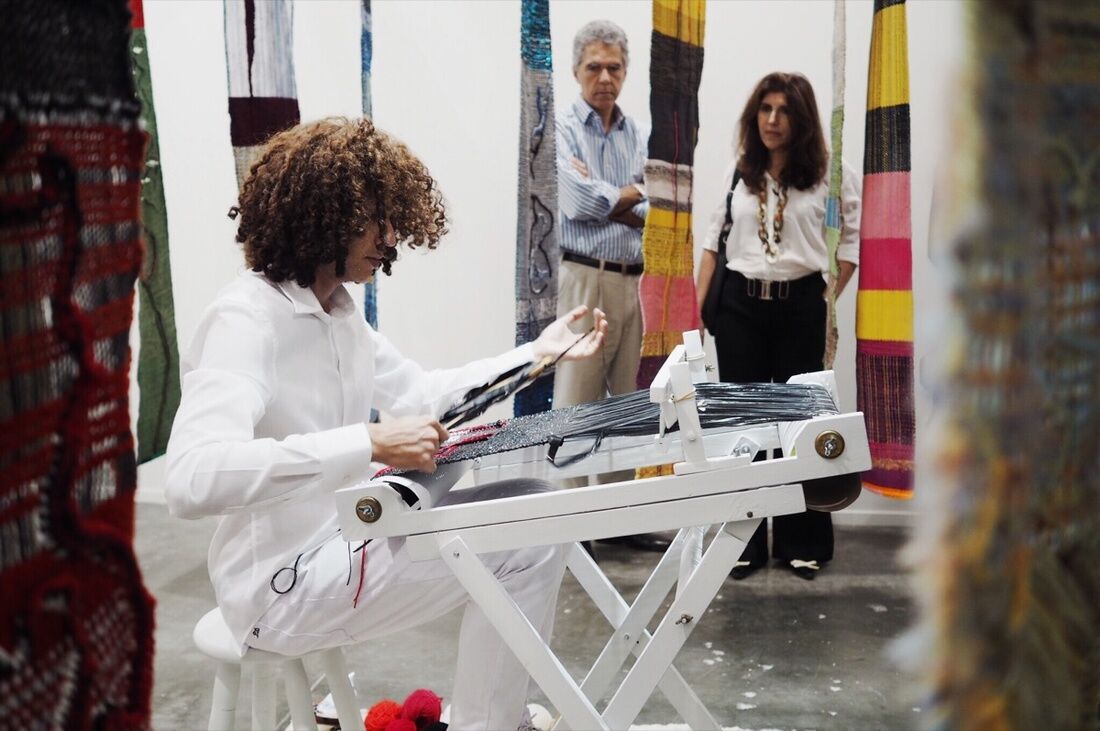 SP-Arte, the São Paulo International Art Festival, is an invigorating event in São Paulo’s cultural agenda that features a dynamic program and mix of exhibitors that transforms the city into an international hub for art in Latin America.
In the 2017 edition, SP-Arte hosted a week of events including Gallery Night, institutional collection visits, panel discussions, book launches, performances and guided tours that contributed to the Festival’s success.
For 2018, the Festival will return with an agenda of events and exhibitions throughout the city, in addition to its sectors in the Bienal Pavilion: Main, Solo, Design, Repertório [Repertoire] and Performance.

Applications are now welcome for the following multidisciplinary sectors: Main sector includes modern and contemporary art, with galleries focused on works that range from the early 20th century to the present day.
Solo presents single artist’s booths, curated and coordinated by guest curator, Luiza Teixeira de Freitas. Repertório will once again be signed by the Italian curator Jacopo Crivelli Visconti. Exhibitors for Solo and Repertório sections are selected either via application or by invitation from the guest curator.
The Performance sector will be led by the artist Paula Garcia, who contributed to the previous edition as project developer and now assumes the role of curator. “As curator of SP-Arte/2018′s Performance sector, I intend to work with artists and groups that carry in their research new ideas about the body in confrontation and transformation based on a direct clash between their propositions and contemporary latent issues: gender, social inequality, right to housing, nutrition; besides violence, creation of communities, collaborative work, etc. Artists and groups that work with research that blur the limits between performance and other languages.”, says Garcia. Performancewill be by invitation only.
Design sector returns for its third edition, highlighting Brazil’s long history of design while also opening a forum of discussion, presentation, and visibility on an international platform. Please email [email protected] for more information and questions.
To submit an application to participate, please access the online form here. All requests will be reviewed by SP-Arte’s organizers and the Selection Committee, as well as by the curator of the respective sector when applicable. The 2018 exhibitors list will be announced in December 2017 on SP-Arte’s website.
About SP-Arte
Founded in 2005, SP-Arte has become an essential part of the international art circuit.
The 2017 edition welcomed 134 participating galleries (90 Brazilian and 44 international from 13 countries) and featured over 2000 artists. SP-Arte/2017 held more than 180 events throughout the city. The week provided a platform for cultural and artistic exchanges between curators, collectors, artists, galleries, artworks and admirers of art and design.
With over a decade marked by a steady growth, SP-Arte has achieved a leading position in Latin America, and is renowned for its rigorous selection process and criterion for presenting the world’s most important galleries and for its growing diverse parallel agenda including the participation of museums and cultural spaces.
Share
../../../components/articles_grid/view.coffee