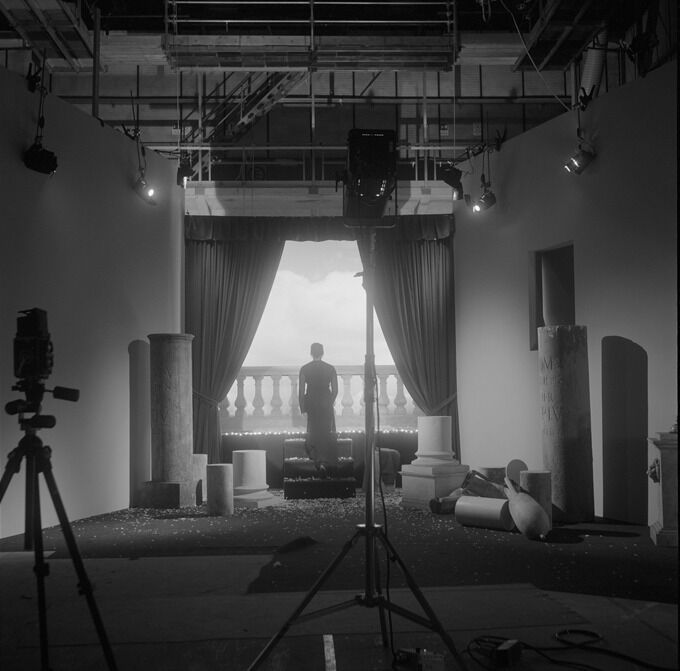 Carrie Mae Weems
When and Where I Enter, 2006
BAM 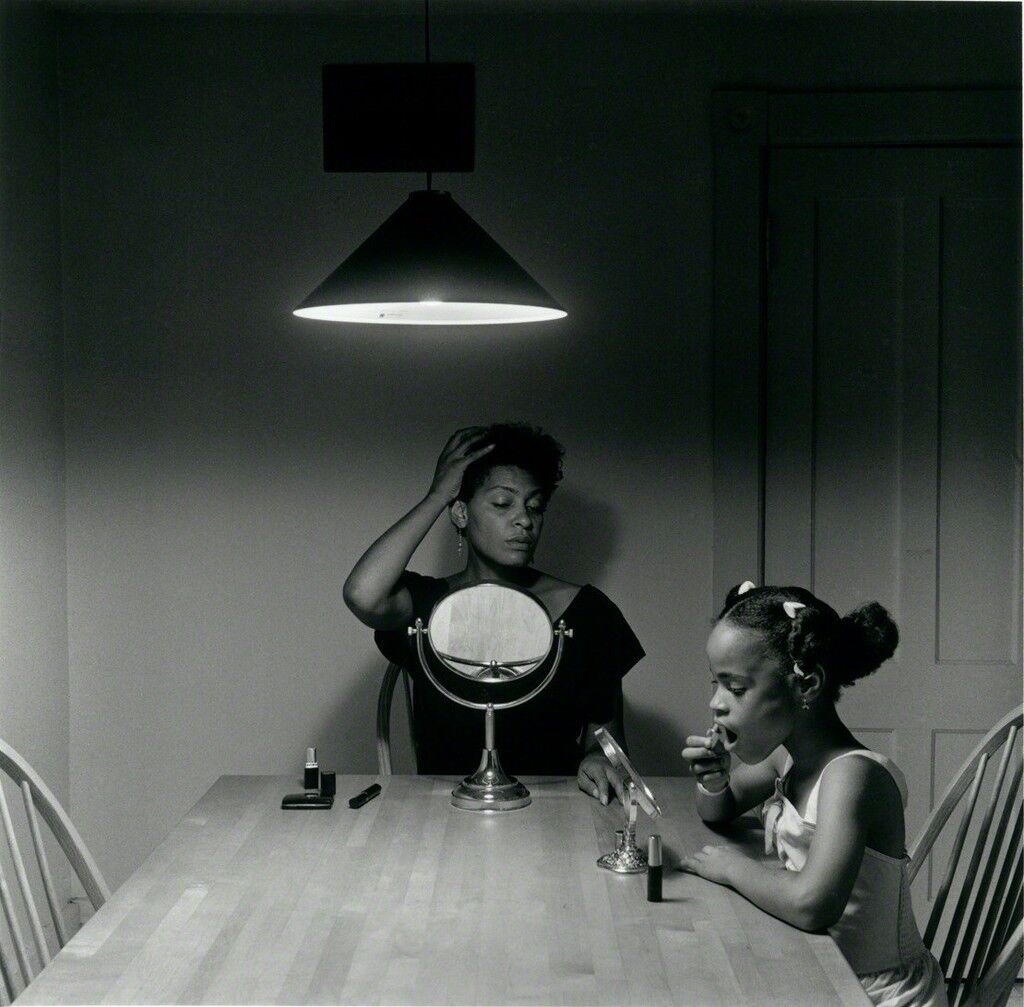 Carrie Mae Weems
Untitled, from the Kitchen Table Series, 1990-2010
Light Work
Maybe the most misunderstood of all art terms, mise-en-scène is used widely in film and art criticism, but it’s a tricky one to pin down with a singular definition. Indeed the renowned filmmaker Jean-Luc Godard once claimed the concept didn’t exist, then went on later to describe it as “seeing the invisible.”
First used in theater around the year 1833, this French compound literally translates to “placing on stage,” or “putting on stage,” and originally referred to all the visual effects overseen by a theater director—including compositional design, lighting, and the placement of actors. In other words, all of the visual features that set the scene, combining to form an atmosphere and sense of
time
and space.

Alex Prager
Simi Valley, 2014
Aperture Benefit Auction 2014
Nowadays you might just as easily come across a description of a film’s mise-en-scène, referring to its look and feel, including framing and camera angles, with the metteur-en-scene, literally the “putter on stage,” referring to the director or auteur.
It can also apply to other forms of visual art; Roberta Smith, describing an exhibition of the Russian conceptual artist
Ilya Kabakov
’s work, once wrote, “This mise-en-scène exists in an eerie double time, evoking both the power of the former Soviet Union and the chaos that has overtaken its weakened components, now disunited.” Here’s Jerry Saltz using the term to describe one of
Bjarne Melgaard
’s chaotic, menacing installations at Gavin Brown’s Enterprise in 2013: “The mise-en-scène is some sex club for night hunters, fashion freaks, and those with toxic blood or addictions to
kitsch
.” 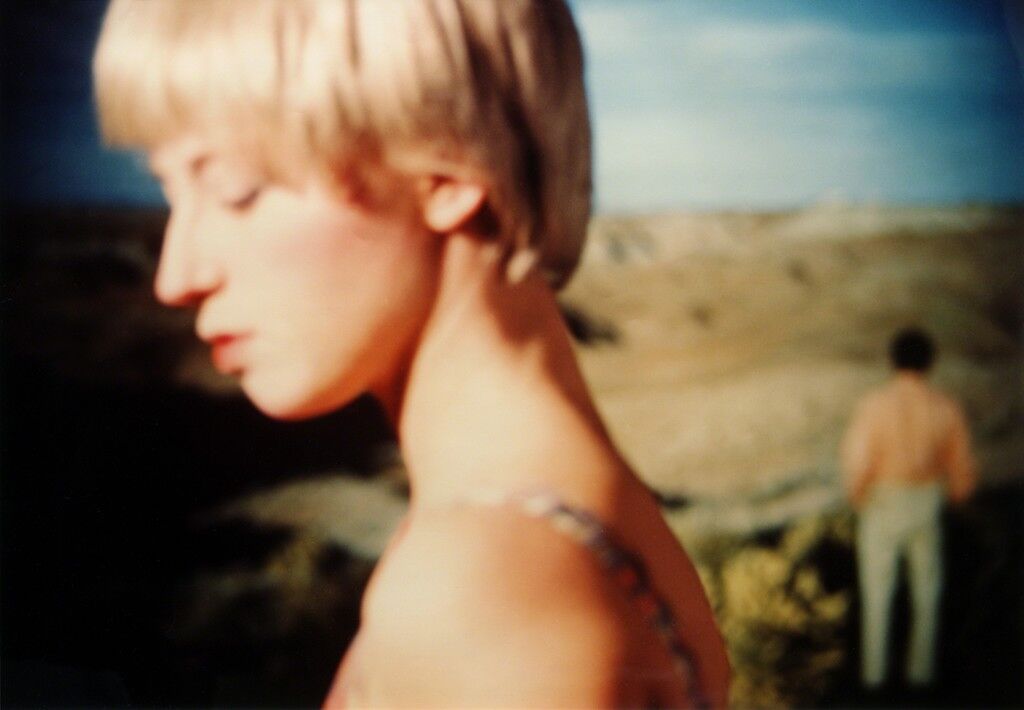 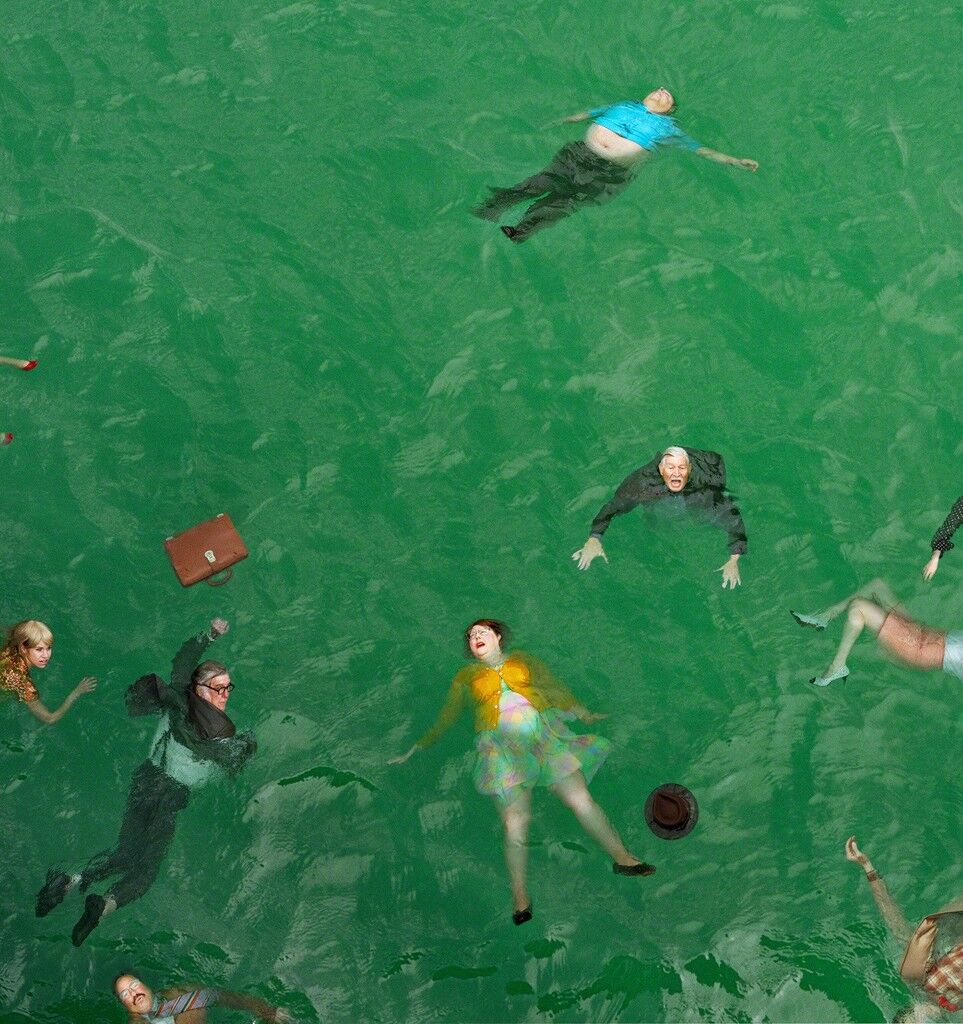 Alex Prager
3:14 pm, Pacific Ocean, 2012
M+B
Advertisement
It’s a particularly apt turn of phrase when parsing work by
photographers
of a
cinematic
persuasion, artists who
stage scenes
and point toward loaded
narratives
, or directors who exercise auteurial control over all of the visual elements of a film.
In her “Kitchen Table” series of photographs,
Carrie Mae Weems
takes as her mise-en-scène a family kitchen table, staging tableaux that wryly comment on
racial
and
gender
stereotypes and undercut
social documentary
, calling attention to the constructed, objectifying nature of photographic imagery.
Cindy Sherman
, the reigning queen of staged photography, is famous for creating and embodying an encyclopedic range of characters and scenes, shot in various styles, while
Alex Prager
’s eery, retro photographs rely, in part, on their detailed mise-en-scènes to dictate the tone and atmosphere of scenes that are otherwise deeply ambiguous.
Read the previous post in this series, Decoding Artspeak: Figure & Ground
Related Stories