Beyond the Gesamtkunstwerk: 6 German Art Terms You Should Know

Jessica Backus
Jun 24, 2016 6:09pm
There is a saying among Egyptologists that ancient Egypt had five major dialects, and German is the sixth. German scholars have played an outsized role in the field of art history since its advent in the 18th century, leading many excavations of antiquities and contributing foundational texts to the discipline. The German language is famously conducive to compound nouns and it’s no surprise that, when proposing new ideas, German art historians also proposed neologisms to encapsulate them.
During World War II, many of these scholars emigrated to the United States, bringing their intellectual traditions with them and cementing some of these ideas in the canon of art history. Below, from most common to most obscure, we break down six terms that have shaped the ways we talk about—and understand—art. 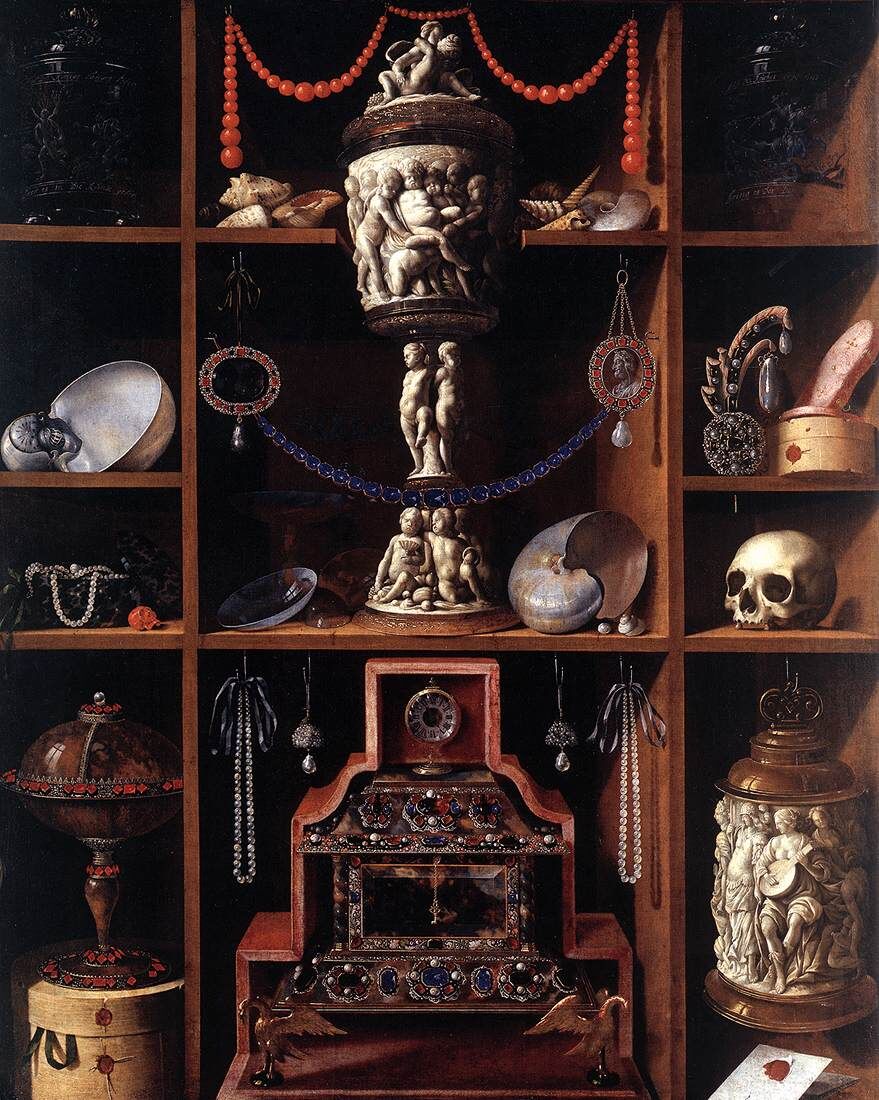 The “cabinet of curiosities” emerged as a proto-museum in the 16th century, as European royalty were exposed to exotic discoveries through naval exploration and scientific inquiry. These collections comprised two types of objects—naturalia, or natural specimens, and artificialia, objects made by humans (“material culture” in today’s parlance).
Despite their hodge-podge nature and general lack of an organizing principle, the impetus behind these collections would ultimately lead to the birth of natural history museums and art museums. In contemporary art, examples of wunderkammer-inspired works include Rosemarie Trockel’s 2013 retrospective at New York’s New Museum, for which the artist brought together three floors’ worth of objects ranging from outsider art to dried plant species and skeletons, and the Musée de la Chasse et de la Nature in Paris, which provocatively blends contemporary artworks and 17th-century collections of taxidermy and art objects. 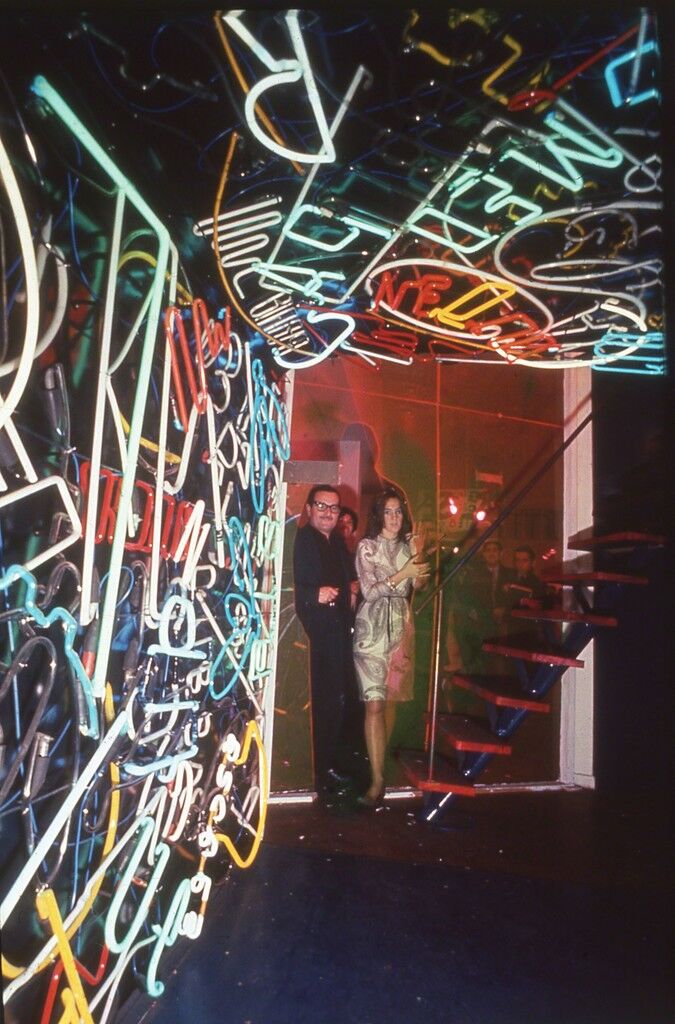 Marta Minujin
La Menesunda - archive-, 1965
Museo de Arte Moderno de Buenos Aires
Advertisement
Meaning “total work of art,” this term is closely associated with the 19th-century composer Richard Wagner, whose elaborate operas set a new standard for epic performance (his “Ring” cycle clocks in at 15 hours). Wagner intended his performances to fully synthesize different forms of art—music and drama—into a larger-than-life whole.
Wagner’s ideas fell into disrepute due to his association with Nazism (he was one of Hitler’s favorite composers), but today, the Gesamtkunstwerk is a less politically loaded term used to describe artworks that unite different art forms, often resulting in immersive experiences. An early embodiment of this idea was the 20th-century
Art Nouveau
style, which merged interior design, furniture, and fine art. The multi-media installations so ubiquitous in contemporary art—such as
Marta Minujin
’s raucous performance installations—are arguably indebted to the idea of the gesamtkunstwerk. 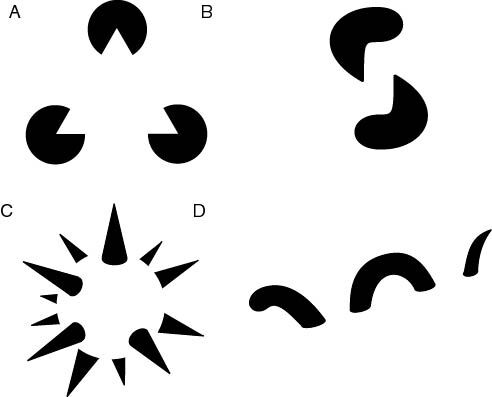 Demonstration of reification in perception from Lehar S. (2003). The World In Your Head, Lawrence Erlbaum, Mahwah, NJ. Image via Wikimedia Commons.

Best known to English speakers from Gestalt psychology, Gestalt loosely translates as “form.” Gestalt theory emerged among a number of German psychologists and philosophers, including Max Wertheimer and Edmund Husserl in the early 20th century, to describe human cognition.
Its most lasting contributions have been in the realm of visual perception, explaining the visual phenomena that underlie optical illusions—some models of which have since been validated by neuroscience. Principles of Gestalt theory have found their way into the fundamentals of graphic design thanks to the German psychologist Rudolf Arnheim, whose 1954 book Art and Visual Perception: A Psychology of the Creative Eye is now a canonical text for budding art historians and designers. 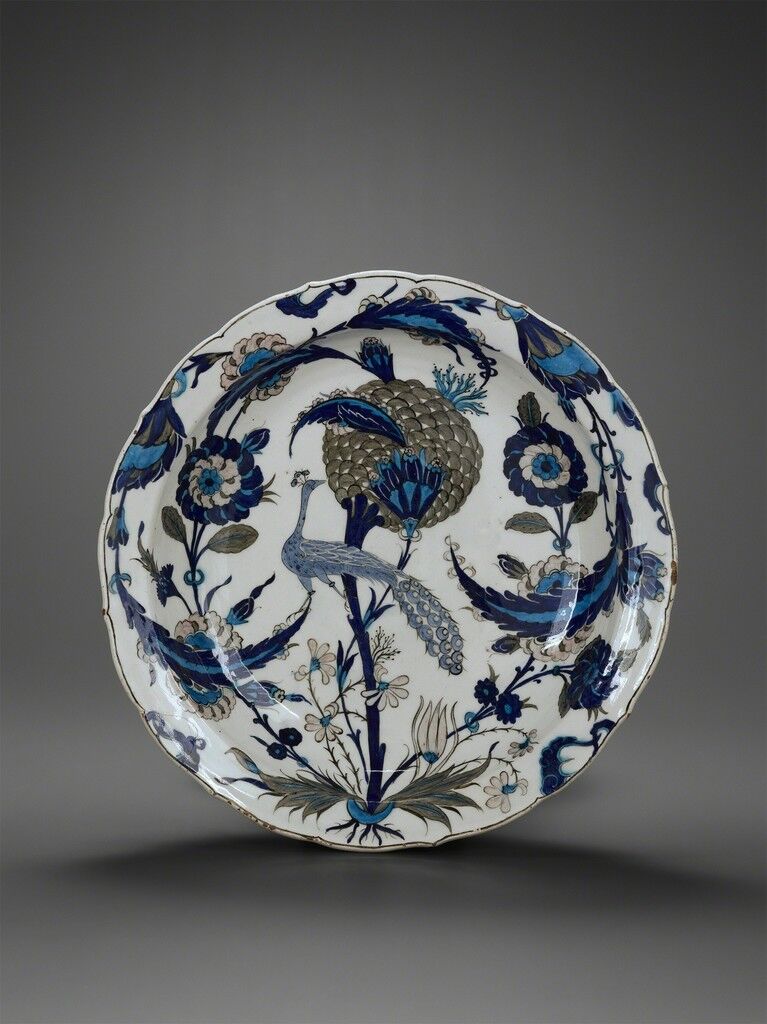 Plat au paon (Plate with peacock), 16th century
Musée du Louvre
When the
Vienna Secession
building—an anti-establishment platform for progressive artists—opened its doors to the public in 1897, it proclaimed its guiding ethos in a gilded inscription above the entrance: “To each age its art, to art its freedom.” The novel idea of a free, autonomous realm for art recalls the Austrian art historian Alois Riegl’s concept of Kunstwollen. Often translated as a “will to art,” the term basically means the zeitgeist—another great German term—of art.
In his 1893 treatise, Riegel introduced the term but failed to define it, leaving its true meaning fair game for countless generations of art history graduate students to expound on. Most seem to agree that Riegl understood the Kunstwollen as the artistic expression of some fundamental spirit of an age, such as the tendency toward
arabesque
curves in
Islamic art
. 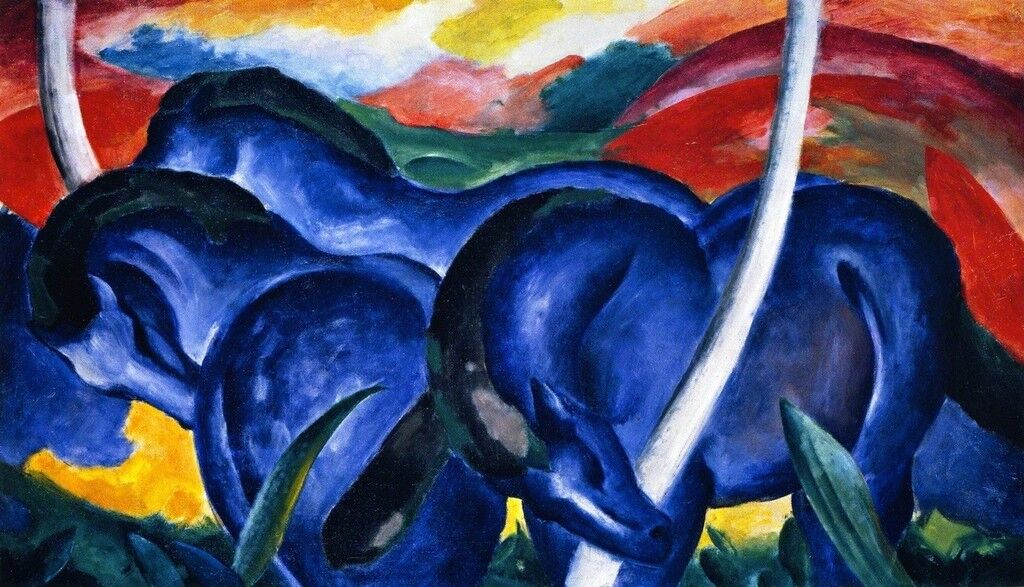 Franz Marc
The Large Blue Horses, 1911
Walker Art Center, Minneapolis
While Einfühlung is quite easy to translate into English, the German is much more evocative (literally, “feeling into” or “enfeeling”), a fact Wilhelm Worringer relied on to flesh out his ideas on abstract art in his influential doctoral thesis from 1907, “Abstraktion und Einfuhlung” (“abstraction and empathy”). As abstract art was still radical, viewed by many as an aberration, Worringer aimed to provide theoretical justification for this new art. Writing about the budding
Expressionism
movement, Worringer argued that art, whether figurative or abstract, was in essence an expression of the self, its aim being to evoke empathy in the viewer. 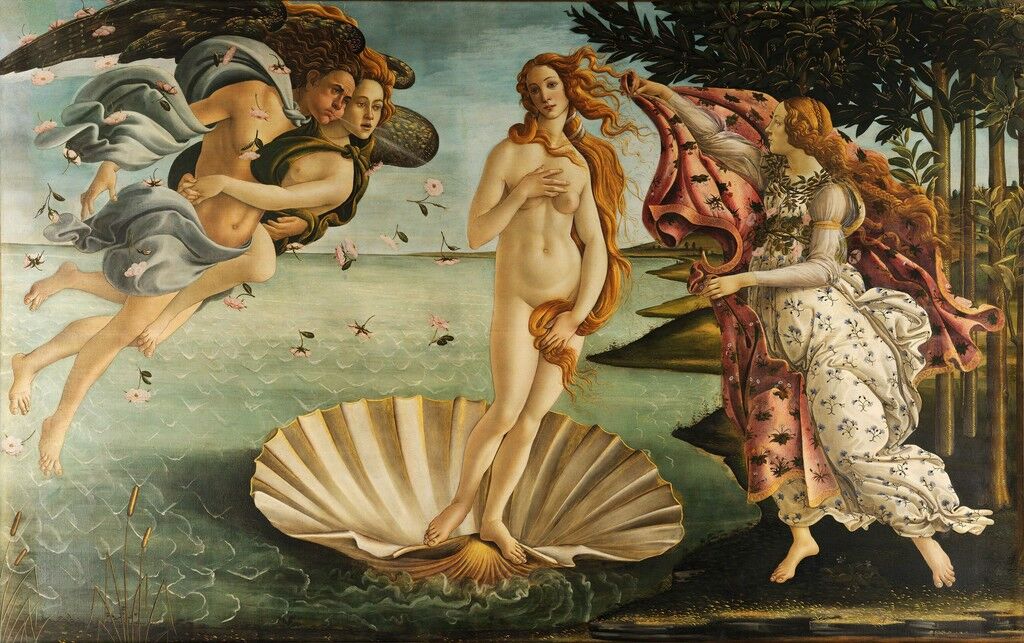 Alessandro Filipepi, called Sandro Botticelli
The Birth of Venus, ca. 1486
Uffizi Gallery, Florence
Coined by the psychologist Richard Semon in the early 20th century, the “engram” was translated into the art context by the German cultural historian Aby Warburg. Semon was interested in how memories form in the brain, and engrams were essentially his explanation for the way in which traces of memory become physically encoded. Warburg, best known for his massive, unfinished image atlas project called Mnemosyne, as well as the library and art institute that bear his name in London, expanded Semon’s concept of individual memory to collective memory.
Engrams thus became a type of visual repository for the psychology of a time, like a visual symbol or work of art. Though Warburg’s ideas remain inscrutable in many ways, in part because he never finished his project, he is often considered the first practitioner of “visual studies”—a field founded on the idea that all aspects of visual culture, not only “high” art, contain important insights into a place and time.

The Neuroscience of Op Art 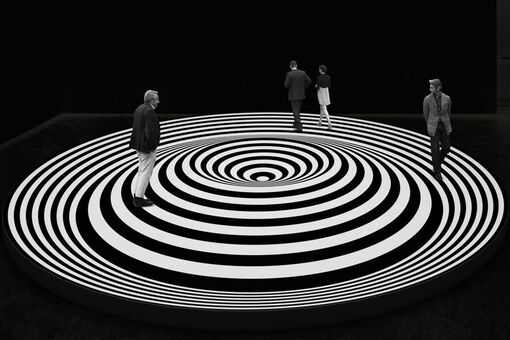 The Neuroscience of Op Art
Sarah Gottesman
May 27, 2016