Looking Back at the Impact of Black Mountain College 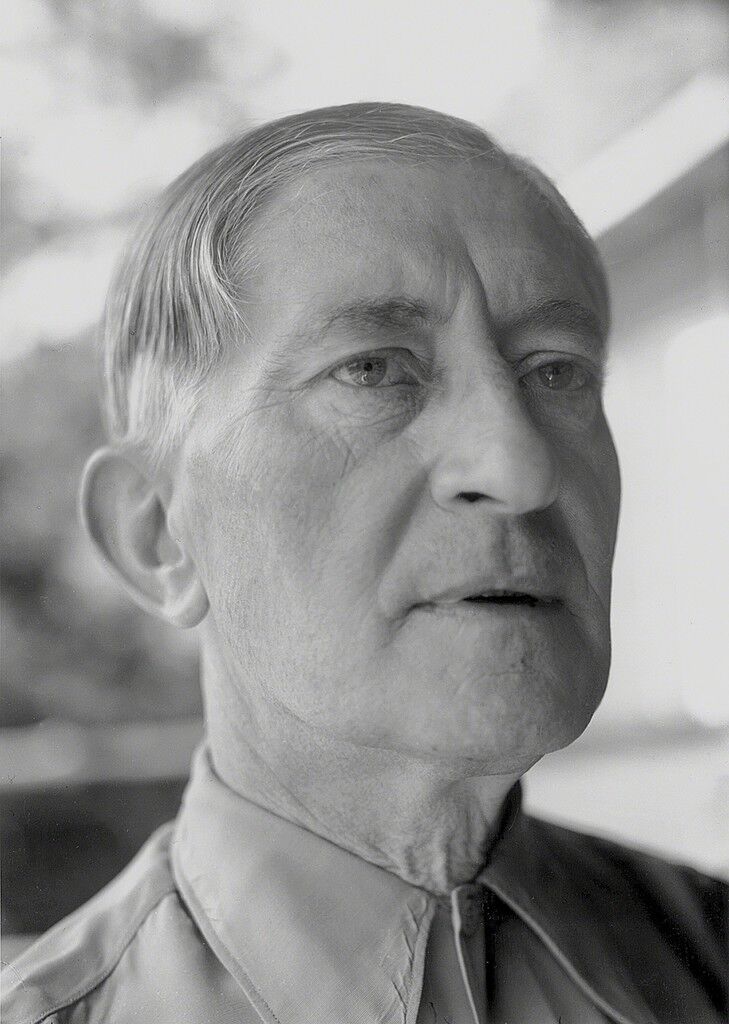 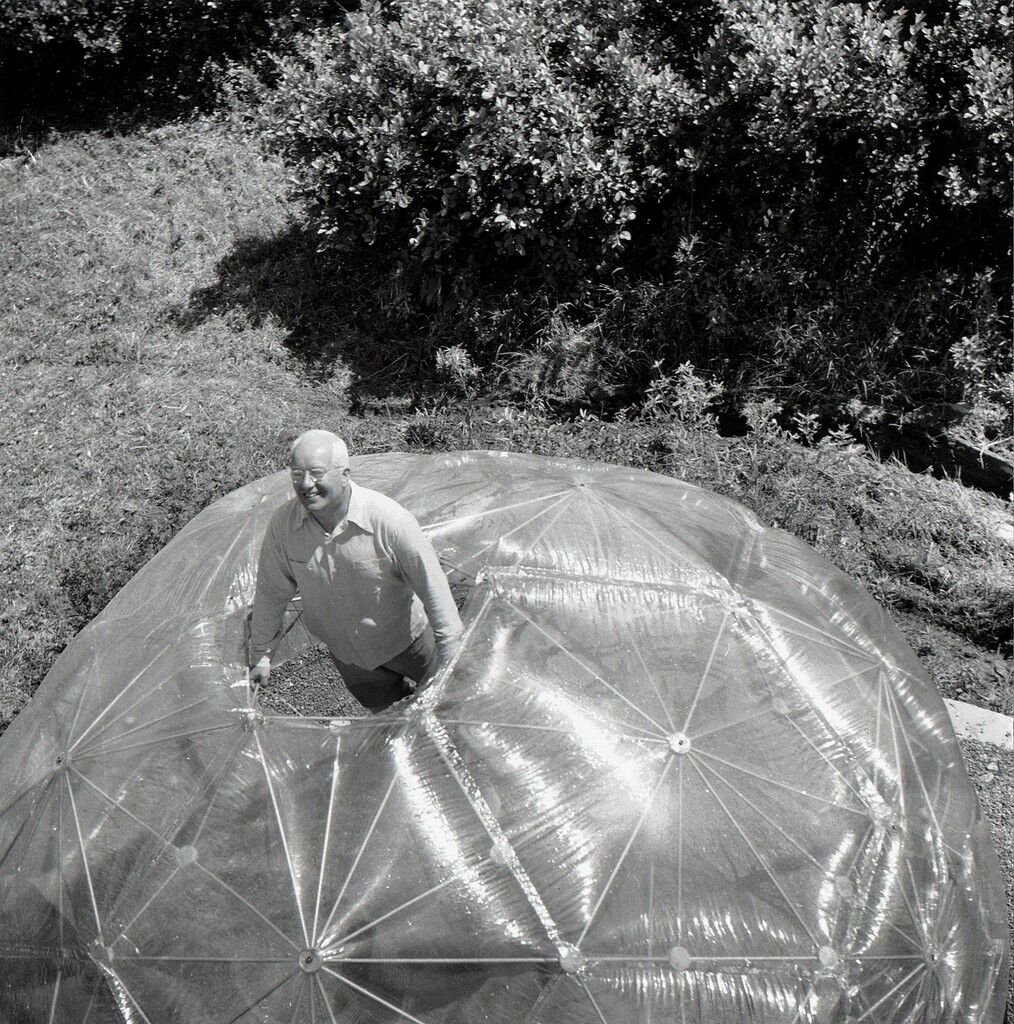 Buckminster Fuller inside His Geodesic Dome, 1949
"Leap Before You Look: Black Mountain College 1933-1957" at ICA Boston
Among the now-iconic roster of names to have served as faculty members are
Walter Gropius
(founder of the
Bauhaus
),
Willem de Kooning
,
R. Buckminster (“Bucky”) Fuller
, Robert Creely,
Franz Kline
,
Jacob Lawrence
,
Robert Motherwell
, Merce Cunningham,
John Cage
, and
John Chamberlain
, who was also a student there. In its opening year
Josef
and
Anni Albers
taught art and weaving, respectively, having left Germany after the Nazis closed the equally storied institution, the Bauhaus, that same year.Albert Einstein and Clement Greenberg gave lectures, and
Robert Rauschenberg
,
Kenneth Noland
, and
Ray Johnson
were among the numerous artists who emerged from the school.

“The community at Black Mountain was forged as much in the beautiful rural isolation of its location in Black Mountain, North Carolina... as by the progressive values of its founders.”

The founding faculty were influenced by the ideas of  the educational reformer John Dewey, who would serve as a member of Black Mountain’s advisory council, alongside Gropius, Kline, Carl Jung, and Einstein. Dewey advocated for teachers—not administrators or ostensible experts—to share responsibility for curriculum development and decision making. Thus, the college was owned, administered, and controlled by the faculty, a model similar to that at Oxford and Cambridge, and run as a community of faculty and students. 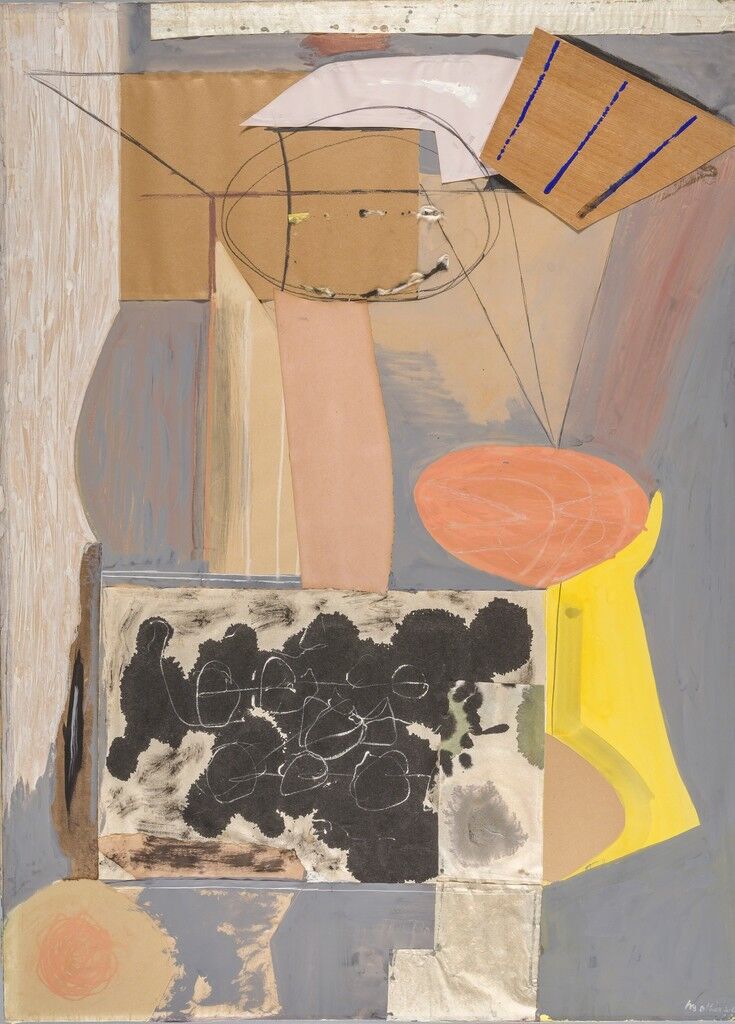 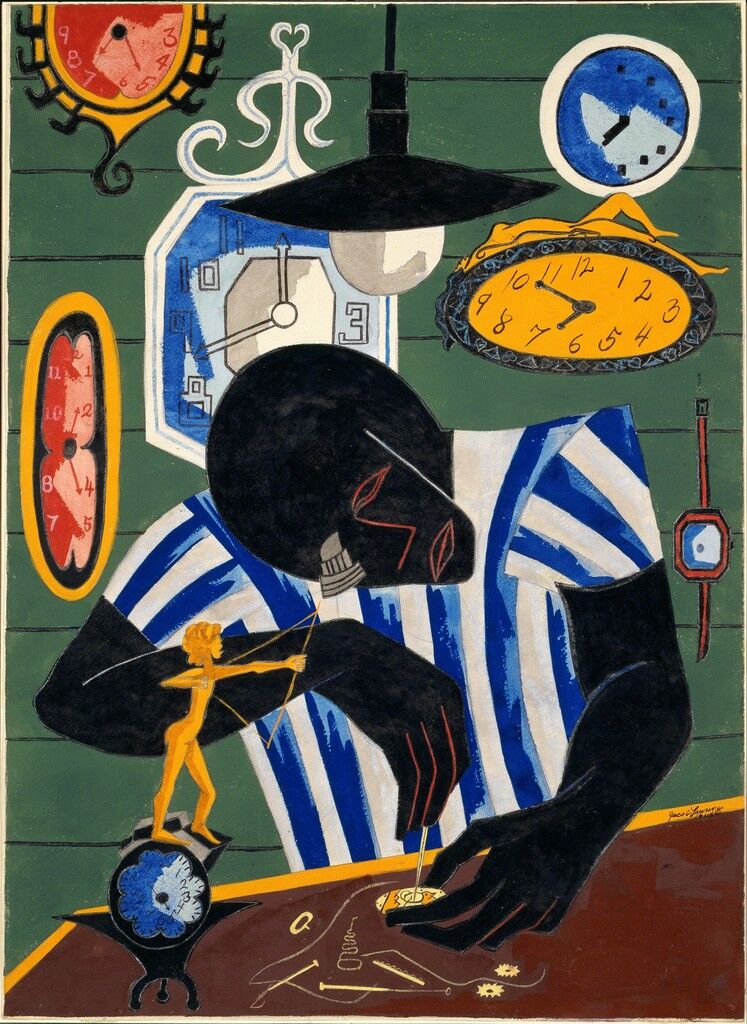 Watchmaker, 1946
"Leap Before You Look: Black Mountain College 1933-1957" at ICA Boston
The community at Black Mountain was forged as much in the beautiful rural isolation of its location in Black Mountain, North Carolina (the college moved from its original campus, the YMCA Blue Ridge Assembly, to the shores of Lake Eden in 1941), as by the progressive values of its founders. When they arose, issues were resolved via community meetings of faculty and students. Both students and faculty were responsible for general maintenance, including the serving of meals, which were eaten communally in the dining hall. Unusually for schools of the period, Black Mountain admitted men and women. Equally progressive, and perhaps a little shocking in the context of further education today, students at Black Mountain were responsible for their own education. Each student designed their studies with an advisor and no letter grades were awarded (this was later changed in order to facilitate the transfer of credits but students were still not made aware of them).
Although it was not exclusively devoted to the arts, Black Mountain emphasized the importance of the study and practice of the arts in a liberal education. They formed a core part of the curriculum rather than being offered as extracurricular courses, which was more commonly the case. 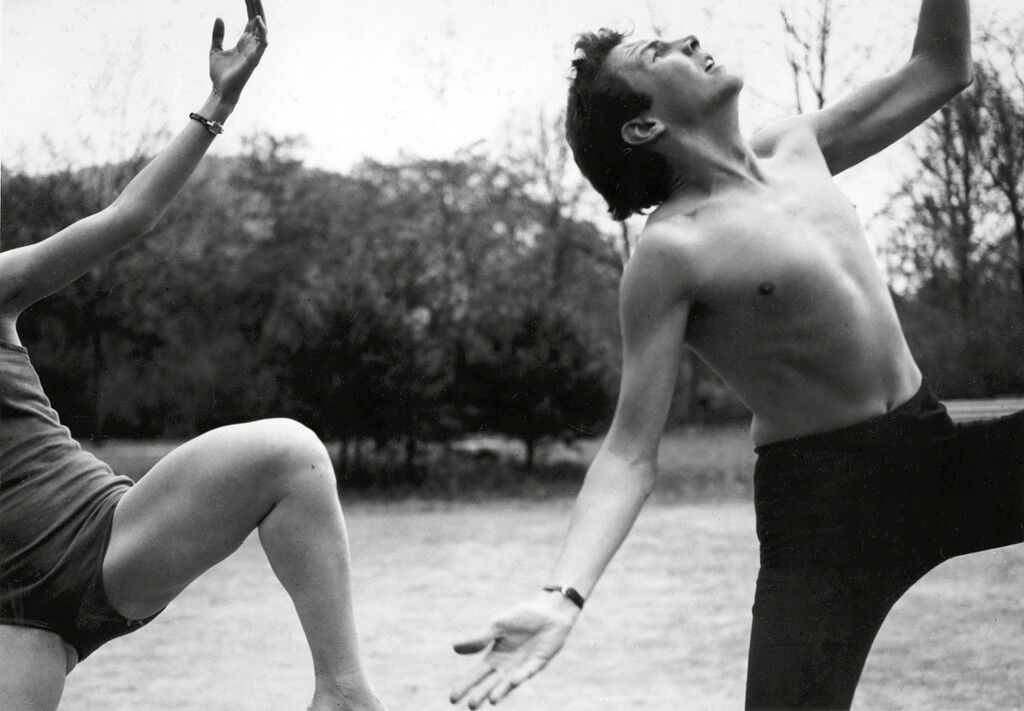 Elizabeth Schmitt Jennerjahn and Robert Rauschenberg, c. 1952
"Leap Before You Look: Black Mountain College 1933-1957" at ICA Boston
In 1944 the college established summer music and arts institutes. Buckminster Fuller taught alongside composer John Cage and choreographer Merce Cunningham in the summer session of 1948, going on to serve as the Summer Institute Director in 1949; it was at Black Mountain that he began work on his geodesic dome. It was a particularly innovative performance organized by Cage during one of these summer sessions in the 1950s that cemented Black Mountain college’s legacy.

“Charles Olson and M.C. Richards read poetry from a ladder; Robert Rauschenberg’s ‘White Paintings’ were hung from the ceiling... and Merce Cunningham danced, at one point followed by a dog.”

Cage and Cunningham returned to teach during the summer of 1952 (and again in the summer of 1953 at which time Cunningham founded the Merce Cunningham Dance Company). In the summer of 1952, Cage staged the radical event that was subsequently described (by
Allan Kaprow
) as the first “
happening
.” Later entitled Theatre Piece No. 1, it was to be hugely influential on artistic and performance practices in the 1950s, ’60s, and beyond. (This legacy should, arguably, be shared between Black Mountain and the New School for Social Research in New York, where Cage taught his course in Experimental Composition in the 1950s; the course was attended by many of the artists who came to be associated with the groundbreaking
Fluxus
movement, including Allan Kaprow, Jackson Mac Low,
Al Hansen
,
George Brecht
,
Dick Higgins
, and La Monte Young). 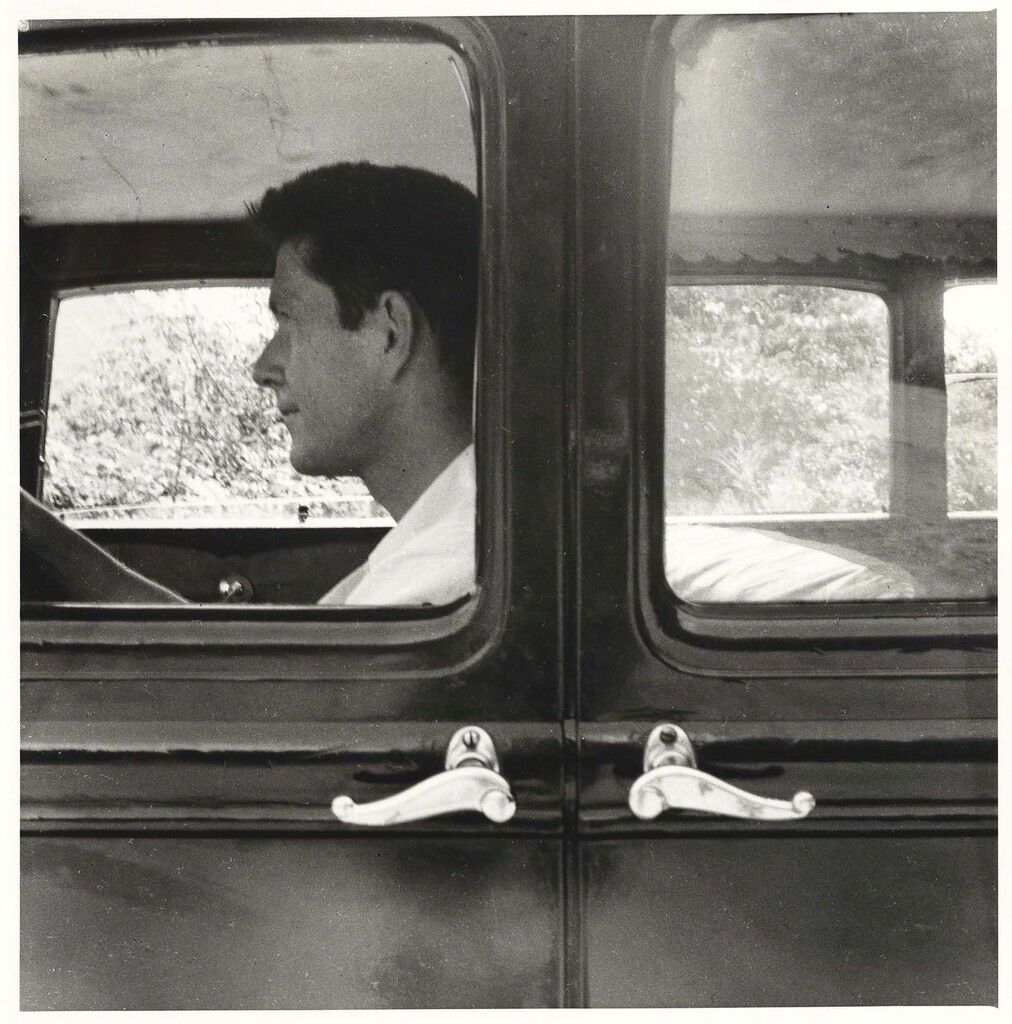 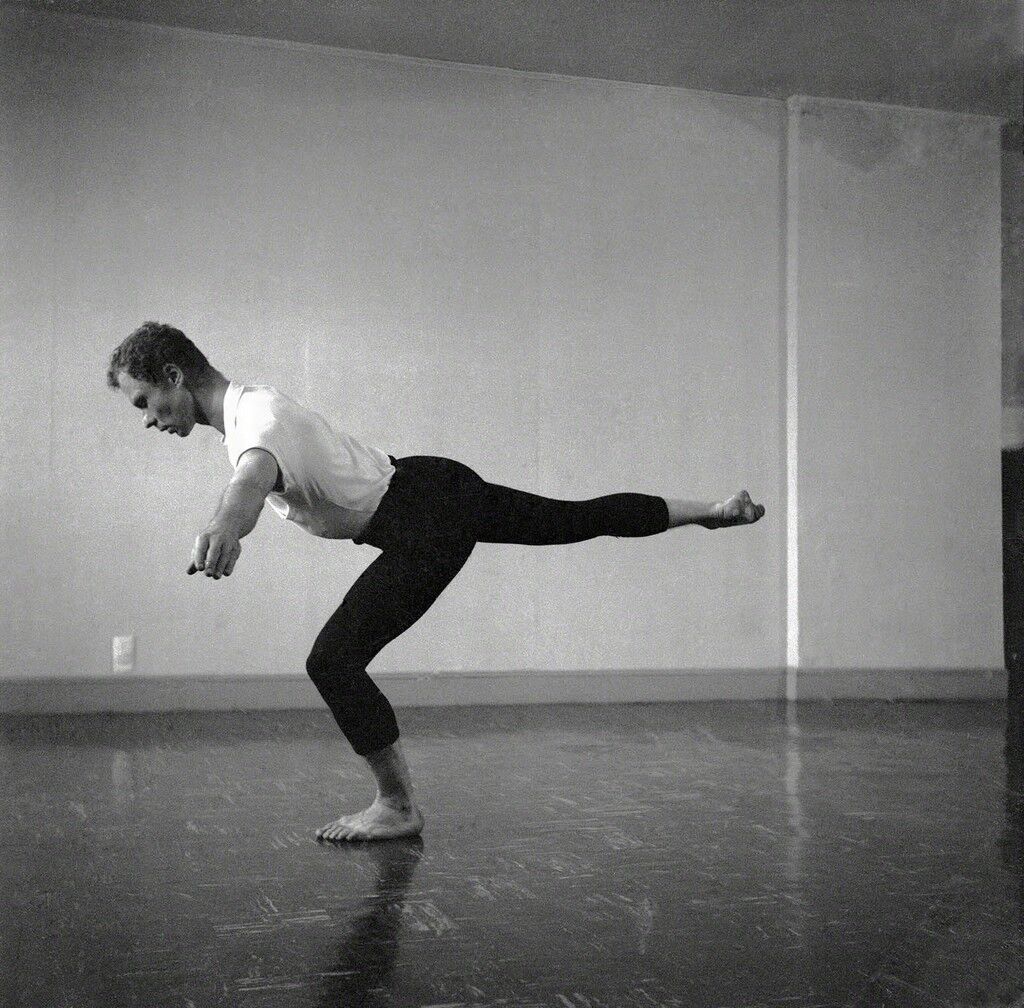 Untitled [Merce (III)], 1953
Robert Rauschenberg Foundation
Accounts of Theatre Piece No. 1 vary. Most acknowledge that the performance was structured using time brackets that Cage arrived at via his chance operations technique, and that it was otherwise indeterminate and interdisciplinary. Cage lectured throughout; David Tudor played the piano, though what he performed is uncertain; Charles Olson and M.C. Richards read poetry from a ladder;
Robert Rauschenberg
’s “White Paintings” were hung from the ceiling and he played records on an old wind-up phonograph; film and slides were projected on opposing walls and possibly on Rauschenberg’s paintings; and Merce Cunningham danced, at one point followed by a dog. The performance ended when coffee was served in the cups distributed prior to the performance. Reactions from the audience at the time were mixed; its legendary status accorded only later. In this, as in its speedy conception (Cage recalled having the idea for the performance one afternoon after lunch and staging it the same evening) Theatre Piece No. 1 parallels Black Mountain College itself.
Writing about the New York art scene in the 1950’s the composer Morton Feldman said: “What was great about the fifties is that for one brief moment—maybe, say, six weeks—nobody understood art. That’s why it all happened. Because for a short while, these people were left alone.” In its isolation in North Carolina Black Mountain’s greatest achievement might have been to extend this six weeks to a couple of decades; its greatest legacy, the reminder that it’s possible to learn, make, and think another way.
—Victoria Miguel
“Leap Before You Look: Black Mountain College 1933-1957,” is on view at ICA Boston, Oct. 10, 2015–Jan. 24, 2016.
Follow ICA Boston on Artsy.
Related Stories 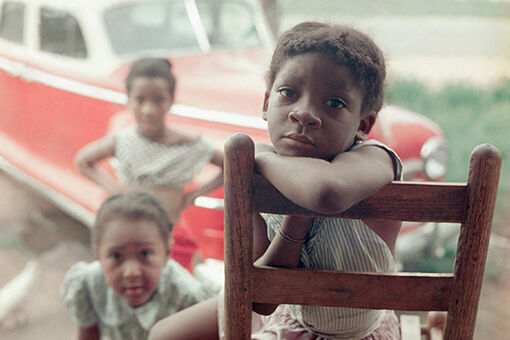 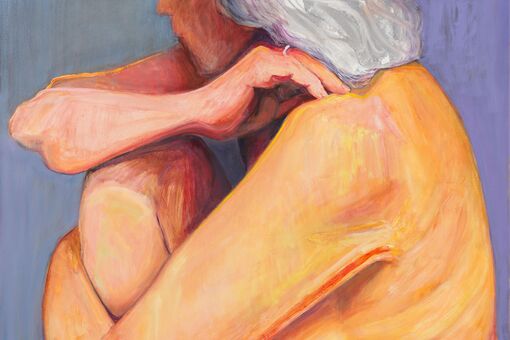 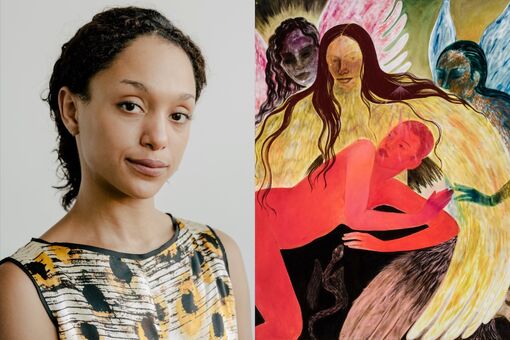