The Code of Hammurabi 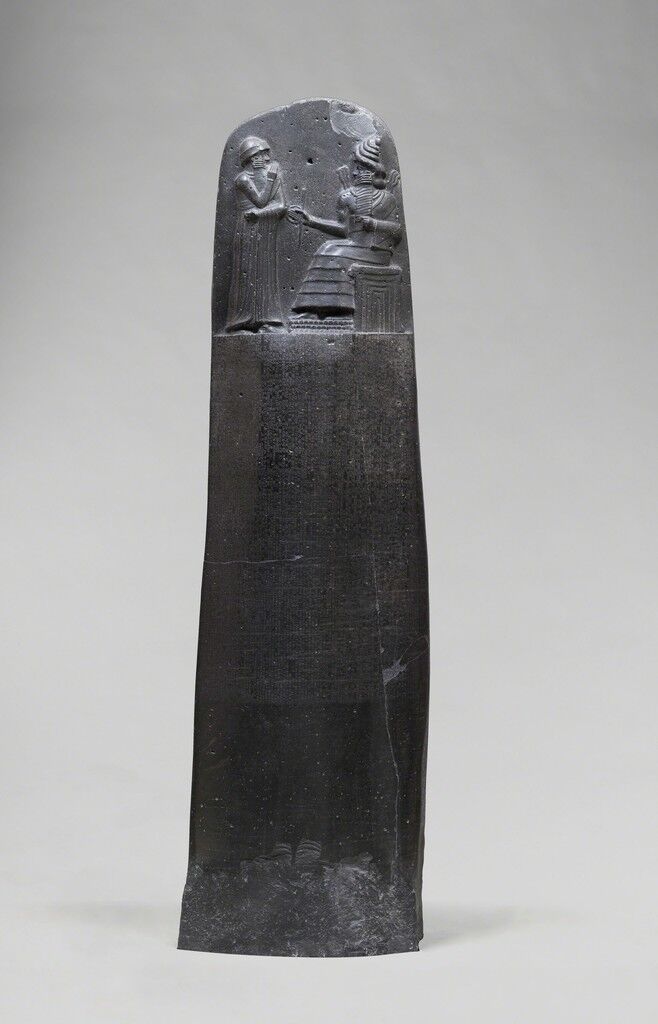 Code de Hammurabi, Roi de Babylone (Code of Hammurabi, King of Babylon), ca. 1792-1750 B.C.. Musée du Louvre
Created by King Hammurabi of Babylon in the 18th century BC, The Code of Hammurabi is an artifact of Ancient Mesopotamia and is one of the oldest and most influential written laws on record. Inscribed on a seven foot tall pillar is a set of 282 laws the king created in order to unify control over Babylon and the 50 square miles of territory he ruled. Depicted at the top of the stele is the image of the king himself receiving the laws from Shamash, the Mesopotamian god of the sun and justice who, as the preface describes, chose the king as the purveyor of a divine justice.
It is considered “the most complete legal compendium of Antiquity” but wasn’t actually discovered until the 20th century when French archaeologists unearthed it in the ancient city of Susa, Iran in 1901. By present-day standards, the 282 laws included in the code were repressive—laws were applied differently by gender and social class and penalties included extremely violent punishment—but some were also surprisingly progressive. For example, Hammurabi put forth one of the earliest forms of minimum wage for workers and set the valuable legal precedent for “innocent until proven guilty”. An interesting fact, “An eye for an eye ...” is actually a common paraphrase from Hammurabi's Code.
—The Art Genome Project
Share
../../../components/articles_grid/view.coffee