Untitled, Art’s first show in the Bay Area will bring together a diverse selection of 50 leading international exhibitors from ten countries. This carefully curated selection of exhibitors will be presented in a striking, architecturally-designed build out of the iconic Pier 70 in Dogpatch, the upcoming arts neighborhood. Untitled, San Francisco will be a long-term platform for contemporary art that brings a dynamic mix of top galleries to the Bay Area, offering a unique opportunity for cultural exchange between the global arts community and the vibrant, evolving creative hub that is San Francisco. Untitled, San Francisco will take place from January 13 – 15, 2017.

Omar López-Chahoud has been the Artistic Director and Curator of Untitled since its founding in 2012. As an independent curator, López-Chahoud has curated and co-curated numerous exhibitions in the United States and internationally. He curated the Nicaraguan Biennial in March 2014 and has participated in curatorial panel discussions at Artists’ Space, Art in General, MoMA PS1, and the Whitney Museum of American Art in New York City. He is currently a member of the Bronx Museum Acquisitions Committee. López-Chahoud earned MFAs from Yale University School of Art, and the Royal Academy of Art in London.
Curators  Christophe Boutin and Melanie Scarciglia co-founded the distinguished publishing houses onestar press and Three Star Books in Paris the years 2000 and 2007, respectively. They have worked with artists such as Tauba Auerbach, Maurizio Cattelan, Dominique Gonzalez- Foerster, Jonathan Monk, Simon Starling, Lawrence Weiner and others to publish over 300 limited artist’s book editions since the inception of their two publishing houses. They have also worked with the Centre Pompidou (Paris) to curate BOOK MACHINE (Paris), a three-week engagement of performances and conferences focusing on artists’ book publishing. Boutin and Scarciglia join Untitled in 2014 as part of the Curatorial team.

Ogrydziak Prillinger Architects is a progressive San Francisco-based office that has been globally recognized for projects ranging in scale from institutions to private homes, as well as interior and object design. Founded in 2004, OPA is an idea-driven office committed to finding design solutions that both expand the possibilities inherent in architecture and resonate within their particular context. While every project originates as a response to specific requirements of site, program and client, it evolves as an exploration of its own internal potential rather than reflecting a predetermined architectural style. In all the work, there is an emphasis on shaping and choreographing spatial experiences through the consideration of movement, perception and formal logic. As a result, the work is distinctive for its conceptual clarity and strong visual presence.

OK-RM is a design studio working in the fields of art, culture  and commerce. Founded in 2008 by Oliver Knight and Rory McGrath, the studio is a collaborative practice engaged in ongoing partnerships with artists, curators, editors, architects, designers and institutions. 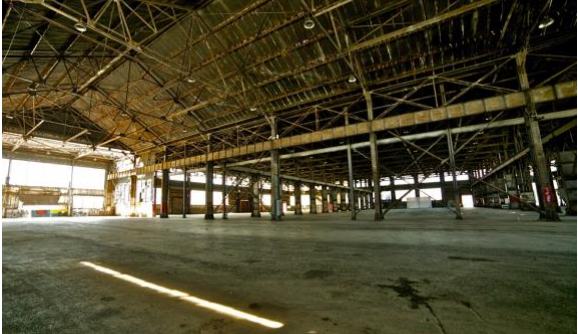