Utilizing the fair’s unique, industrial space at Pier 70 in the Dogpatch area of the city, Untitled, Monuments will present a selection of large-scale, site-specific works of art by leading international artists, several of whom are showing in San Francisco for the first time. In keeping with Untitled, Art’s mission to bring together the best artists from around the world in an inclusive, curated setting, Untitled, Monuments is proud to give such a dynamic range of exhibitors and artists the opportunity to realize ambitious works on a scale not usually accommodated by the traditional art fair setting. The inaugural edition of Untitled, San Francisco will take place from January 13-15, 2017. 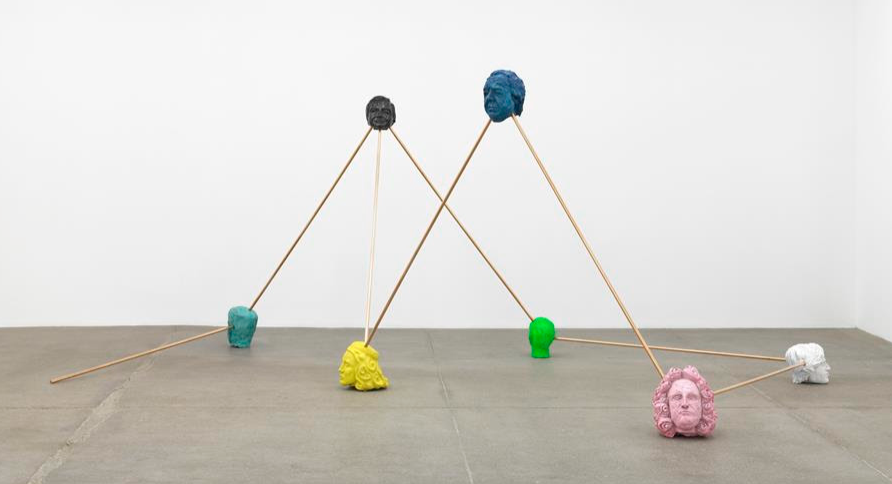 Untitled, Monuments, 2017, will include works by established and next generation artists including Ann Iren Buan, Parker Ito, Goshka Macuga, Jared Madere, Amba Sayal-Bennett and Leo Villareal.
Ann Iren Buan’s (born 1984, Stjørdal, Norway) Drifters (2015) is an ongoing series of large-scale paper sculptures that will hang from the ceiling on leather straps. The sculptures consist of layered sheets of paper, treated with pastel, chalk and pigment, that are drawn over, sanded down and torn, creating a leathery, rough surface that achieves a balance between fragility and monumentality. Drifters is presented by Prosjektrom Normanns, a non-profit exhibition space located in Stavanger, Norway.
Los Angeles-based gallery Château Shatto will present The Western Exterminator, a series of bronze sculptures by Parker Ito (born 1986, Ventura, California) based on the Western Exterminator character – a ubiquitous mascot employed by an extermination company in California. Also referred to as 'Little Man', the figure first appeared in the 1930s and has had a persistent presence on Californian highways ever since. Each of Ito’s sculptures renders the mascot’s form uniquely, manipulating its form by melting, chopping, puncturing and recomposing the figure and applying a different finish to each, including chrome and gold plating, iridescent automotive paints, rubberized paints, classical bronze patinas and hydro dipping.
Andrew Kreps Gallery (New York) will present International Institute of Intellectual Cooperation, Configuration 28, Technology's Awakening by Goshka Macuga (born 1967, Warsaw, Poland). Part of an ongoing, large-scale sculptural series, the work imagines an encounter between a wide-ranging group of thinkers. Taking the original Institute of the same name, which was founded in the 1920s as an intellectual advisory body to the United Nations, as a starting point, the series spans histories and numerous disciplines, including artists, philosophers, mathematicians, and spiritualists – all of whom have influenced our understanding of the complexities of human nature. Each configuration, in turn, proposes a trans-historical conversation between those who have contributed to similar topics of thought across various moments in time. 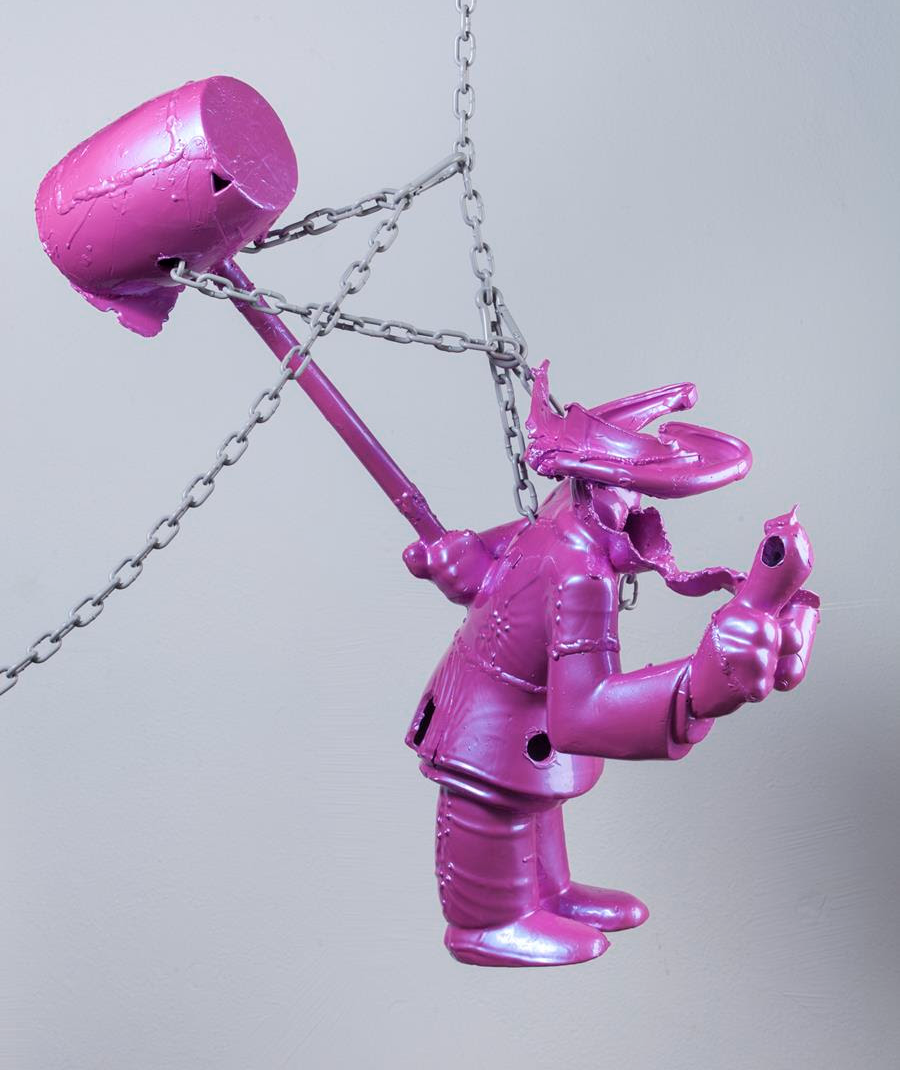 David Lewis (New York) will present two new large-scale works by New York-based artist Jared Madere (born 1986, New York, New York). Madere’s sculptural and installation-based works are assembled and grouped in a manner that emphasizes their material connections to society, economics, industry, and human emotion. The sculptures presented at Untitled, Monuments will be created from cast vinyl and mirror polished stainless steel.
London-based artist Amba Sayal-Bennett (born 1991, London, UK) will develop a new site-specific work that investigates the creative potential of the transposition of elements across different media. The artist will create a new series of drawings printed on acetate that will be layered and projected by an overhead projector and then obscured in sections by various materials in order to alter the drawings and explore how they change through this process. Amba Sayal-Bennett is presented by Nathalie Karg Gallery (New York).
Leo Villareal (born 1967, Albuquerque, New Mexico) returns to the Bay Area with Diamond Sea, a large-scale work that utilizes white LEDs, echoing the software created for The Bay Lights – Villareal’s monumental light sculpture installed on the Bay Bridge. Diamond Sea characterizes the artist’s interest in minimalism, architecture, perceptions of time and the interpretation of emotional states through the use of light. Villareal’s’ Diamond Sea is presented by Sandra Gering Inc. (New York).
Untitled, Art has garnered a reputation for its commitment to creating an architecturally-designed and visually-dynamic environment for the fair. This approach continues in San Francisco with Untitled’s commission of the award-winning San Francisco-based firm Ogrydziak Prillinger Architects (OPA), who have been recognized for their designs for private residences, institutions, and a collaborative site-specific installation with James Turrell in Sonoma County.
More information about Untitled, Monuments can be found at Untitled, San Francisco's official website here.
Share
../../../components/articles_grid/view.coffee