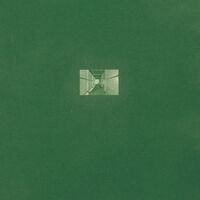 View all works
Career highlights
Group show at a major institution
The Museum of Modern Art (MoMA), and 1 more
Reviewed by a major art publication
Artforum
Included in a major biennial
Whitney Biennial
See all past shows and fair booths
Bio
Submitted by Galerie Nordenhake

Alan Uglow is widely known for subtle paintings composed of monochrome rectangular fields edged and bisected by stripes of contrasting colours. When he began to paint around 1965 he was mainly interested in the boundaries of the painting. It was in fact Giacometti's setting of figures within space that made Uglow realise that with reduction he could obtain a certain kind of presence. At the same time Robert Ryman developed his highly reduced white paintings, often just showing the traces from masking tape at the edges and corners. His paintings are pristine but do not lose their touch with reality. Their seriality and uniformity does in fact relate to the ordinary and the mundane, and also the choice of titles and colours point in this direction. Alan Uglow was born in Luton, England, in 1941, and died in New York in 2011.