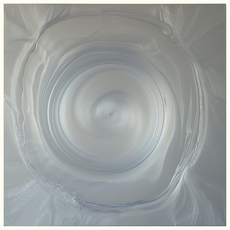 Andy Moses is an artist who lives and works in Venice, California. He was born in Los Angeles in 1962 and attended California Institute of the Arts from 1979 to 1981. At CalArts he focused on performance, film, and painting, studying with Michael Asher, John Baldessari, and Barbara Kruger. In 1981 he moved to New York and worked for the artist Pat Steir. Later that year he developed a type of process painting that is simultaneously abstract and representational. Moses is interested in pushing the physical properties of paint through chemical reactions, viscosity interference, and gravity dispersion to create elaborate compositions that mimic nature and its forces. He was in his first group exhibition at Artists Space in 1986 entitled selections. He had his first solo exhibition in New York at Annina Nosei Gallery in 1987. He has continued to exhibit his work in New York, Los Angeles, and abroad over the past twenty-five years. He moved back to Los Angeles in 2000 were he continues to refine and expand the vocabulary of his specific painting processes, imagery, and interrelationships with the technical and natural world.