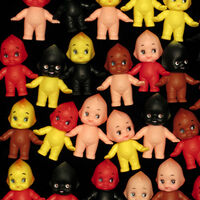 Born and raised in Boston, Massachusetts, Barron Claiborne is a self-taught photographer who moved to New York city in 1990 where he quickly became noticed for his evocative portraiture, most notably, his image King of New York featuring rapper Biggie Smalls wearing a plastic crown.

Claiborne’s photographic influences are often derived from his Southern and African ancestry, and he uses his work as a canvas for representing the tales and oral traditions at the roots of his heritage. For the past 3 years, Claiborne has worked on an 8×10 Polaroid project focusing on the bodies of women, saints, and goddesses. Claiborne’s seminal work, (Old) Orleans Before The Deluge (Triptych) #2, USA, c. 2005 is also in the collection of the Brooklyn Museum.

Claiborne’s work has appeared in a number of publications including Newsweek, New York Times Magazine, Rolling Stone, and Interview and have been shown and collected by museums and private collections nationally and internationally.