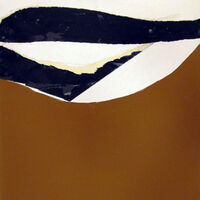 View all works
Career highlights
Group show at a major institution
The Museum of Modern Art (MoMA), and 1 more
Included in a major biennial
Whitney Biennial
See all past shows and fair booths
Bio
Submitted by Modern West

From an early age, Beatrice Mandelman was determined to be an artist. At age twelve, she began taking classes at the Newark School of Fine and Industrial Art, and later went on to study at the Art Students League in New York City. In 1935 Mandelman was employed by the WPA as a muralist and printmaker. During this period she was associated with numerous New York School artists including Louis Lozowick, Willem de Kooning, Jackson Pollock and Stuart Davis. By 1941 Mandelman's works were included in important exhibitions at the Museum of Modern Art and the National Gallery of Art.

In 1942 Mandelman traveled to Santa Fe, New Mexico, to visit John Sloan, and later decided to settle in Taos. Though Taos was a well-known art community, at the time there were no galleries exhibiting modern art, however that soon changed when an influx of artists from New York and California during the 1940's and 1950's joined Mandelman in Taos. A group of these artists including Ed Corbett, Agnes Martin and Oli Sihvonen, would become known as the "Taos Moderns."

Mandelman was a dedicated painter. In Northern New Mexico she found the freedom to develop a style that was distinctly her own. Inspired by the light, the local color, the landscape and the confluence of diverse cultures in Taos, her work flourished.