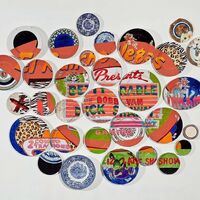 Miguel graduated in Fine Arts and Painting from the the School of Visual Arts, Federal University of Rio de Janeiro. Currently, he teaches art and art theory at Federal University of Rio de Janeiro and at the School of Visual Arts, Parque Lage. He also curates Mais Pintura: The Light that Veils the Body is the One that Reveals the Canvas, a project and publication series dedicated to the emerging generation of Brazilian painters.