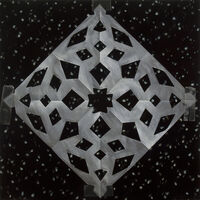 View all works
Career highlights
Group show at a major institution
The Museum of Modern Art (MoMA)
Collected by a major institution
Museum of Modern Art (MoMA)
Reviewed by a major art publication
Artforum, and 1 more
Included in a major biennial
Whitney Biennial
See all past shows and fair booths
Bio
Submitted by Hollis Taggart

Catherine Murphy is a realist painter whose particular choice of subject matter is enriched by her close observation of quotidian tableaux. While the work of her predecessors and contemporaries in the genre explores the most irresistible, punchiest of surfaces (the perfect raindrop, faces of well known celebrities, jars of sticky candies), Murphy sheds light on explored territory – that which exists right under our noses.

Murphy’s subject matter is never precious. She is drawn to surface in the same way as other photorealist painters, but her snippings of hair left in the flooded sink or words drawn with fingers on a frosty window carry more allure than something considered conventionally interesting. Her work is observational and honest, and she has a knack for closely looking at the overlooked.

Murphy has argued that she is not obsessed with form per se and that she never paints the same things twice. Rather, as she explains, her paintings are meant to “slow things down.” Even if her paintings take years to complete (which they often do), they manage to capture a cluster of moments in a single image, suspending in time what otherwise might go unnoticed. Her work confronts the limitations of the photograph, which is only able to snap what exists within the picture field at a single moment. Murphy has been known to allow multiple moments and an excess of time to coexist in a single composition in order to achieve the most successful painting.

Murphy was the recipient of the Robert de Niro Sr. Prize in 2014, and her work is included in the permanent collections of the Metropolitan Museum of Art, the Smithsonian American Art Museum, and The Museum of Modern Art among many others. She has been awarded two National Endowment for the Arts grants (in 1979 and 1989), a Guggenheim Fellowship, and she is a member of the American Academy of Arts and Letters.