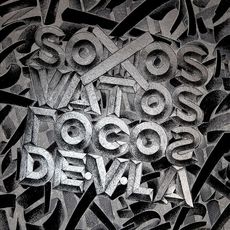 Charles (Chaz) Bojórquez is considered one of the originators of the “graffiti movement” as well as the godfather of cholo writing. Like many artists of his generation, Bojórquez found inspiration through the Chicano movement for civil rights to create art that channels numerous social and aesthetic angles. The Mexican-American artist grew up in Los Angeles in the ’50s and ’60s where he was introduced to the deep-rooted practice of cholo lettering styles – known as placas. Particularly in East Los Angeles, latino gangs tagged buildings in their neighborhoods to claim their territory with these places which was dictated by an honored code of writing. In 2011, Bojórquez told the Los Angeles Times: “The typeface is Old English, some people call it Gothic. It goes back to the first printing press, the Gutenberg, where the Germans used it to represent the government. It’s a prestigious typeface used in birth certificates, the Declaration of Independence and newspaper logos like the L.A. Times. That’s why in the ’40s gang members used it to define their neighborhoods — they’d make a ‘roll call’ or list of names to mark their territory.” Along with the Chicano movements influence, Bojórquez’ studies in Asian calligraphy under Master Yun Chung Chiang was instrumental in developing his unique style of cholo writing. Unlike traditional graffiti art, Bojórquez favors brush and paint over spray paint. This allows the meticulously precise lines — the hallmark of his unique style. Bojorquez’ paintings features a blend of overlapping writing styles, simulating successive layers of paint united on a wall. He uses many tonal variations that range from silver gray to black that add a subtle effect to the textural density of his dynamic compositions.