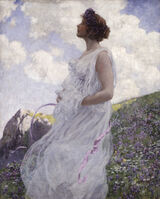 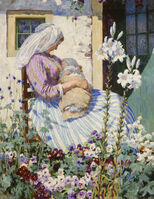 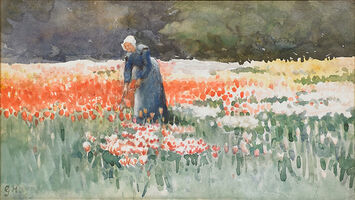 George Hitchcock spent most of his career abroad in Holland as one of America’s leading expatriate painters. After receiving a degree from Harvard Law School and pursuing an unsuccessful law career, Hitchcock left the U.S. to study art abroad. He studied at the Acadmie Julian in Paris, and continued his training in artists’ studios in Dusseldorf and the Hague. His style was equally influenced by European academic painting and the increasingly popular Impressionism; his deft brushwork in rendering natural light earned him the nickname “painter of sunlight.” Hitchcock was particularly drawn to rural Dutch culture, and many of his paintings feature tulips, Dutch landscapes, and peasants in traditional costumes. He was also frequently commissioned to paint religious subjects; some of his most well known patrons included Emperor Franz Joseph and Empress Elisabeth of Austria. 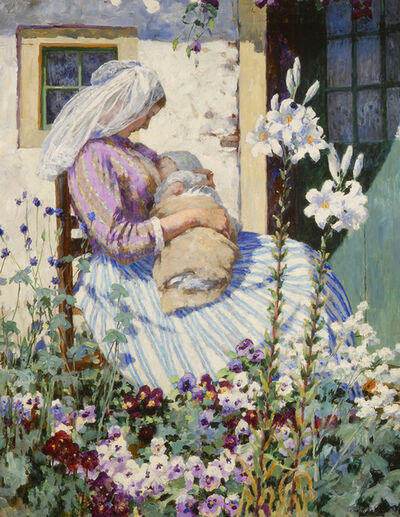 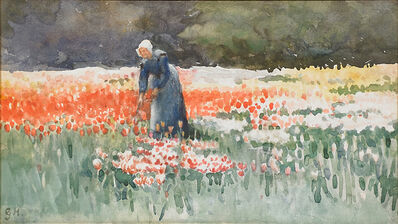 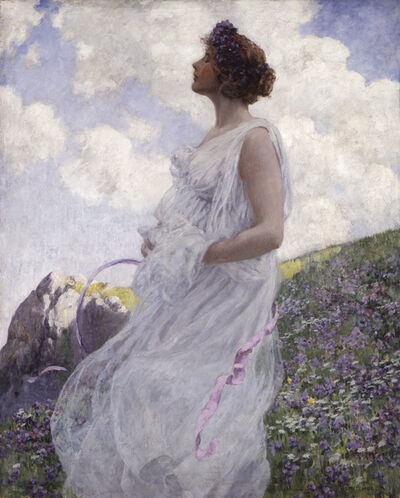