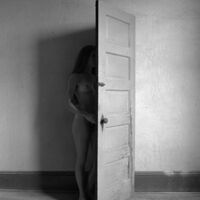 View all works
Career highlights
Group show at a major institution
The Museum of Modern Art (MoMA), and 1 more
Collected by a major institution
Museum of Modern Art (MoMA)
Reviewed by a major art publication
Artforum
Included in a major biennial
Fotofest International
See all past shows and fair booths
Bio
Submitted by Contemporary Works/Vintage Works

George Krause was born in Philadelphia in 1937. During the 1950s, Krause studied painting, drawing, sculpture and photography at the Philadelphia College of Art (PCA).

While he was serving in the US Army between 1957 and 1959, Krause turned his attention fully to photography, spending his free time documenting the culture of the black neighborhoods in the racially segregated communities of South Carolina.

He returned to Philadelphia in 1959 for more coursework at PCA, and he continued taking photographs of urban life. Krause enjoyed considerable early success with this social documentary work.

In 1960, Edward Steichen purchased a photograph for the Museum of Modern Art. In 1963, Art in America selected Krause as the only photographer for its annual "Young Talent Award USA", and the new MOMA photography curator, John Szarkowski, added seven Krause prints to the museum's collection. In the same year, Szarkowski curated Krause into the exhibition, "Five Unrelated Photographers" with Garry Winogrand, Ken Heyman, Jerry Liebling and Minor White, and the George Eastman House included Krause's work in two exhibitions.

He received the first Prix de Rome and the first Fulbright grant ever awarded to a photographer, two Guggenheim Fellowships and three grants from the National Endowments for the Arts.

His work is represented in collections at The Museum of Modern Art in New York; The George Eastman House; The Library of Congress in Washington D.C.; The Bibliotheque Nationale in Paris; The Philadelphia Museum of Art; and The Carpenter Center for the Visual Arts at Harvard University.

George Krause, until he retired, was the Director of Photography at the University of Houston, Texas.