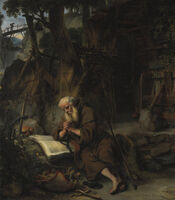 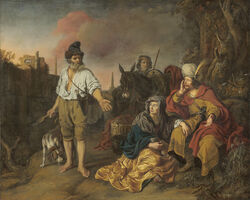 Gerbrand van den Eeckhout was known as one of Rembrand van Rijn’s most devoted students and closest friends. In fact, his technique was so faithful to Rembrandt’s that his paintings were sometimes mistakenly attributed to his master. Van den Eeckhout was also influenced by Rembrandt’s teacher, Pieter Lastman, whose theatrical realism and illusionism sometimes appeared in the artist’s own compositions. Above all, van den Eeckhout was known for his versatility and use of multiple styles, depending on his subject matter. His history paintings followed Rembrandt’s style, while his portraits showed Flemish influences and his landscapes were similar to those of his peer Roeland Roghman. He mastered several mediums during his career, including metalwork, etching, and drawing, and developed a distinct style of painting domestic interiors. The artist also frequently included portraits in his history paintings, pioneering the genre of portraits-histoirés. 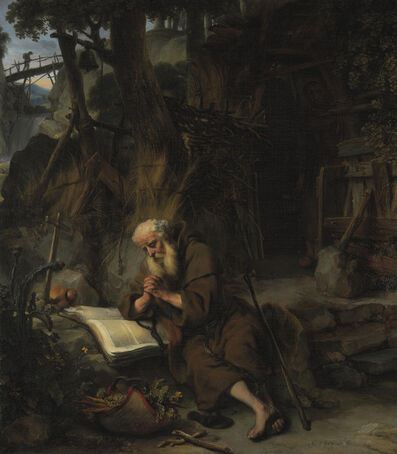 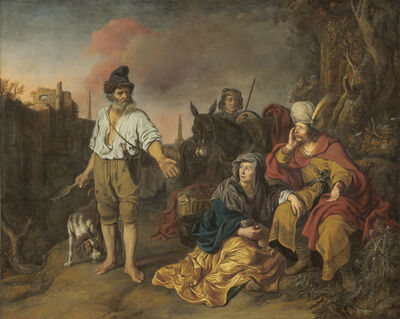