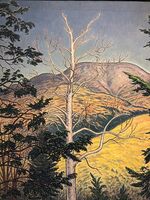 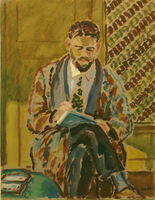 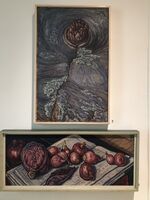 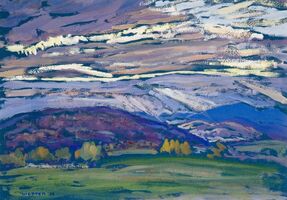 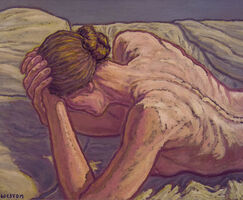 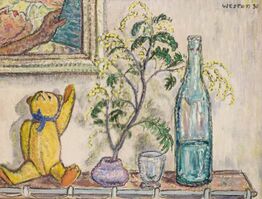 Simple forms and rhythmic composition define Harold Weston’s Impressionist-style paintings. His subject matter was frequently inspired by his travels and ranged from landscape paintings of the Adirondacks and Pyrenees, to “landscape nudes” of his wife, to domestic realism and, later in life, to abstraction. Weston gained prominence in the early 1900’s in part because of long-standing friendships with gallery owner Newman Montross and collector Duncan Phillips (whose collection is now the Phillips Collection in Washington D.C.). While Weston's art was widely shown in his lifetime, he is often remembered more for humanitarian efforts including extensive work with United Nations relief projects and as a co-founder of the National Council on the Arts and Government (which in 1965 would create the National Endowment for the Arts).