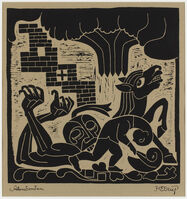 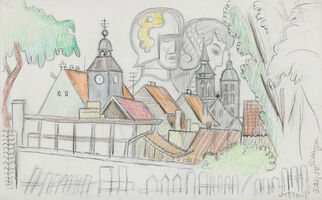 A graduate of the Royal Danish Academy of Art, Henry Heerup was a painter, printmaker, and sculptor, who worked with the language of Danish myth and folktales. In 1949 he joined CoBrA, a group of likeminded artists that took their name from the capitals of the countries where its members originated: Copenhagen, Brussels, and Amsterdam. Inspired by Marxism, they championed an art of the people and looked to the folk traditions of their home countries. After the group’s dissolution in 1951, Heerup remained extremely productive and worked in any material that was handy, including trash and found materials. His legacy is honored at the Henry Heerup Museum in Rødovre, Denmark. 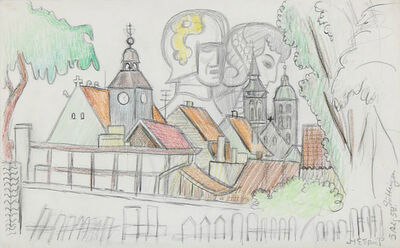 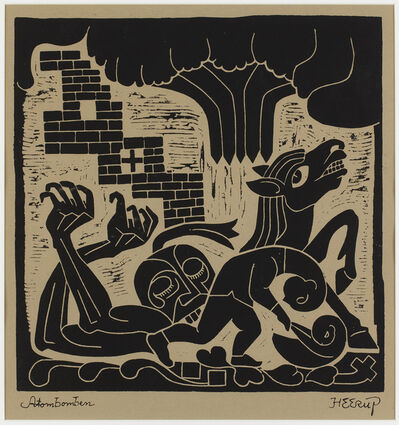 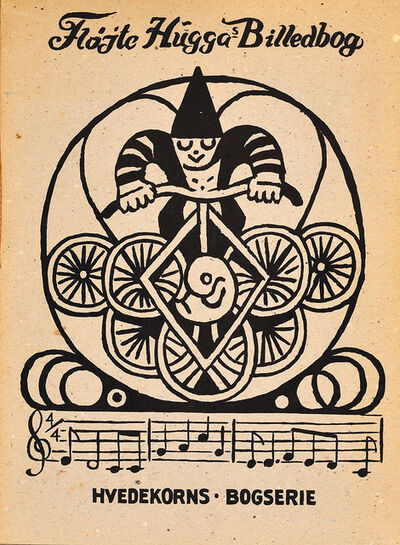