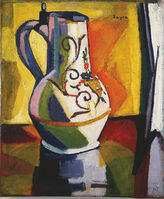 H. Lyman Saÿen is considered one of the foremost American pupils of Fauvism, and is credited for bringing innovative European theories of painting to the then-conservative Philadelphia art community. Even though Saÿen was a respected member of the Salon d’Automne in Paris, it was not uncommon for American critics of his time to puzzle over Saÿen’s vanguard style. Saÿen studied with Henri Matisse while abroad, after spending time at the Pennsylvania Academy of Fine Arts; his ultimate style would also draw from multiple modernist movements, though most strongly from Fauvism and Cubism. In his opinion, modern painting was meant to be “the making of reality, not the representation of it.” Later in his career, Saÿen incorporated Native American decorative motifs in his work. Saÿen was also a successful scientist with four patents to his name. 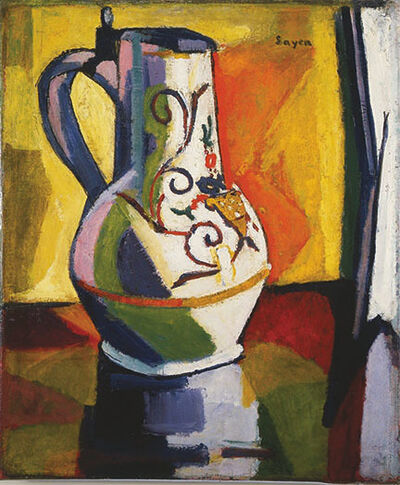