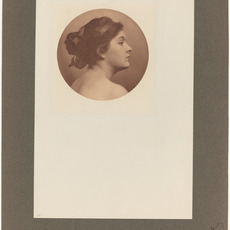 James Wells Champney (1843 – 1903) was an American genre artist and illustrator noted for his portraits, oriental scenes and American landscapes.

In 1873 Champney was chosen to accompany Edward King on a journey through the American South. King had been commissioned by the editors of Scribner’s Monthly magazine to write a series of articles in order to “present to the public, through the medium of a popular periodical, an account of the material resources, and the present social and political condition, of the people of the States formerly under the domination of slavery,” and “to give the reading public a truthful picture of life in a section of the country which has, since the close of a devastating war, been overwhelmed by a variety of misfortunes, but upon which the dawn of a better day is breaking.” Each month a different part of the South was featured. Each article was accompanied by steel engravings of the people, landscape and buildings of the region. Many of these were based on the 500+ sketches done by Champney on his 20,000 mile journey.