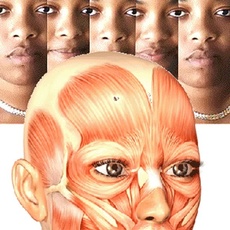 View all works
Bio
Submitted by The Untitled Space

Jeanette Hayes (b. 1988) is a painter/multimedia artist based out of NYC. Originally from Chicago, Hayes moved to NYC and received a BFA from Pratt Institute. Her work addresses the traditional preservation of non-traditional technological imagery through painting, video, digital manipulation, and Internet collages. Hayes’ interests include cultural phenomena and the confrontation of conventionality and subject matter. Hayes has made animated GIFs and videos for Proenza Schouler, CHANEL, Alexander Wang, and Opening Ceremony and has done an artist sponsorship with BlackBerry. i-D Magazine put her on their 30 under 30 list, Complex Magazine chose her as an artist to watch, The New York Times featured her in their first “Up Next” column, Interview magazine did an artist feature, and most recently, TimeOut New York chose Hayes as one of the “5 most important new artists in New York City.” Exhibitions of her work at The Untitled Space include "SECRET GARDEN: The Female Gaze on Erotica" as well as "EDEN" at Spring/Break Art Show 2019. Jeanette Hayes currently lives and works in New York City.