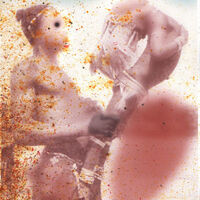 Being a "documentation archaeologist", as Jörg Herold calls himself, he follows the mechanisms of remembrance, ensuring, saving and investigating. As a result of his journeys to real places - like the Caucasus - and imaginary places of memory actions, films, installations and drawings evolve that focus on the cultural memory and the creation of historical links.

In 1991 an 1995 he participated at the biennials in Sydney and Venice. With the film "Körper im Körper" Jörg Herold was part of the documenta X in 1997. For the Bundestag in Berlin, he created the art on construction project "Lichtspur über der Datumsgrenze" that was inaugurated in 2003.
On the occasion of the awarding of the art prize "Junge Stadt sieht junge Kunst" the city gallery of Wolfsburg dedicated a solo exhibition to Jörg Herold in 2005. In this context the largest monograph of his work so far was published.