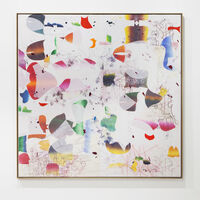 Born in 1954 in Madrid, Spain.
Lives and works in Majorca and Paris.

José Maria Sicilia has always been deeply sensitive to nature, and has devoted much of his career to question immaterial space between art and life, between Eros and Thanatos. Beyond their immediate and disturbing beauty, the works of José Maria Sicilia transpose us in frontier territories, where the familiar becomes strange and where memory is “mise en abîme”.