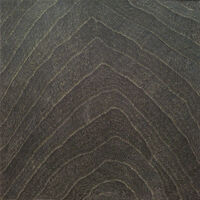 Lily Kelly Napangardi (born c.1948) is a distinguished Aboriginal artist born in the Haasts Bluff region of the Northern Territory of Australia.

In her earlier years, Napangardi lived with her family at the settlement of Papunya, but later moved to Watiyawanu (Mount Liebig - 325 km west of Alice Springs) (with her husband Norman Kelly, also an artist). Napangardi is a respected senior law woman of her community of Watiyawanu, and the custodian over the Women's Dreamtime stories associated with Kunajarrayi.

Lily Kelly Napangardi began painting in the early 1980s. She won the Northern Territory Art Award for Excellence in Aboriginal Painting in 1986 and was a finalist in the Telstra National Aboriginal and Torres Strait Islander Art Award (NATSIAA) in 2003. In January 2006, she was named as one of Australia's 50 most collectable artists by Australian Art Collector magazine.

Napangardi's paintings are of her country, especially of the sand hills (Tali) around Mount Liebig. They are usually done in white (sometimes, red or yellow) dots on black background, presenting an almost three-dimensional illusion of space and depth. Some rarer examples of her work are painted in two colours (mainly white and red) on black background. Today Lily Kelly Napangardi's art is recognised as some of the most innovative in the contemporary Aboriginal art scene. It is highly sought-after by museums and private collectors worldwide.

Her name is sometimes incorrectly spelt 'Lilly', with double L, but the artist signs her work as 'LILY Kelly'.