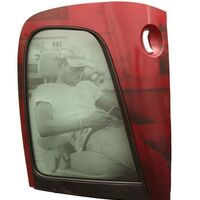 In Mohamed Bourouissa’s earliest bodies of work—"Nous Sommes Halles" ("We Are Halles," 2003-05), "Périphérique" ("Peripheral," 2005–09), "Temps mort" ("Time Out," 2009)—certain tenets of his practice were already in place: rituals of friendship, a focus on alterity and the role images play in channels of distribution, investigations into the politics of representation and subjectivity. Seeking to humanize his community as social subjects, Bourouissa engages all sorts of imagery, initiating agency where is it often deprived—scenes of riots re-enacted by their protagonists, images filmed using a mobile phone smuggled to a prison inmate, or with hidden cameras given to cigarette sellers in Barbès, Paris. Spanning photography, film, drawing, and sculpture, Bourouissa’s work is a hybrid of documentation and formal composition, collaborative choreographed representations of reality on the margins, channeling a wide range of historical precedents from Caravaggio and Delacroix to Fanon, rap music, and the Harlem Renaissance.