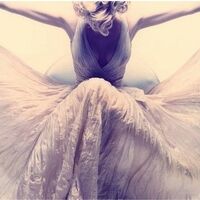 Nick Knight has worked on a range of often controversial issues during his career - from racism, disability, ageism, and more recently fatism. He continually challenges conventional ideals of beauty.

Born in London in 1958, Knight studied photography at Bournemouth & Poole College of Art and Design. He graduated with a distinction in 1982. In 1985 his first book, Skinheads, won him the Designers and Art Directors Award for Best Book Cover.
Yohji Yamamoto’s art director Marc Ascoli commissioned Knight for 12 successive catalogues in the late Eighties - at a time when Yamamoto campaigns were breaking new ground. Knight made fashion history in November 1993 by adapting ring-flash photography to capture Linda Evangelista for a landmark, post-grunge cover of British Vogue. Since then, his work has graced no fewer than 36 covers.
He has shot advertising campaigns for Jil Sander, Louis Vuitton, Calvin Klein, Yves Saint Laurent, Vivienne Westwood, Alexander McQueen and Christian Dior to name a few. He has also shot record covers for David Bowie, Paul Weller, George Michael and Massive Attack.

Knight’s work has been exhibited at institutions such as the Victoria & Albert Museum, Saatchi Gallery, The Photographers’ Gallery, the Hayward Gallery and recently the Tate Modern. He has produced a permanent installation, Plant Power, for the Natural History Museum in London.
He was awarded the prestigious Moet Chandon Fashion Tribute for 2006. In 2010, he received an medal as Officer of the Most Excellent Order of the British Empire in recognition of the contribution he has made to the arts over his illustrious career.
Knight has also turned his hand to directing music videos - Pagean Poetry by Björk in 2001 being his first and, most recently, Kanye West’s Bound 2. He directed the video for Lady Gaga’s hit single Born This Way in 2011. Both the song and the video aimed to empower and show solidarity within minority groups, a common theme in Knight’s work.